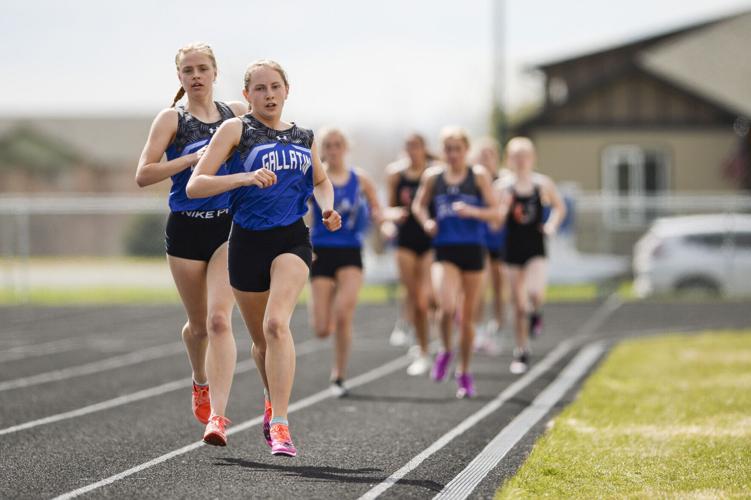 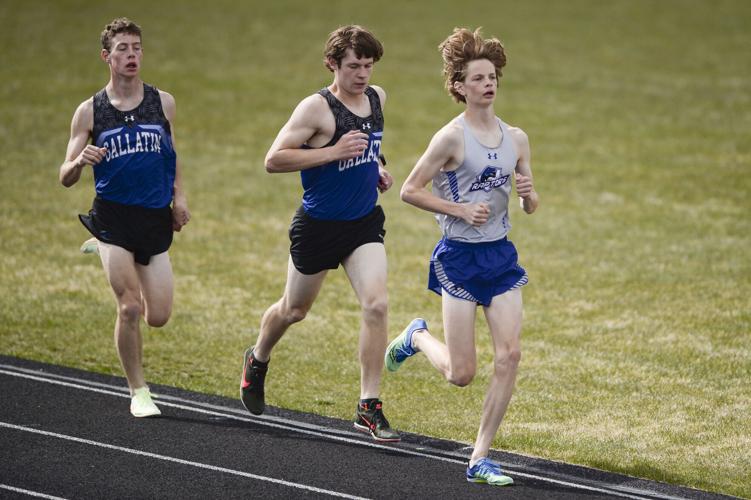 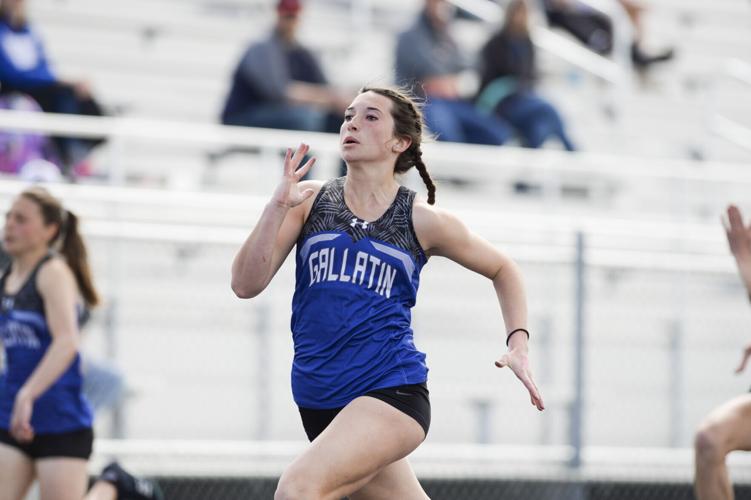 Gallatin’s Natalia Antonucci competes in the 100-meter dash during dual meet against Billings Senior on Friday at Gallatin High.

Gallatin’s Natalia Antonucci competes in the 100-meter dash during dual meet against Billings Senior on Friday at Gallatin High.

Before the boys 800 meters race even started, there was some friendly competition brewing between the Gallatin runners.

There was smack talk leading up the race between juniors Carson Steckelberg and Garrett Dahlke — neither of whom normally run the 800 meters — and a coach even yelled from the sideline, “Carson, don’t get beat by Garrett.”

As the starting gun went off, Dahlke surged ahead to the front. Dahlke had never run an 800 in high school so he was relying on his 400-meter speed. While he held the lead into the bell lap, Steckelberg made his move on the final turn, kicking to secure first place at the line.

Steckelberg added that the main goal of the day was to have fun, which seemed to be the consensus among the Gallatin athletes at the Raptors’ dual meet against Billings Senior Friday. One reason was that it was Gallatin’s first time recognizing the seniors on the track and field team.

Twenty-four seniors were recognized alongside friends and family before the 400 meters race, including sisters Lily and Penny Macfarlane.

“It was cool because I got to watch the (previous senior nights) my freshman and sophomore year,” Lily Macfarlane said. “You see all the parents (of the kids) from around the school. It was fun.”

Another reason for fun being the focus was that Friday’s dual marked Gallatin’s third meet in the past week after the Skor Dekam Invitational last Saturday and the Midland Roundtable Top 10 meet on Tuesday.

Steckelberg notably came away with a pair of second-place finishes at the Top 10 meet in the 1,600 meters (4:28.07) and 3,200 meters (9:48.95). He added that he enjoyed the level of competition, like getting to race against Bozeman junior Weston Brown in the 3,200 for the first time this season and Red Lodge senior Brandon Emineth in the 1,600.

The Gallatin boys team also came away with a first-place team finish at Top 10, a significant improvement from last year’s sixth-place finish. Competing at both Skor Dekam and Top 10 was also a return to normalcy after the 2021 season consisted mainly of duals.

“It was awesome,” Steckelberg said. “Last year we ran Top 10 and it was this huge deal. It was our best competition we’d face all year. Then this year it was kind of like, ‘OK, we’ve had big meets. It’s time to actually run some big times and compete at the highest level we can.’”

Steckelberg also said how proud he was of his friend senior Peter Rehberger for breaking two minutes in the 800 meters over the weekend. Rehberger first ran a personal-best 1:59.74 at Skor Dekam and a 1:59.79 at Top 10.

Rehberger said it helped running with friend and rival Bozeman sophomore Nathan Neil, who took first in the 800 meters at Top 10 in a personal-best 1:57.36.

“He definitely pushes me because he’s going a little faster than I am right now,” Rehberger said. “And so I’m pushing with him to try and catch up to him.”

Rehberger added that he’s “coming off a long week” and also just wanted to have fun Friday. He ran the 1,600 meters alongside teammates freshman Kiedis Macfarlane and junior Eli Blythe, eventually winning in a personal-best 4:47.38.

Rehberger said his goal was to run the first two laps slower and the final two laps at his usual 800 meters pace. He added that running with teammates the whole way helps, too.

“We’ve got a really great team this year and we all work together really well,” Rehberger said. “It’s really great. They push each other.”

That feeling of camaraderie is similar on the girls team as well. After setting two new personal bests in the 800 meters (2:22.86) and the 1,600 meters (5:21.44) at Top 10, Lily Macfarlane said it was racing on a bigger stage and alongside teammates that boosted both her confidence and times.

“It’s definitely what helped me PR because last year I also didn’t have (Gallatin freshman) Claire (Rutherford) to run with,” Macfarlane said. “So (before) it was kind of running by myself. So it was nice to have people to pace off of.”

On Friday, Lily Macfarlane won the 400 meters in a personal-best time of 1:03.30. But she also got to run alongside Rutherford once again in the 1,600 meters. Rutherford ultimately won the race in 5:33.81 and Macfarlane finished second in 5:42.07.

“I definitely could feel her behind me so that was a good push to get me to keep going,” Rutherford said. “It was interesting trying to pace myself through the entire thing. But it was awesome having her there the entire time.”

Rutherford added that her fellow distance runners have been integral to her successful freshman year thus far. She said she has an “awesome team” that she looks up to as role models, such as the Macfarlane sisters and senior Alexis Holton.

Rutherford said that came in handy this past week at Skor Dekam and Top 10.

“I get really nervous (before races),” Rutherford said. “So they were just helping me (and telling me), ‘It’s going to be OK.’ And just having race strategies to look to them (for) and figure out more for myself with their help.”

Rutherford now ranks fifth in the 1,600 and seventh in the 3,200 in Class AA, and said “it’s all kind of insane” that as a freshman she’s having this kind of success.

“It’s awesome to have that in the back of my brain,” Rutherford said. “But I also just need to remember it won’t always happen. I won’t always get those PRs. And I’ve just got to keep practicing hard and have good mental strategy.”

In total, both the Gallatin boys (98 points) and girls (81 points) teams won the meet.

Gallatin will next face Bozeman and Butte at a triangular Thursday in Butte.