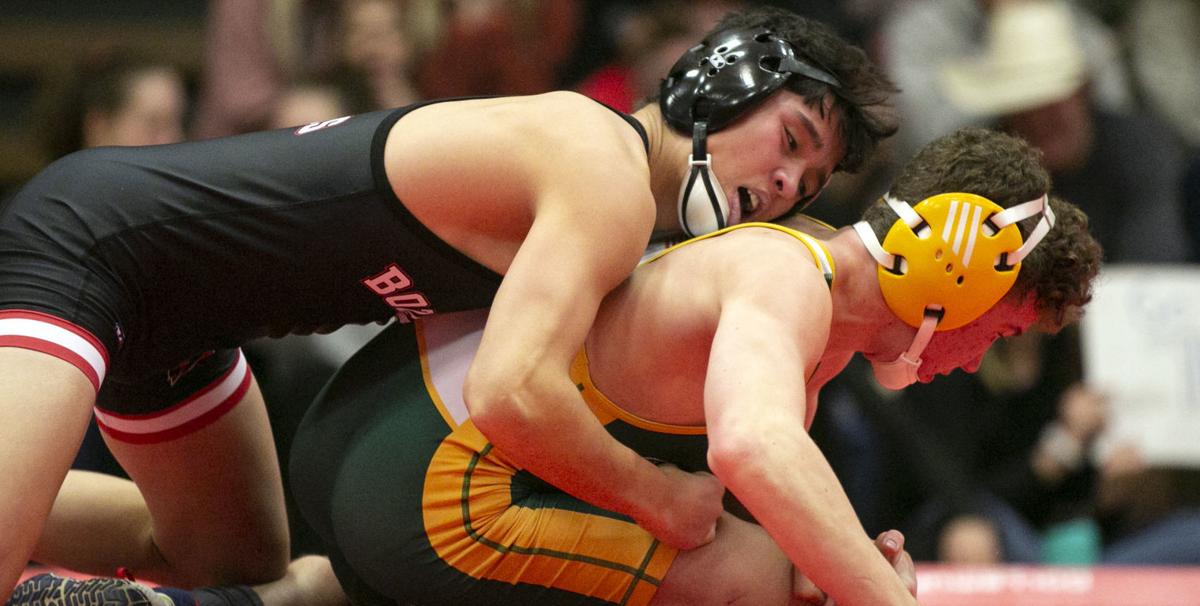 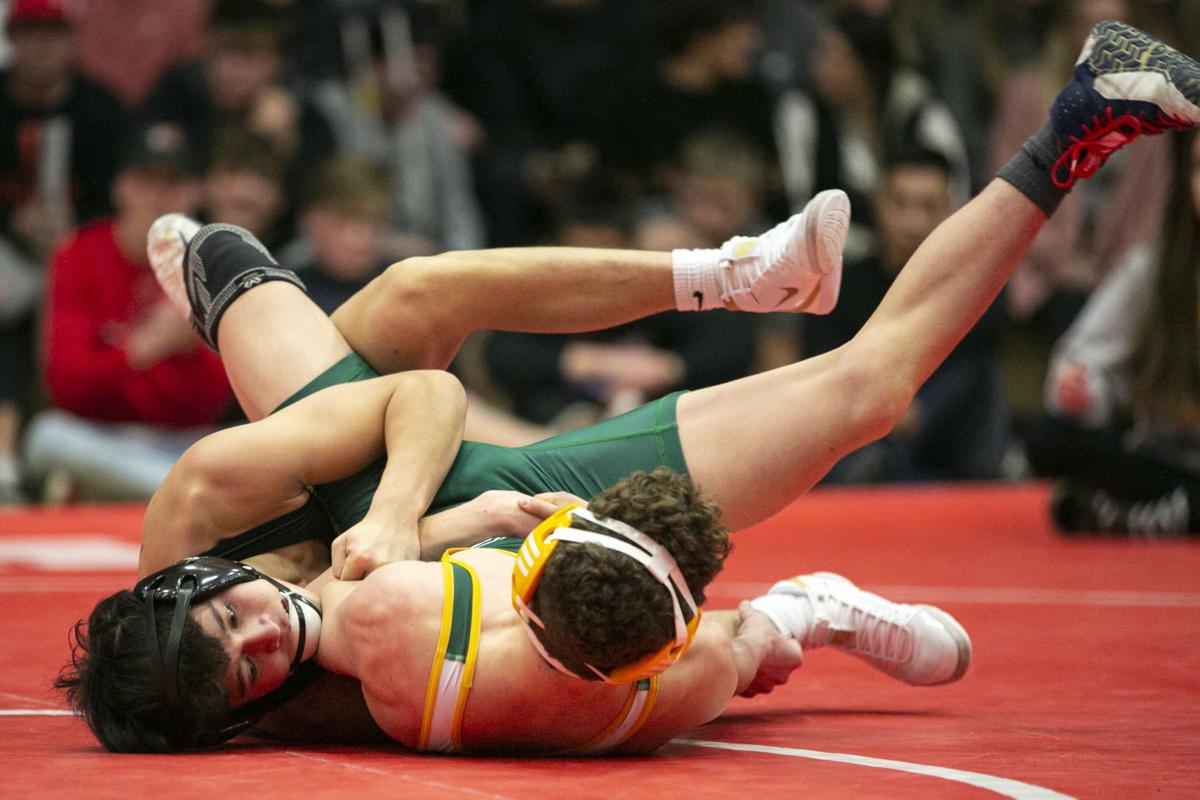 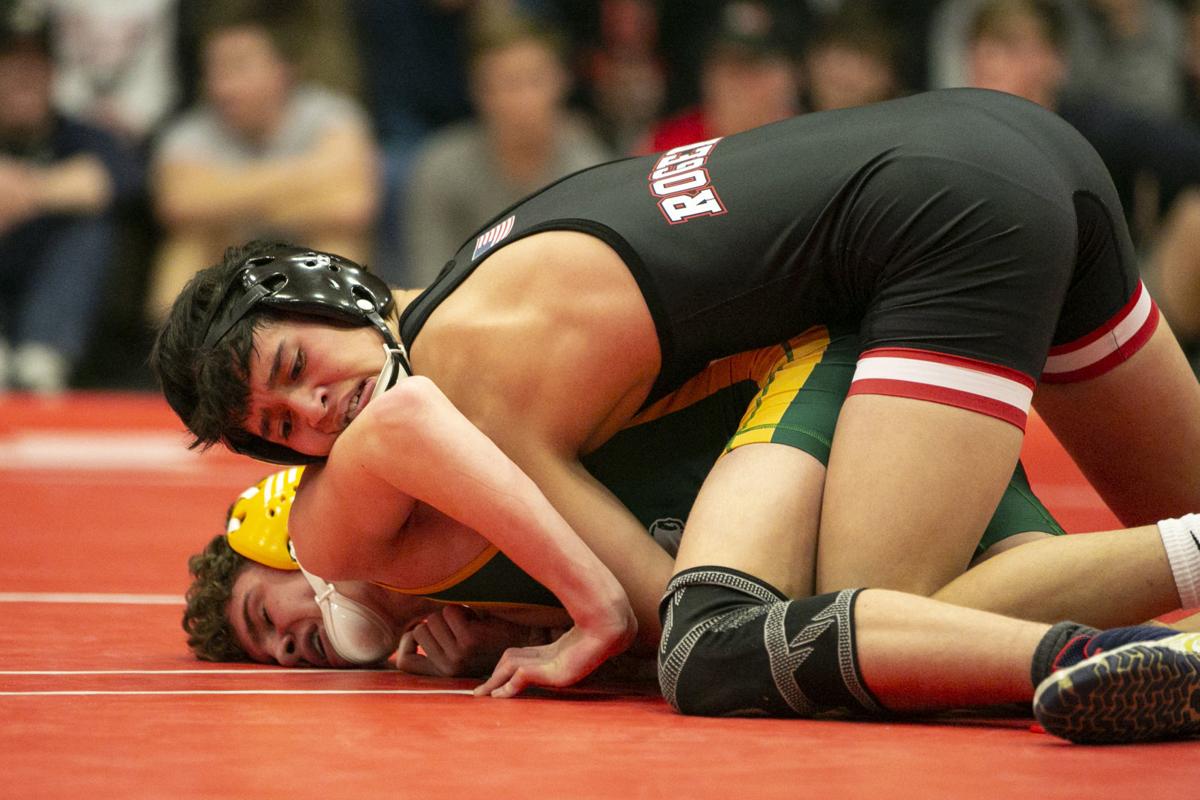 Opportunity means everything to Tayt Rogers and his family.

The 126-pound wrestler has made the most of his chances during his Bozeman career. The senior has excelled in the classroom and the wrestling mat.

The value of opportunity has been instilled in Rogers since a young age. He is the son of a first-generation immigrant from Vietnam. His mother arrived in the United States and made the most of her opportunity, earning herself a doctorate in audiology and starting a family. His grandpa served in Vietnam’s military.

Now Rogers aims to contribute to the United States, a country that in his eyes has provided much for his family, through military service.

“To see what opportunities America has provided for my family makes me want to give back to America,” Rogers said.

The senior wrestler is waiting to hear back from the Air Force Academy and United States Military Academy before making his college choice. The discipline associated with his military background lends itself similarly to the discipline needed to excel as a Hawks wrestler and as a student.

The Hawks will continue their season in the Class AA Duals on Saturday in Great Falls.

This has helped him on the wrestling mat. He finished fourth at the Class AA tournament last season at 120 pounds. This year, he had been wrestling at 126 before suffering a severe leg injury that could potentially end his senior season early.

But as soon as Rogers was hurt, he turned his focus from the mat to rehab, an opportunity to get back and help his teammates who are, in his words, his family. Rogers is hoping to make his return Feb. 8 at the Eastern AA Divisionals, a week before the state tournament.

“Right when he broke his leg, the day he did it, he told me, ‘I’ll be back. I’ll be alright,’” Bozeman head coach Nate Laslovich said. “He’s a worker. He jumped immediately into rehab and getting ready to come back. You don’t have to tell Tayt anything. He’s totally invested and takes ownership of what he has to do.”

Rogers began wrestling at 7 years old when he joined the Hawks youth program. He’s spent the entirety of his career with fellow Bozeman wrestler and Iowa signee, Leif Schroeder. The two share a bond built through wrestling and school as they have been fortunate enough to take classes and eat lunch together often through their senior years.

They’ve also motivated each other to dominate on the mat, as Schroeder is a three-time state champion. Academically, the two have thrived together as well.

“I’ve worked out with him these last four years almost every day,” Schroeder said.

“He’s made a big impact on me. He’s a guy that does extra all the time.”

The additional work has not stalled after his injury. Rogers attends practice to improve his upper-body strength by doing workouts such as push-ups and rehabbing his leg rigorously. The extra work also extends to his senior responsibilities.

This Hawks team, led by a strong senior group, has a chance to become the first Bozeman squad to repeat as the Class AA champion. In addition to Rogers being hurt, a number of older Hawks have been nursing injuries, such as Schroeder and fellow senior McCade O’Reilly.

The injuries have provided opportunities for younger wrestlers to step up and contribute to the team. Rogers has put the onus on himself to help the underclassmen every step of the way.

Managing his time has included having to skip out on social opportunities. If Rogers has a project or important test, staying in and fulfilling his responsibilities by studying is an easy decision for him.

The senior radiates maturity and has provided a path for success to the younger Hawks.

“He’ll be a perfect fit for whatever he ends up doing in life,” Laslovich said. “He’s a special kid.”