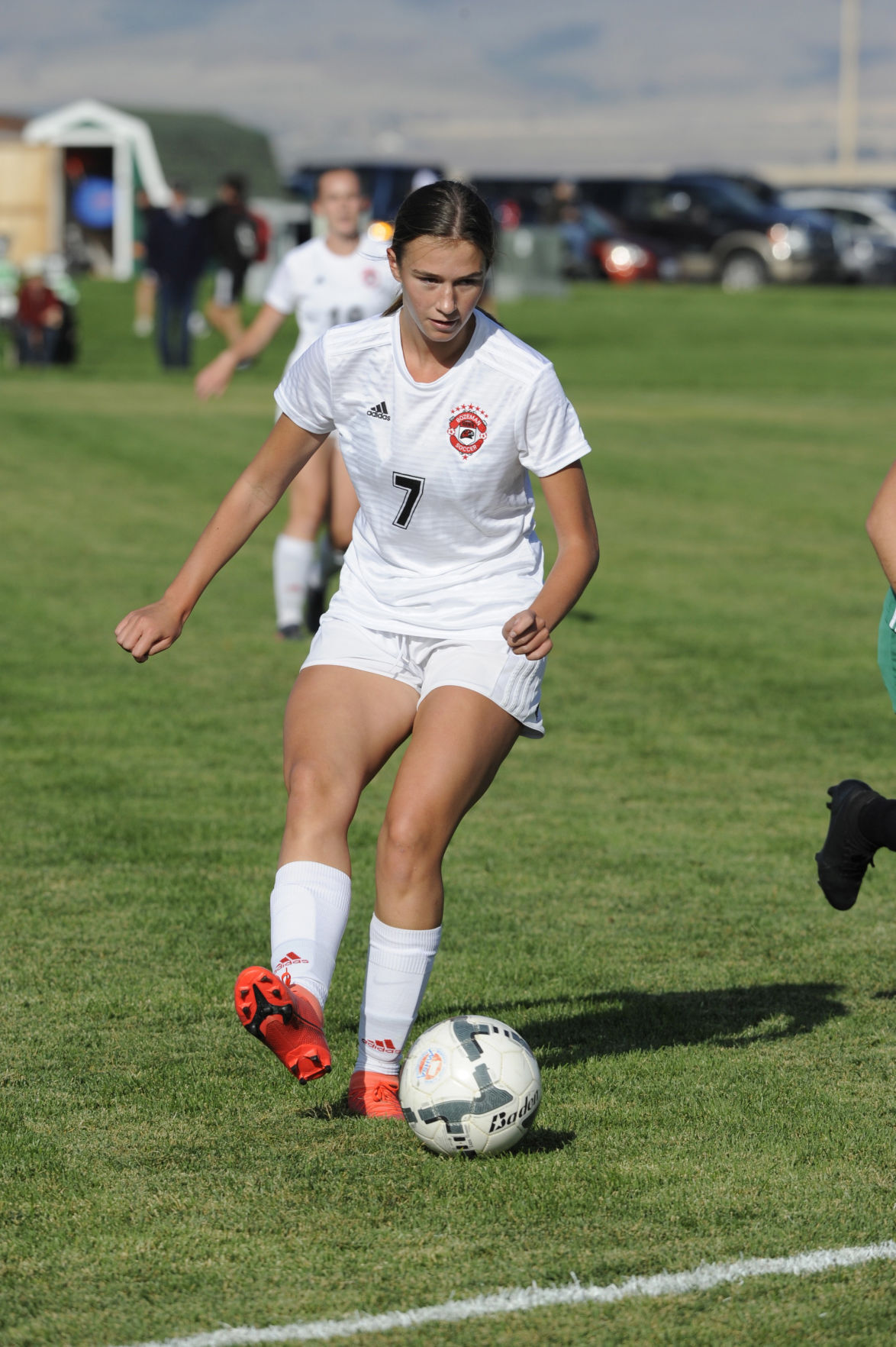 Payton Putnam was 10 feet away when her friend, Addi Ekstrom, fell to the ground.

Putnam had played with Ekstrom since they were 8 years old. They were elevated to Bozeman’s varsity team together as freshmen. Putnam has seen Ekstrom quickly hop back on her feet after falling countless times. When Ekstrom remained down, Putnam knew this was different.

Ekstrom, a returning all-state senior for the Hawks, had torn her ACL in Bozeman’s first game of the season against Billings Skyview.

Fellow Hawks senior A.J. Battle’s first thought was wondering if her friend was OK. Then after some time, she began to wonder how her team would respond.

“Addi is such a big part of the team, on and off the field,” Battle said. “It’s definitely a big loss. We don’t have her, but it’s also a huge motivator.”

The Hawks made a run to the Class AA semifinals last season with Ekstrom leading them. They knew right away adjusting without her would be challenging.

So far, the Hawks have excelled. Since losing to Skyview in the season opener, the Hawks have gone on a three-game winning streak. At 3-1, they sit third in the Eastern AA and have as many wins as the top two teams, Billings Senior and Billings West.

“Seeing (Ekstrom) down like that was a little heartbreaking,” Putnam said, “but as heartbreaking as it is, we’re doing a good job of stepping up. … We just want to play for her, win for her, and do as best we can this season.”

Hawks head coach Erika Cannon said her players appeared “gut-punched” when Ekstrom was injured. Cannon understood because Bozeman had relied on Ekstrom for so much. Cannon believed Ekstrom was a strong candidate to win the Gatorade Player of the Year award this season.

Cannon also noted how pivotal these last few games have been. The Hawks have learned how to win without Ekstrom alongside them.

Cannon called Ekstrom one of the best players she’s ever coached at this level. Ekstrom was a dependable force for the team. Her playmaking ability in the middle of the field was paramount to the Hawks’ success. Both Putnam and Battle emphasized her scoring prowess and how she controlled the pace of the game.

But the Hawks are encouraged by how they’ve adjusted. Cannon said the Hawks rallied quickly. Some were thrust into leadership roles, and others have increased their responsibilities when they weren’t expecting to.

“It’s been nice to see the girls thrive on the field everywhere,” Putnam said. “Girls are stepping up when they need to. I think we’ve done a good job of taking advantage of every opportunity we get to be on the field together.”

Battle believes tough circumstances can push a team and force a bond among teammates to become stronger. She added every member of her team is capable of contributing.

She pointed to Bozeman’s 2-0 win over Belgrade on Tuesday. The Hawks capitalized on opportunities in front of the net, including on Battle’s goal, for their third straight win. This was also their second shutout during that stretch.

In Bozeman’s 4-3 win over Great Falls on Saturday, Sami Murphy recorded a hat trick. On Sept. 3, five different Bozeman players scored in a 5-0 victory over Great Falls CMR. These are simply more examples of how the Hawks have multiple players to turn to.

“I think everyone has taken this on their shoulders and moved forward with a really positive attitude,” Battle said. “I’m really proud of everyone on our team.”

Ekstrom, a Carroll basketball signee, hasn’t been on the sideline this often throughout her entire career, Cannon said. However, Bozeman’s coach added Ekstrom has shown the qualities necessary to act like another coach as she recovers. She has been already busy with physical therapy, and her surgery is scheduled for next week.

“I think that’s something she’s really good at is setting her mind to something and doing it,” Cannon said. “And I think she’ll come back even stronger, I’m sure.”

Cannon told her team Ekstrom’s absence should only provide extra motivation. Their objectives aren’t changing, and Ekstrom wouldn’t want them to.

“What I think Addi wants for them is to win and do well,” Cannon said. “We want what she wants, and we’re all working together to accomplish those goals, which is to win each game and get better each day.”