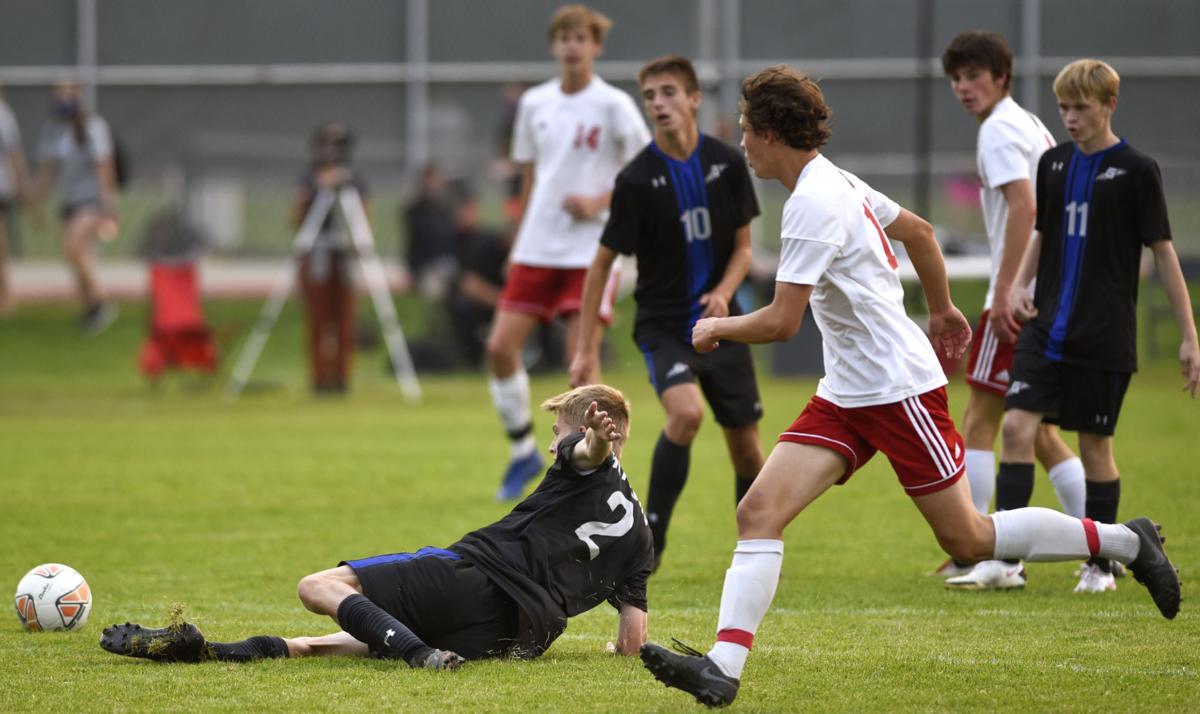 Raptors junior Nikolas Udstuen slide kicks the ball away from Hawks senior Nolan Robbins in the first-ever crosstown match between the two teams on Tuesday at Bozeman High. 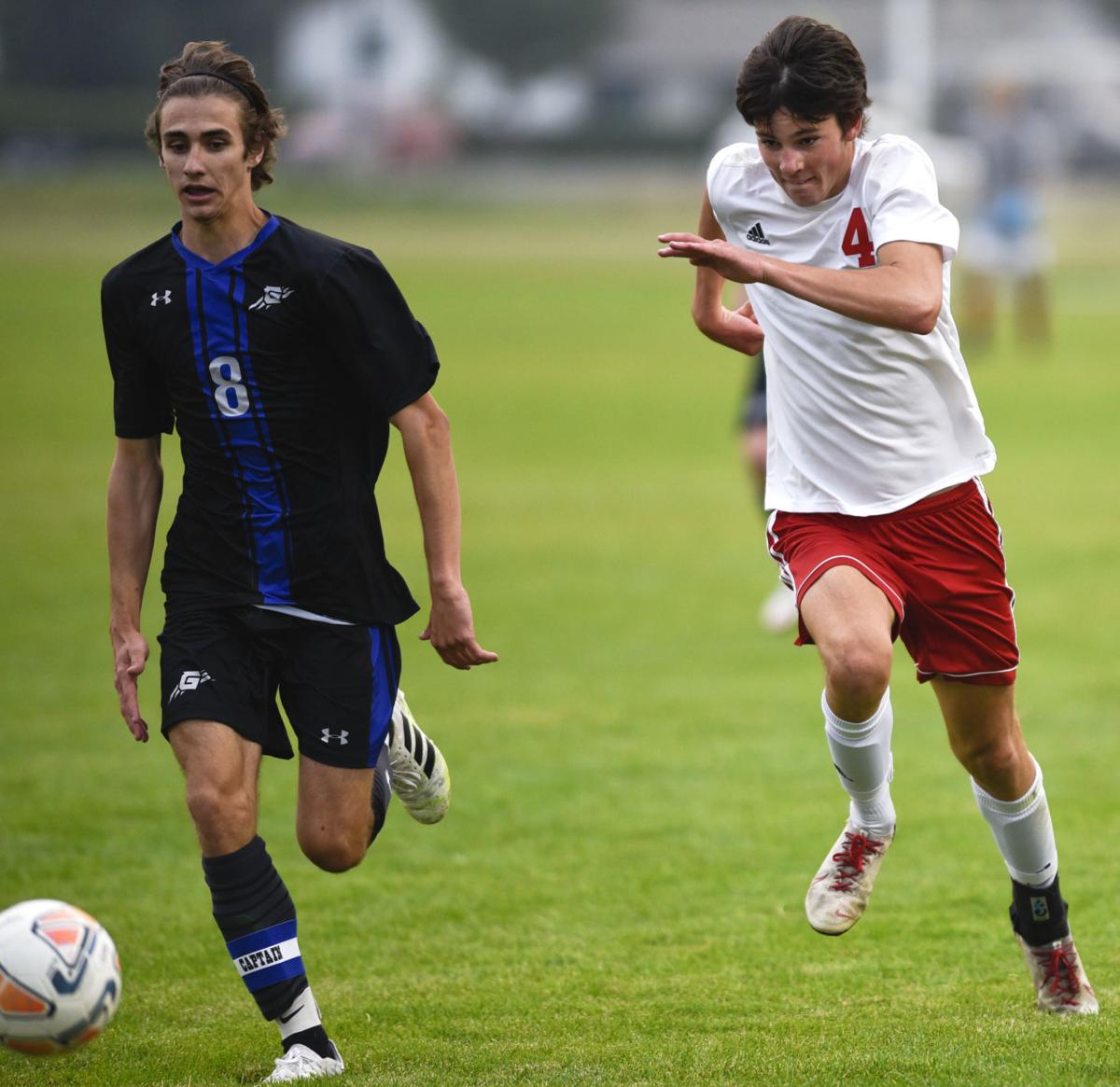 Hawks senior Will Kaiser runs to catch up with Raptors junior Patrick Williamson in the first-ever crosstown match between the two teams on Tuesday at Bozeman High. 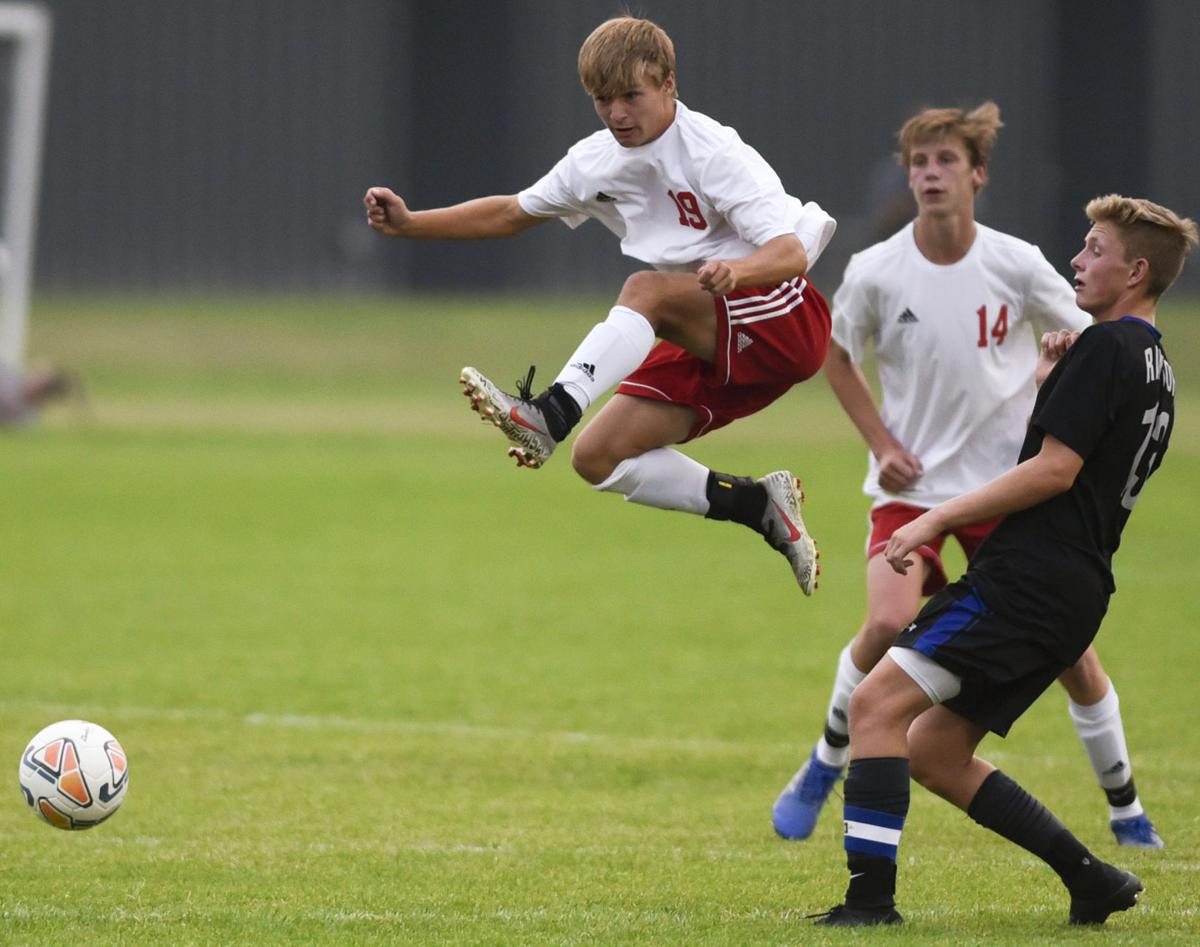 Raptors junior Nikolas Udstuen slide kicks the ball away from Hawks senior Nolan Robbins in the first-ever crosstown match between the two teams on Tuesday at Bozeman High.

Hawks senior Will Kaiser runs to catch up with Raptors junior Patrick Williamson in the first-ever crosstown match between the two teams on Tuesday at Bozeman High.

Ben Hietala had won state titles with Bozeman. He was a Gatorade Player of the Year with the Hawks. His performance here set him up for a college career, and then led to him becoming Gallatin’s first-ever head coach.

Now he was game planning against the Hawks. Sure, it was interesting, maybe even surreal to him. But he cared more about “the greatest joy” of building something new with the Raptors.

Playing against the Hawks, Hietala said, is a reminder of where the Raptors need to go.

In the first time the two teams have played each other, the Hawks defeated the Raptors 4-1 in an Eastern AA showdown on Tuesday at Bozeman High.

The Raptors (1-5) know they have more improvements to make before they defeat the Hawks (5-1).

“We’ve been waiting for this for a long time,” Hietala said. “And it’s a beautiful thing because they went to school together, they’re friends with each other, and the coaching staff knows each other, and they get to go compete in a difficult, challenging rivalry against Bozeman High, our friends and our rivals. There was a lot of excitement before the match.”

The game was played in a dense smoke created by fires in the region. Bozeman’s Drew Johnson noticed he was a little more tired than usual. Still, he wouldn’t be slowed down.

Johnson, who tied the Montana High School Association record with six goals in a single game last week, recorded a hat trick. Will Kaiser scored the Hawks’ other goal, while Gallatin’s score was recorded by Tyler Nyquist on a penalty kick.

The Hawks took command early when they scored three unanswered goals in the first half. Hietala was still proud of how the Raptors “fought until the very end” despite not having any seniors.

Most of the Hawks and Raptors knew each other, had played together and even grew up together. Nyquist said it felt like a training session a year ago “but with higher stakes.”

Johnson noted how Hietala had coached him before and complimented him for how polished the young Raptors were.

And because they knew each other so well, they also knew each other’s tendencies. Still, Johnson felt the Hawks were creative enough and played well enough on defense to earn the win.

“We knew they were good players,” he said. “We knew it was definitely going to be intense because crosstown games are always super intense.”

That familiarity, Kaiser said, allowed the Hawks to more easily predict what the Raptors were going to do. But both teams try to play a fast style.

The Hawks expected that coming in because Hietala had played for their program under head coach Hunter Terry.

“It was easier to predict what they were going to do,” Kaiser said, “but at the same time it made it harder because we were trying to play that same style. I do give them credit. They played fairly well for it being their first season.”

Still, both teams recognized this is a rivalry now, meaning the loser of each contest will likely be even more motivated to even the score in the next rematch. Nyquist noted how badly he wanted to beat the Hawks because of their past success. The Raptors are seeking to prove they can keep up with the best programs in the state.

“I think once we watch the film,” Nyquist said, “we’ll learn our weaknesses and their strong points. So hopefully next time we come out we can change the result.”