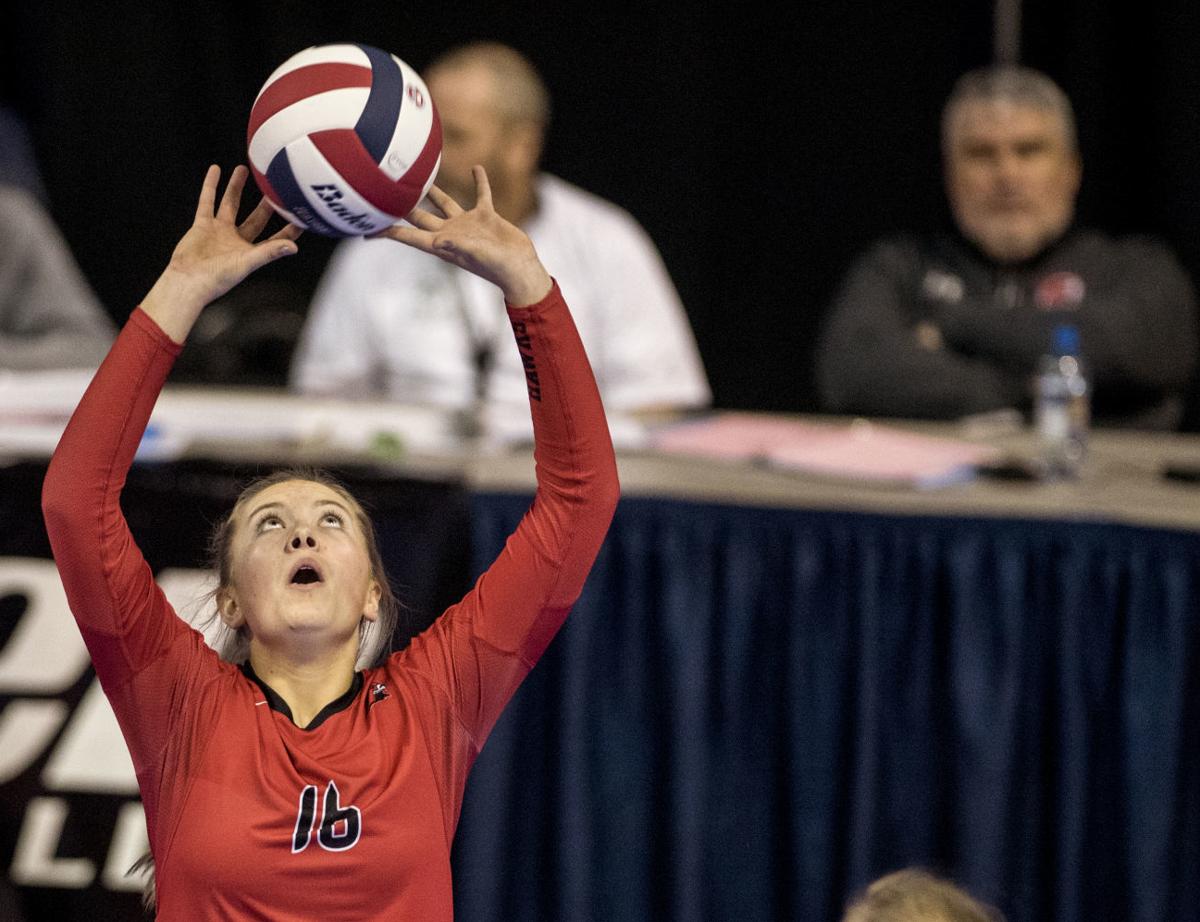 Bozeman High senior Emma Fox sets up the ball on Friday at the Brick Breeden Fieldhouse. 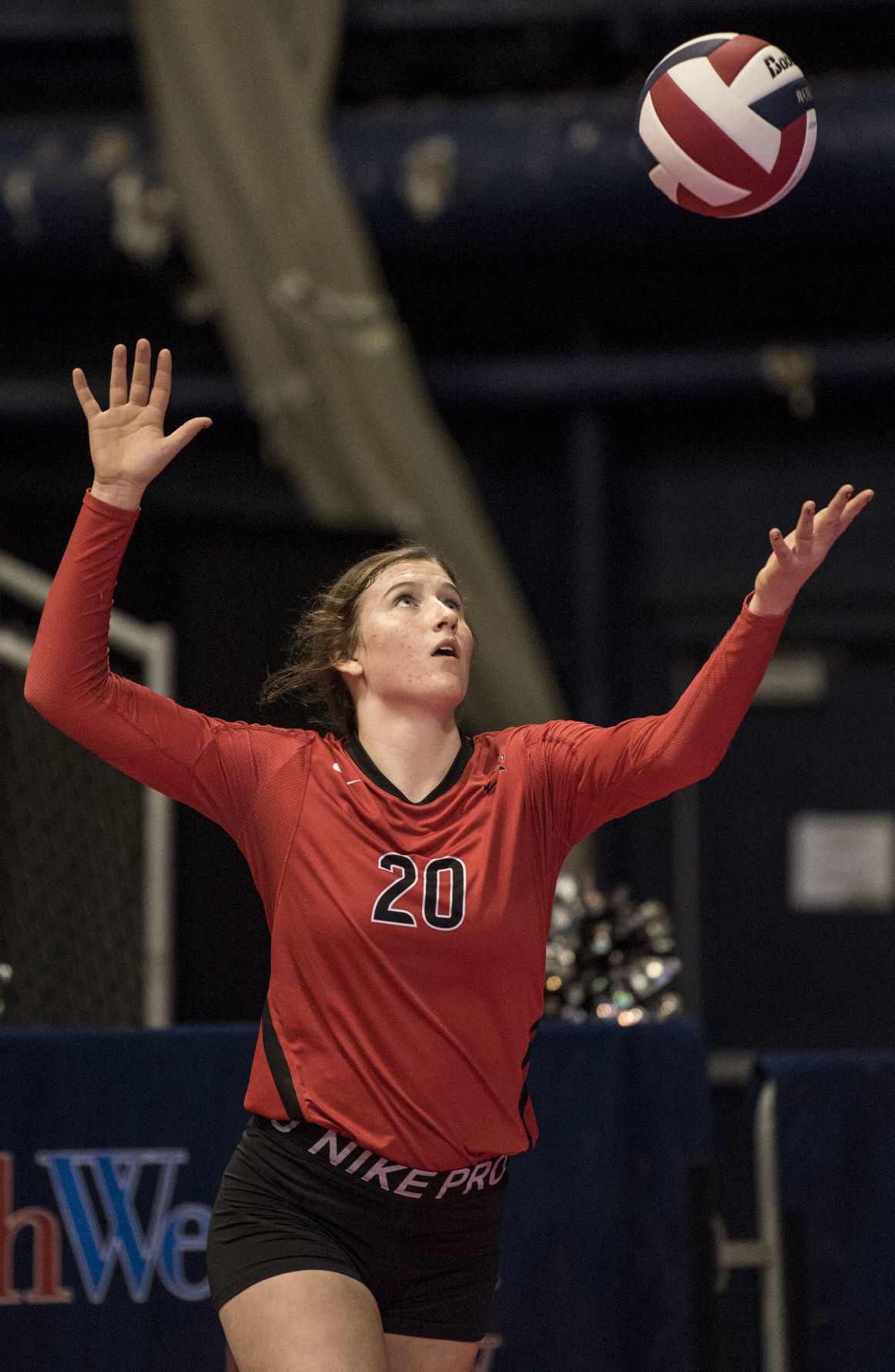 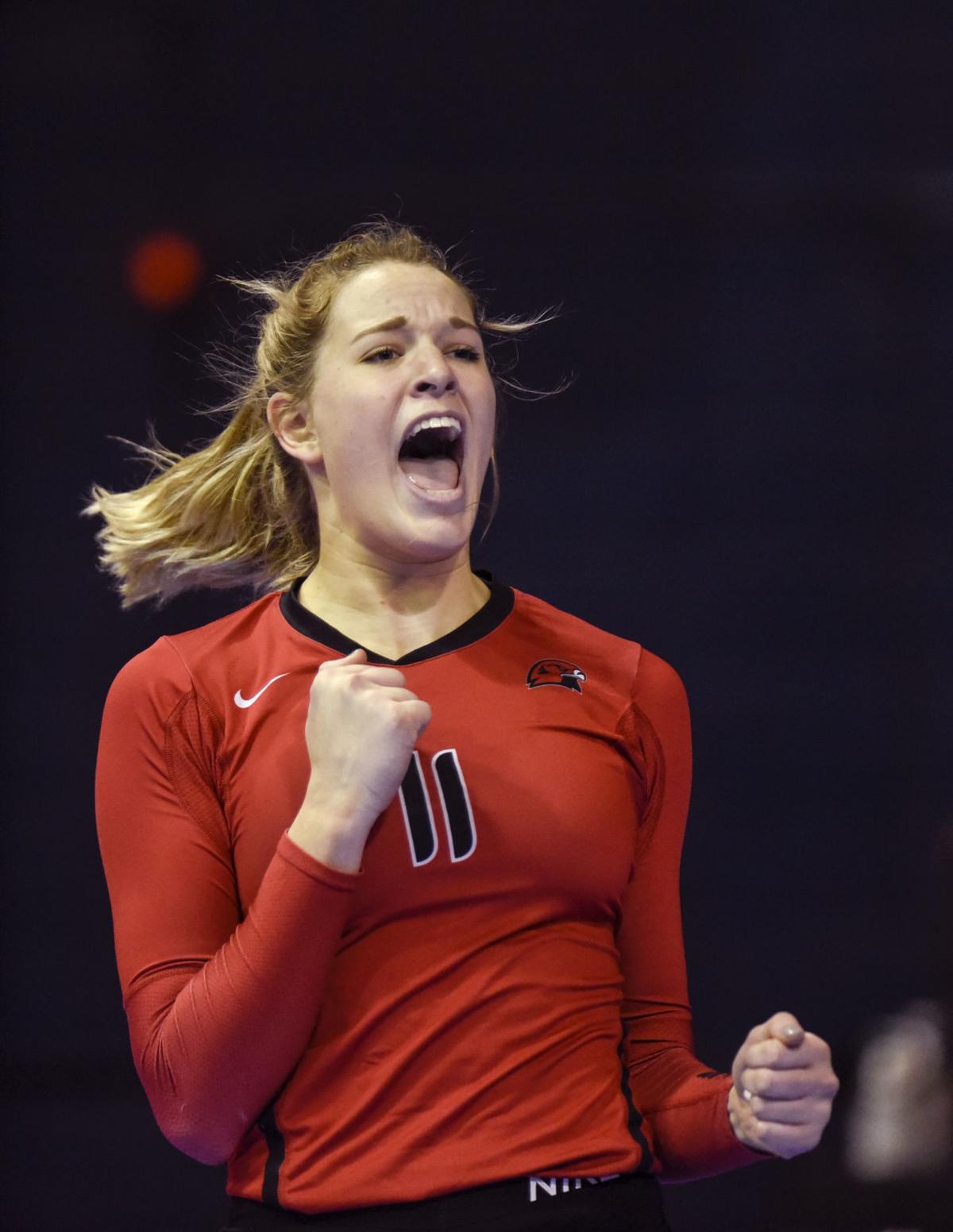 Bozeman High senior Emma Fox sets up the ball on Friday at the Brick Breeden Fieldhouse.

Players and coaches popped off Bozeman’s bench and screamed, “out.” It was one final plea, one last hope for a season coming to a close.

The referee pointed downward, signaling Caroline Bullock’s kill was in. The ball touched the line, and the play ended the match. After a moment of hesitation, Helena celebrated. Tears filled the Hawks’ eyes. They shook hands, huddled up and walked off the court one final time.

After playing better than they had at any previous point, Bozeman’s ride was halted.

“I definitely think we played our best volleyball here at state,” Hawks head coach Ashley Obstar said. “That’s all that you can ask for.”

After losing the first match of the tournament Thursday, Bozeman needed to win twice prior on Friday just to reach that point. Instead of the Hawks (15-15) continuing on to Saturday’s semifinal, Helena took their spot.

“Even though we didn’t end with what we wanted, it was very amazing to see our team pull through at the last second,” senior setter Emma Fox said, “because we came into the tournament one of the last teams seed-wise, and I think it was the right time to peak for us.”

Bozeman filled its morning and afternoon with two wins and quality play. Twelve hours before losing to the Bengals, the Hawks went from a team on the brink of only playing the minimum two games to a team on the verge of being guaranteed at least third place.

Before the morning ended, Bozeman took care of Sets 3 and 4 to beat Missoula Sentinel. By sunset, the Hawks showed their dominance winning the first two sets and cruising past Billings Senior. But at night, they couldn’t extend their season one more day.

Earlier this week, the Hawks were optimistic about their chances. They didn’t mind playing Helena Capital, the West No. 1 seed and defending champion. Last year, they lost to the Bruins early on, worked through the loser’s bracket and into the title match.

Having to do it again didn’t faze them.

They navigated their first two elimination games Friday. A third win in 12 hours proved too difficult.

“I think it was something in the back of our heads,” Fox said of last year, “that we were like, ‘We could do anything. We can accomplish anything at this tournament.’”

Bozeman seized control early in the first set and finished it strong. The Hawks used the same formula from earlier in the day. Sasha Hathaway’s serve was too good for Helena to return, and Jo Jo Radick repeatedly pounded points on spikes at the net.

Bozeman battled in the second, like when it ran down a ball just in front of the barricades blocking off fans. But Helena still won the point and then the set right after.

Then the Bengals opened up a 13-3 lead in the third and never looked back. For the first time all day, the Hawks trailed in sets. Helena won contested points at the net, neutralized the Hawks’ hitters and fed Elizabeth Heuiser for spikes over and over. Though Bozeman trimmed the margin to two, the Hawks couldn’t fully eliminate the deficit.

“It’s hard when you close that gap,” Obstar said, “and still end up losing.”

Helena jumped ahead similarly in the fourth set and led by as many as 11. A Bozeman run made it more competitive, but that wasn’t enough.

The Hawks repeatedly encouraged teammates to rally. But the crucial points, the ones that decided the match, went Helena’s way.

“I think we all started thinking about it being our last game and everything like that,” Fox said. “I think it was tough when we got behind. I think we got a little trapped mentally.”

The Bengals’ hitters were too challenging to defend. Bozeman couldn’t find a way to return their kills.

“I think if you can play your very best volleyball at the state tournament,” Obstar said, “we’re not leaving — well obviously we’re sad, but we’re leaving proud.”