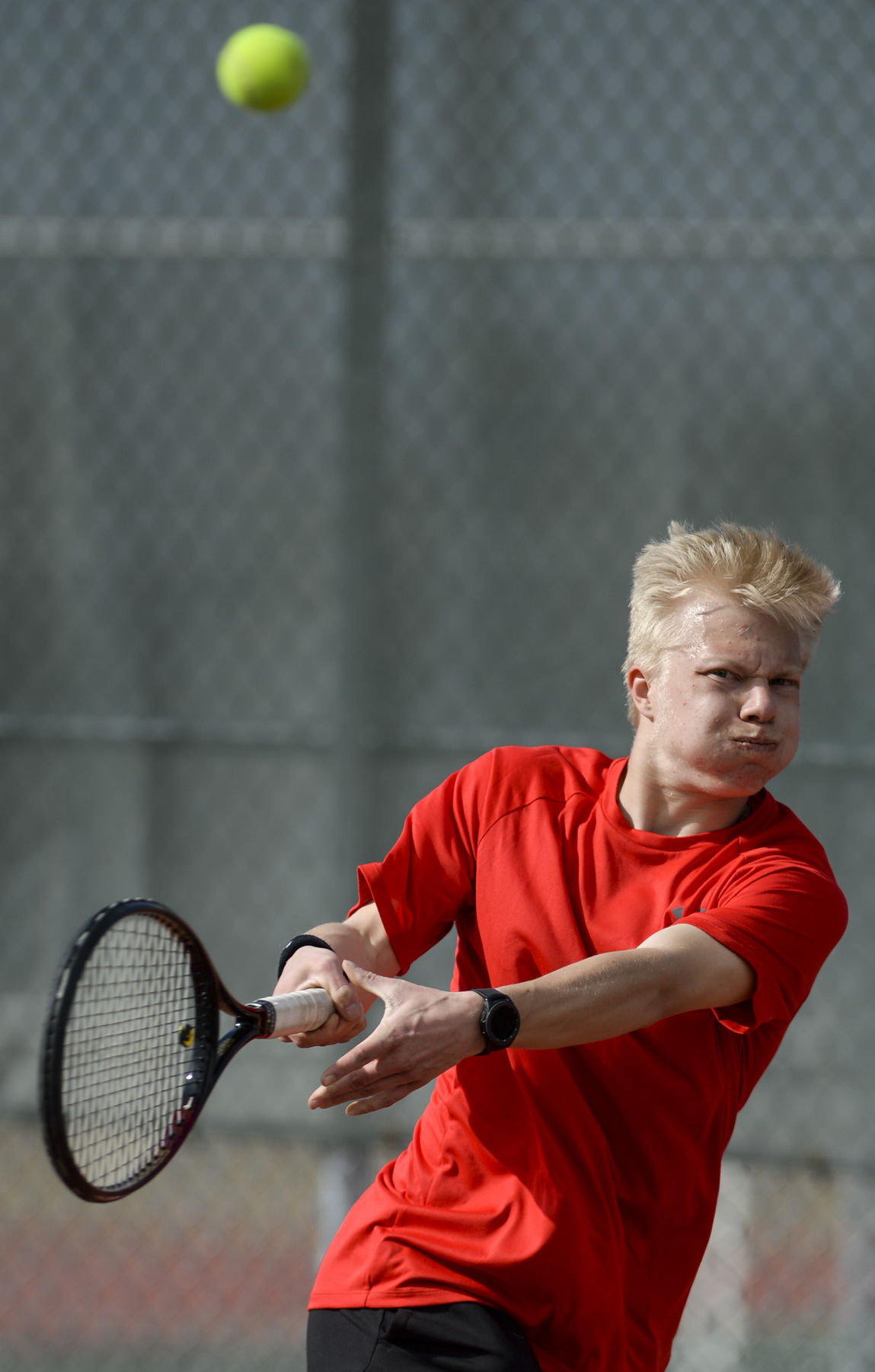 Bozeman’s Blake Phillippi returns a volley during a No. 1 singles match against Missoula Sentinel’s Noah Nelson on Saturday at Bozeman High. 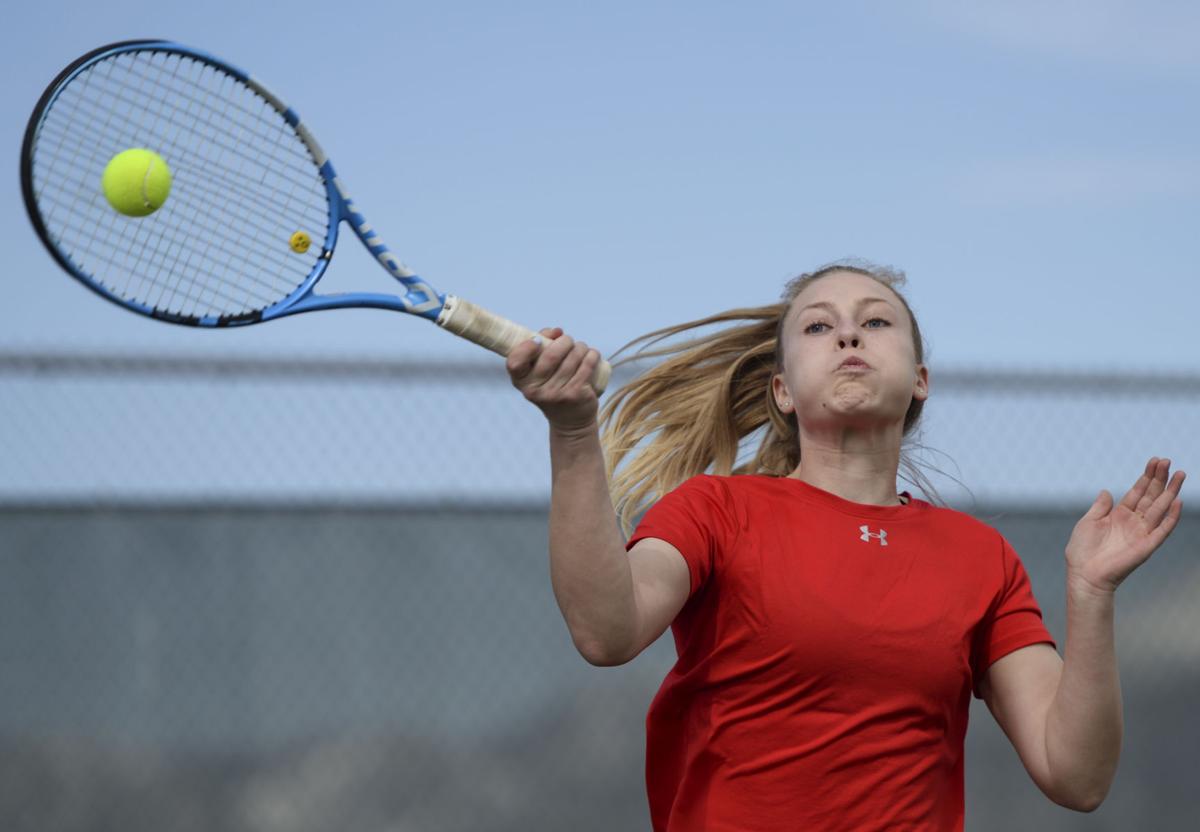 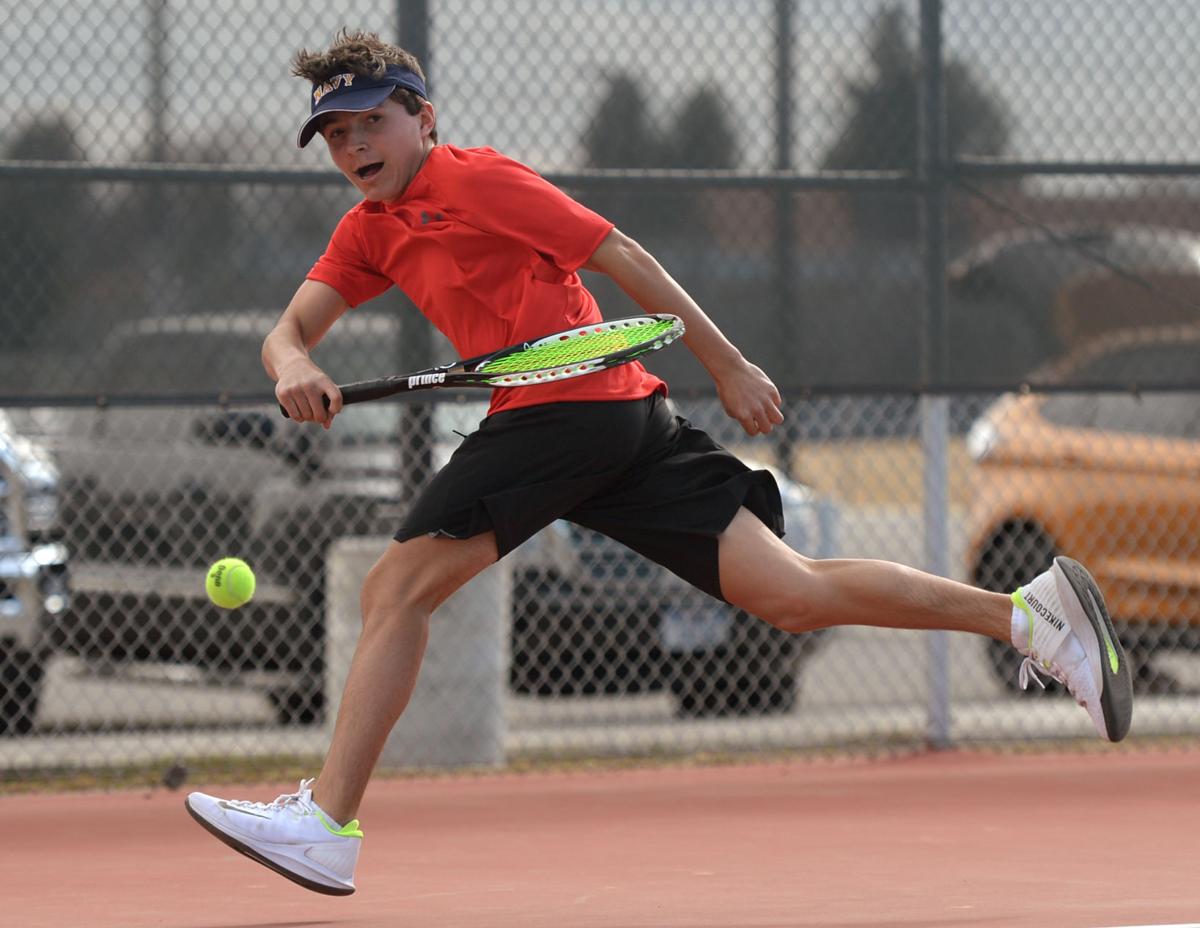 Bozeman's Ben Stern returns a volley during a No. 1 doubles match against Missoula Sentinel on Saturday at Bozeman High.

Bozeman’s Blake Phillippi returns a volley during a No. 1 singles match against Missoula Sentinel’s Noah Nelson on Saturday at Bozeman High.

Bozeman's Ben Stern returns a volley during a No. 1 doubles match against Missoula Sentinel on Saturday at Bozeman High.

After having last season taken away by the COVID-19 pandemic, Bozeman’s girls tennis team picked up where it left off two seasons ago when it claimed a state title for the eighth consecutive year.

“A lot of our kids were playing in not only their first high school matches of their young tennis careers, but their first tennis matches ever, so because of that it was really encouraging to see how well they performed, how well they carried themselves and represented the high school and the program,” Hawks head coach Clayton Harris said. “It was really great to see how much improvement occurred throughout the day.”

Maicy McCarty and Blake Phillippi swept their No. 1 singles matches during the day. McCarty topped Hellgate’s Brooke Best 6-1, 6-0 and later Sentinel’s Jayden Johnson 6-0, 6-0. Phillippi won 6-1, 6-0 against Noah Nelson of Sentinel and 6-3, 6-2 against Colton Quirk of Hellgate.

“For Blake and Maicy to come out in that No. 1 singles position and perform as well as they did, that was really impressive,” Harris said.

“Both of those teams were basically consisting of players who were brand new to the game,” Harris said. “They did really, really well.”

Ashley Bos and Laine Banziger also won at No. 1 doubles against Sentinel, with scores of 6-2, 6-1.

On the boys side, Luke Raynovich, Owen Sanford and Aiden Edwards won their singles matches against Sentinel to help sweep the singles competition. Josh Angell and Ben Stern won 7-5, 6-4 at No. 1 doubles, and TJ Ward and Joe Monson won 6-0, 6-1 at No. 2 doubles.

Phillippi, Raynovich, Sanford and Edwards all won in the singles spots against Hellgate, but the Knights salvaged a split in the match by winning all the doubles contests.