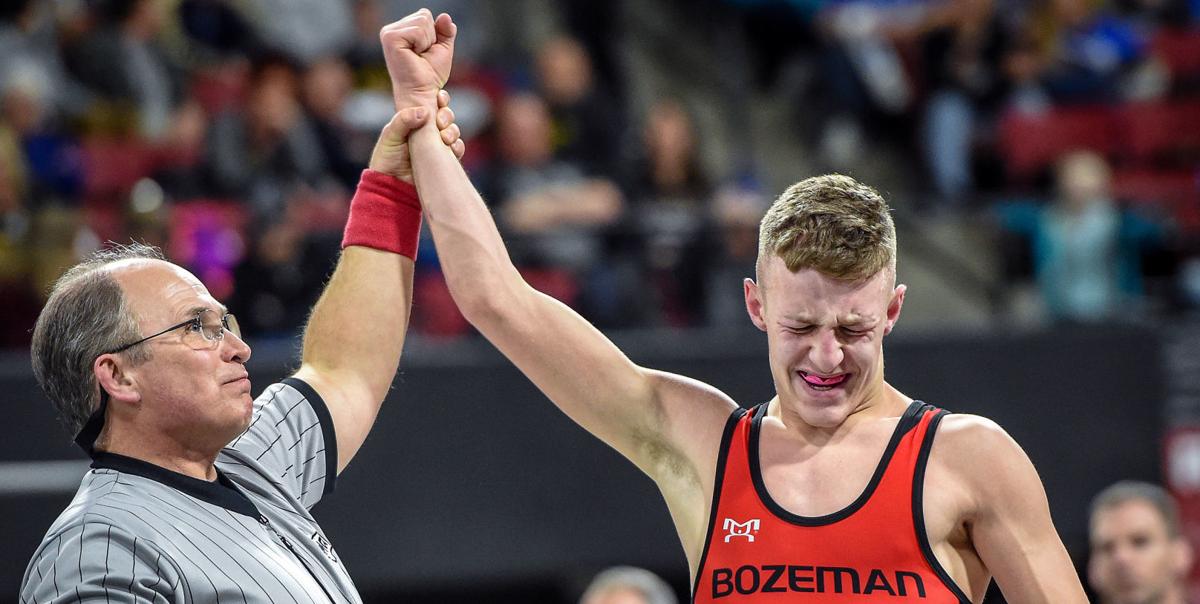 Bozeman's Leif Schroeder does a flip after his victory in the Class AA 132-pound championship at MetraPark in Billings last season. 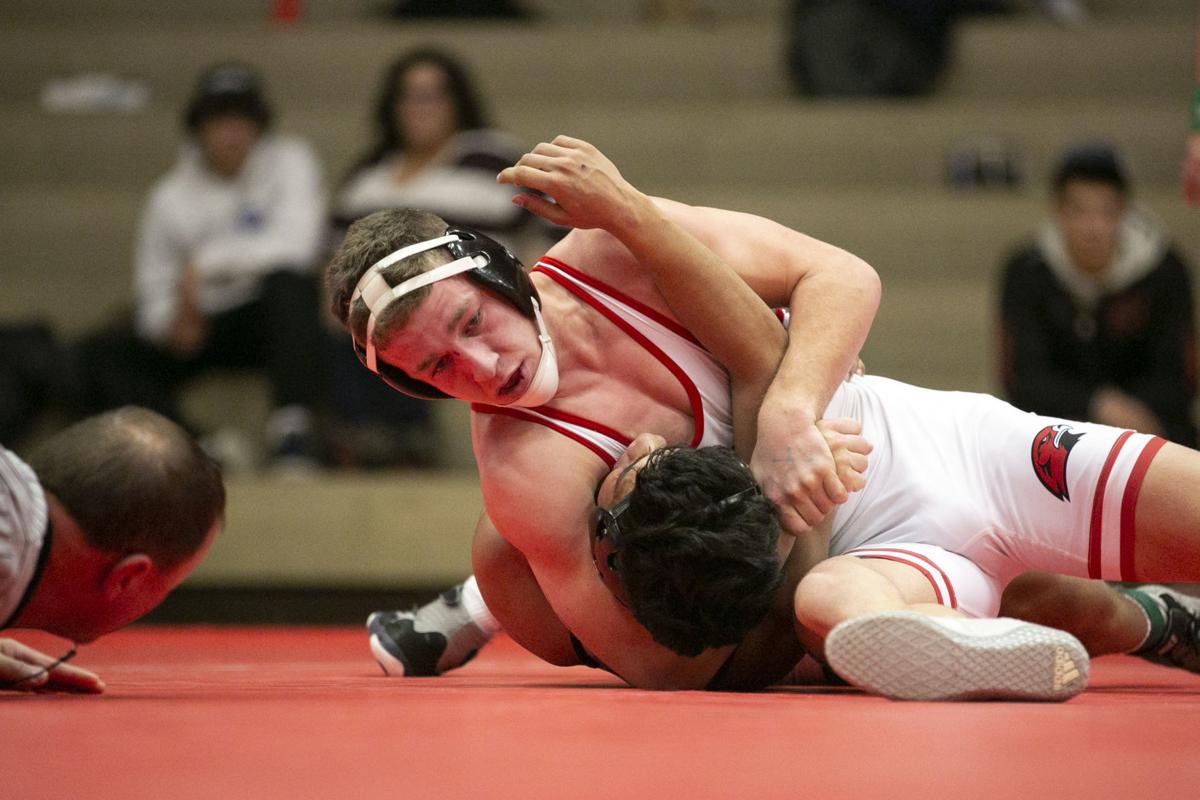 Bozeman’s Leif Schroeder pins Billings Senior’s Idren Peak in the final round of the Tom LeProwse Tournament on Jan. 4 at Bozeman High. 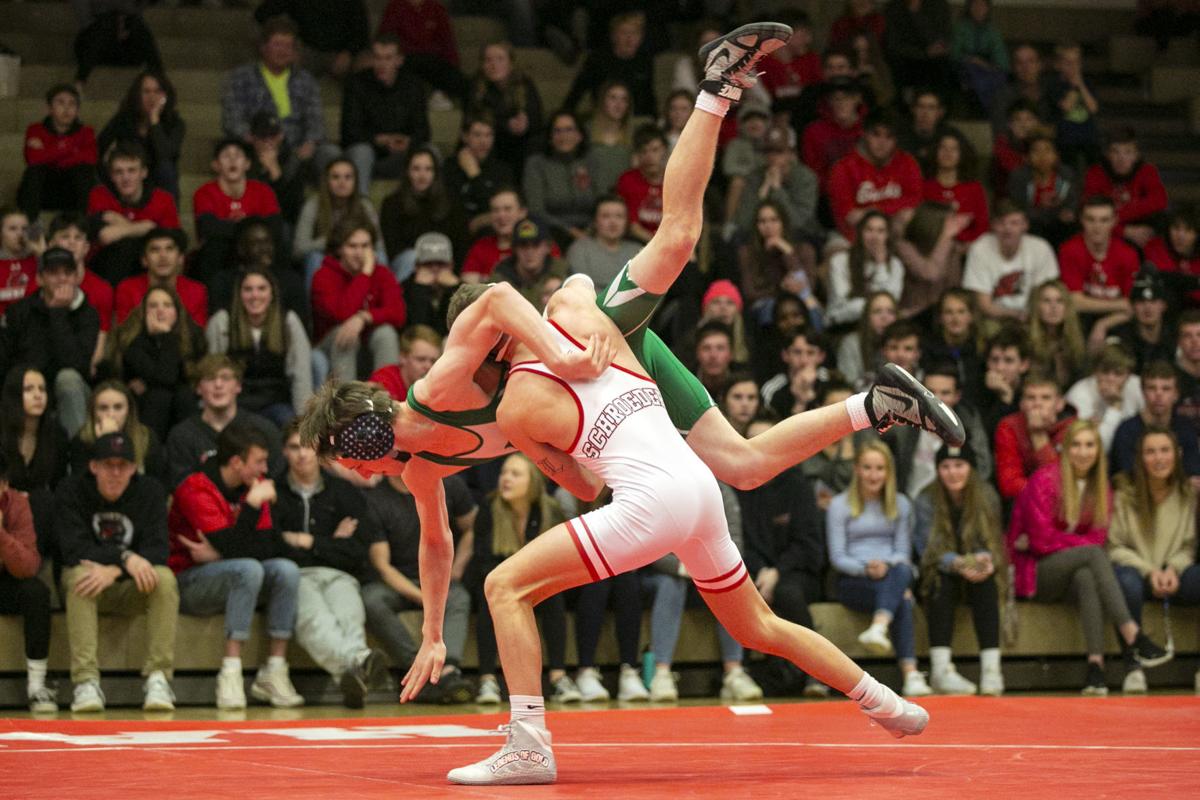 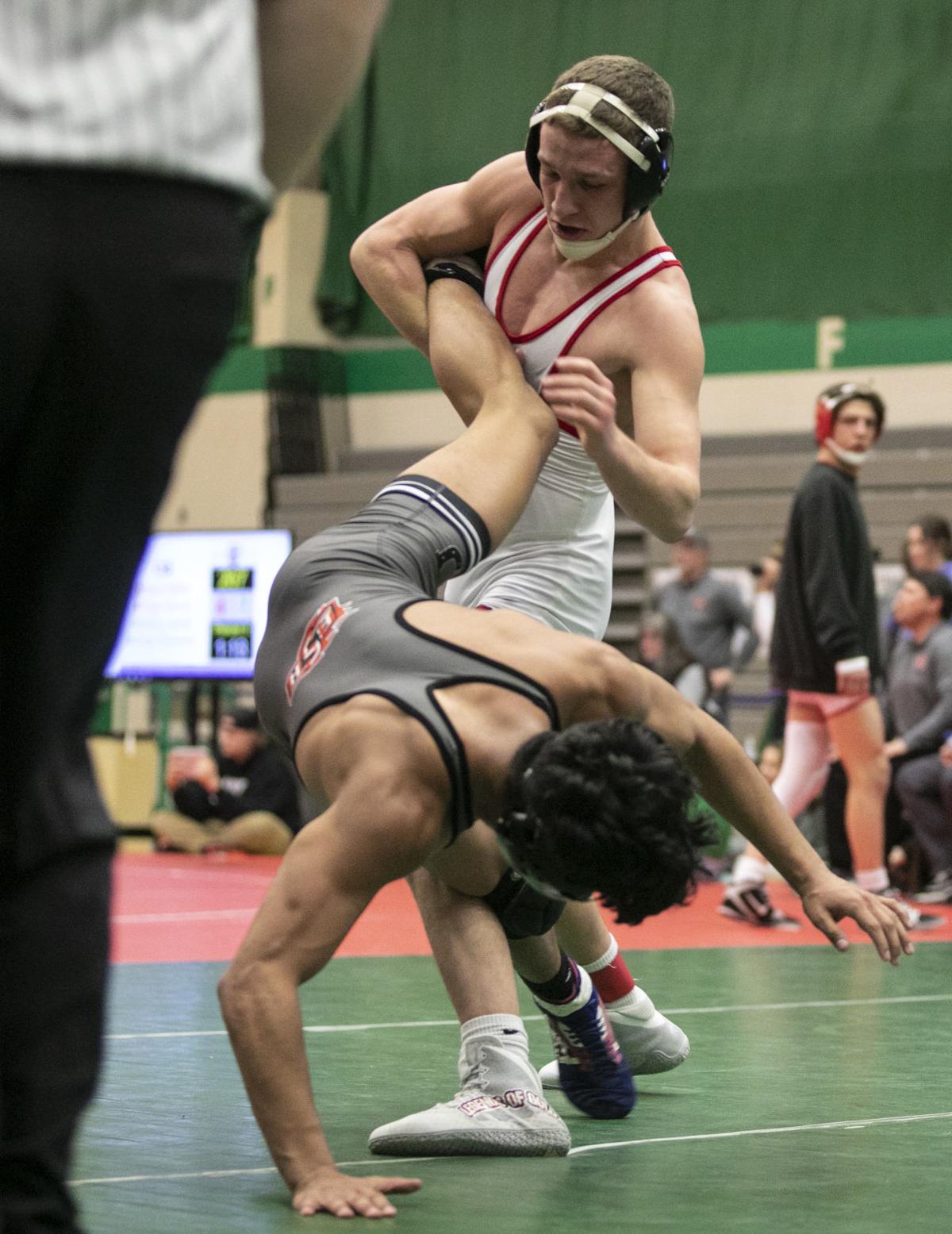 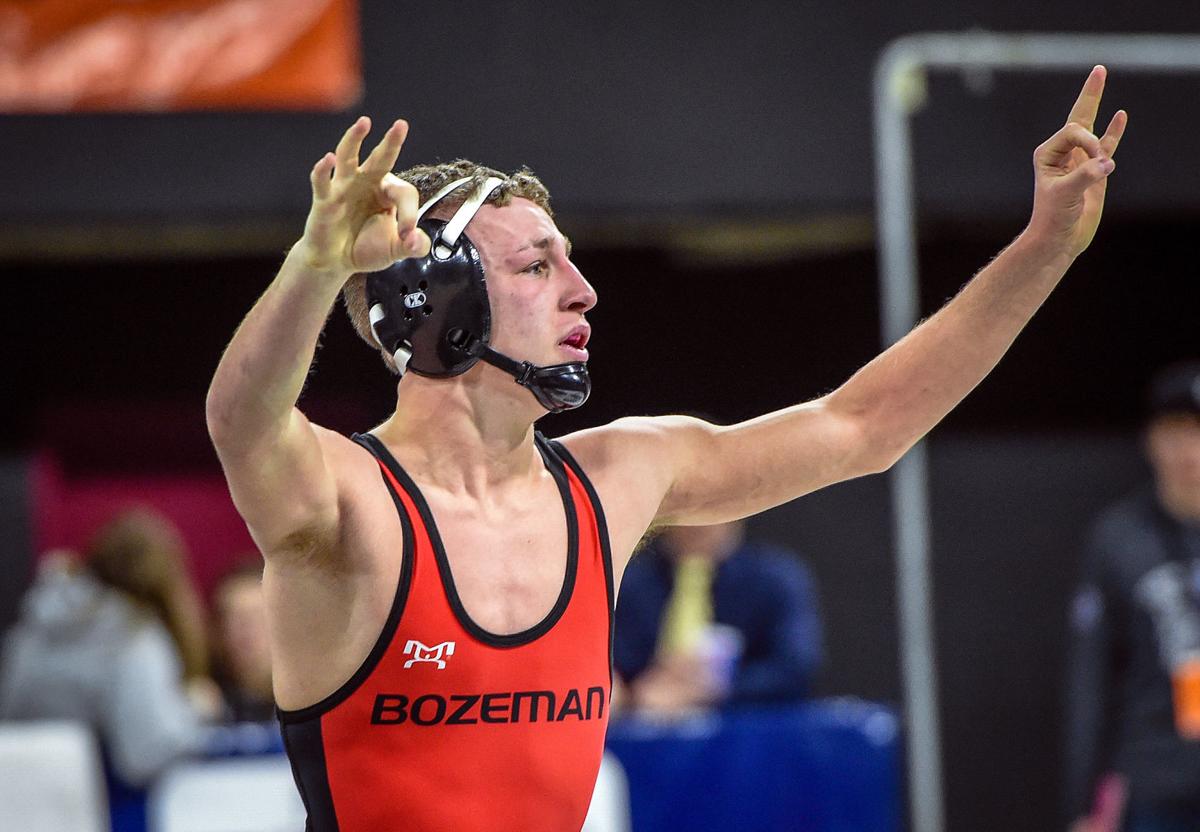 In elementary school, Schroeder was an emotional wrestler. Sometimes too much. He used to get ejected from wrestling tournaments because of his lack of composure.

Schroeder has shown poise throughout his high school career. He’s won three Class AA championships. He helped the Hawks win a team state title last year. A main reason for his dominance has been his composure and mental toughness. His approach to wrestling and everyday life earned him a scholarship at Iowa.

"My dad helped coach the Bozeman youth wrestling program,” Schroeder said. “Me and my brother were kind of born into it.”

Schroeder has a chance to join an exclusive group and become a four-time state championship winner when Bozeman competes at the Class AA tournament beginning Friday in Billings. Schroeder is one of 19 Hawks who earned the trip to state with hopes of defending their team title from a year ago.

"I think his comfort level was really good coming into the (wrestling) room,” Bozeman head coach Nate Laslovich said of Schroeder. “He knew how we operate, and he had real high goals as a young kid. I think he understood and we understood what those goals were and that they were very attainable for him.”

It didn’t take long for Schroeder to make a few of his goals a reality. As a freshman, he claimed the Class AA title at 113 pounds, his sophomore year he won it at 126 and he continued the streak his junior year at 132, capping an undefeated season.

This year as a senior, he will be competing at 138 pounds at state. His success has been made possible because of his dedication to his craft and making the most of every chance to improve.

His older brother, Bjorn, who wrestles at Purdue, explained to Schroeder when he was a freshman how fast the high school experience can go. Schroeder hangs onto that message. For him, the thought of how quickly his high school career could finish inspires him to focus in the classroom, weight room and training sessions.

"I try working myself to the point of exhaustion,” Schroeder said. “I try to mentally break myself every day with my hard work.”

That’s evident in Laslovich’s competitive practices. At the end of the hour and half sessions, Schroeder can often be found running full-out sprints back and forth across the empty wrestling room. The painful runs can have him on the verge of throwing up, but back and forth he runs.

To him, the fatigue is how he knows what he’s done has worked. He does not necessarily enjoy being on the brink of fainting, but he finds the work easier because he enjoys it.

He separates himself by pushing his boundaries, even if it means being on the verge of mentally breaking. In his eyes, that’s how he continues to improve.

"He does that in here,” Laslovich said. “He does that in his weight classes. He’s really, really driven. When you think of exhaustion, that can feel like an understatement.”

Schroeder’s mentality translates to the rest of his life. It also affects the rest of the team. He strives to show the younger wrestlers the everyday process needed to win as he has.

At the Jug Beck Rocky Mountain Classic in Missoula earlier this season, Schroeder suffered a head injury that sidelined him. The injury painfully forced him to step away from practices.

But last week, he returned to the Hawks’ lineup for the Eastern AA Divisional in Belgrade. He displayed a calmness. He pinned both of his opponents before reaching the championship. As fans cheered during the title round, Schroeder walked up and down the mat, listening to music to keep focused.

Against Billings Senior’s Idren Peak, he kept taking shots, staying collected when they didn't result in pins. He remained aggressive throughout the match. His conditioning was evident, illustrating why he pushes himself in practices. He eventually won by technical fall and was ecstatic afterward, displaying his passion for the sport.

At Iowa, which was ranked No. 1 in the National Collegiate Wrestling Association coaches poll as of Feb. 10, Schroeder will continue his dedication to his goals.

"What I do bring to the table is hard work,” Schroeder said. “Going into Iowa, hard work is going to be the most important thing. You can have all the talent in the world, and if you’re not a hard worker, you’re not going to go anywhere.

“That was something that was instilled in me from a young age by my parents and this coaching staff. We pride ourselves on being the hardest worker wherever we’re at.”