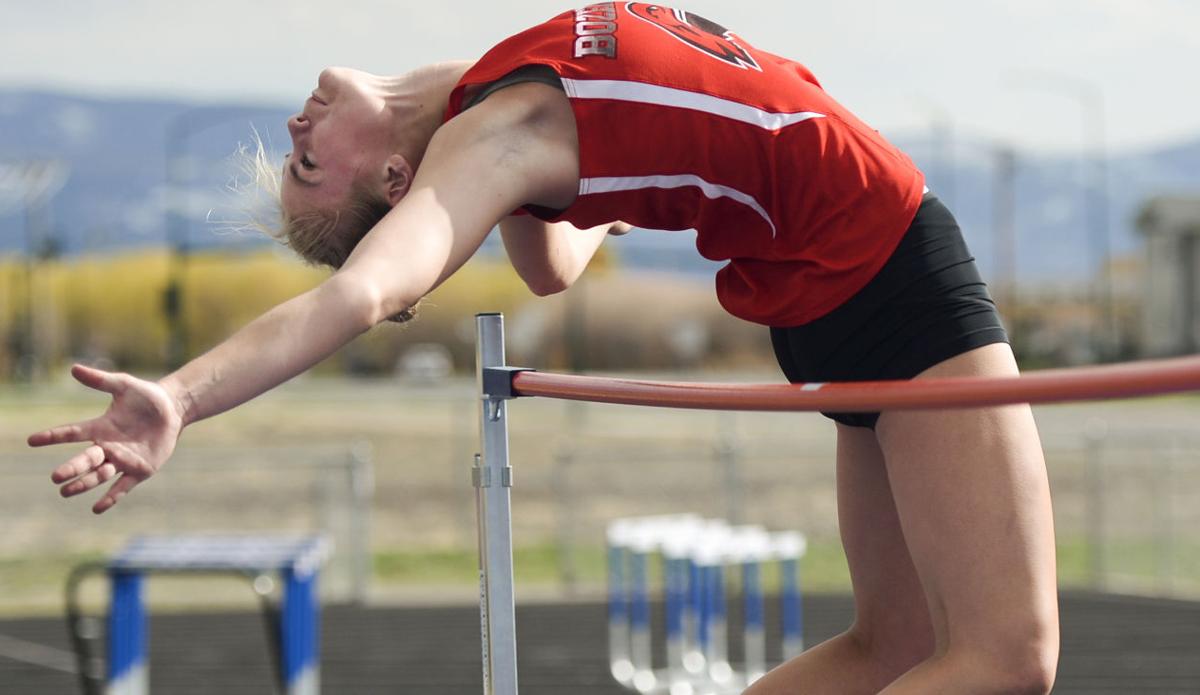 Bozeman’s Macy Mayer qualifies for state competing in the high jump on Friday at Gallatin High. 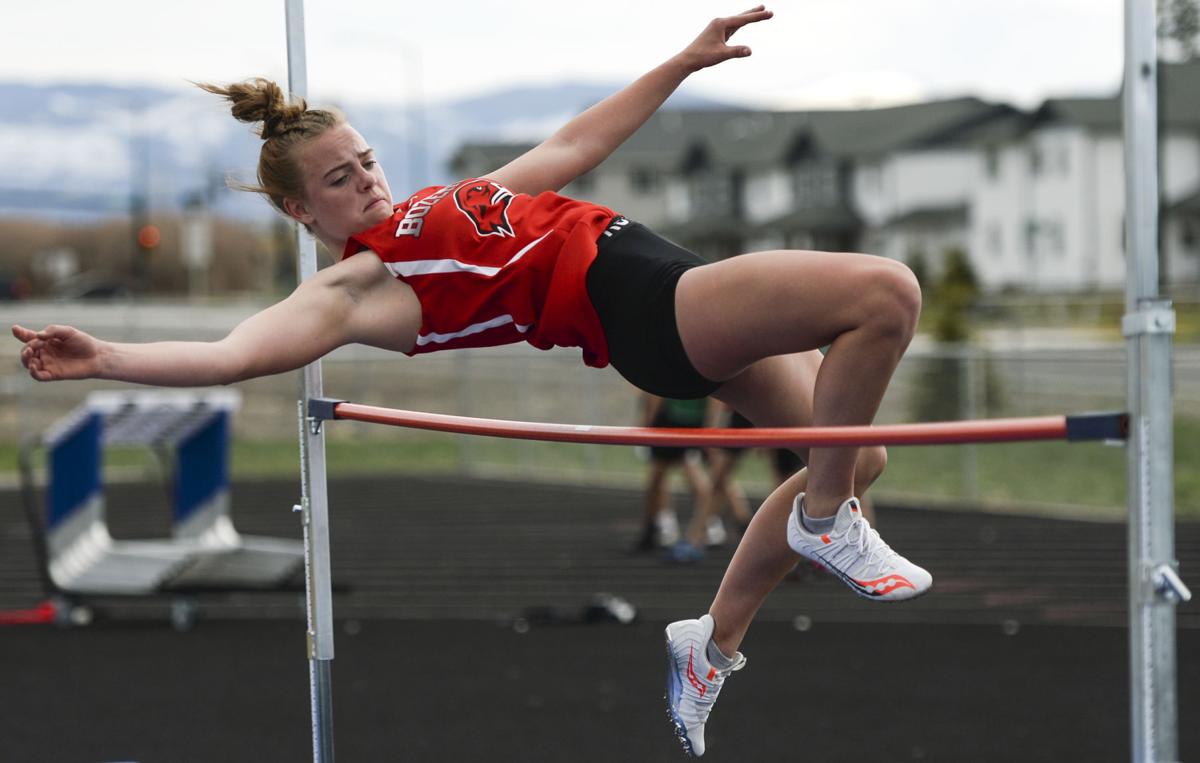 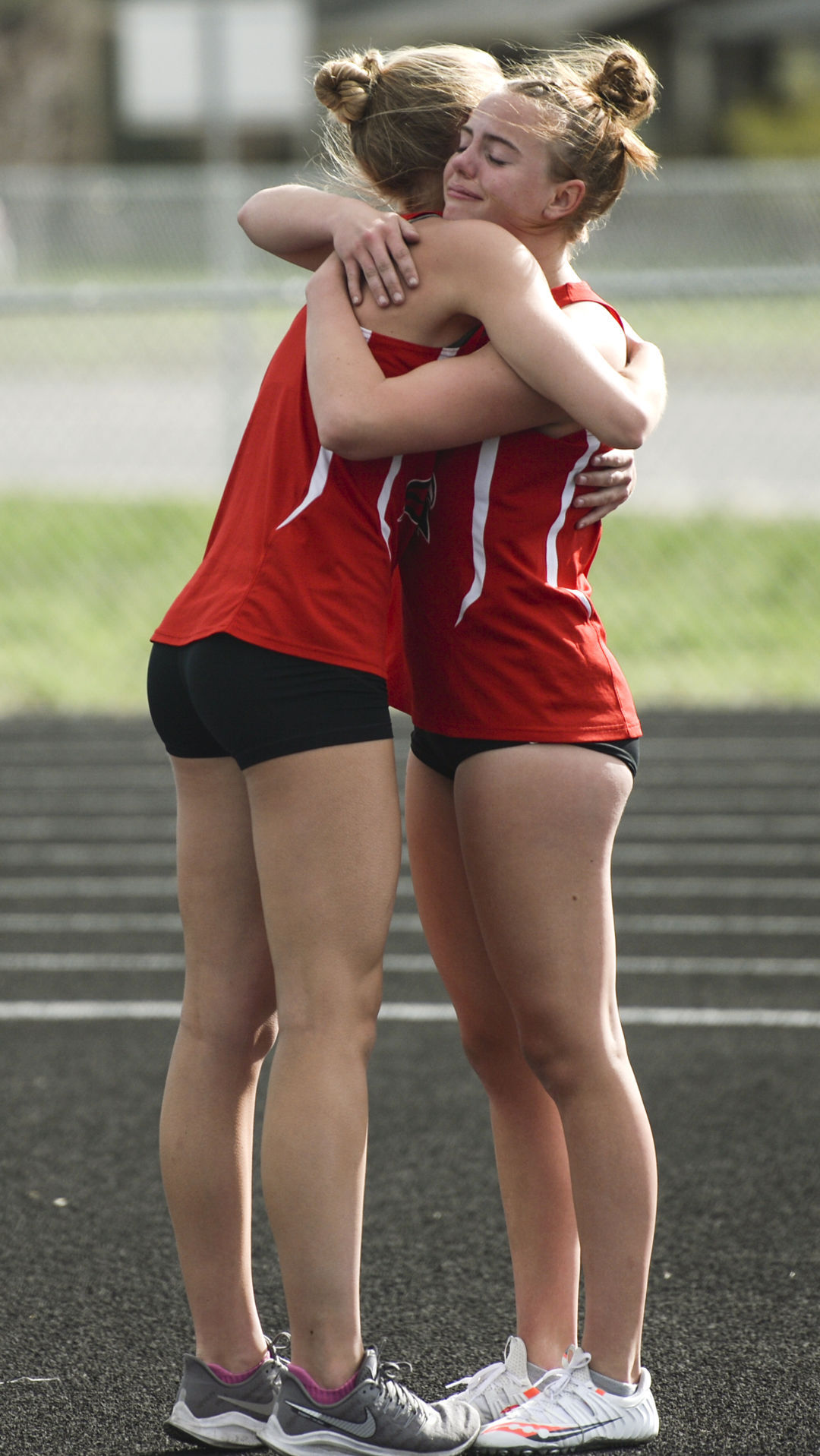 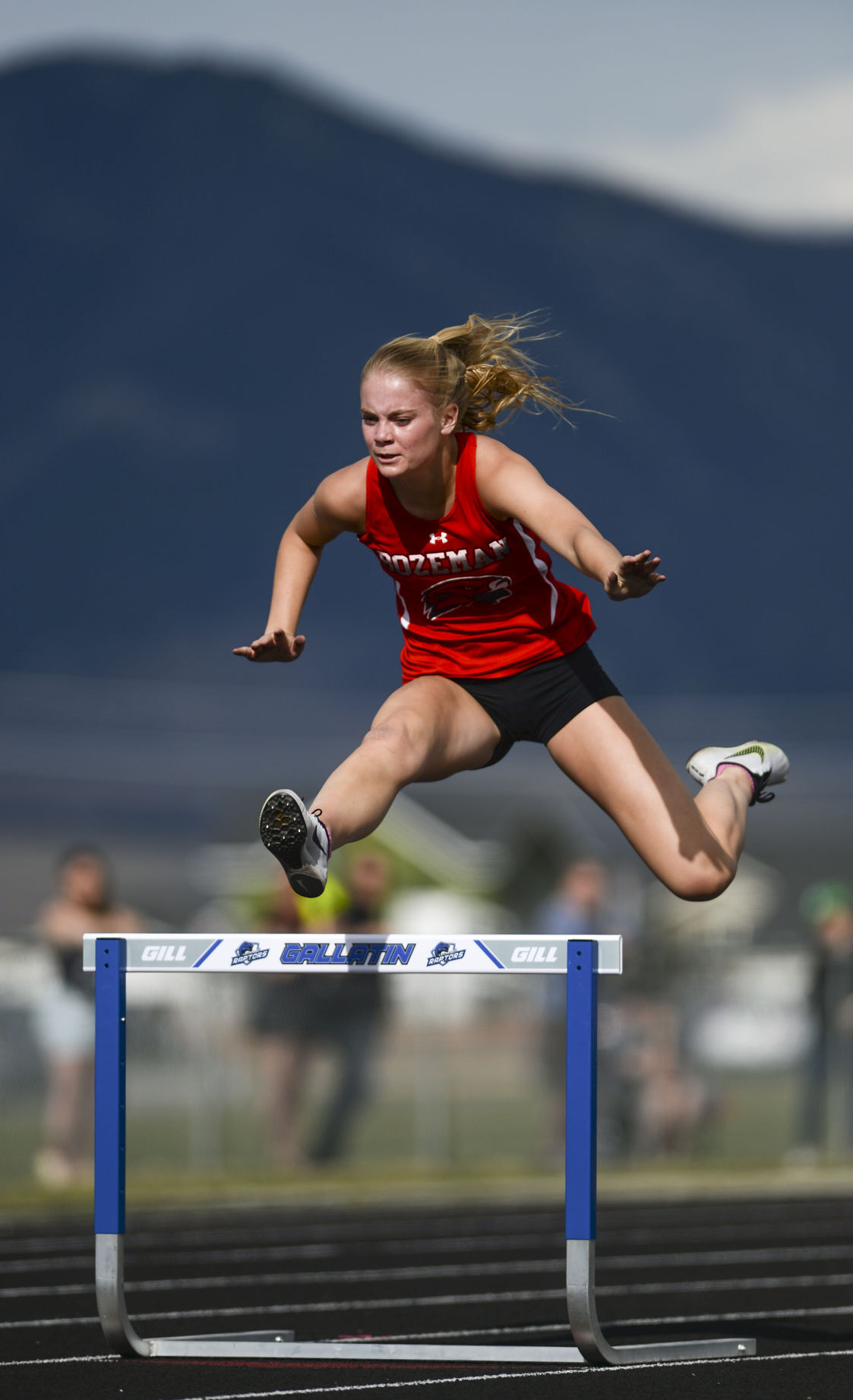 Bozeman’s Macy Mayer competes in the 300-meter hurdles on Friday at Gallatin High.

Bozeman’s Macy Mayer qualifies for state competing in the high jump on Friday at Gallatin High.

Bozeman’s Macy Mayer competes in the 300-meter hurdles on Friday at Gallatin High.

Macy Mayer came up empty in her first two tries to clear 5 feet, 1 inch in the high jump Friday.

But she was close.

The third attempt, however, punched her ticket to the state meet.

“This is the first time I’ve ever qualified in high jump, so that’s been my goal,” said Mayer, a Bozeman senior. “It’s really fun to be able to do that.”

She missed her three attempts at the next height — 5-3 — but she had already done enough to win the event in a dual meet against Belgrade held at Gallatin High.

Mayer also won the 100- and 300-meter hurdle events, rounding out a successful outing. But qualifying for state was the high point.

Mayer hopes to continue increasing her high jump mark. Doing so, she said, will require being more diligent in her form.

“I feel like I can jump pretty high,” she said. “It’s just the form of getting over it that I struggle with, so that’s definitely been a challenge and being able to adapt while going over the bar.”

Bozeman’s high jump coach Mike Cole said Mayer’s first two years of competing in the event were “experimental” to the extent that she could jump high, but she was not yet a polished high jumper. The goal has long been to focus on areas that resulted in high jumping success.

The onset of the COVID-19 pandemic last spring canceled the season, making more progress difficult to come by. But this season has yielded promising results.

“You have to get over the bar right, attack the bar right, take all the right angles, you’ve got to have the timing, and it just takes a while,” Cole said. “This year she kind of figured it out. This was her day, and it’s exciting to see.”

The high jump is largely regarded to be in the same family as the long jump and the triple jump, but Cole posited that Mayer’s high jumping could be benefiting from her time as a hurdler. He said the hurdle events require “highly explosive, quick twitch, instantaneous movements” in much the same way the high jump does.

She had to overcome a headwind during the latter event, which she ran for just the second time this season, but she’s equally confident and hopeful she’ll qualify for state in both events. Doing so would give her plenty to do at the end-of-season meet.

“I think it’d be exciting because it’s over the course of two days. Just being busy over two days would be exciting,” Mayer said. “State’s always the best part of the season. Not just competing in events, but being around your teammates in the hotels and on the bus is always a really great experience.”

Mayer joins junior teammate Hannah Schonhoff as a state qualifier in the high jump. Sophomore teammate Brenna Berghold is also nearing qualifying height — she cleared 4-11 on Friday and had three close attempts at 5-1.

“Brenna is close,” Cole said. “We’re always hopeful we get as many as we can over that 5-1 mark, and it’s a hard mark. It’s a real separator. You get someone like Brenna who’s knocking on the door. She’s new to this also because of last year. It’s just a matter of time. It takes experience.”

Mayer is as good an example of that as any.

Elsewhere for the Hawks on Friday, freshman Nomi Friedman qualified for state in the 3,200, winning in 11:42.75, nearly eight seconds faster than the qualifying time. Senior Isabella Oliver won the long jump and qualified for state with a mark of 16-6.

In the boys pole vault, senior Elijah Eckles cleared 14-6, giving him a new season high and first place in the event. In the long jump, senior Ty Ator logged a leap of 21-1, qualifying for state by one inch.