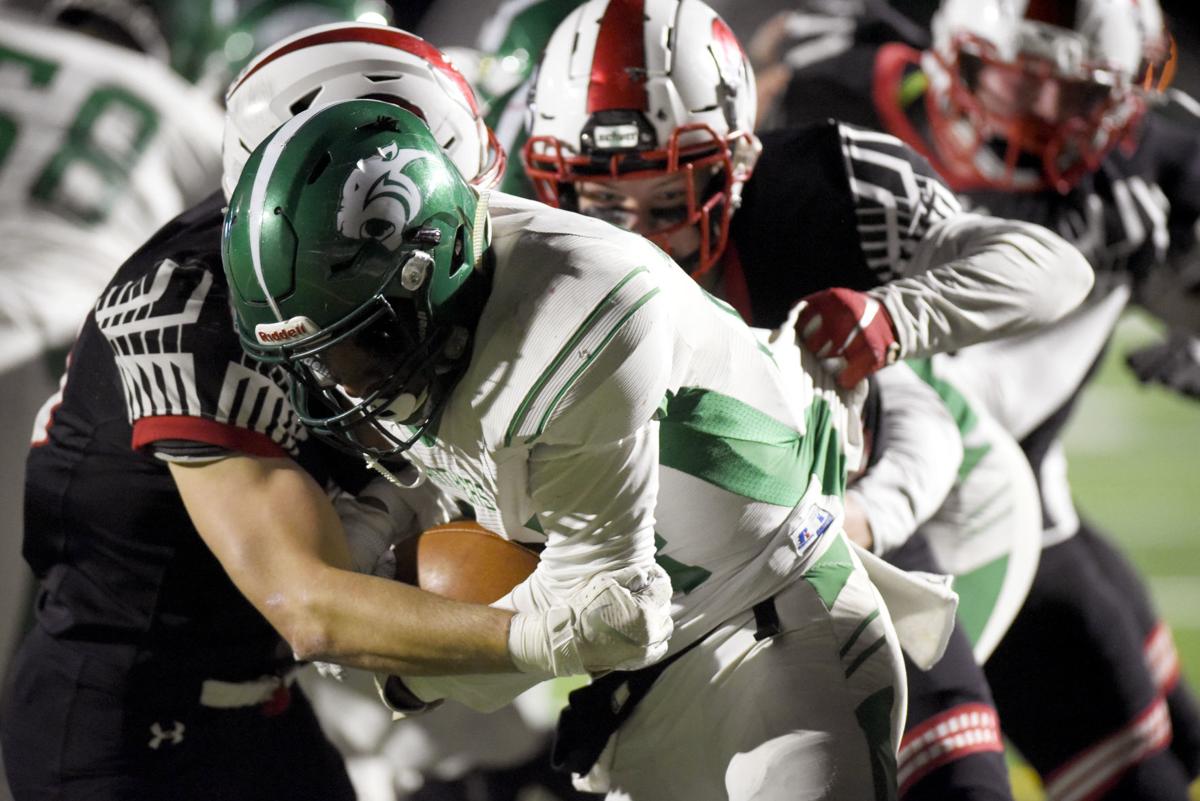 Bozeman’s Luke Fedyk gets in on a tackle on Friday at Van Winkle Stadium. 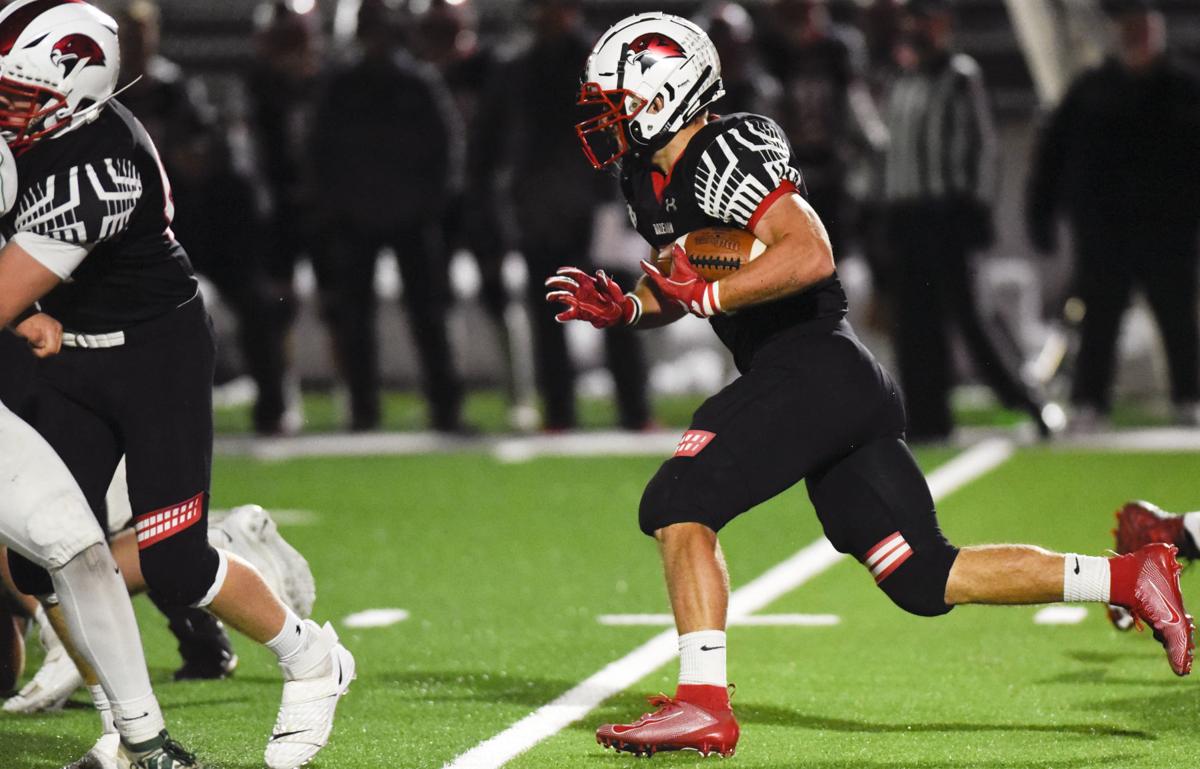 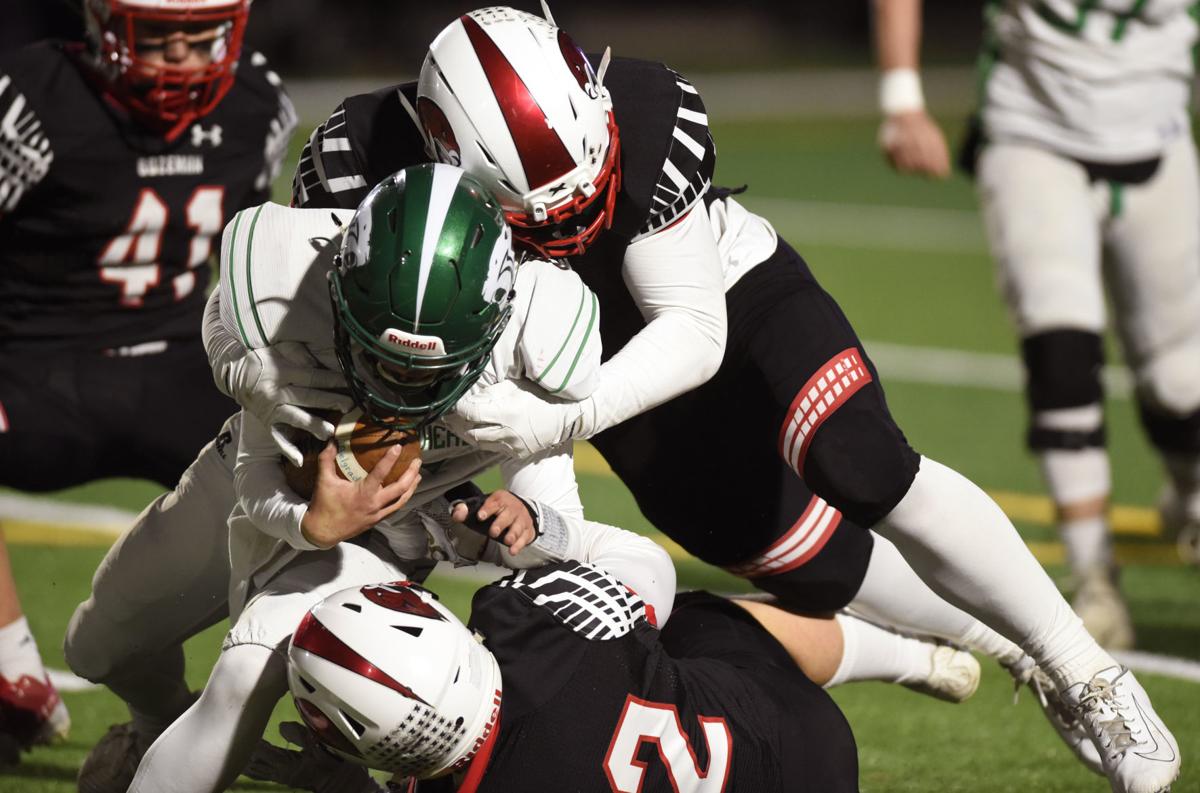 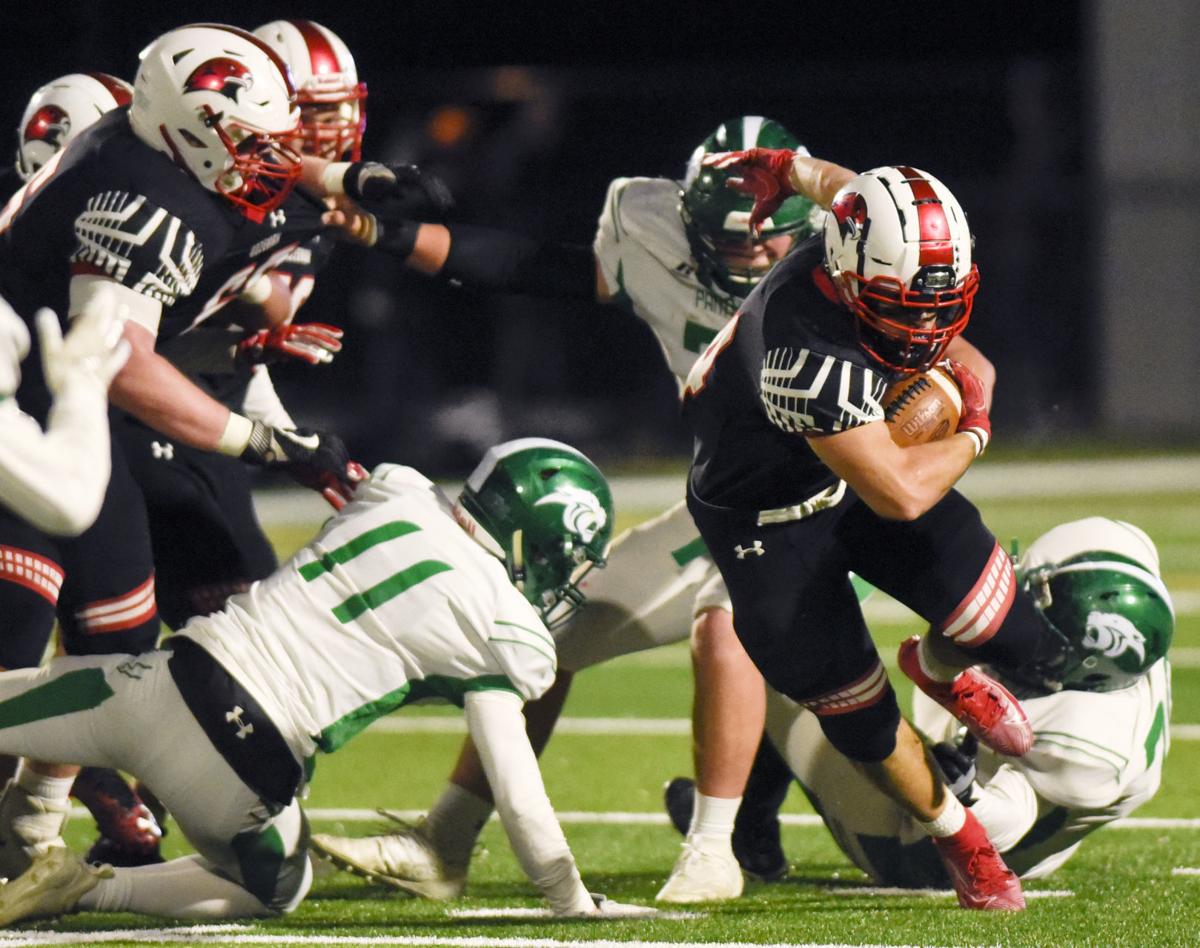 Once Belgrade won the opening coin toss, it was all Bozeman.

The Panthers deferred possession to the second half. Then they kicked the ball out of bounds, giving the Hawks advantageous field position. Then they allowed a 40-yard touchdown run on Bozeman’s third offensive play.

The offensive line opened a wide gap for Asher Croy to run through. He sprinted by and didn’t stop until he reached the end zone. It was a scene that kept playing through minds of Belgrade’s players. It kept happening over and over.

“It felt a lot different than normal,” Croy said. “Some of those runs, they felt unreal. It was an awesome experience.”

Bozeman jumped ahead by 23 points in the first quarter and 44 by halftime to cruise to a dominant 51-0 victory Friday at Van Winkle Stadium. The Hawks (6-1) posted their fourth shutout in seven games. Croy finished with four touchdowns and unofficially 276 yards on 15 carries to continue his already stellar season. He powered an offense that couldn’t be stopped. And as Bozeman rolled, Belgrade was completely stifled when in possession.

In their first season in Class AA, the Panthers (0-6) remained outmatched. Though the two towns border each other and neither team will face another as close in geographic proximity, the Hawks sent the message that significant distance remained between the two programs.

“We knew these guys were taking this like a rivalry,” Croy said, “and we just wanted to show them this isn’t a rivalry until you can compete.”

Four minutes after Croy’s first touchdown, the Hawks turned to him again. Their second drive began at their own 35, and Croy ripped off a 33-yard run to put Bozeman in scoring position. His next carry, from 17 yards out, doubled the Hawks’ lead. He split through another sizeable alley and absorbed contact as he entered the end zone.

Three minutes after that, Croy took a handoff on the first play of the possession from the Hawks’ own 37. He capitalized on the space he was given and weaved through Belgrade’s defense.

As he made his way across the field, Bozeman coaches and players along the sideline lifted their arms in the air and ran toward the side Croy was headed. With one defender left to beat, the senior running back bullied ahead regardless for the score.

He used his strength to finish runs, and the Hawks’ offensive line opened hole after hole to spring him free.

“Asher Croy had an unbelievable game. He just seemed like he had a different gear tonight,” Bozeman head coach Levi Wesche said. “I’m really proud of the way he played, and the offensive line was dialed in.”

In between Croy’s second and third touchdowns, a third-down tackle by defensive ends Kenneth Eiden and Luke Fedyk forced the Panthers into fourth and 16 from their own 4. Belgrade botched the punt, recovered the fumble in the end zone and the Hawks scored a safety.

“Stifling. They shut us down in every way, shape and form,” Panthers head coach Eric Kinnaman said. “Eiden is every bit as good as he is on film. We knew that coming in. And it’s not just him, it’s that whole defense.”

Due to Eiden and company’s constant pass rush, Belgrade was repeatedly backed up in its own end zone and forced to punt from there twice more.

Late in the second quarter, Carter Ash caught the Panthers’ punt at their 45-yard line. He ran toward the sideline, turned up field and accelerated in space. He side stepped around a potential Belgrade tackler but was taken down by another.

On first and goal from the 1, quarterback Jake D’Agostino threw an incompletion. The next play, the Hawks’ coaches didn’t mess around. They chose the option who worked all night.

Croy planned to have to jump up and over the pile at the goal line. Instead, his line gave him enough space to plunge up the middle without getting touched for a 1-yard score.

It was Croy’s fourth touchdown of the game. It was the same strategy that worked every time.

And the Panthers didn’t have an answer for it.