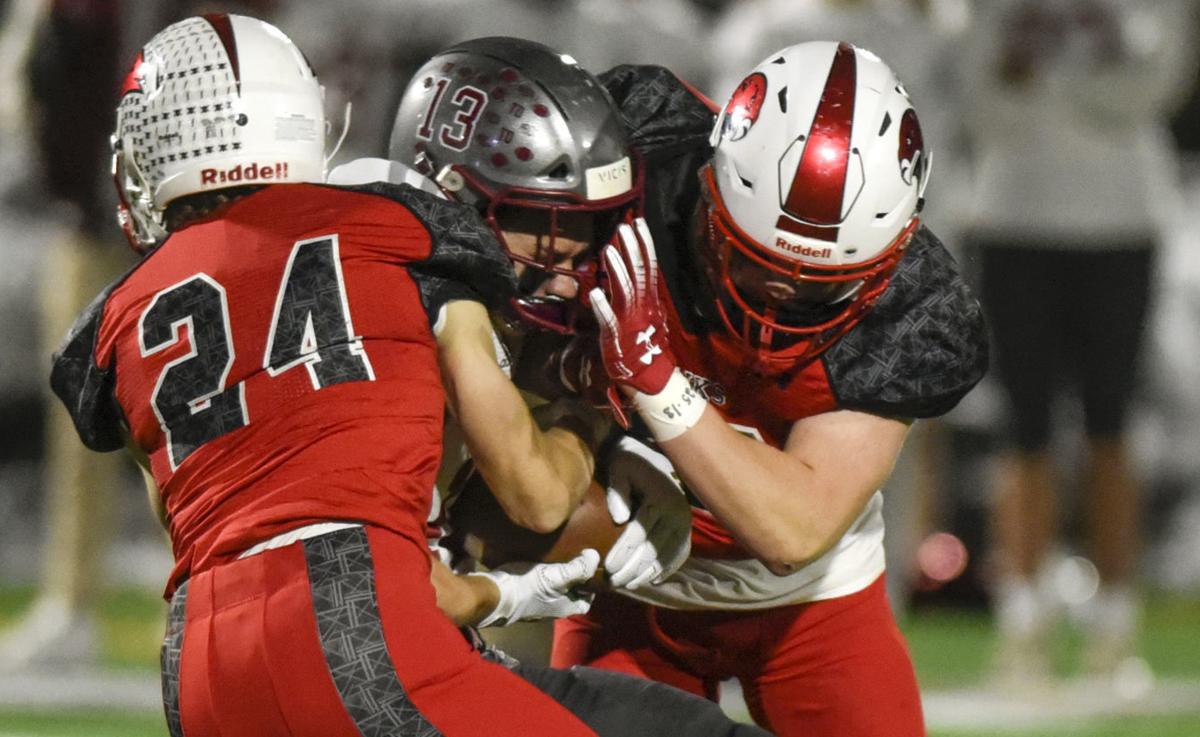 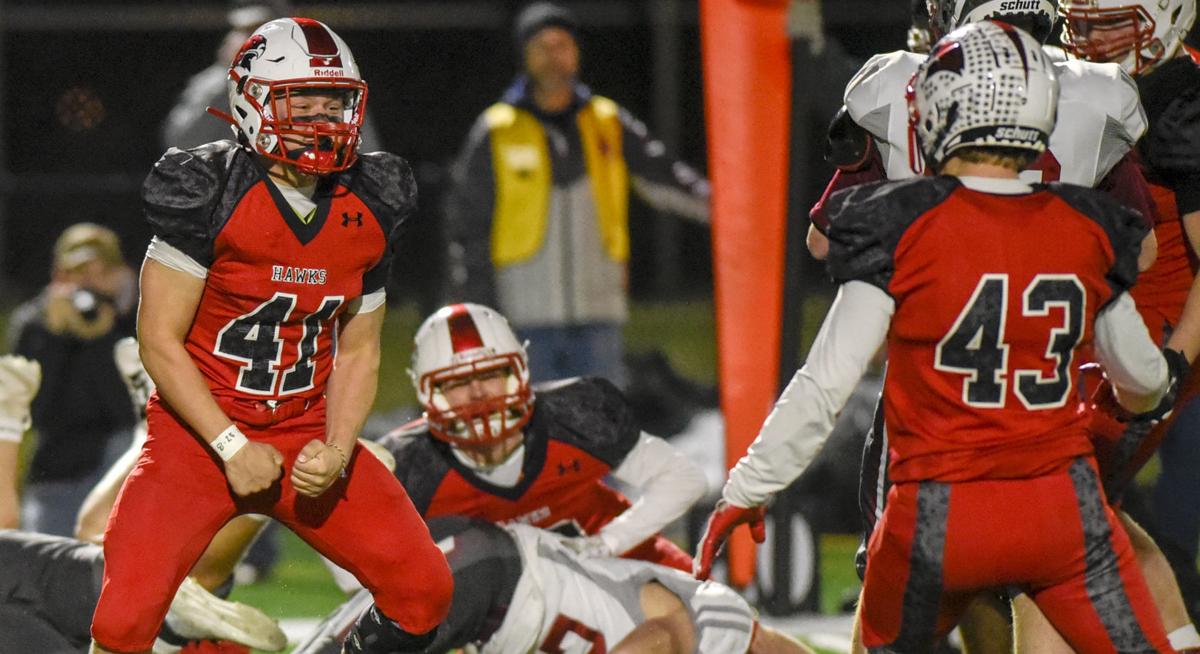 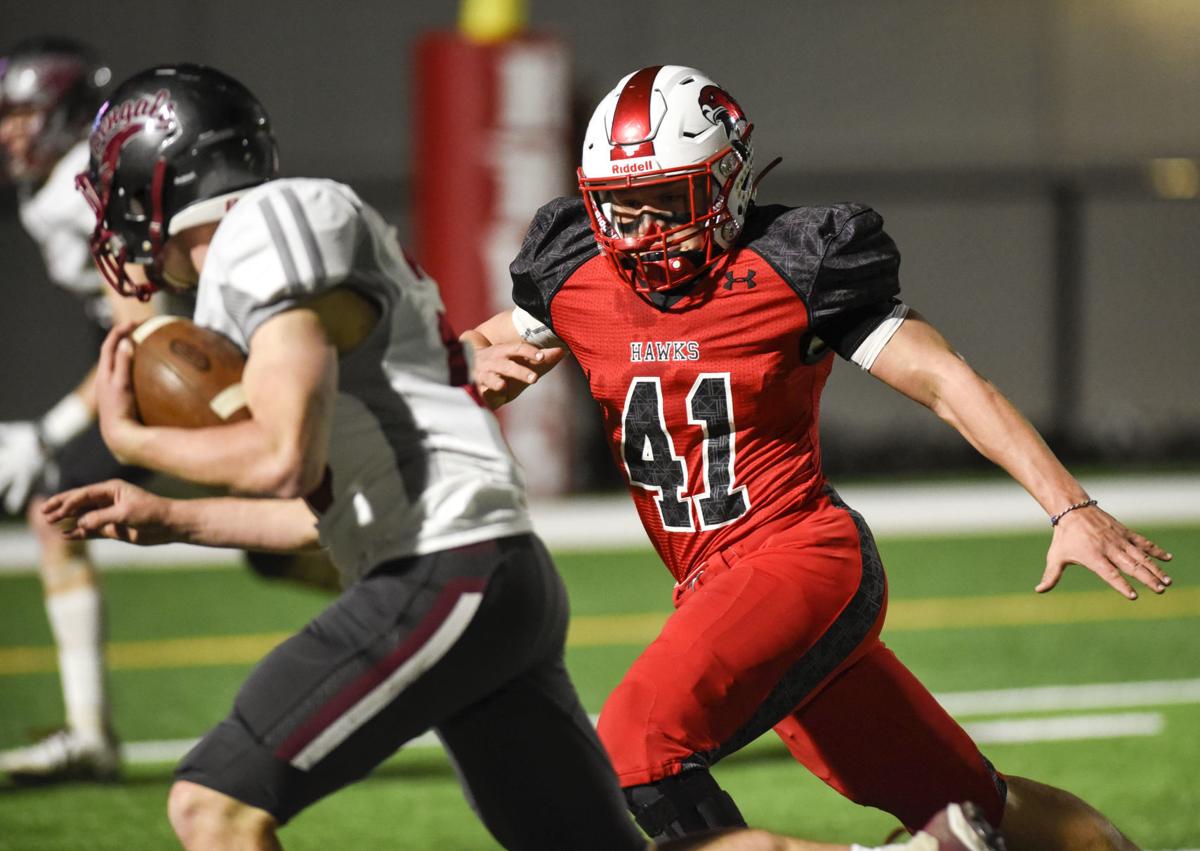 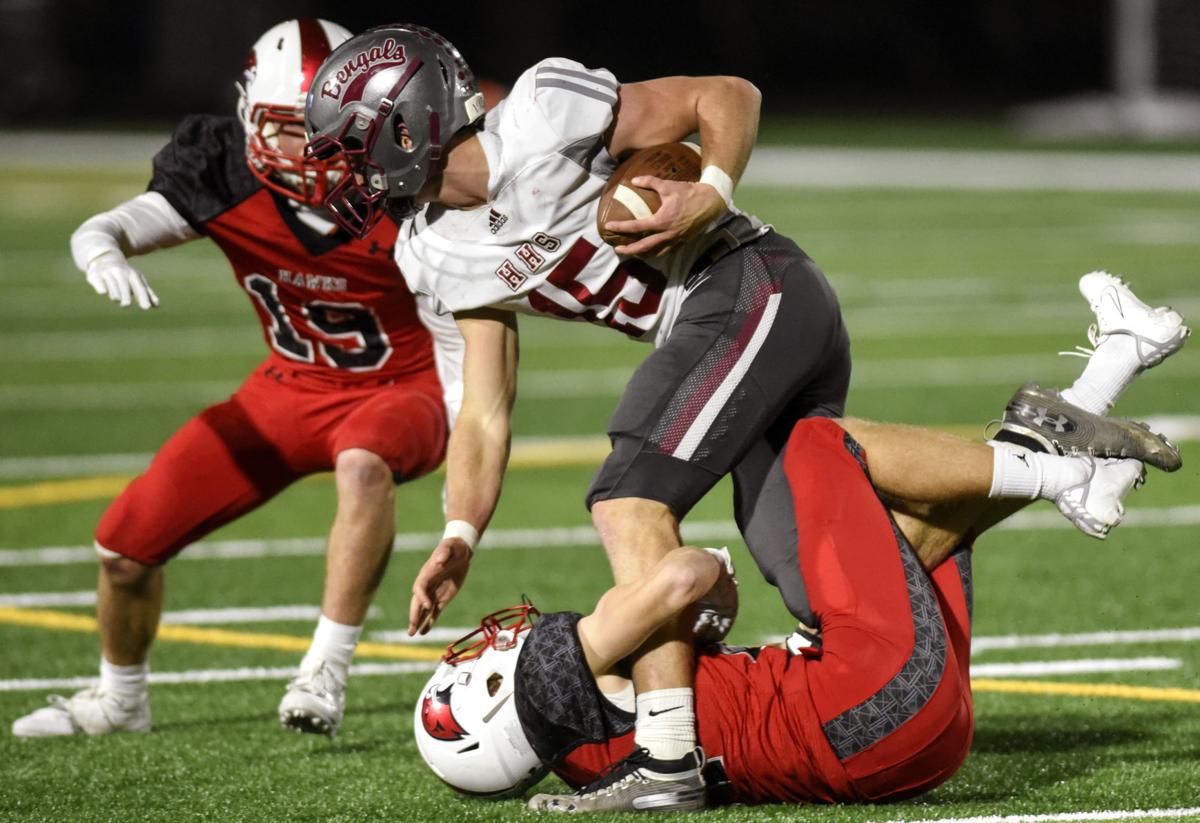 Carter Ash already had an idea of what was coming. So he played off coverage and hoped to bait Helena’s quarterback into throwing.

Ash jumped in front of Chase McGurran right in front of Helena’s bench. He caught the ball at the Hawks’ 45-yard line and saw nothing but empty space ahead. He sprinted all the way to the end zone, lifted the ball into the air, and before he could celebrate with teammates, Ash had to wait for them to catch up to him.

“It all happened so fast,” Ash said, “but right when I caught it, I knew I was going to take it all the way.”

Ash’s pick-six with 10 minutes left gave Bozeman (9-1) the separation it needed in its 17-7 win against Helena (6-5) on Friday at Van Winkle Stadium. The score bumped the Hawks’ lead from three points to 10. Bozeman grinded out the game from there and advanced to the Class AA semifinals.

For the second straight season, a Hawks interception returned for a touchdown made the difference against the Bengals. Last year, it was Ryan Simpson taking the ball the length of the field. This time, the game-changing play occurred in the quarterfinals. Now Bozeman is two wins from a state title.

“I think that finished it right there,” Hawks head coach Levi Wesche said. “I think that secured the game for us.”

For the sixth time in 10 games this year, Bozeman allowed seven points or less. The Hawks’ defense clamped down again and pressured the opposing quarterback. They stopped the run. They defended mostly in man-to-man defense, forcing Helena to make challenging throws. The Bengals’ only score came when they took over 21 yards from the end zone.

The defense that aspires to be the top unit in the state proved worthy of the title Friday.

“We just take pride in it,” Ash said.

Early in the second quarter, Bozeman lined up to punt on fourth down. After the ball flew into the end zone for a touchback, referees gathered and called a holding penalty. They announced that because the ball was in the air when the infraction occurred, the Hawks kept possession.

Helena head coach Scott Evans marched out halfway across the field and called a timeout in search of an explanation. Regardless of what was said, Bozeman still held the ball.

On the very next play, a first and 10 from the Bengals’ 34, quarterback Jake D’Agostino hit Kenneth Eiden over the middle of the field for a touchdown.

“Actually I called a shot for Brett (Clark),” Wesche said, “and my quarterback noticed they left the middle of the field open and just made a great read and great throw.”

Minutes later, the Hawks punted on fourth and 12 from their own 41. But a Helena player was penalized for roughing the kicker, and again Bozeman picked up an automatic first down. The drive resulted in a 29-yard field goal and gave the Hawks a 10-point halftime lead with all 10 points coming off costly Bengals fourth-down penalties.

“Penalties in games like that, defensive battles, you got to take advantage of them,” Ash said.

Midway through the third, D’Agostino rolled to his right and was slammed from behind by Helena’s Booker Perkins. Marcus Evans recovered to give the Bengals the ball on Bozeman’s 21.

A few plays later, Raef Miller ran from the left, across Helena’s formation and took the ball into the right side of the end zone without being touched. The sweep play made it a three-point game.

But the Bozeman slip up was only brief.

The Hawks’ defense clamped down in the fourth quarter. Helena received a punt at its own 29 with seven minutes left. After gaining 4 yards and using a minute and nine seconds of game time, the Bengals punted back to Bozeman.

On Helena’s next possession, Hayden Ferguson fumbled a backward pass. The Hawks recovered. Linebacker Kaelan Patten went to the sideline and waved to the student section.

Another stop, another turnover and another piece of evidence why Bozeman won.

“Turnovers,” Wesche said. “We forced more than them, and that’s what decided the game.”

With 45 seconds left, Eiden recorded one final sack. He crept up from behind and smothered the quarterback.

Fans began leaving the stadium. The Hawks left no doubt.

“Winning ugly is better than losing pretty any day of the week,” Wesche said. “We just want to move on to the next round and continue to prove ourself as a team.”