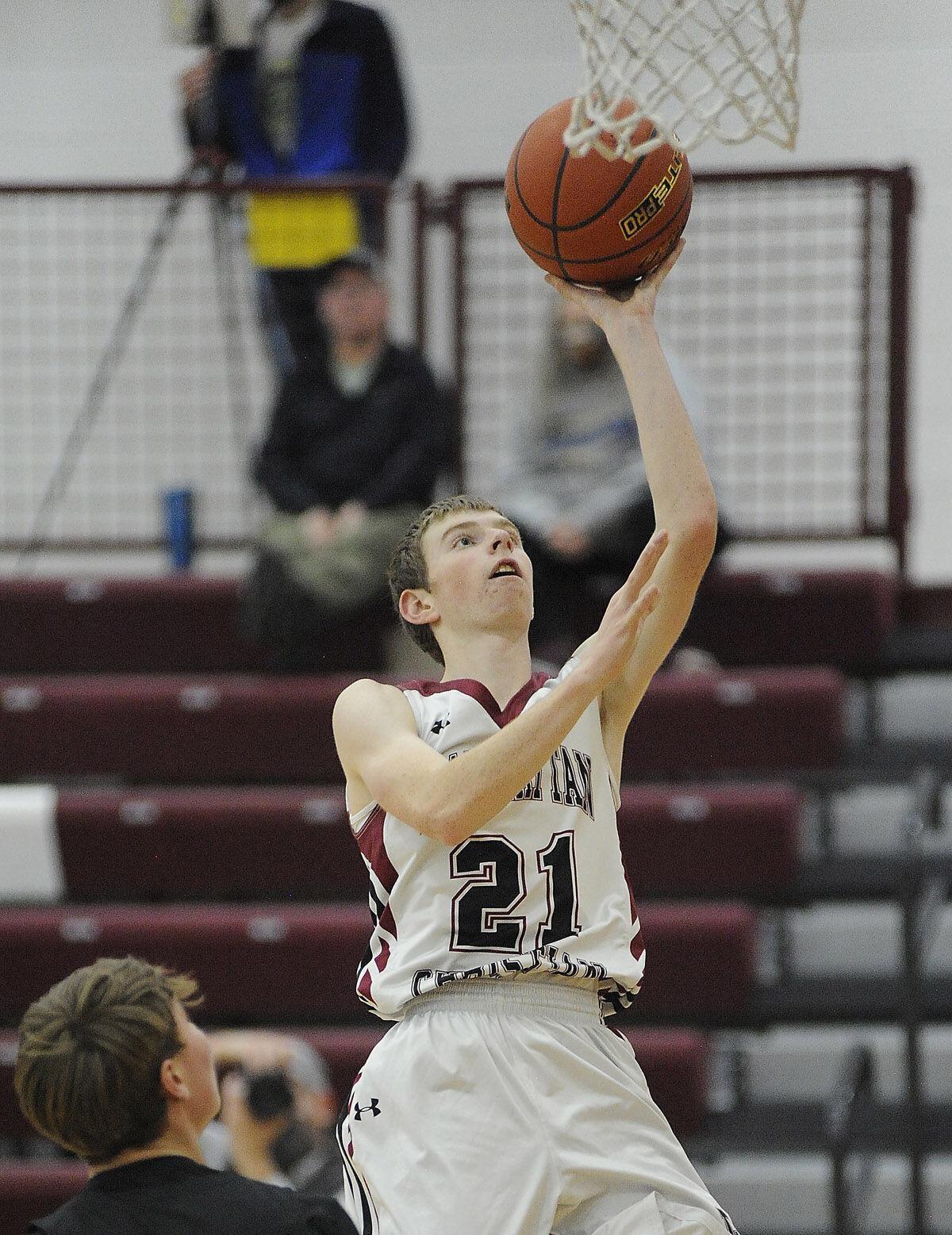 Manhattan Christian's Seth Amunrud goes up for a layup against Gardiner earlier this season.

Manhattan Christian's Seth Amunrud goes up for a layup against Gardiner earlier this season.

After suffering its first loss of the season in the district championship a week prior, Manhattan Christian had plenty of motivation to win on Saturday.

As they had throughout the week, the Eagles used their defense to defeat Twin Bridges 67-23 in the Western C Divisional championship in Deer Lodge.

The Eagles limited their opponents to 35 points and 33 points in their other divisional games.

The Eagles (22-1) lost to the Falcons in the District 12C championship on their home court, 52-44, just a week earlier. After being held to a season low point total, this kept Christian from winning its fifth consecutive district title.

Now, the Eagles will be the No. 1 seed out of the West at the Class C tournament.

Christian dominated from the beginning, taking a 14-5 advantage after one quarter and leading 31-11 going into intermission. The Eagles outscored the Falcons 21-4 in the third quarter and 15-8 in the fourth.

Tebarek Hill had seven assists while Caidin Hill had six. Of Christian’s 28 made shots, 18 were from assists.

The Eagles used their defense to create offensive opportunities. They forced Twin Bridges into 16 turnovers and scored 18 points off of them.

After winning its first 21 contests of the season, Manhattan Christian lost its first game this year as Seeley-Swan remained undefeated with a 57-51 win over the Eagles in the Western C Divisional championship Friday in Deer Lodge.

But the Blackhawks held on to the win.