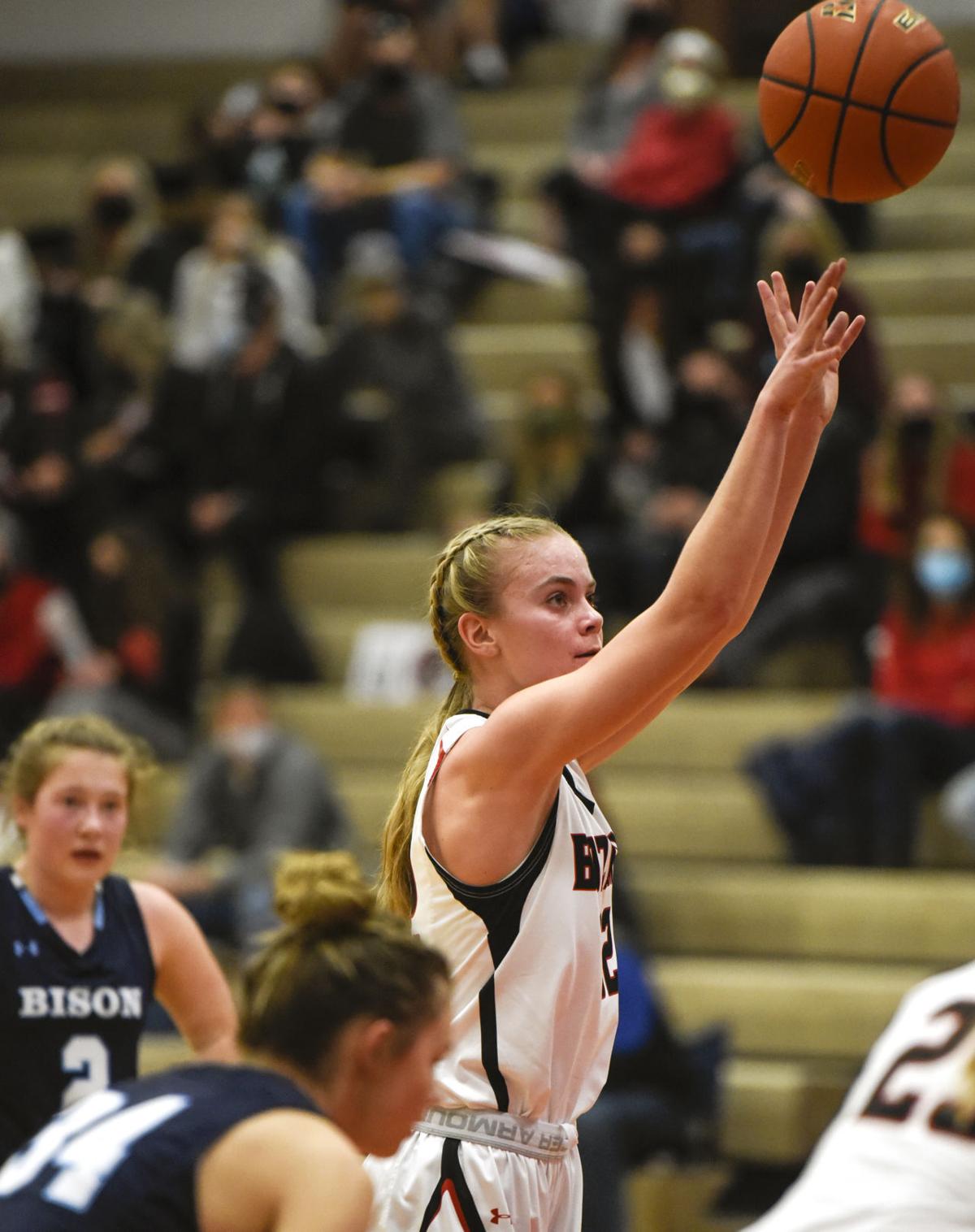 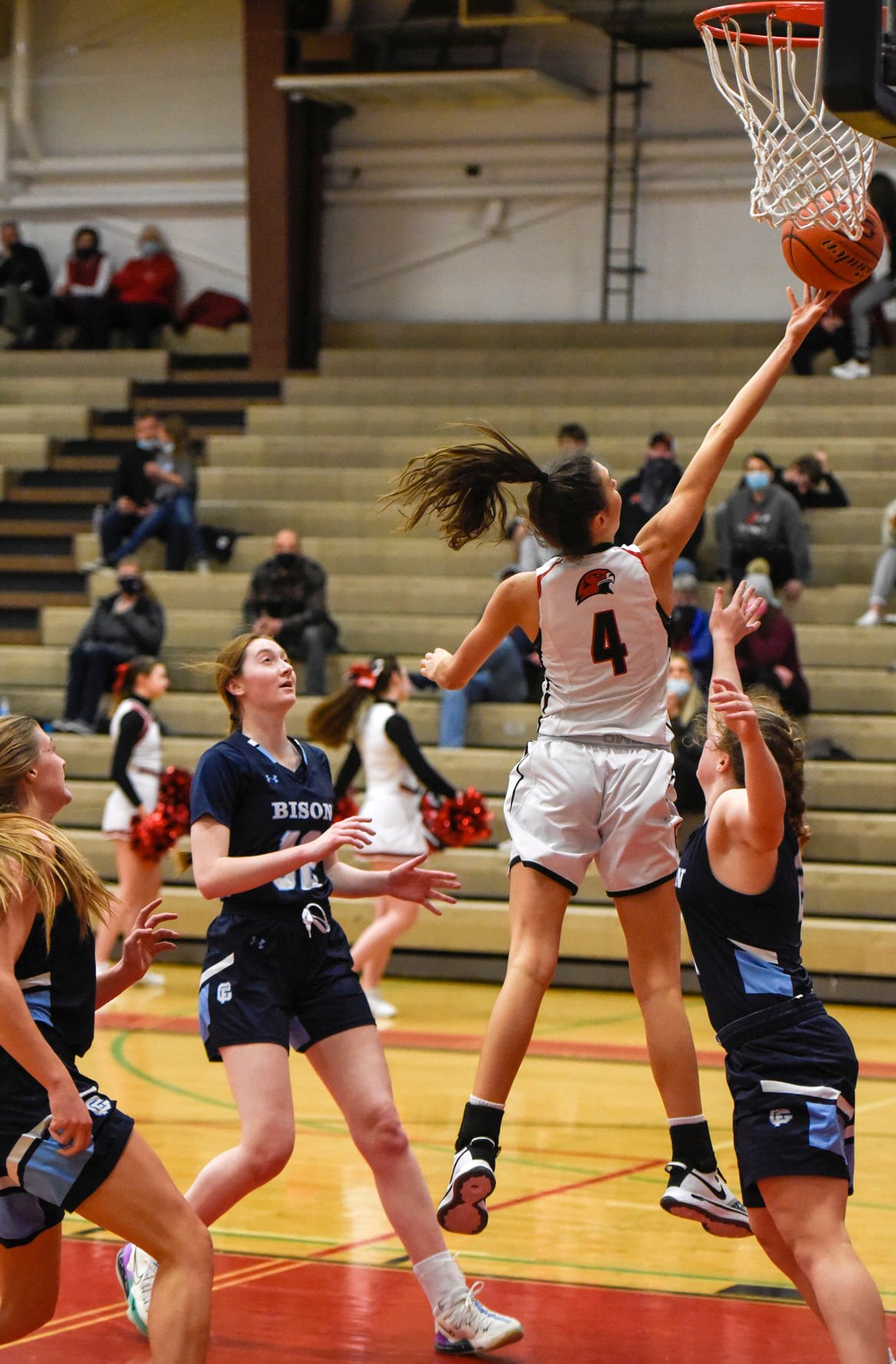 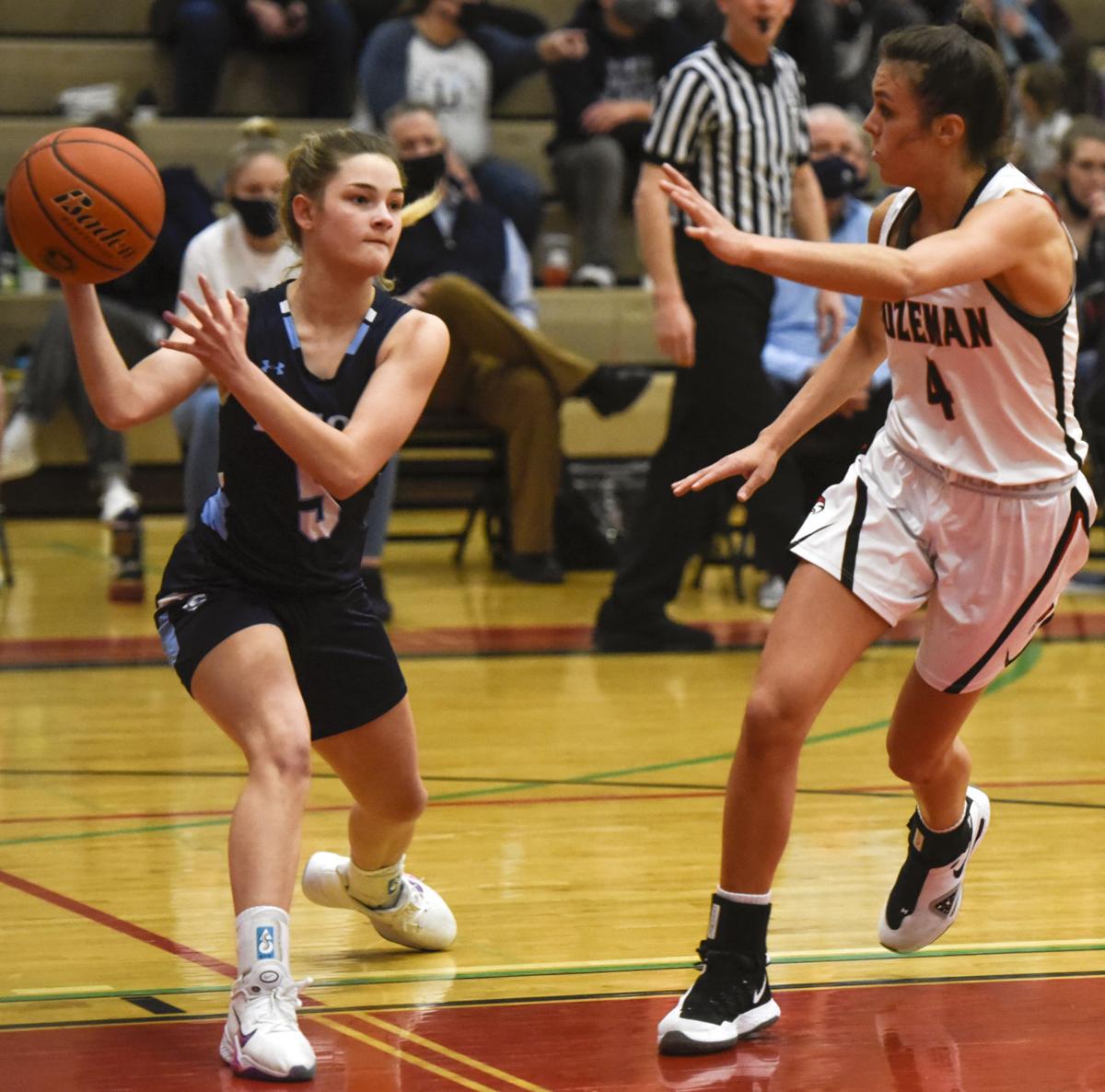 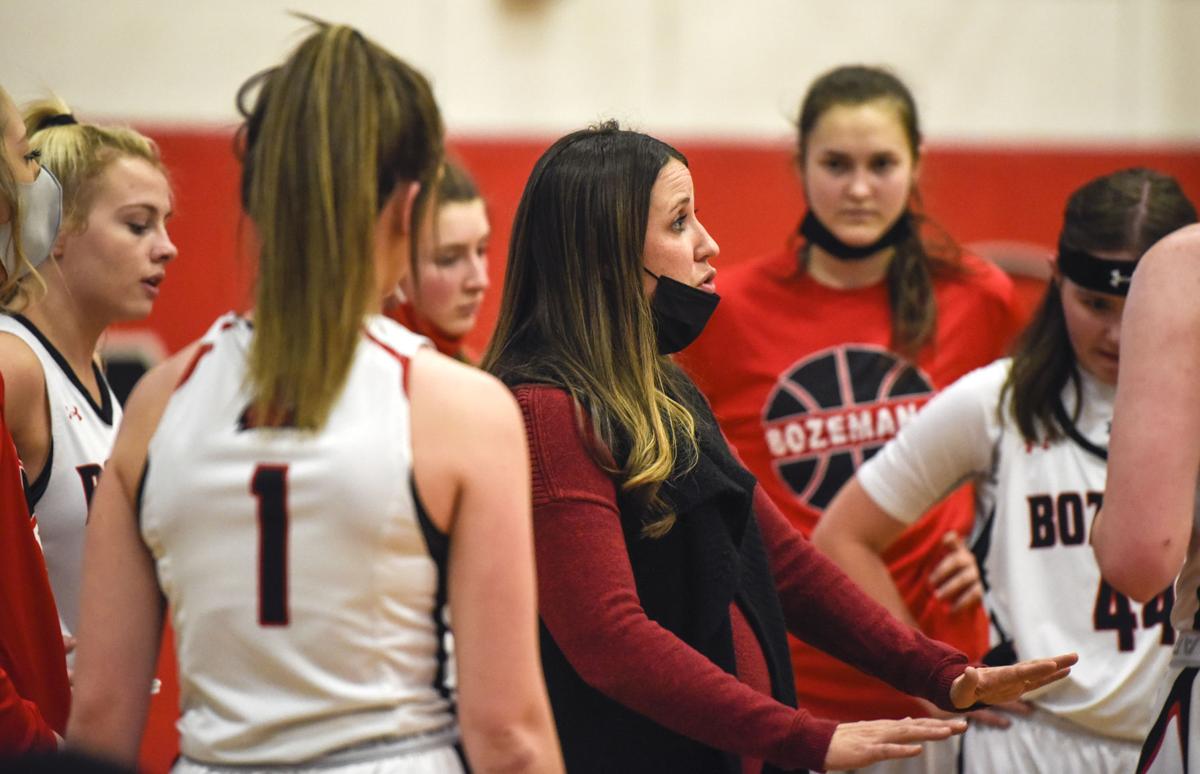 Bozeman head coach Erika Gustavsen talks to her team during a timeout Saturday at Bozeman High. 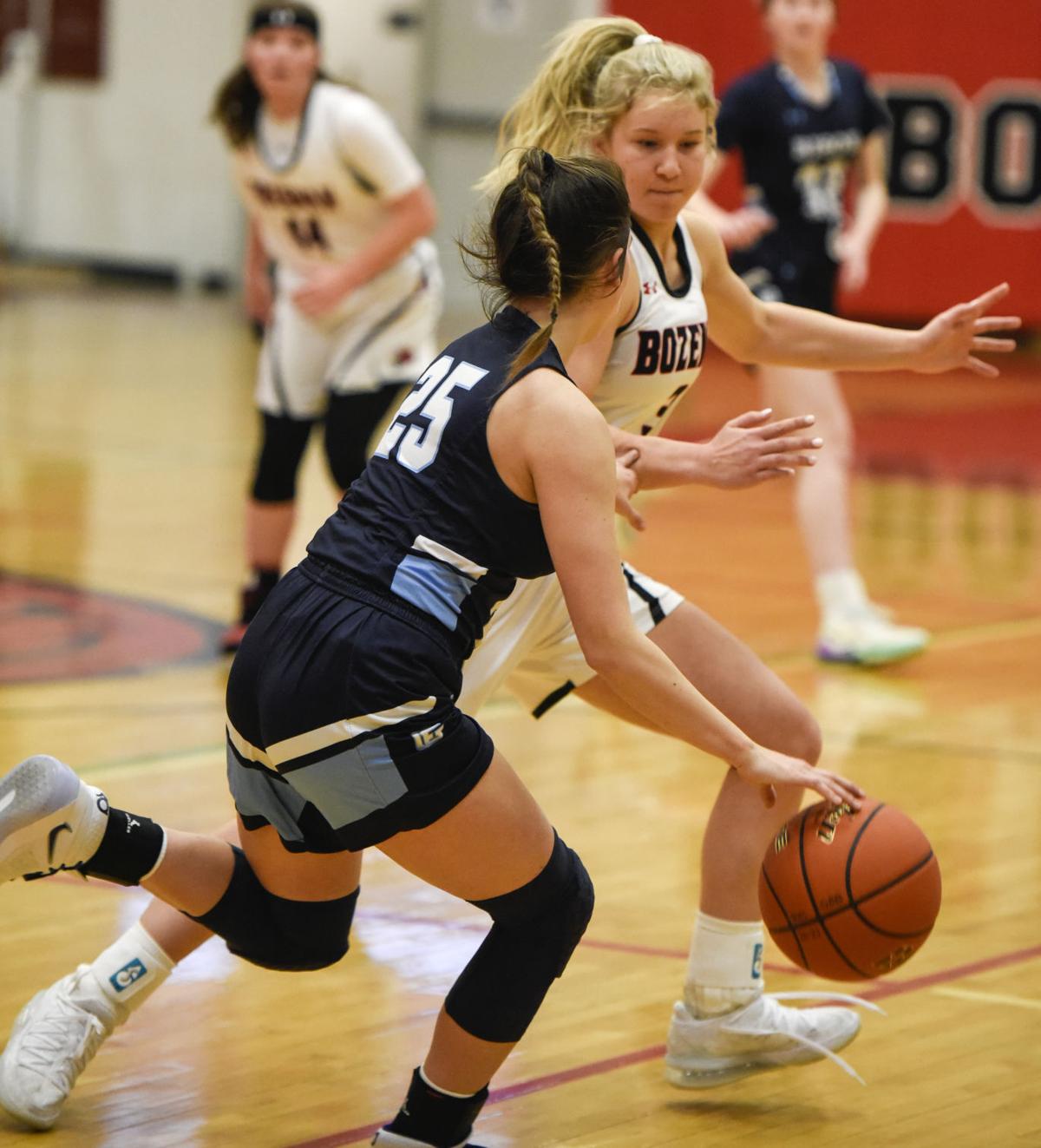 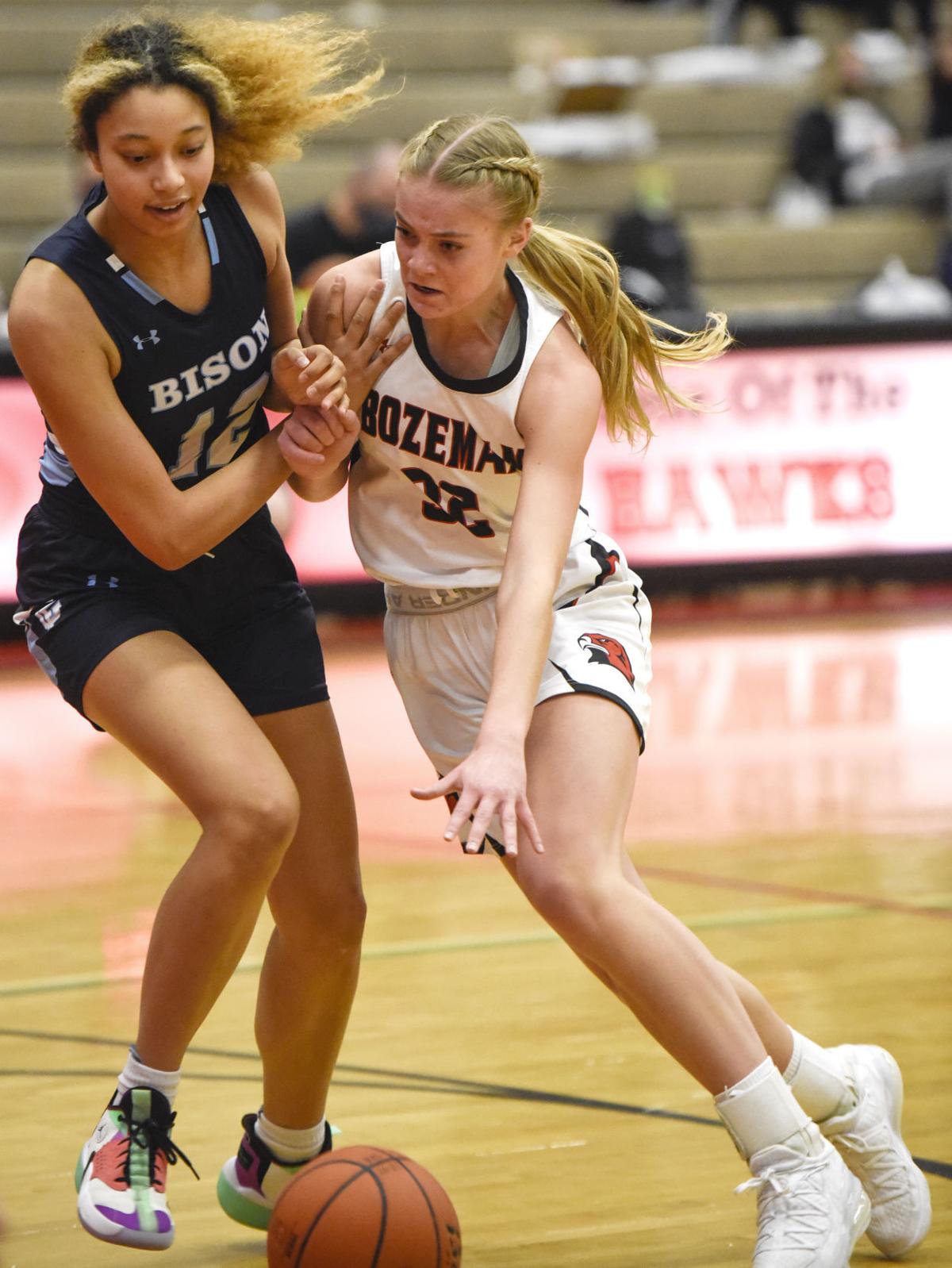 Bozeman head coach Erika Gustavsen talks to her team during a timeout Saturday at Bozeman High.

After trailing by four points entering the fourth quarter, Bozeman outscored Great Falls by six points in the final frame to win 46-44 on Saturday at Bozeman High.

The Bison led 15-8 after one quarter and 25-22 at halftime. The Hawks (9-3) limited Great Falls to seven points in the fourth quarter while scoring 13.

Though Gallatin was winning by two after the first quarter, Great Falls CMR outscored the Raptors from there in a 66-56 win at Gallatin on Saturday.

Alex Madsen led CMR with 14 points while Chloe Pace had 12 and Shania Gardipee had 10.

Great Falls led by 17 points after just one quarter on its way to defeating Bozeman 70-33 at home on Saturday.

The Bison led 39-14 at halftime and 56-22 going into the final quarter. Drew Wyman scored a game-high 21 points to lead Great Falls, which made nine 3-pointers. Tarel Rollins made five of those 3s for 19 points.