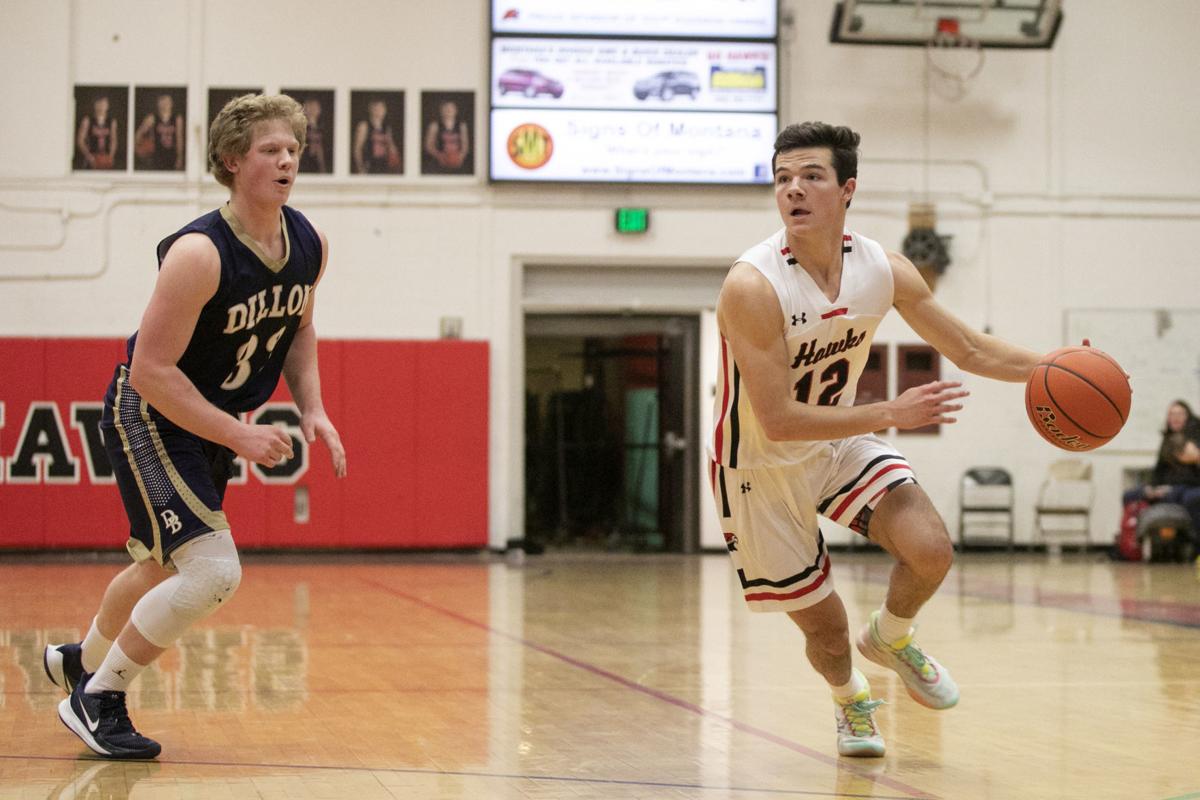 Top: Bozeman senior Jackson Coles dribbles toward the hoop against Beaverhead County on Tuesday night at Bozeman High. ABOVE: Coles buries a 3-pointer. 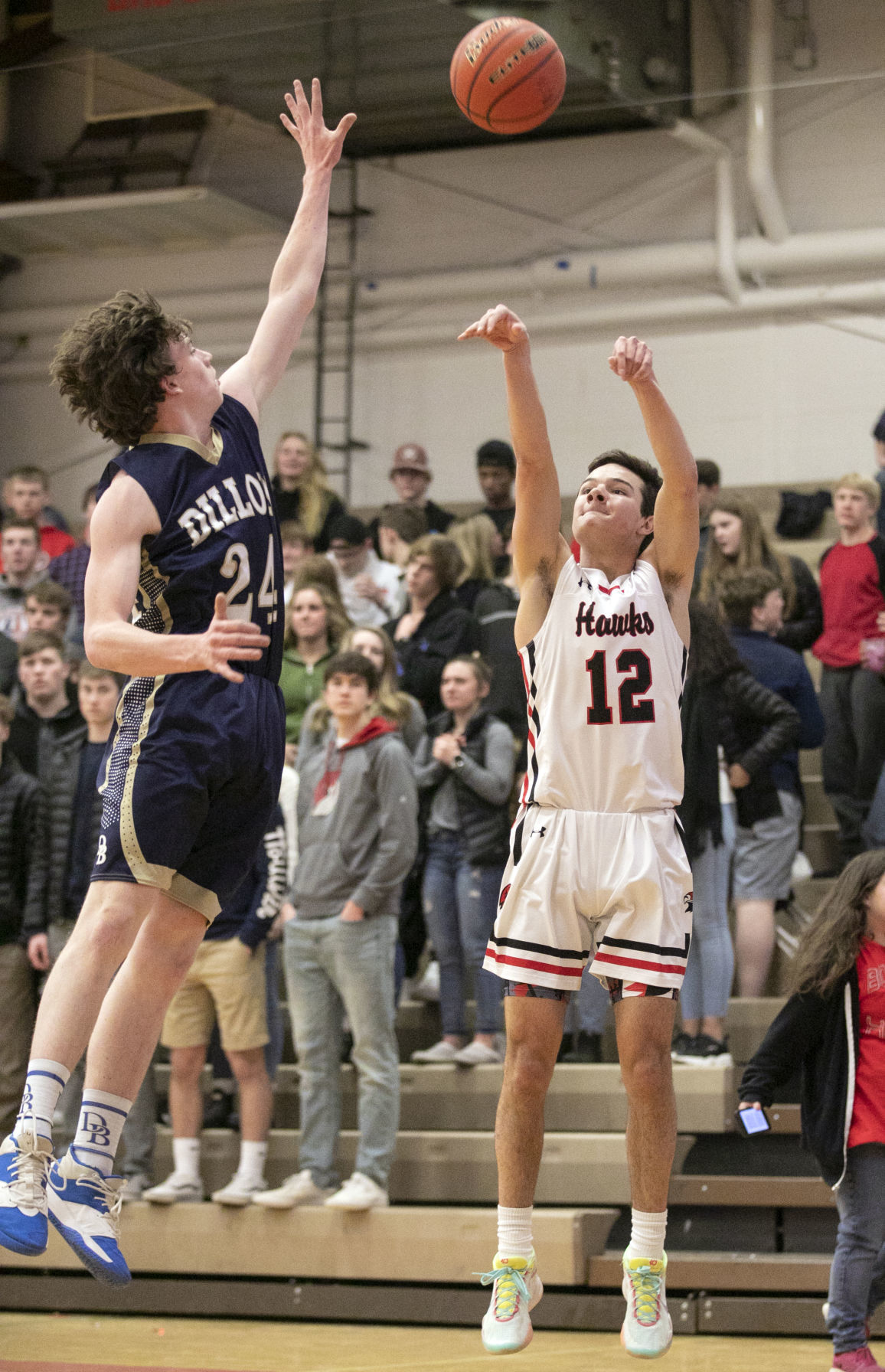 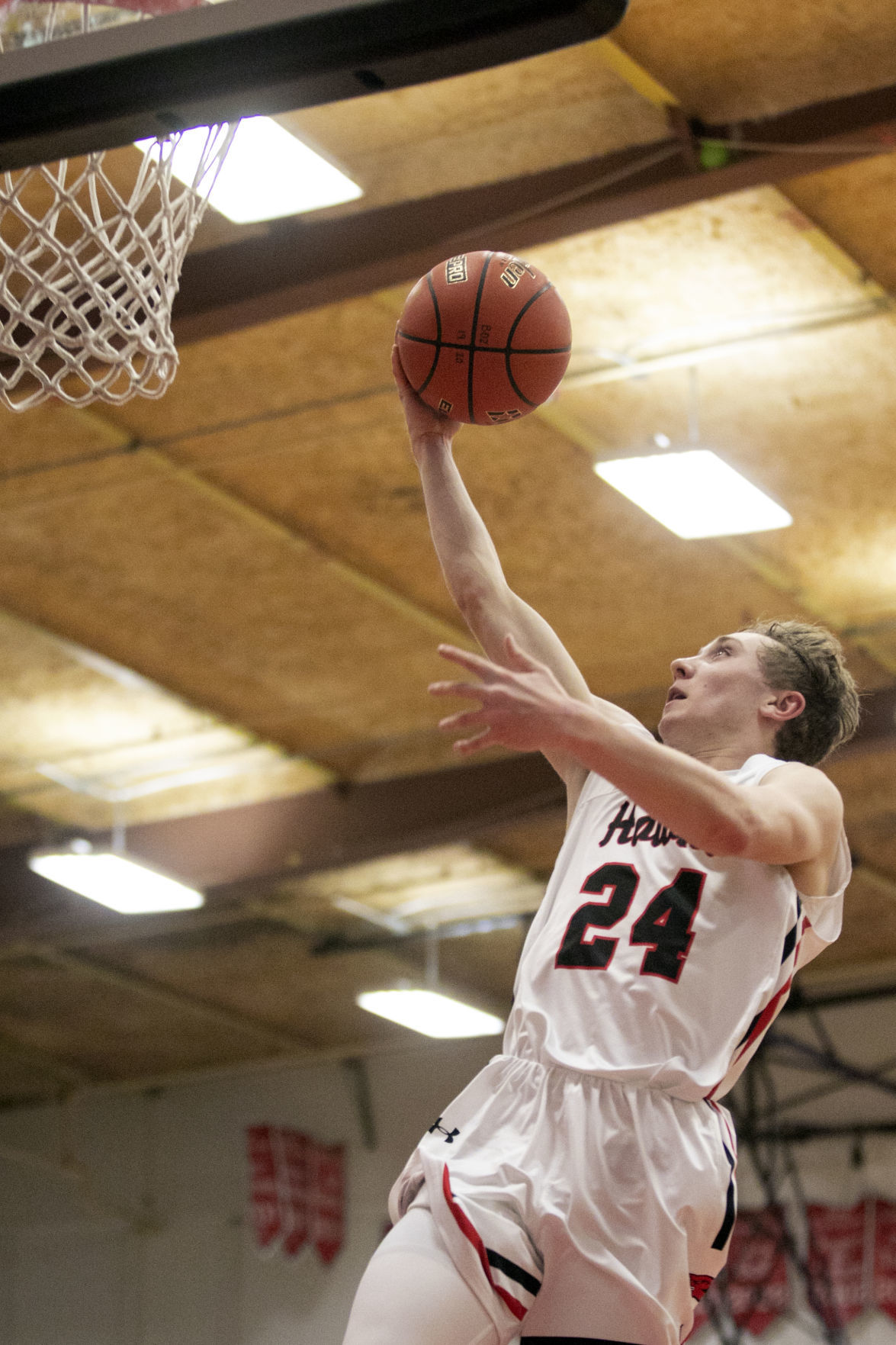 It took nearly all eight minutes of the first quarter for a team to establish command. Both Bozeman and Beaverhead County missed several shots. They traded empty possessions.

But then came Jackson Coles, ripping through the opposing defense with ease and converting basket after basket.

He made a 3-pointer to break a tie at four points apiece and give the Hawks the lead for good. He made another 3 late in the opening frame as he was bumped to the floor by the Beavers’ Connor Curnow.

Teammates helped him up, high-fived him and Coles repaid their appreciation by making the ensuing free throw. In the final seconds of the first quarter, Coles finished a transition layup and sparked Bozeman (8-5, 4-3 Eastern AA) in the Hawks’ 68-39 win Tuesday at South Gym.

“My teammates, they're always finding me,” Coles said. “I try to get open when I can. They're always hitting me with good passes. I just do my job to finish them.”

After averaging six points per game a year ago, Coles has emerged in his senior season. He was among the most effective players on the court in Tuesday’s victory against the Beavers, often scoring at timely moments. He finished with a game-high 17 points to go along with five assists, three steals and three rebounds.

As Coles led Bozeman, so did its pressurizing defense. The Hawks forced 23 turnovers and scored 25 points off those. While Bozeman only outshot Beaverhead County 49% to 46%, the Hawks attempted 20 more shots overall.

“We did a good job of flying around, anticipating things and forcing them into making bad decisions,” Hawks head coach Wes Holmquist said. “We were able to get out in transition, get some layups.”

Coles’ six straight points to end the first quarter gave the Hawks the separation they maintained the rest of the contest. It also kicked off a 17-2 run that lasted through most of the second quarter.

Coles subbed back in six minutes before halftime and continued his hot start. He intercepted a pass as Bozeman used a trapping scheme and laid the ball in easily. Coles accounted for 11 of the Hawks’ first 19 points.

The Beavers opened the contest in a 1-3-1 zone defense, and Coles said Bozeman was caught a little off guard. Once the Hawks settled in, and attacked in transition before the defense was set, Bozeman’s lead snowballed.

“I knew we were going to have to put together a run,” Coles said, “or else they would hang with us all game unless we put something together and broke away.”

Beaverhead County struggled to find a flow as Bozeman trapped at halfcourt, pressed in the full court and eliminated any potential rhythm the Beavers nearly developed. Brett Clark and Carter Ash each added 16 points, many of which came on open layups.

Holmquist observed his players were keeping the Beavers guessing. Sometimes the Hawks extended out, tipped passes and forced turnovers while other times they sat back and didn’t allow Beaverhead County an opportunity to beat the defense.

Coles’ improvement defensively has been one of the biggest jumps he’s made, Holmquist said. His ability to contribute on both ends has made him a valuable asset to this year’s team, and it was on display again.

“He's so quick and athletic, and he anticipates really well,” Holmquist said. “I really like how he's attacking the basket. Doing a great job with that. He's a senior, and we expect a lot out of him and I think he's being a really good floor general for us right now.”

This season, Coles increased his average to 10.6 points per game entering the past week. For the third straight game, Coles scored 17 points, continuing to raise his numbers and lift the Hawks as they gear up for the final stretch of the season.

“I kind of knew that from the start if we want to be successful this year, I have to step up into a bigger role than I played last year,” Coles said.

After Beaverhead County came within 12 points early in the third quarter, Bozeman bolstered its comfortable cushion with a 14-0 run. Coles scored four points in that stretch, deflected passes and assisted Ash for a layup.

It was all part of the Hawks’ desired style.

“Our team all year, our scoring's been really balanced,” Coles said. “I think we're all really unselfish. We don't really care who's scoring.”