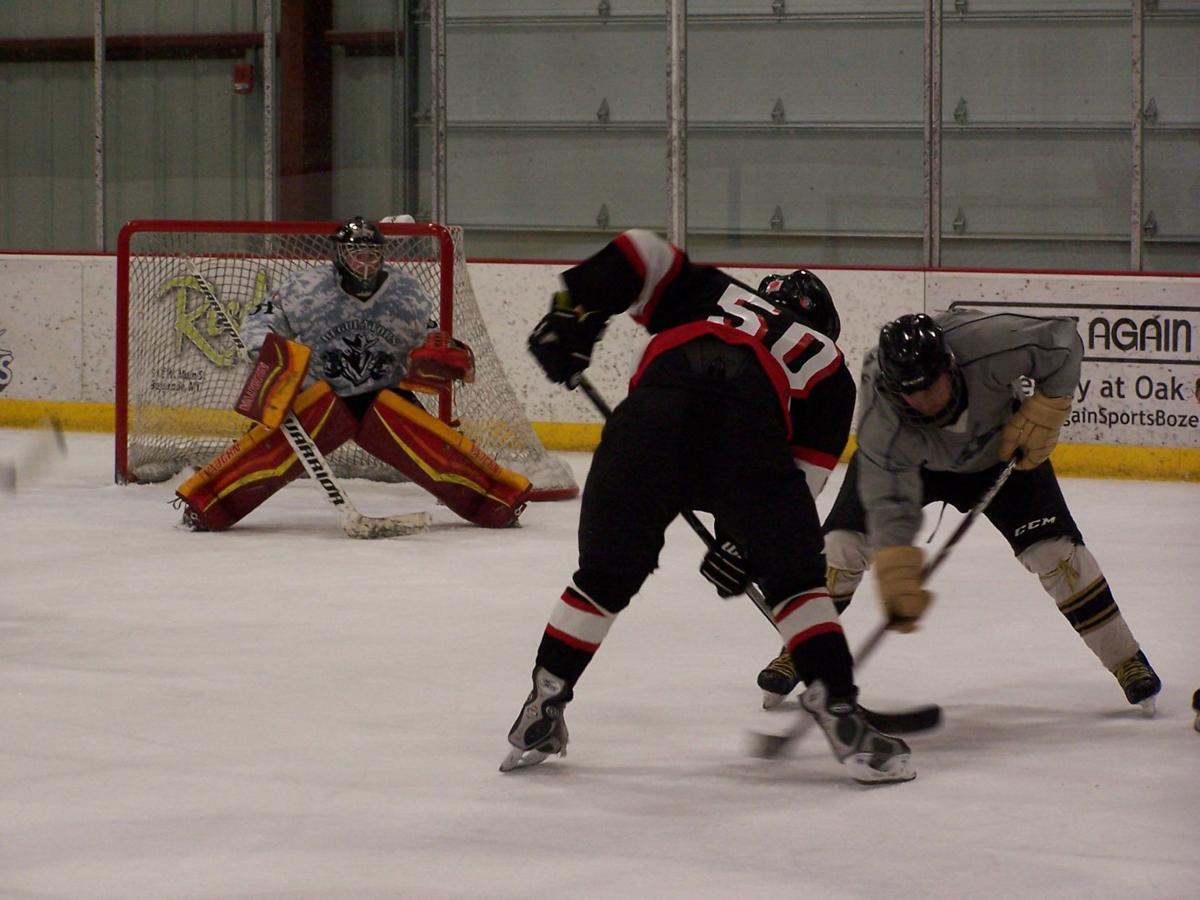 Bozeman Amatuer Hockey Association games were canceled because of the coronavirus pandemic. 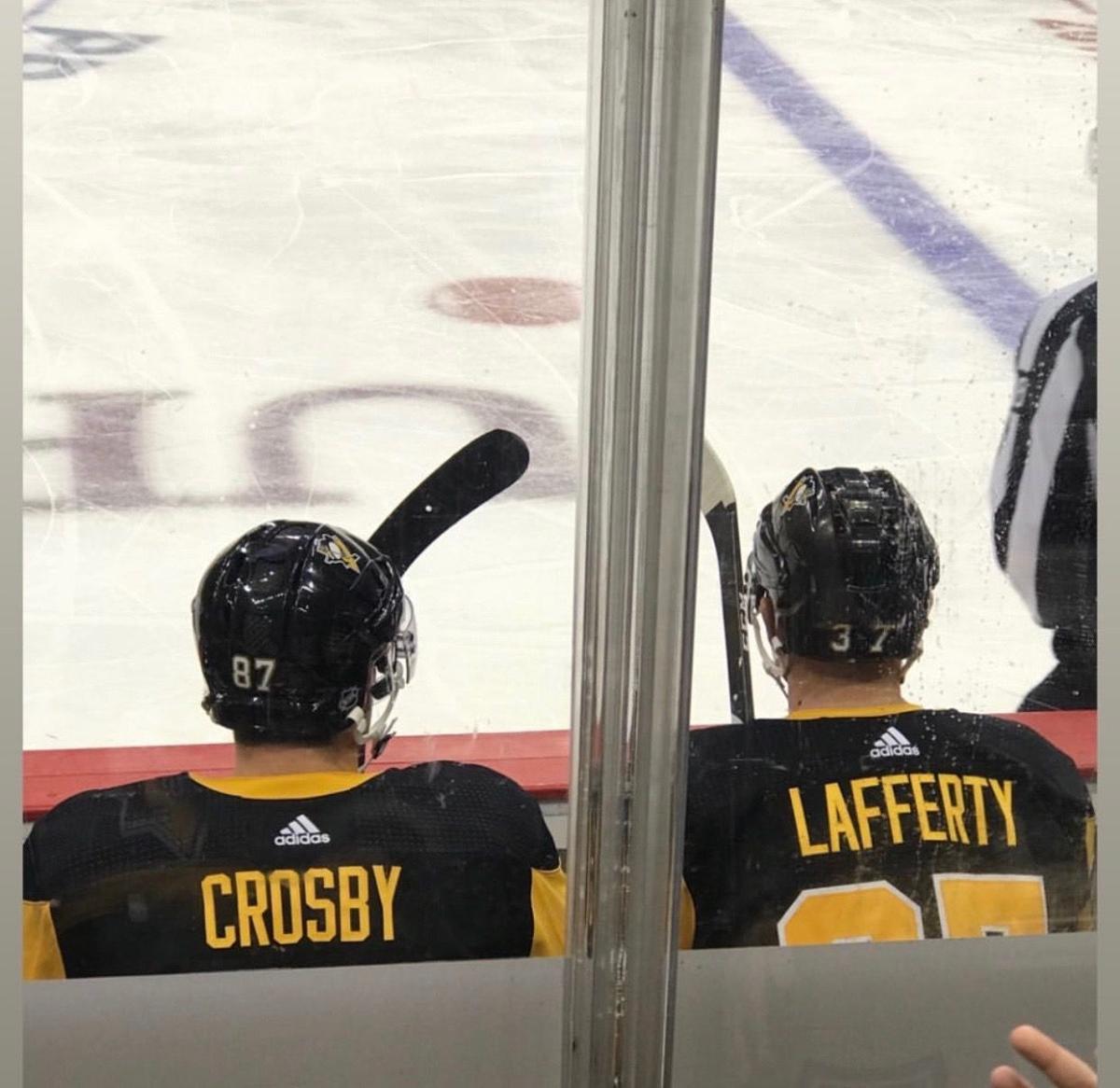 TOP: The Haynes Hockey League playoffs were held virtually, instead of in person, because of the coronavirus pandemic. ABOVE: Sam Lafferty, right, made his NHL debut this season.

The Haynes Hockey League playoffs were held virtually, instead of in person, because of the coronavirus pandemic.

Bozeman Amatuer Hockey Association games were canceled because of the coronavirus pandemic.

TOP: The Haynes Hockey League playoffs were held virtually, instead of in person, because of the coronavirus pandemic. ABOVE: Sam Lafferty, right, made his NHL debut this season.

The Haynes Hockey League playoffs were held virtually, instead of in person, because of the coronavirus pandemic.

Having played professional hockey, Sam Lafferty is familiar with pressure when a game is on the line.

But instead of making game-winning plays, he decided the fate of seasons by drawing from a hat on Thursday evening.

Bozeman Amatuer Hockey Association games were called off because of the coronavirus pandemic, preventing many teams from finishing their seasons. But organizers and players wanted some way to honor a champion.

Thus, the Haynes Hockey League playoffs were held virtually over Zoom on Thursday night, deciding the winner of five adult leagues that are made up of about 44 teams and 800 adult league players.

Gallatin Ice Foundation general manager and BAHA director Dave Weaver, Riley Stillman of the Florida Panthers and Lafferty, who plays for the Pittsburgh Penguins, randomly drew names of teams to decide the winners.

“What everybody looks forward to is the three weeks of playoffs. It’s just super fun. The rink is energized, and the players stick around and watch everybody else play,” Weaver said. “That’s one of the reasons why we wanted to do this event was to maybe put a smile on everybody’s face and have some laughs with everybody together.”

Weaver said he closed his rink down early during the pandemic. Youth hockey leagues had mostly finished up for the year. But adult hockey players were left “extremely” disappointed because they were still six weeks away from the conclusion of the season, Weaver said.

Several events and tournaments were called off. A tournament for 50-years-or-older players that includes over 20 teams, the Get Lucky Cup Tournament for women’s players, a youth hockey development camp and the prospects camp for Montana State’s club team, which Weaver is the head coach of, were all among those nixed.

The Gloves Off Gala, which brought Olympic legend Mike Eruzione to Bozeman last year, was moved online as well.

Weaver and others at BAHA began bouncing around ideas for how they could conclude the season. The idea for Thursday’s virtual playoffs was born.

“That was the best formula we could come up with,” Weaver said with a laugh.

Teams were ranked according to their regular season record and earned a corresponding number of tickets. For example, a team with a better record in a matchup had more tickets, thus its chances of being drawn and winning were higher.

Other random prizes like hats and gift cards were awarded for things like being the first team knocked out of the playoffs, being voted the most respected team and having the best Zoom background. Some teams prepared videos with clips from the year as well.

“We just thought it would be a fun way to conclude the season,” Weaver said, “and get all the adults together if they wanted to participate.”

Lafferty returned to Phoenix where he trains with Stillman during the offseason a few weeks after the NHL’s season, his rookie year, was suspended. Weaver, Lafferty’s stepfather, and his family are there as well.

Lafferty has been involved with Bozeman’s hockey community before. He’s donated jerseys and attended the Gloves Out Gala while tuning into this year’s virtual one. He’s also helped run winter clinics and skated with youth players.

Lafferty called that type of involvement one of the most important parts of his sport.

“That’s what it’s all about,” he said. “That’s exactly how it was for us when we lived in Pennsylvania. It’s cool to see it’s pretty much the exact same thing in Montana.

“Just the way that hockey is, it’s all about the team and community and the families and the friendships. It’s a great, awesome community that they have in Bozeman.”

In response, people here have followed Lafferty’s career. He was drafted in 2014 by the Penguins, played four seasons at Brown University and another three for Wilkes-Barre/Scranton of the AHL before joining Pittsburgh this season.

During Lafferty’s last year in college, he even joined up with Weaver in a Bozeman adult league game. When asked, Weaver admitted with a laugh that they won.

“Most of Bozeman certainly knows who he is,” Weaver said of Lafferty. “He jumped at the chance to help us out.”

Between workouts at his home and the gym in his trainer’s garage, Lafferty has spent the last few months focused on off-ice training. He’s talked with his team during weekly video calls to review team strategies and concepts.

He wasn’t discouraged that his first NHL season was stopped. He’s optimistic it will resume. It’s simply a question of when.

“It’s been a little bit hard being away from the rink and not being able to skate,” he said, “but I’ve been trying to make the most of it.”

“I think it’s important to have a little closure,” Weaver said.