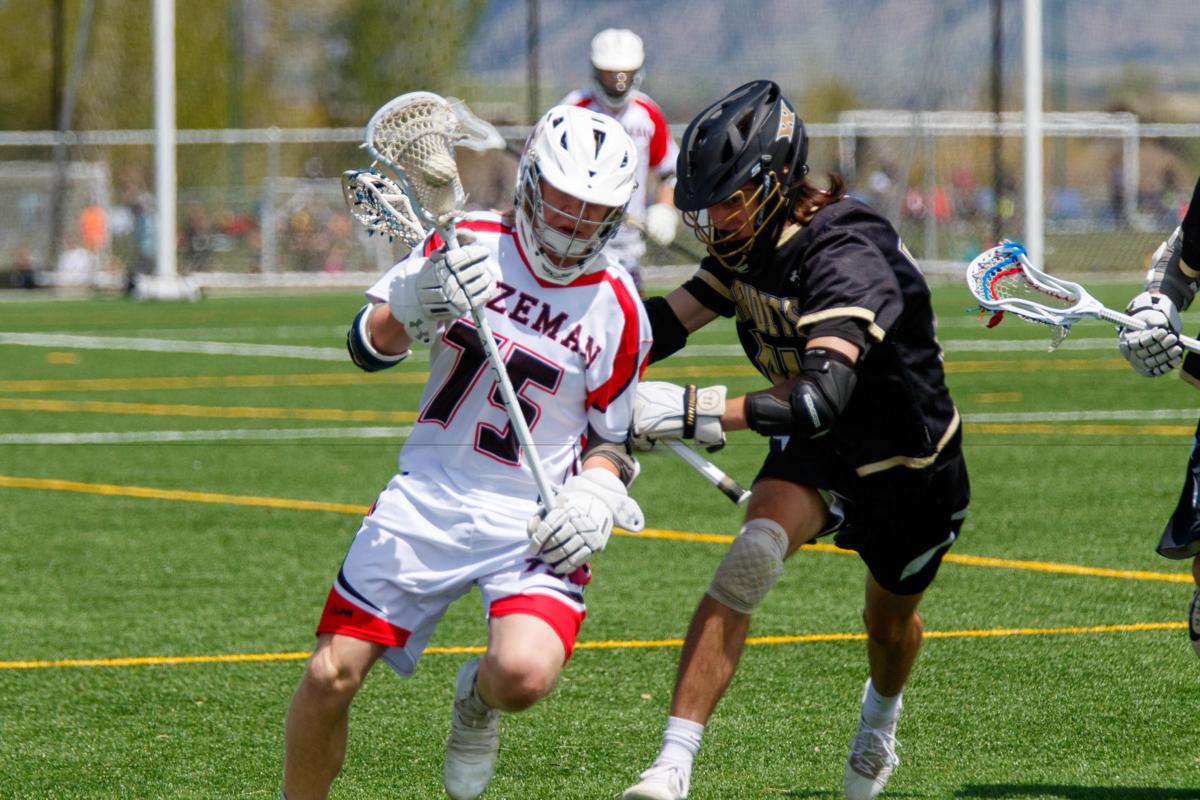 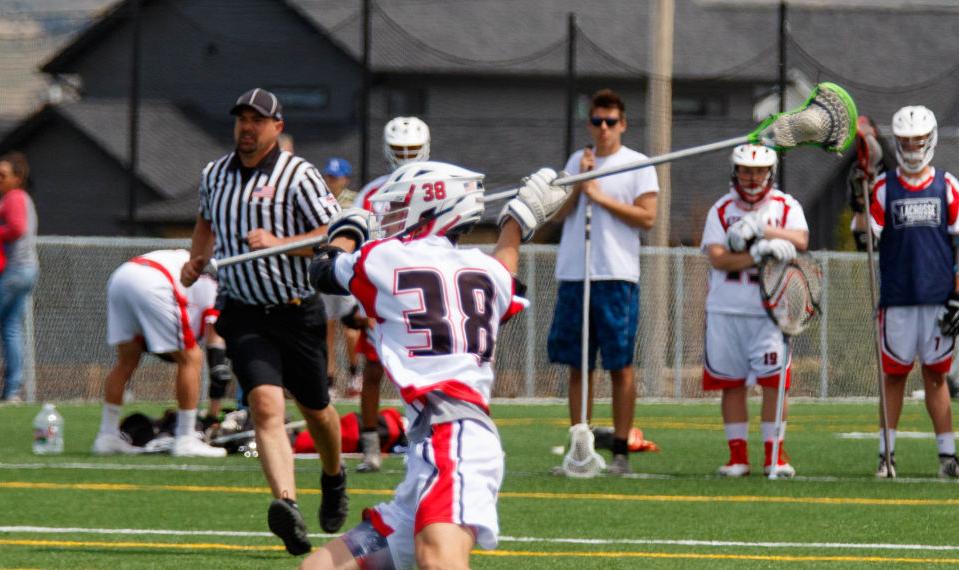 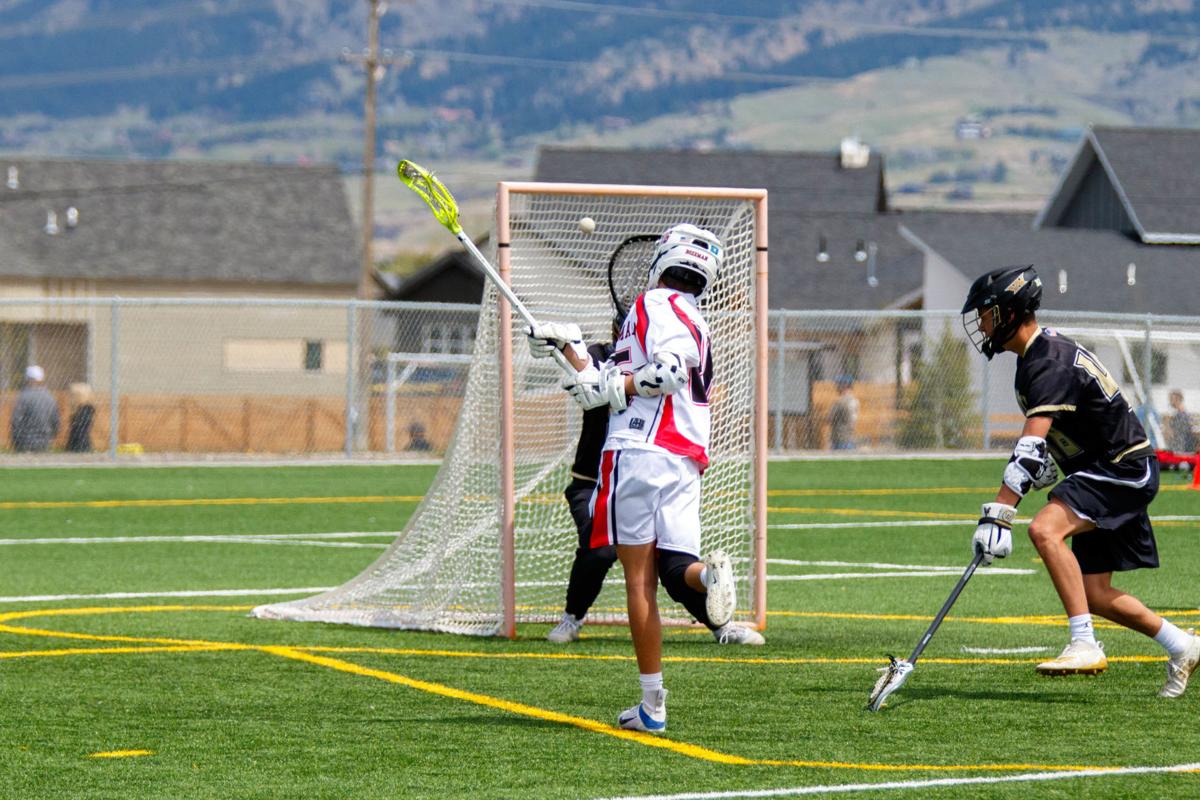 Bozeman's Jackson Wanderer shoots and scores in the fourth quarter against the Billings Bandits on Saturday at Bozeman Sports Park.

Bozeman's Jackson Wanderer shoots and scores in the fourth quarter against the Billings Bandits on Saturday at Bozeman Sports Park.

Bozeman wrapped up its regular season Saturday with a furious fourth-quarter comeback against the Billings Bandits, locking the team in as the No. 1 seed for next weekend’s state tournament.

Trailing by one goal headed to the final frame, Bozeman quickly regained control with a spurt of four scores in roughly four and a half minutes en route to a 6-4 win at Bozeman Sports Park.

“We preach being gritty, being resilient, and games like this are the kinds of games that test that resiliency,” said Bozeman head coach Dan Springer. “When they’re able to come back in the second half and prove that they are capable of winning those kinds of games, that’s (a good sign).”

Bozeman’s Nate Martel opened the scoring in the first quarter, but the Bandits stifled Bozeman’s offense for the rest of the half and went into the break leading 2-1. A third Billings goal found its way in during the third quarter, but a Kaden Kinney goal brought Bozeman to within one going to the fourth.

Logan Springer supplied the tying goal with 11 minutes, 27 seconds left. Zach Smith followed with the go-ahead goal at the 10:30 mark.

“One of the best feelings ever getting that lead,” said Smith, a senior long stick midfielder. “It got the whole team going. That goal started the momentum.”

Jackson Wanderer scored to make it 5-3 just 29 seconds later, and Kinney found the back of the net once more for extra insurance with 7:43 to play.

The Bandits scored with 2:33 remaining but were held in check the rest of the way.

“We were in the penalty box too much in that first half, and that takes a rhythm away from you,” Dan Springer said. “Obviously in the second half, there were more penalties on the other side, so we were able to get into an offensive rhythm.”

Bozeman concluded the regular season 13-1, with the only misstep being a 7-4 loss to Glacier on May 8. Otherwise, Bozeman largely picked up where it left off two years ago when the team won its third consecutive state championship.

There was no 2020 season to play because of the COVID-19 pandemic. Smith said it was important for the team to compete this year with the expectation of getting another state title.

To have this much success to this point, Springer credits his team for overcoming unfamiliarity between upper- and underclassmen who had not played together before.

“That was probably one of the biggest challenges, trying to figure out how to get the group to come together and jell because we have such diversity in their behaviors,” Springer said.

He added the players accomplished that in short order by committing to a team-oriented style of play.

Smith noted the team’s trust went a long way toward winning Saturday. It’s been prevalent throughout the season.

“I think that says a lot,” Smith said about what the weekend’s comeback showed. “It says how we can come back from the pits and bring each other back up with teamwork. ... We kind of just took it to them because we knew what we wanted.”