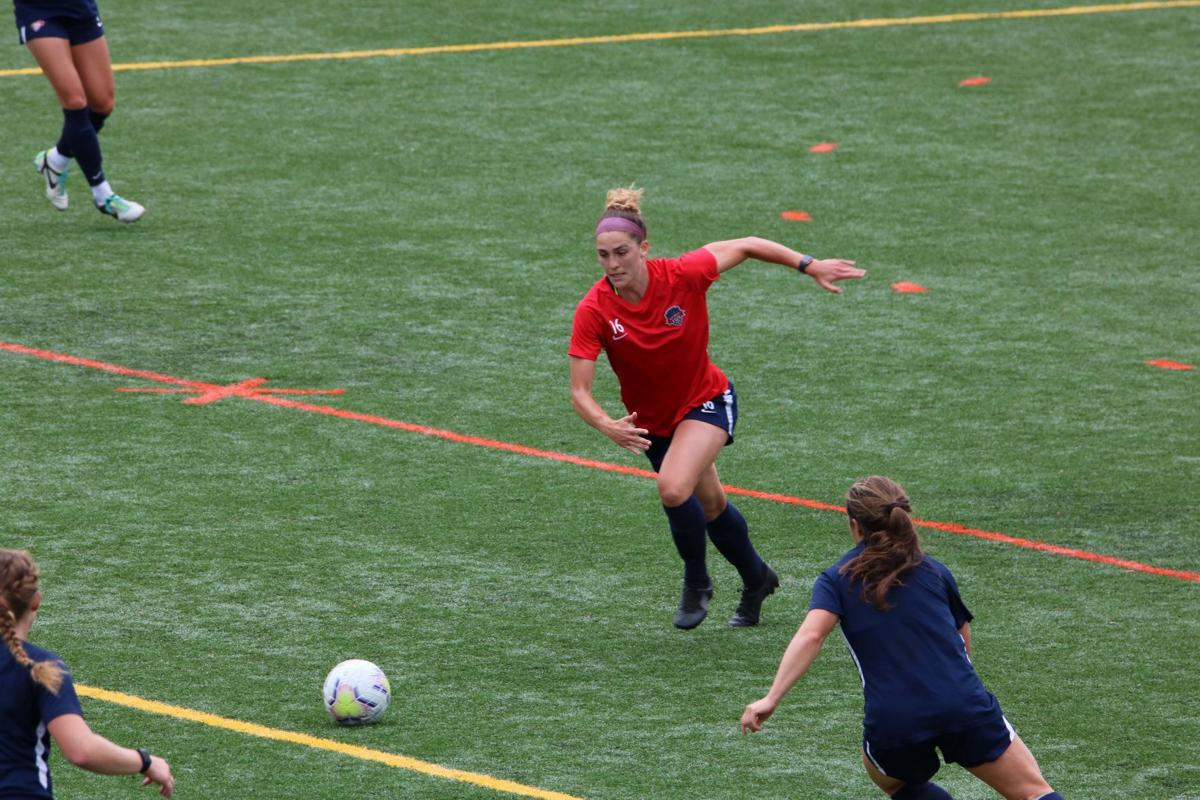 Bozeman native Averie Collins chases a loose ball in a drill during a Washington Spirit practice. 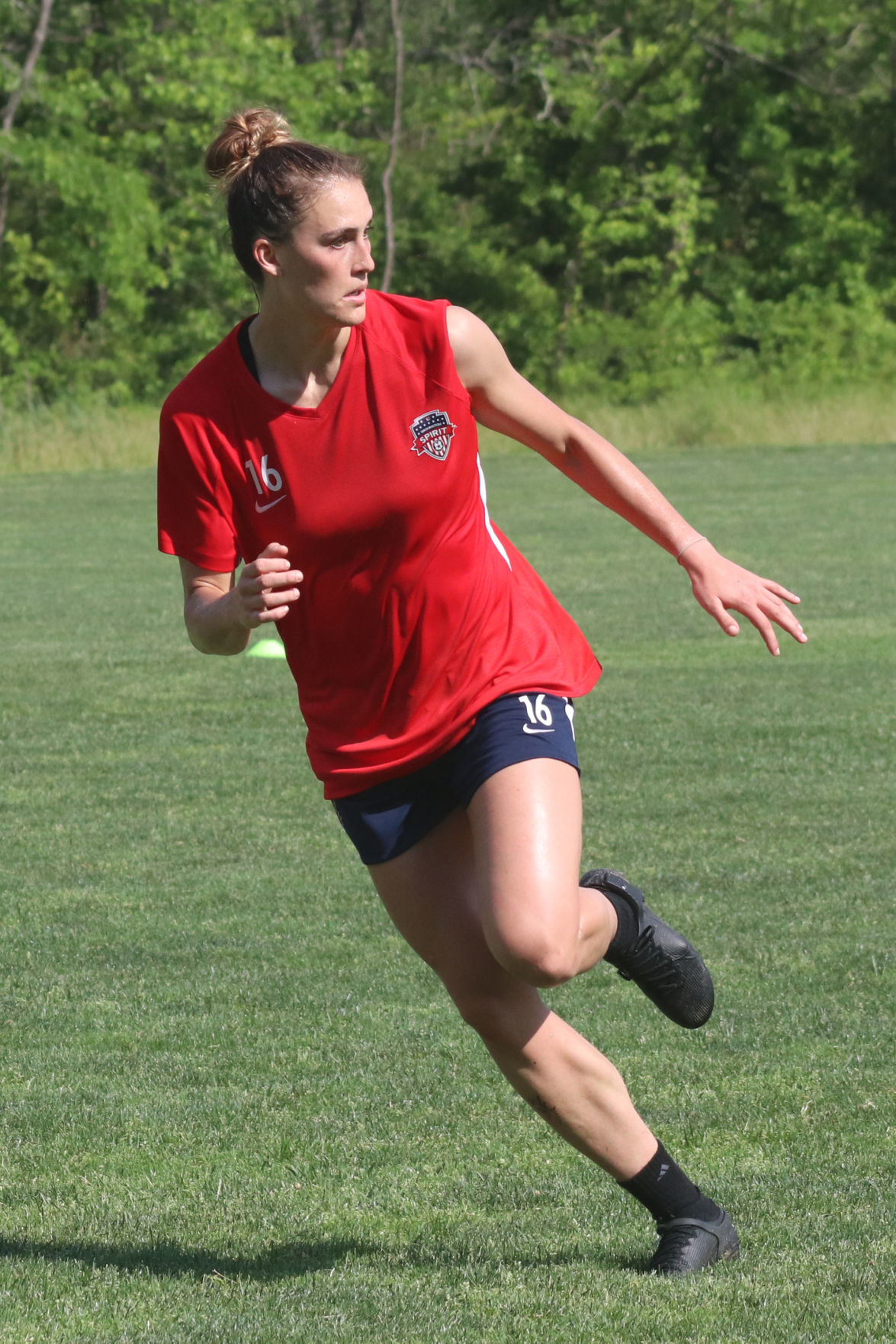 Bozeman native Averie Collins runs without the ball during a Washington Spirit practice. 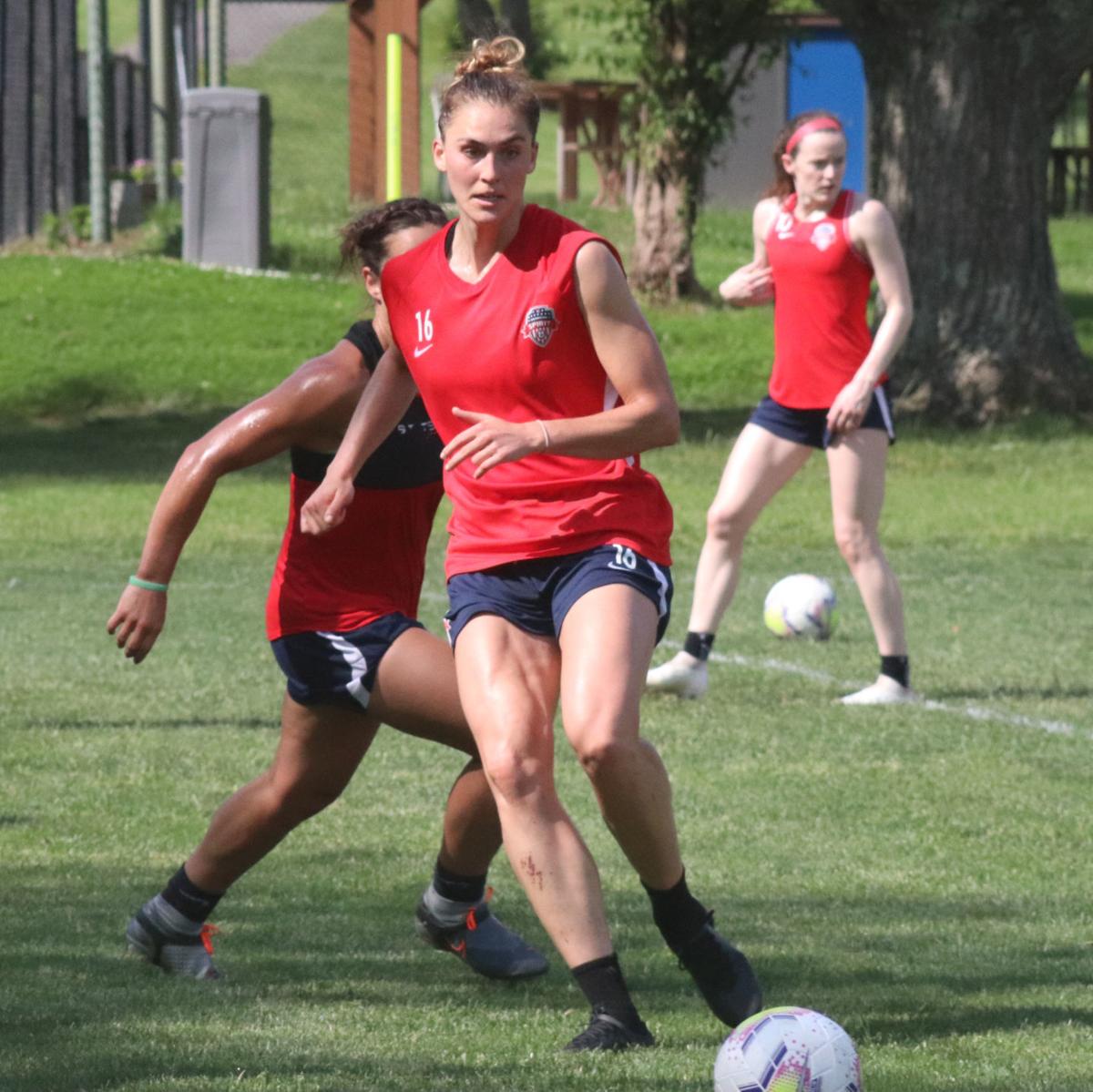 Bozeman native Averie Collins passes with a teammate during a Washington Spirit practice.

Bozeman native Averie Collins chases a loose ball in a drill during a Washington Spirit practice.

Bozeman native Averie Collins runs without the ball during a Washington Spirit practice.

Bozeman native Averie Collins passes with a teammate during a Washington Spirit practice.

Averie Collins tried not to overthink. Throughout her career, she’s found the less she thinks, the better she plays.

Washington Spirit head coach Richie Burke said before the game he already knew which three players would be his first three substitutions. The last two depended on how Saturday’s game went.

Late in the contest, Burke called Collins to enter. He told her how she only has one professional debut, so soak up the moment and give maximum effort. In the 86th minute, Collins subbed in.

“Exciting, nerve-racking, all of the above,” Collins said. “But it’s just something I’ve been working for for a really long time. It’s just a dream come true. So much hard work put behind that, and then to finally have it come to fruition, it was really cool.”

The National Women’s Soccer League kicked off its tournament-style season Saturday, and Collins made her professional debut in the Spirit’s 2-1 win against the Chicago Red Stars.

Collins graduated from Bozeman High in 2015 and from Stanford last year before playing this past season as a graduate transfer at Washington State. She was drafted 17th overall in this year’s NWSL Draft and became the first Montanan to play in the eight-year-old league.

Collins made her first professional appearance Saturday, and the Spirit will have a minimum of four more games to play in the Challenge Cup, which has replaced the regular season due to the coronavirus. The NWSL also became the first professional team sports league to return to action in the country amid the pandemic.

“I don’t want to say it’s surreal because it’s something I’ve worked for my entire life and something that I’ve always envisioned,” Collins said, “but it is like a magical moment to think about everything that my family, all the coaches, everyone in my community that’s invested in me to help me get here.”

In recent months, Collins trained in Washington D.C. with roommates and fellow rookies Ashley Sanchez and Natalie Jacobs. Due to restrictions, they could only practice together and not with any of their other teammates. So the three traveled around searching for available fields which they were eventually kicked off about “half the time,” Collins said.

Since none of the three had any professional experience and they had less oversight than in college, Collins essentially had to create her own training plan. Preparing on her own was the biggest challenge.

“We didn’t really know as far as what should we be doing fitness-wise,” Collins said. “We hadn’t had the experience to be a pro yet so trying to learn the ropes without much guidance.”

The NWSL eventually began using a phased plan which first allowed groups of six to practice, then groups of 10 plus coaches, then the full team.

Now, Collins is focused on adjusting to the increased speed of the professional level, a task she recognizes is similar for most pro rookies.

The Spirit traveled to Herriman, Utah, for the tournament, which is taking place in one location without fans. Players have been tested for COVID-19 every few days and substitutes wore face masks while on the sideline. They’re not allowed to interact with players from other teams staying in the same hotel.

Collins was initially unsure how she felt since a potential 24-game rookie season was reduced to somewhere between five and seven games. But even playing only a few games can help her improve. She grew excited just to compete.

“I think it just speaks to everybody’s resilience on this team,” Collins said, “and ability to adapt and still come prepared to win and be successful at whatever cost.”

As the first professional team sport to return in the U.S., Collins saw a chance to bring attention to both soccer and women’s sports as well as the Black Lives Matter movement, police brutality and racial injustice.

Before Saturday’s game, players wore Black Lives Matter T-shirts and armbands, kneeled during a moment of silence and most kneeled during the national anthem.

“It’s an opportunity to raise the standard, to pave the way of change that we want to see in this country,” Collins said. “Obviously a lot of people look to sports as trendsetters. This moment, being the first professional team back, we really have the power to make a powerful statement that we are with our Black teammates and our Black community and we want to fight for change with them.”

Once Saturday’s game began, Collins prepared in case she was called upon. She entered with four minutes plus stoppage time remaining.

In the 92nd minute, a pass flew her way and Collins nearly scored on a header.

“She’s such a big, physical presence,” Burke said of the 5-foot-11 Collins. “She’s such a pacey athlete, and it would have been brilliant for her to get a debut goal in that last match. But her goals will come, her time will come.”

Now that she has the first game out of the way, Collins looks forward to the rest of her career. Albeit in a smaller sample size this year, she’ll compete with and against some of the world’s best.

“There’s so much to learn,” Collins said. “Just seeing where I fit in and continuing to every day at practice, every game just working on getting better and growing to be a better pro.”