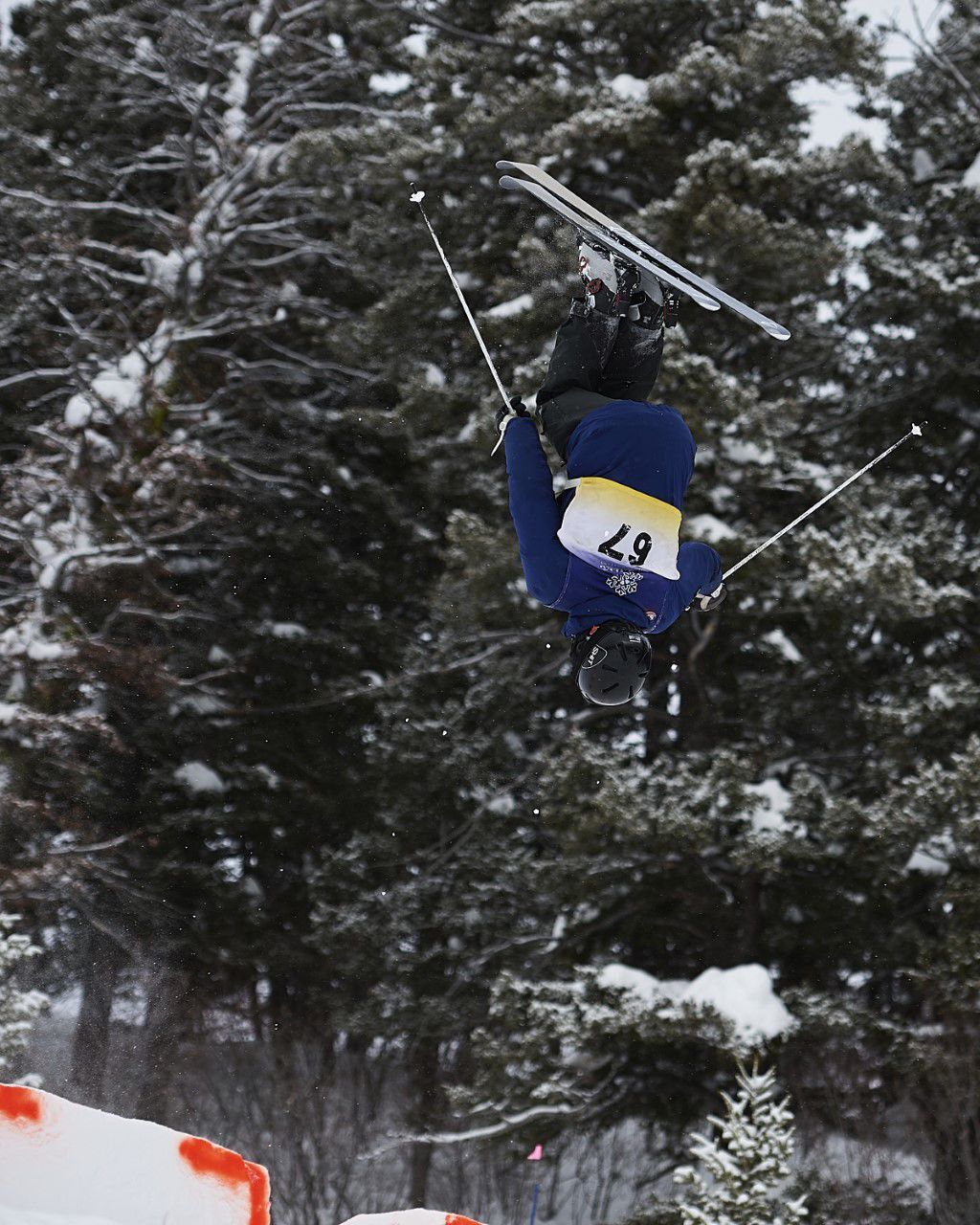 Radley Gilpin does a backflip during the moguls competition.

Radley Gilpin does a backflip during the moguls competition.

On Saturday, BSF's Makayla Papke put down a run that scored a 61.65 and won the overall female competition. Teammate Talia Gilpin finished second, with Emma Puiggari of Missoula in third. BSF's Griffin Conn was fifth. Delaney English and Meg Papke finished sixth and seventh overall, respectively, while earning first and second in their F13 age group.

For moguls, a skier's score is a combination of time, technique and the judging of two aerial jumps set in the middle of the moguls course.

In the male competition, Dane Alexander bested the field with a 77.01. Alexander hails from Bozeman and is a BSF alum who now skis for the Wasatch Freestyle Foundation in Utah. Missoula's Rex Arnot and Oliver Long took second and third. BSF's Radley Gilpin finished eighth. In the M13 age group, Oliver Lacey, Ian Tuttle and Griffin Arms took the top three spots.

High winds shut down the competition and Bridger Bowl lifts on Sunday when the skiers were scheduled to compete in another moguls event as well as dual moguls.