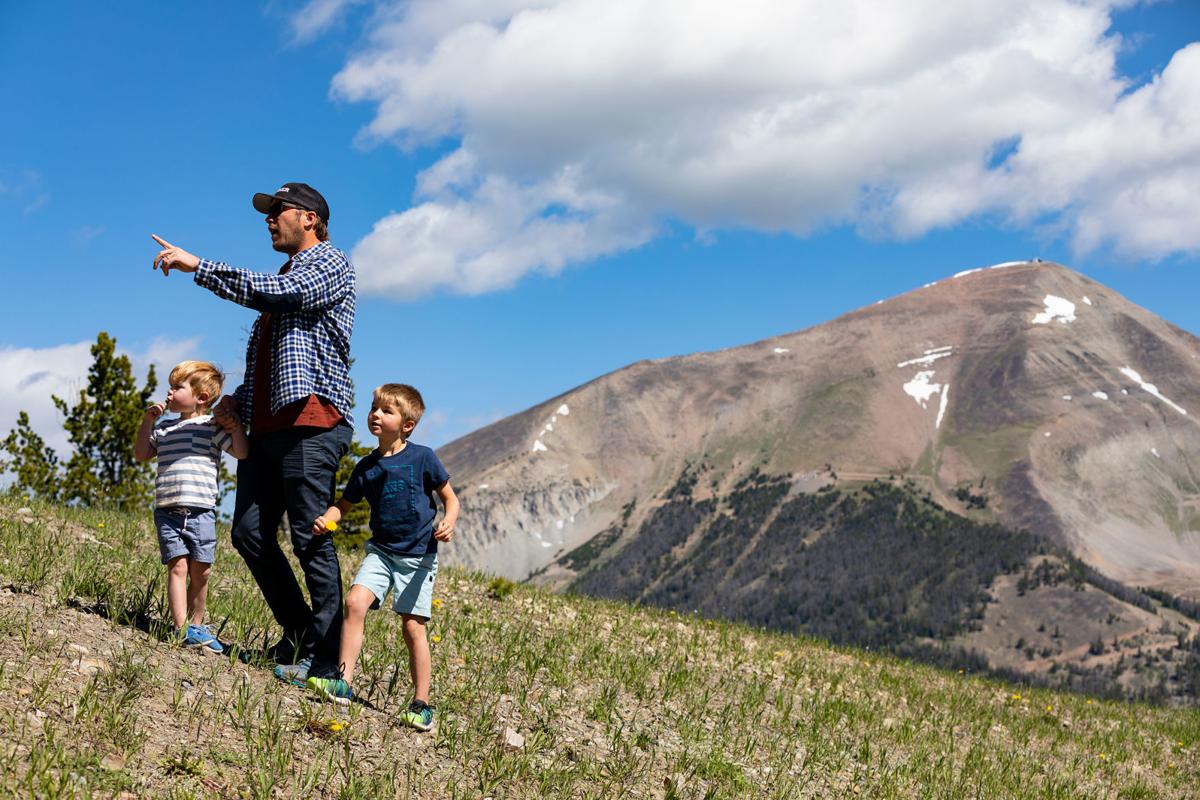 Morgan and Bode Miller moved their family to Big Sky about a year after the death of their daughter to focus on their children’s upbringing. 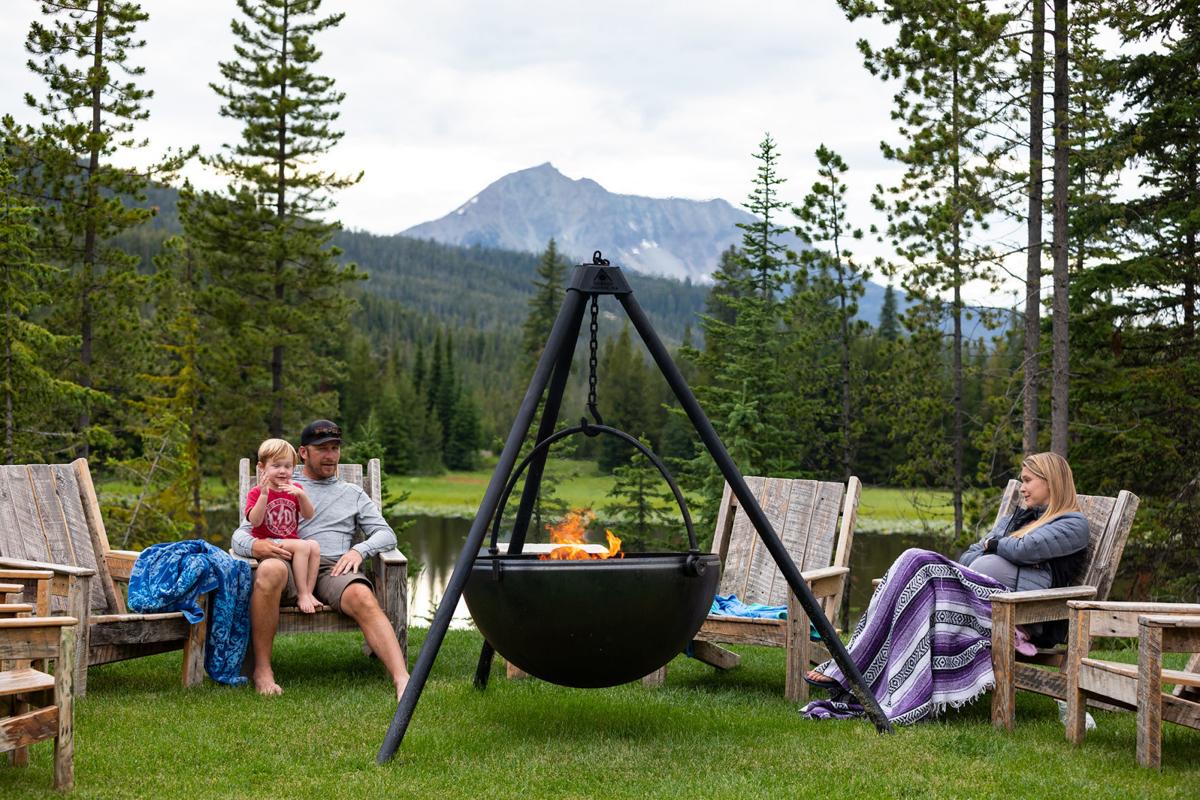 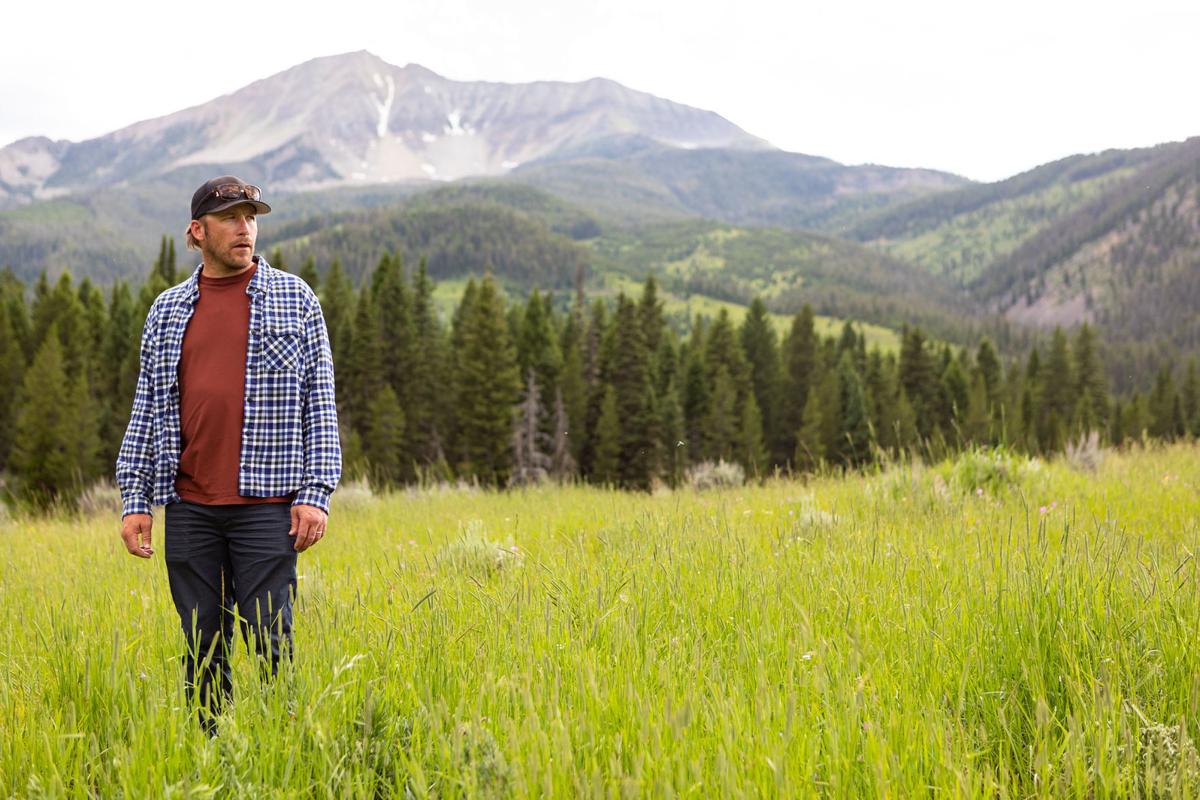 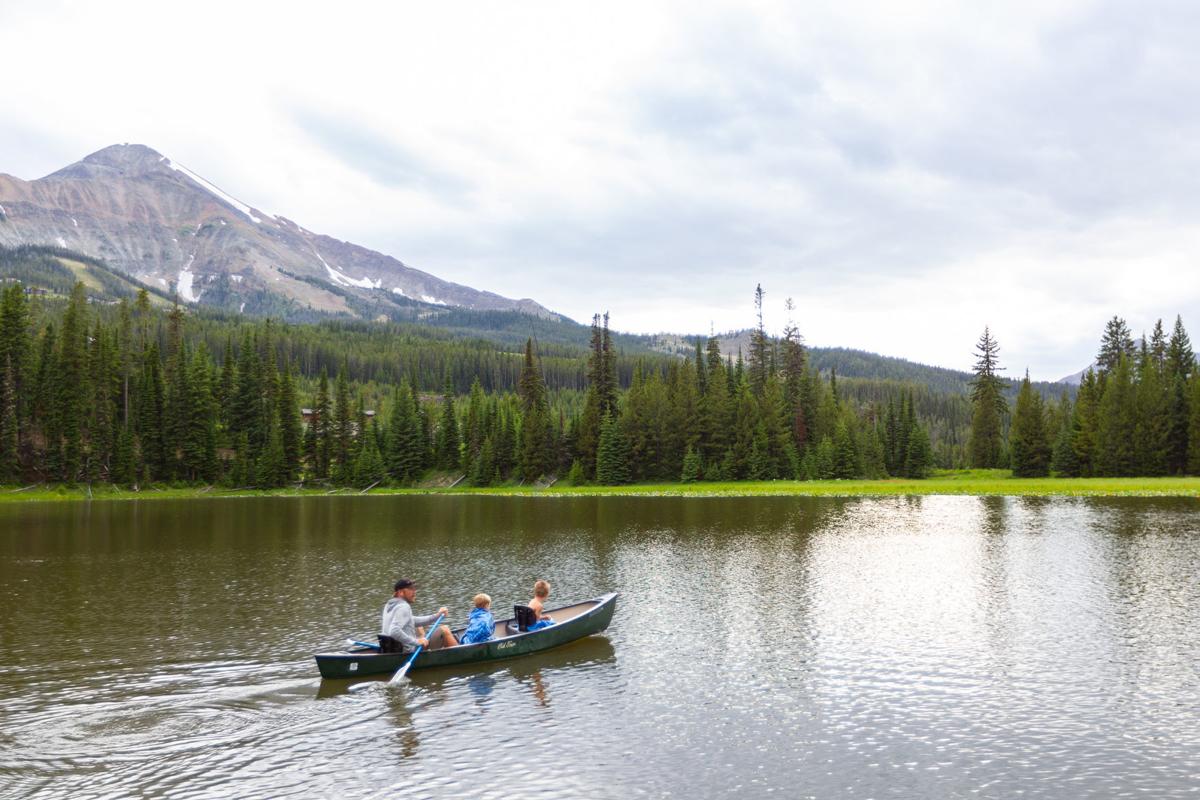 Bode Miller’s family is moving to Big Sky so his kids are raised in the midst of nature. 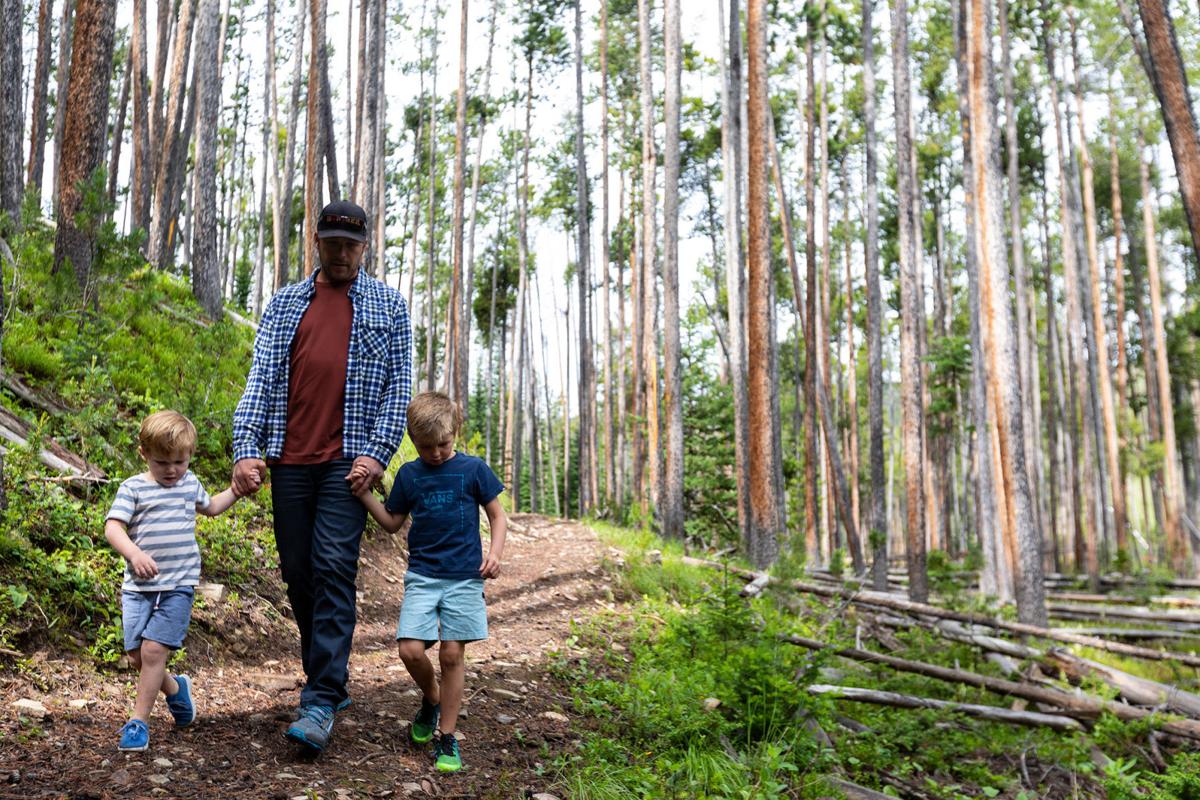 Bode Miller wants to prioritize his children as his family moves to Big Sky. 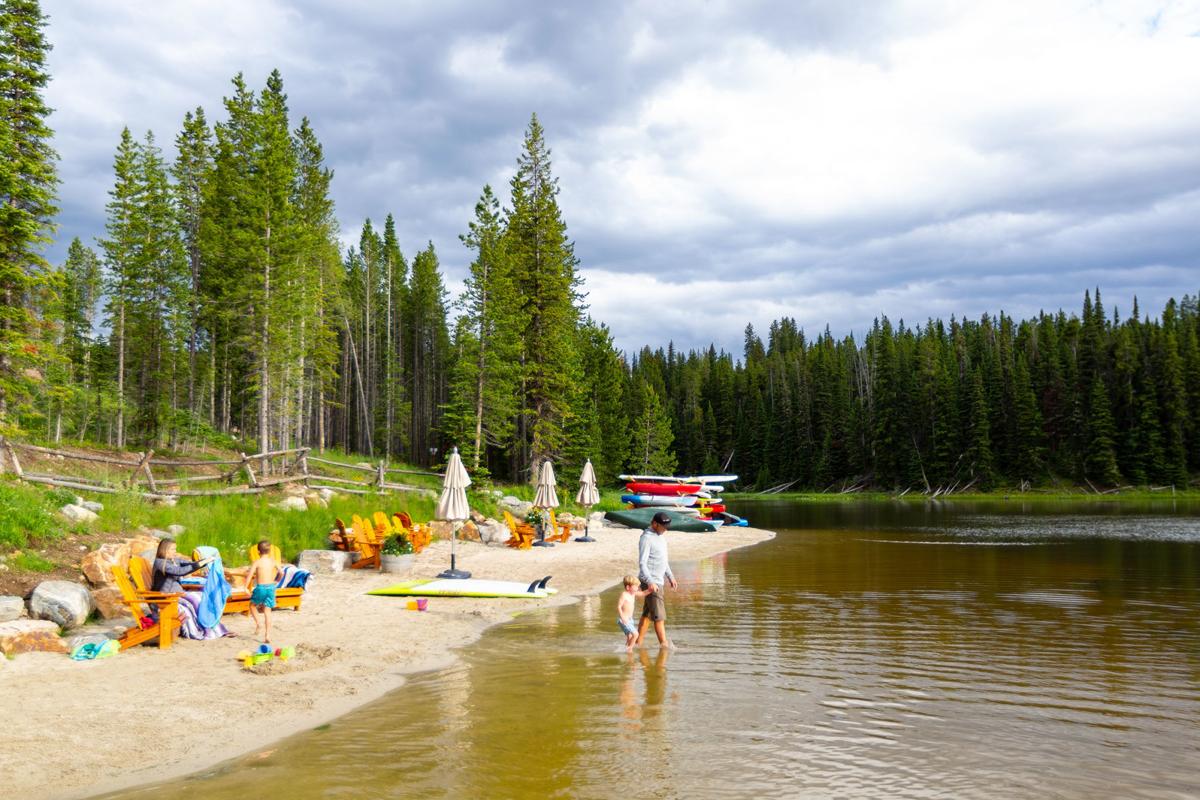 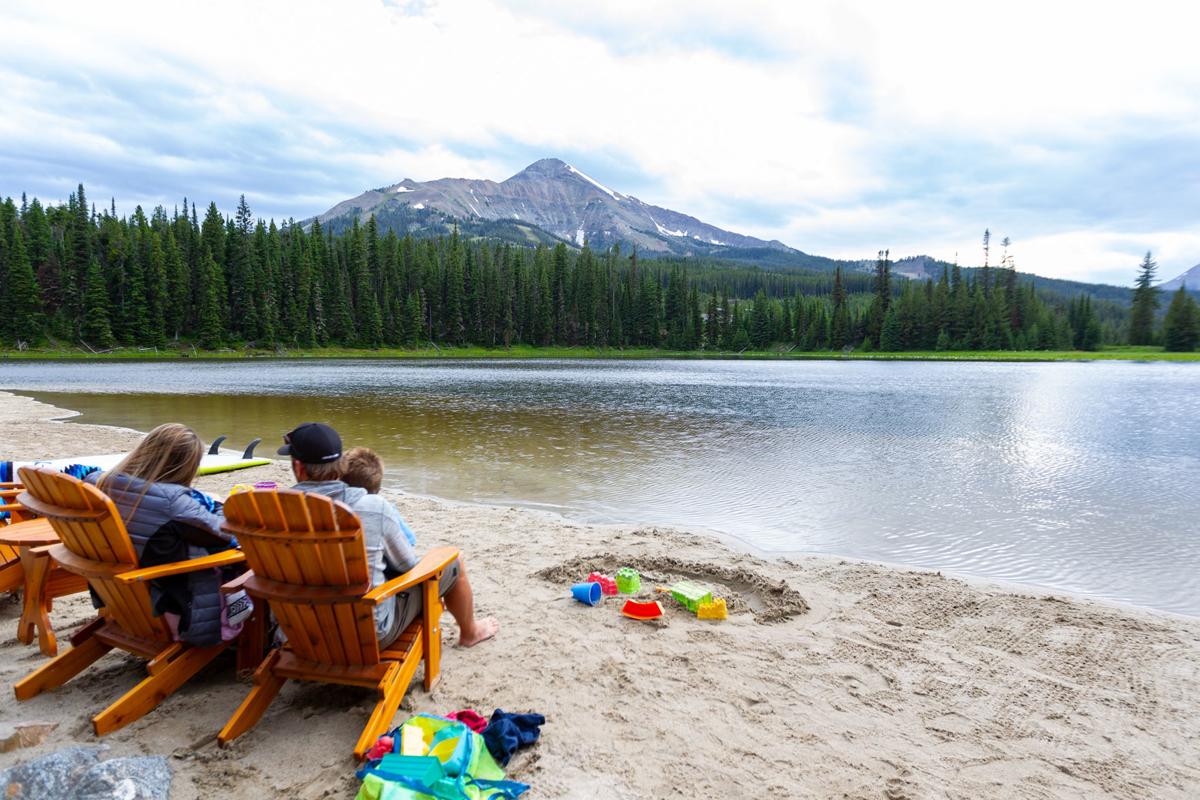 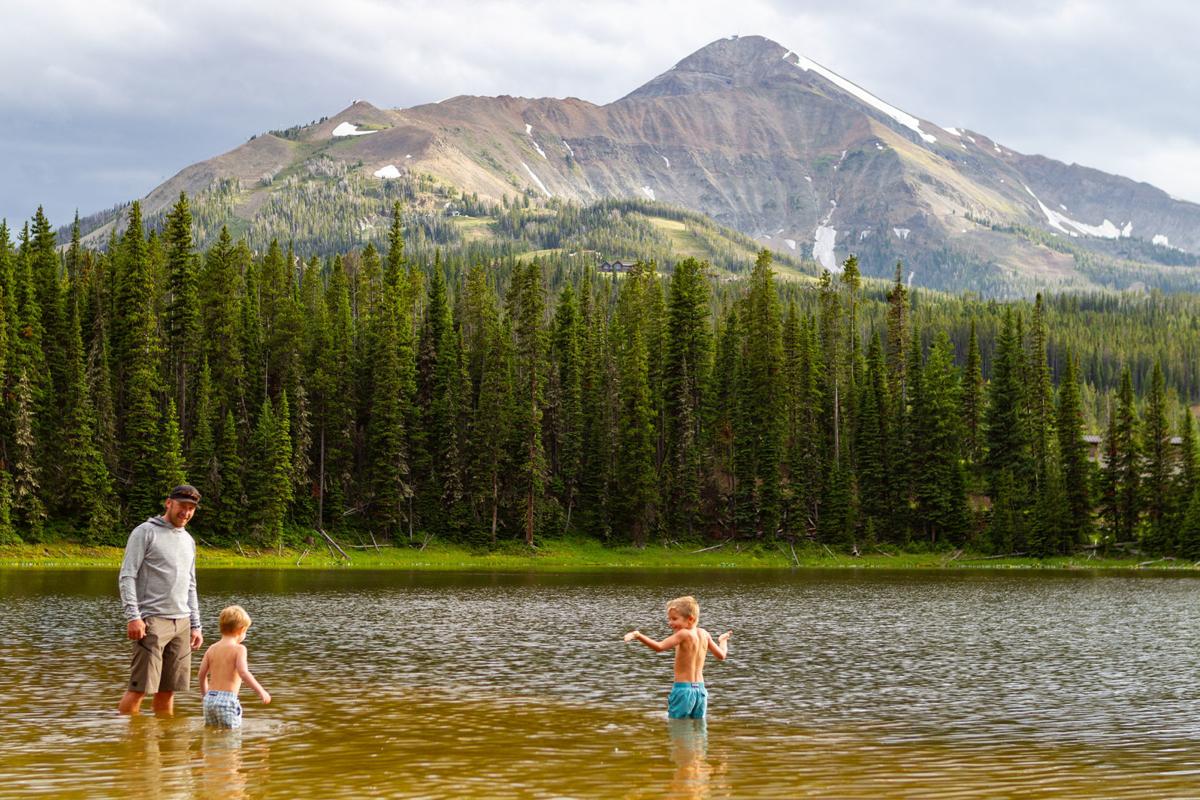 Bode Miller wants his family to be raised in a similar environment in Big Sky as he grew up in.

Morgan and Bode Miller moved their family to Big Sky about a year after the death of their daughter to focus on their children’s upbringing.

This is Bode and Morgan Miller’s new normal.

Bode, a two-time World Cup winner whose six Olympic medals are more than any other American male skier, and Morgan, a professional beach volleyball player and former Olympian herself, can never completely ease their pain. They will never start fresh.

Their daughter, Emeline, then 19 months old, drowned over a year ago. Telling the story remains difficult for her parents.

Time will not erase the horror Morgan felt as she jumped into her neighbors’ pool to save her Emmy. Nothing will remedy the hopelessness Bode felt, about 30 minutes away at his daughter’s softball game, when he received the call with the news.

They still make an Easter basket for her, still wrap Christmas presents for her, still have a room saved for her at their southern California house. Their other kids talk about their sister constantly.

The Millers still had to live a life without her and have found happiness through their children. They told the Chronicle they’re expecting identical twin boys. And the family is moving to Big Sky’s Spanish Peaks Mountain Club in an environment that frees Bode and Morgan to focus on their children more than ever before.

“It’s not something that will ever really go away,” Bode said. “It’s just kind of always there.”

Their story isn’t without happiness. Morgan laughed when asked how she and Bode met.

The pair shared an agent, and that’s one of the lone elements of the story they agree on. Morgan was playing in a tournament in Fort Lauderdale, Florida, and the agent told Bode about the event since he was nearby. Bode contacted Morgan, who said he was insistent about meeting up. She said no. He asked her to dinner, and she said no. He told her he was going to her tournament, and she said no.

“Lucky for me, it’s not up to you,” Morgan recalled Bode saying.

Within two dates, according to Morgan anyway, he told her he was going to marry her. She said he was crazy. About a month later, and about six weeks after they met, Bode bought an engagement ring in front of her. He asked how she would respond if he were to propose, and she responded “no way.”

Two months later, they were engaged. A month after that, five after they met, Morgan and Bode were married and have been for nearly seven years.

If any doubt lingered in their relationship, it disappeared when Emeline died. Bode was Morgan’s steady presence. They were a team and depended on each other like one. They withstood unspeakable pain, but they didn’t have to endure it alone.

Emeline was “absolutely fearless” in Morgan’s eyes. That was evident whenever the family spent time together in their pool. Even at her young age, Emmy wanted to swim.

The day Emmy died started off no different. Bode took their oldest daughter to a softball game, and one of the other kids wanted to visit their neighbors. Morgan, pregnant at the time, enjoyed tea while Emeline played in the neighbor’s family room and the boys played in the guest bedroom.

Emmy, the “pitbull” who could make anyone smile as her mother described her, ran back and forth in the 15 feet between that family room and guest bedroom, the way she always did.

“Then I noticed it was too quiet,” Morgan said.

That silence lasted only five minutes. She asked the boys if they had seen their sister, and then she turned around and noticed a sliver of light coming from the outside door.

She opened the door and saw her Emmy floating in the shallow end of the pool. She jumped in to save her.

“I will, oh God, forever relive that moment in my head,” Morgan said through tears.

Bode was about a half hour away when he received a “completely freaked out, panicked call.” He relied on every bit of self-control he possessed. He didn’t want to race into his car while he was hysterically distracted and endanger his other daughter’s life too. So he accepted he could do nothing. He collected himself, told his daughter and steadily made his way to the hospital.

“It was literally as bad as it can possibly get for me not being there,” Bode said, “having no control and having to listen to them freaking out and dial 911 and first responders getting there, knowing there was nothing I could do.”

Emmy lost her pulse momentarily but was quickly resuscitated. She arrived at the hospital and her condition improved. Her lungs were clear, her CT scan clear, and hope restored.

The next day, her condition plummeted and she was put on life support. Too much time passed without oxygen, causing too much damage to her brain. Morgan and Bode were asked to donate their daughter’s organs, which Morgan described as the hardest decision they ever made.

Morgan held her daughter and told her it was up to her. She had to survive until the following morning for her organs to be of use. So if she made it, they would agree to it.

Their Emmy died that night.

Her siblings and parents clung to each other in shock. Nothing seemed right. Bode waited for the doctors to admit a mistake had been made.

He didn’t understand. He’s not sure if his kids did either.

“I think the way your brain works is you’re trying to find any reprieve or solution to it. But in that case, there’s just no solution,” Bode said. “You just don’t want it to be real. … The moment it happens where she’s gone, it’s like running into a wall. You’re forced to adjust, and the reality stays exactly how you don’t want it to be.”

Everything, from eating to trying to wake up, was no longer easy or automatic. But the couple remained a team. Bode picked up Legos as a hobby with their remaining children. As he built elaborate “Star Wars” spaceships, Morgan cried in another room.

“Nothing made it better, but family and friends provided us with so much distraction and avenues to be able to express how we were feeling at that moment,” Morgan said. “And now as time has gone on, it’s gotten a little bit easier when we think about her, to remember the happy memories and reflect on everything that was wonderful about her.”

Bode and Morgan don’t see parenting so many children demanding or even hectic. But now essentially stay-at-home parents, they want to dedicate their lives to their family.

Bode and Morgan learned to lean on their kids. While they miss their sister, they’ve lived in the moment. They stub their toe and might bleed, then become psyched about something else five minutes later.

Those kids pulled their parents forward.

“They have this uncanny ability to find the beauty in the memories and reflect on everything that was wonderful and happy,” Morgan said before taking a few moments to fight off tears. “They provide such an amazing distraction from the grief and the sadness. All of it.”

Their emphasis on their children is why they moved to Montana. Morgan felt sheltered growing up in California, and the Gallatin Valley mountains reminded Bode of growing up in New Hampshire. Morgan joked they couldn’t settle on either coast and had to find a place in the middle of the country.

She hopes her children learn to explore, gaining independence and self-confidence. Instead of spending time together around something like an iPad or even Disneyland, they’ll make new memories whitewater rafting or fly fishing.

“I would’ve loved to have grown up there as a little kid,” Bode said. “The house we got is fantastic. Ski in and ski out. Got a lot of space, beautiful views, a yard. You’re on nature, so kids can just go outside and go rip around. And I think it checked all the boxes for us.”

Bode’s younger sister attended Montana State, so his first time in the area was about 20 years ago. He had visited Yellowstone Club several times for events, and after they move he will work with and represent Spanish Peaks Mountain Club, Moonlight Basin and Lone Mountain Land Company. River fishing and golfing the mountains, Bode said, simply feel different here.

Bode, naturally, prefers the cold weather. He considers himself “very, very done” with competitive skiing, but he’s not completely done with the sport and loves the diversity in the skiing in the area so he can bring his kids.

He also embraces the community of a smaller town, an atmosphere he believes his children will thrive in.

The Millers may have bought a house in Montana anyway. But when Emmy died, Bode and Morgan re-examined their priorities. When their kids want to jump on the trampoline, even after an exhausting day, they see it a chance to spend quality time with them and take advantage.

Their kids deserve their time.

“You have to keep going,” Bode said. “It’s a horrible, horrible situation, but we’re still trying to make the best out of it.”

Morgan doesn’t see this move as an escape. Her loss can’t be fixed, she said, only carried.

With twins expected to arrive by early November, Morgan and Bode understand the demand of their lives. They wake up, and instantly toys come out. They begin making food, changing diapers, playing games, teaching their youngest to walk and talk.

But those demands force them to move forward. Morgan can now walk into Emmy’s room and not cry. They love spending time with family during Christmas, but the sadness of Emmy’s absence isn’t masked.

While they hold their kids, Bode and Morgan wish Emmy was right there with them.

The birth of their twins will be joyful. But family moments will always be bittersweet without Emmy. This is just their new normal.