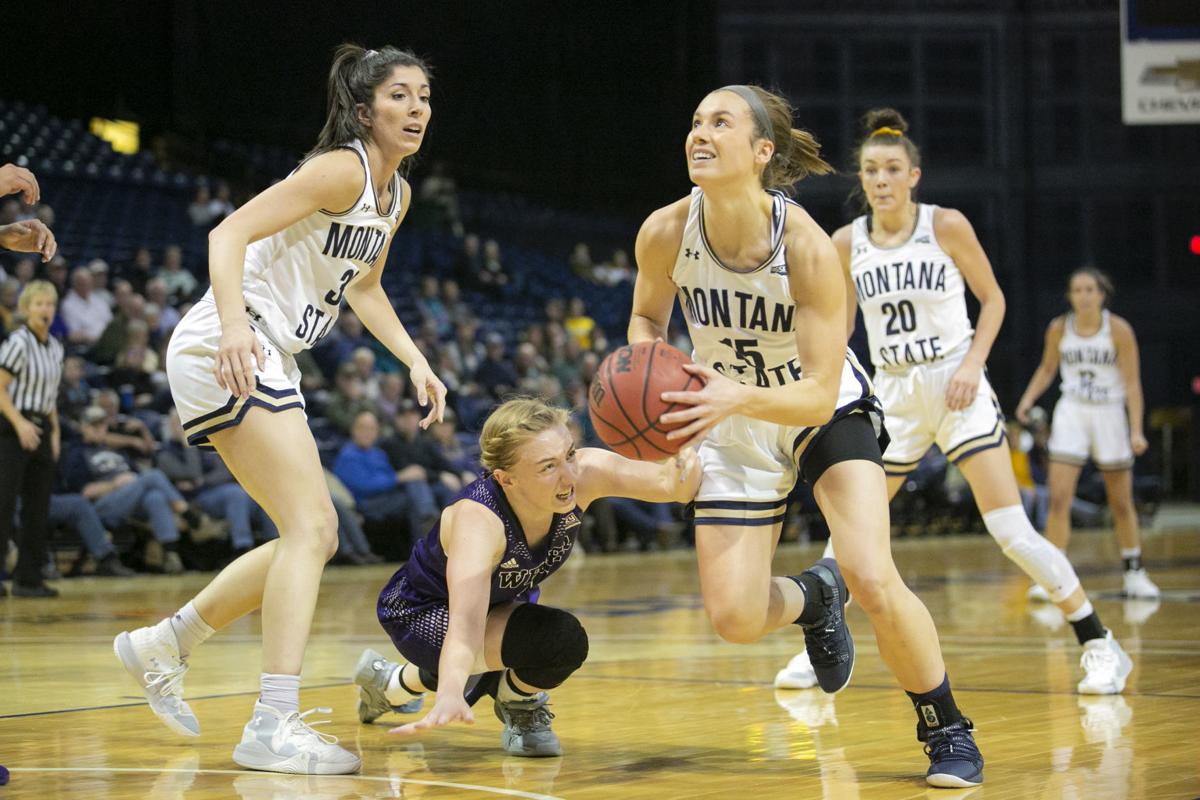 Montana State senior Martha Kuderer goes for a layup after rebounding the ball during a game against Weber State on Jan. 23 at Worthington Arena. 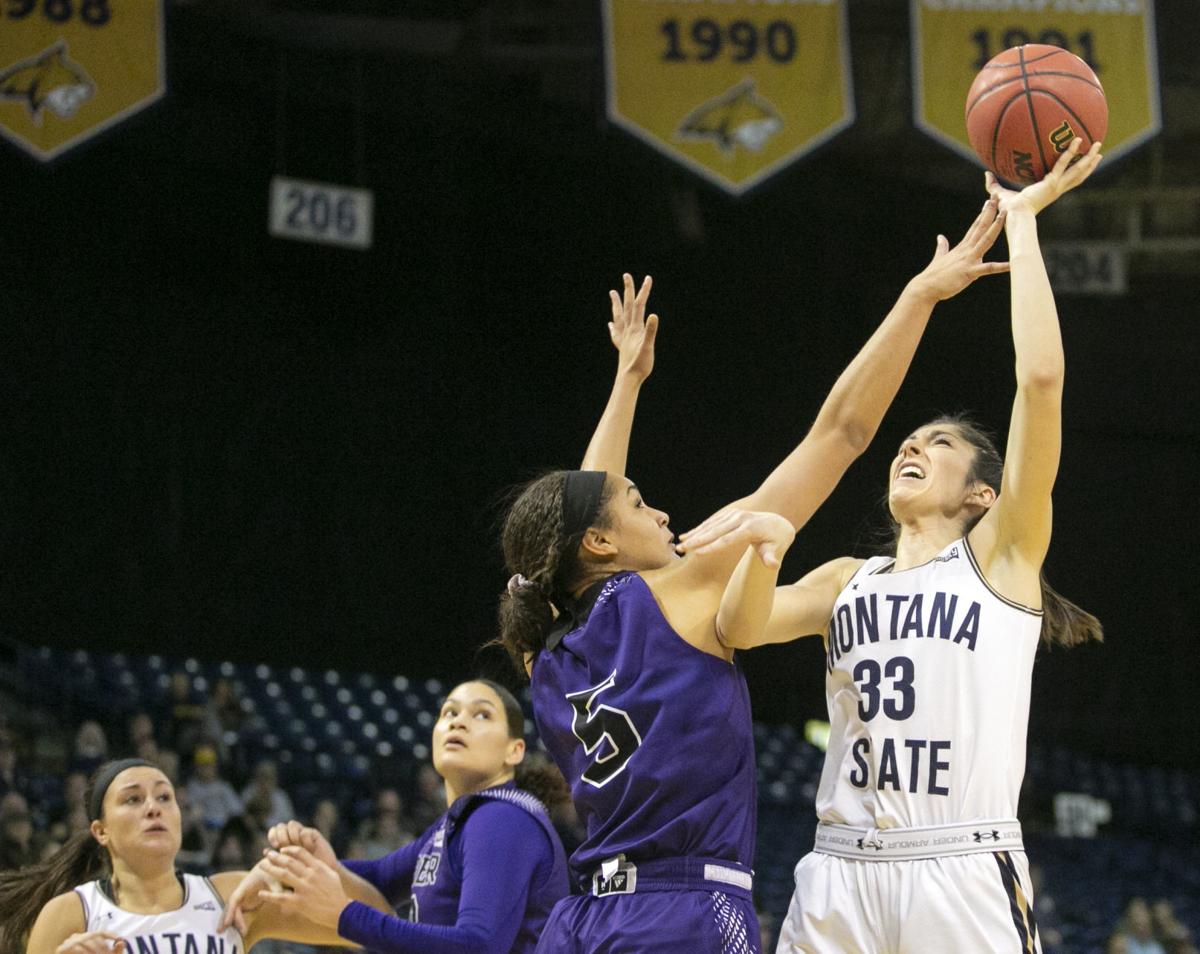 Montana State was in command early on Thursday night and used an extraordinarily balanced effort to further its control of the Big Sky.

Six Bobcats scored in double digits on their way to a 74-55 conference win at Idaho State on Thursday. The Bobcats (16-6, 12-1 Big Sky) have won their last eight games.

“In the game of basketball, you can’t take everything away. So you’ve got to make a choice of what that’s going to be,” MSU head coach Tricia Binford said. “Once we got the ball moving, we found some perimeter shots.”

Binford has often boasted of her team’s balance. Only once has a Bobcat scored more than 20 points in non-overtime games this season. However, five averaged eight points or more going into Thursday, none more than Freije at 13 per game.

Because of that, the Bobcats were second in the Big Sky with 72.9 points per game and third with a 42.2 average field-goal percentage.

“When you move the ball well, that can happen,” Binford said. “We just tried to keep the tempo going.”

As soon as the Bengals figured out how to stop one of the Bobcats, another took over. Kuderer began the game attack-minded and scored six of her eight first-half points on a 10-0 run that gave the Bobcats command. White totaled eight points in that frame as well.

Freije found open looks on midrange jumpers and contributed five points in the second. Smith chipped in six points during a 16-4 streak that ended in that quarter.

The Bobcats led 38-23 at halftime, which was ISU’s (12-11, 8-6) largest halftime deficit of the season. They only made it worse for the Bengals when they scored 11 unanswered late in the third. Coming off the bench, Braxton scored six and Martell added five in that stretch.

The Bengals guarded MSU’s posts well in their last matchup, Binford said, so she made sure the Bobcats’ forwards and centers moved more often and were shot ready. ISU’s interior focus opened up shots from the perimeter, and once the Bengals adjusted to that, MSU’s posts had more chances to score.

The Bobcats made 47% of their shots, going 26 of 55 from the floor. They converted on 80% of their free throws and were also 6 for 16 from 3-point range, which has been an issue at times this season for MSU.

The Bobcats outrebounded the home team 41-27, and even that was well-rounded. Seven MSU players tallied at least four rebounds while White, Kuderer, Martell and Braxton led the way with six apiece. The Bobcats scored 15 second-chance points and 28 in the paint.

“The place we had to separate ourselves was rebounding,” Binford said. “That’s where we needed to get extra possessions.”

Callie Bourne led the Bengals with 17 points. But it wasn’t enough to take down the Bobcats by herself. Binford was most proud of her team’s defense as ISU made 37% of its shots and 25% of its 3-pointers.

Usually Binford talks about what her team needs to improve on, even after wins. Right now, she’s content with how her team is playing as long as it continues.

“When we stay attack-minded as a group,” Binford said, “great things can happen.”