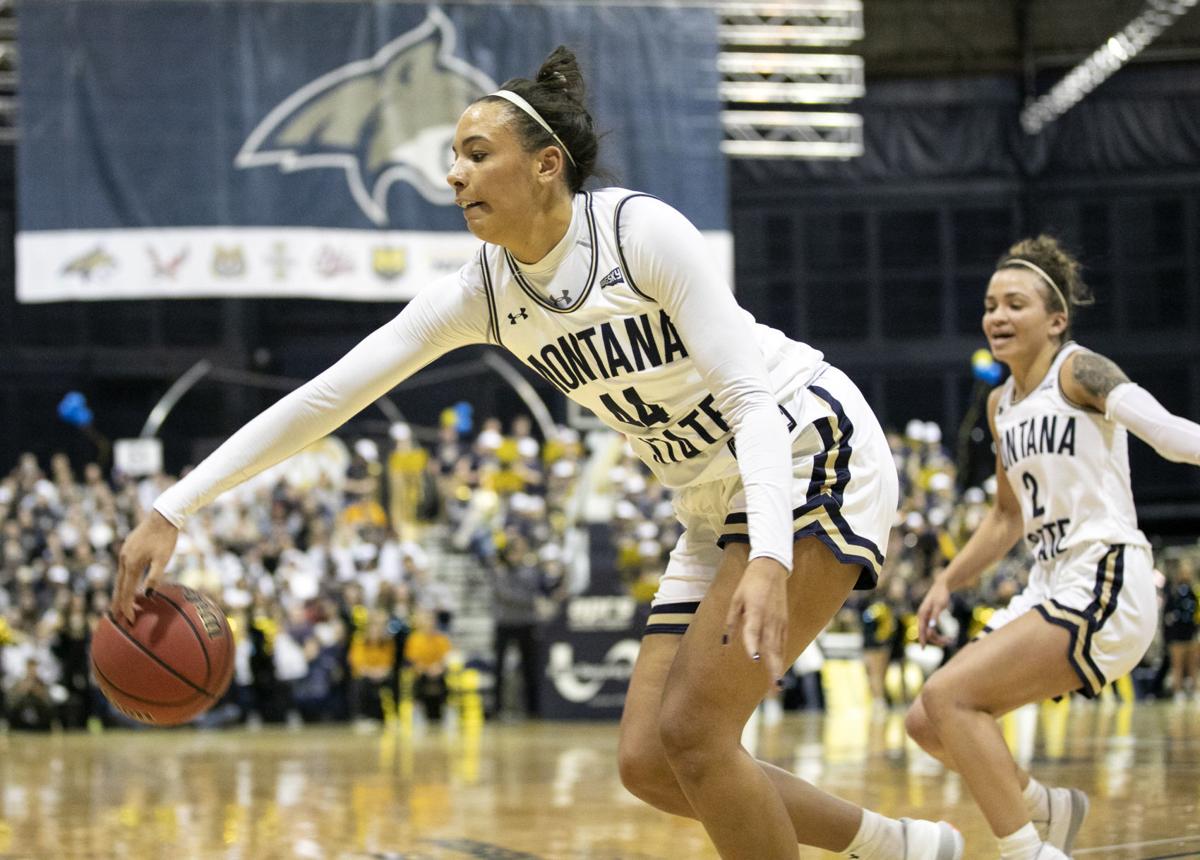 Montana State's Blaire Braxton saves a ball from going out of bounds against Montana on Feb. 22 at Worthington Arena. 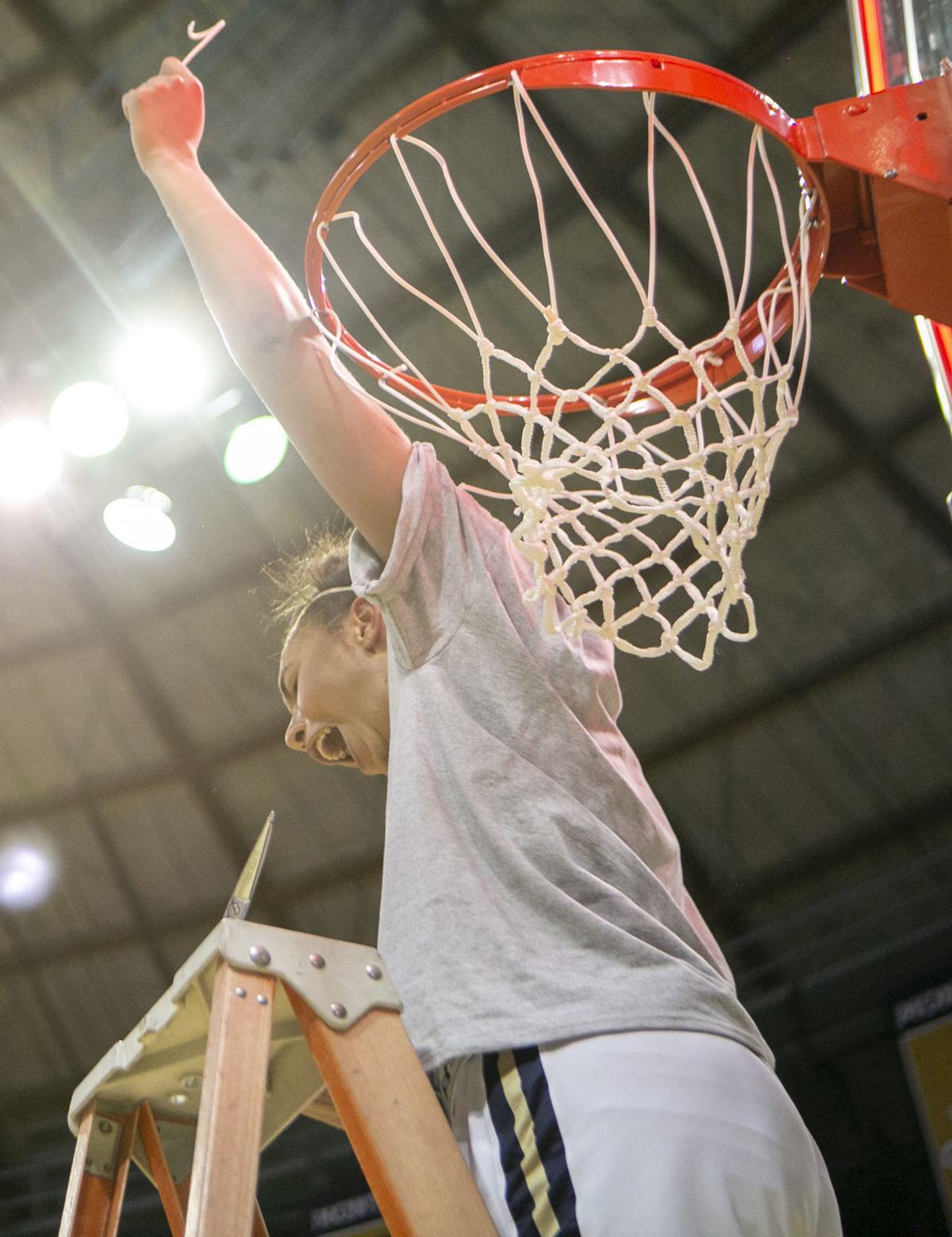 Blaire Braxton celebrates after cutting off a piece of net after Montana State defeated Montana on Feb. 22 at Worthington Arena.

Montana State's Blaire Braxton hits a shot in the paint against Montana on Feb. 22 at Worthington Arena.

Montana State's Blaire Braxton saves a ball from going out of bounds against Montana on Feb. 22 at Worthington Arena.

Blaire Braxton celebrates after cutting off a piece of net after Montana State defeated Montana on Feb. 22 at Worthington Arena.

Montana State's Blaire Braxton hits a shot in the paint against Montana on Feb. 22 at Worthington Arena.

Blaire Braxton isn’t sure what her teammates, now her players, should call her.

They used to simply use her first name. But now the former Montana State forward will have to become used to “Coach.”

MSU announced Thursday that Braxton was hired as an assistant coach for the Bobcats.

This follows the departure of former assistants Julian Assibey, who took a job at Florida, and Kati Mobley, who will be teaching and coaching at Bozeman High, earlier this month. Braxton will begin her duties on Aug. 1.

“It sounds pretty unreal honestly. I’m still trying to grasp it,” Braxton said. “I didn’t want to get too excited until it was all finalized. Now it feels so real. It’s crazy.”

Braxton was regarded as a leader throughout her career at MSU. She played in a school-record 125 games, including 56 as a starter. With Madeline Smith and Oliana Squires, the trio became MSU’s all-time winningest class with 82 victories.

Braxton finished her career fourth all-time in blocks and tenth in rebounding at MSU. Smith and Braxton became the top rebounding duo in program history as the tandem combined for 1,362 boards.

“Anyone that has watched Blaire play knows what she means to this program,” Bobcats head coach Tricia Binford said in a press release. “She was a great communicator, relentless defender, and an amazing teammate. Blaire was the first to dive on the floor and the first to promote the program. We look forward to her continuing her Bobcat legacy as part of the coaching staff.”

Braxton averaged 5.1 points and 5.6 rebounds per game in her four-year career. In her final two seasons, she made 56.1% of her shots.

Braxton was instrumental in MSU’s two victories at this season’s Big Sky tournament, averaging 10 points and five rebounds while shooting 75% from the floor as the Bobcats defeated Northern Colorado and Northern Arizona.

A two-time all-Big Sky academic selection, Braxton played a major role in guiding the Bobcats to a 25-6 overall record and a record-setting 19-1 mark in conference play this winter. Braxton bookended her career with a pair of league titles, helping the Bobcats to the 2017 Big Sky crown and MSU’s first NCAA Tournament appearance in 24 years as a freshman.

When Binford recruited Braxton, she took note of her hustle and ability to connect with players. Those values, Braxton hopes, will translate to coaching.

“Blaire has lived the experience as a Bobcat, grown in our community, and knows how to win,” Binford said. “She can sell our program as well as anyone having played on two Big Sky championship teams.

“Blaire put her heart and soul into her teammates and has been an inspirational leader throughout her career. Blaire stole the hearts of our community, and there is no doubt she will steal the hearts of future Bobcats and be a tremendous example and mentor to our current team.”

Braxton had discussed with Binford her desire to coach after she was done playing. The two talked about possible opportunities as Braxton began to consider her future career.

Mobley’s vacated position seemed like just the right spot. Mobley, an MSU Hall of Famer, developed post players. With her exit, Braxton felt she was ready to take on that role.

Braxton will also deal with academics, coordinating official and unofficial recruiting visits and arranging for recruits to visit campus. She is confident her familiarity with the program will be a strength.

“I thought this was the best fit for me,” Braxton said. “This is the best-case scenario times 10 for me. I’m thrilled.”

Braxton learned from Binford how to build bonds with everyone involved with the team. She hopes that helps her acclimate to her new role with her former teammates.

When Braxton’s hire was announced to the team, they talked about her desire to carry herself in a professional manner and that the players should respect her in turn.

Thursday afternoon, Binford was already reviewing with Braxton her responsibilities and what the head coach expects from her new assistant.

“Sky’s the limit,” Braxton said. “I think the culture that has been built even before I got to campus, it’s a winning culture. And that’s not something that’s going to change.”