Montana State’s Tori Martell fights for the ball against Northern Colorado on Thursday at Worthington Arena. 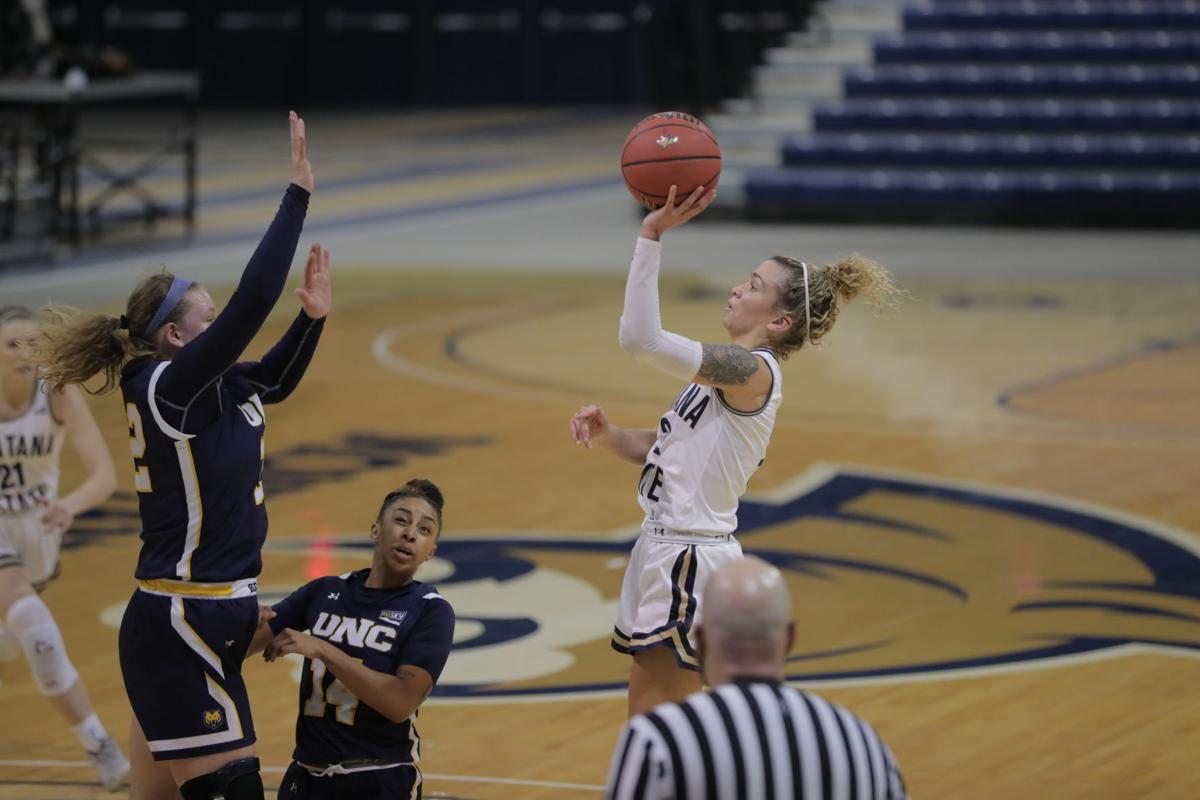 Montana State's Darian White goes up for a shot against Northern Colorado on Thursday at Worthington Arena. 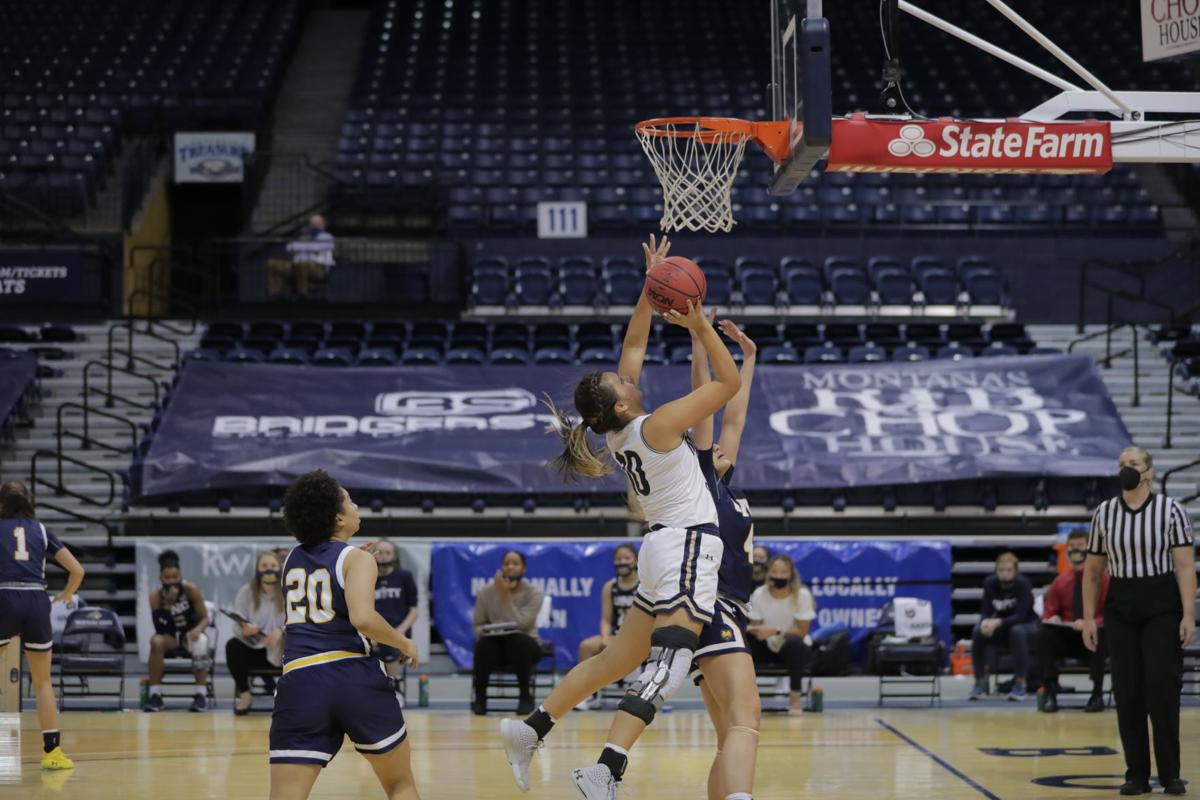 Montana State's Kola Bad Bear goes up for a shot against Northern Colorado on Thursday at Worthington Arena. 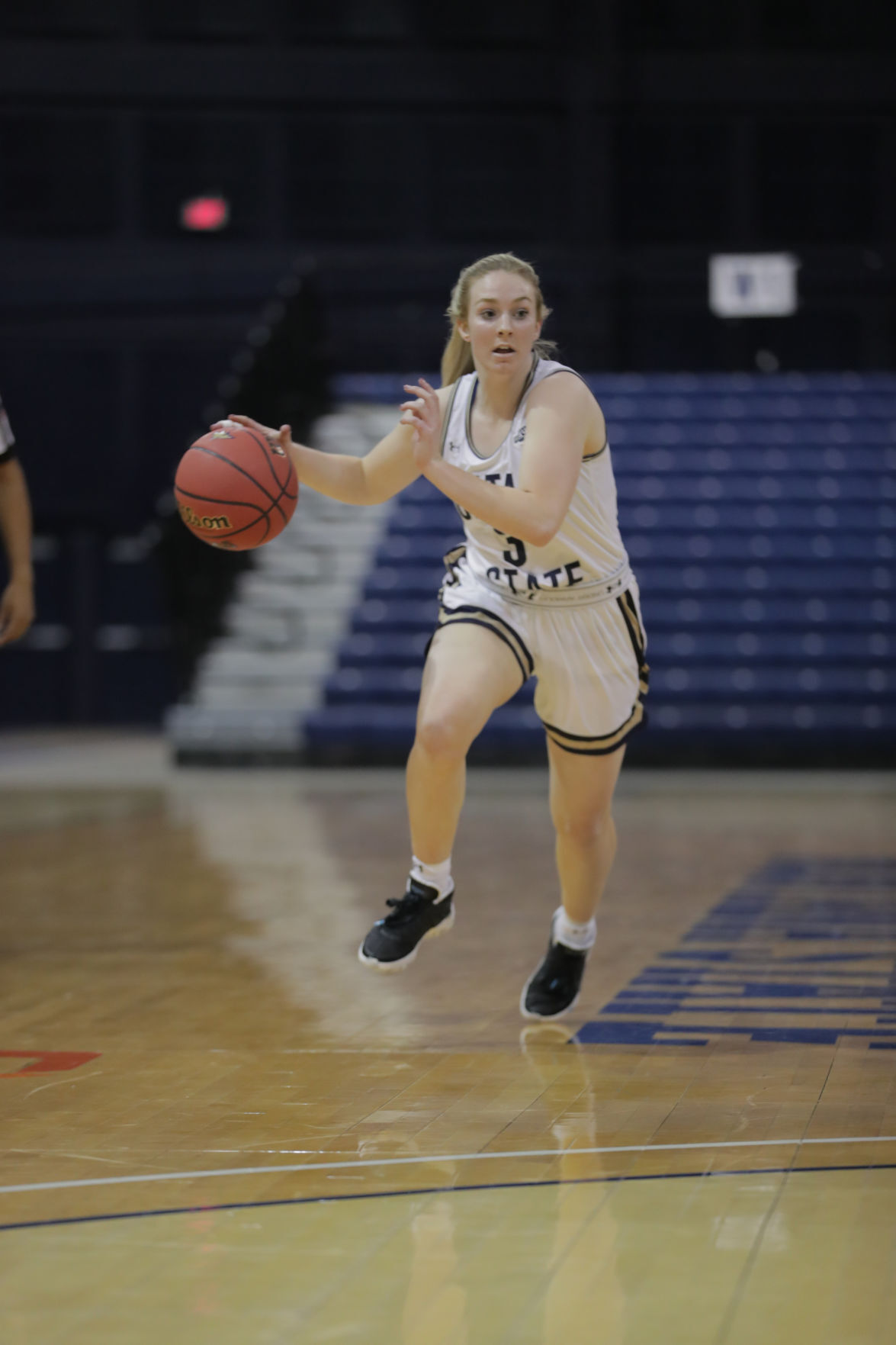 Montana State’s Tori Martell fights for the ball against Northern Colorado on Thursday at Worthington Arena.

Montana State's Darian White goes up for a shot against Northern Colorado on Thursday at Worthington Arena.

Montana State's Kola Bad Bear goes up for a shot against Northern Colorado on Thursday at Worthington Arena.

Alisha Davis had a wide open shot at the rim. She methodically went up for a layup, hoping to lift Northern Colorado toward the lead.

But Montana State’s Kola Bad Bear sprinted down the lane, jumped and swatted the shot away. The Bobcats didn’t score on the following possession, which was representative of the entire contest. For whatever offensive struggles the Bobcats had early on, their defense made up for it.

While the Bobcats were out of rhythm for most of Thursday’s game, their Big Sky opener, their stout defense and scrappy rebounding ultimately led to victory. MSU held on to a 54-46 win over UNC at Worthington Arena.

MSU was originally going to start Big Sky play last week at Southern Utah. Those two games were canceled, however, when SUU women’s basketball activities were paused due to multiple COVID-19 cases among those closely tied to the program. MSU has had four games canceled this season.

“It is great to be in the (Big Sky) standings,” Bobcats head coach Tricia Binford said. “It’s been a challenge for everybody. We’re so happy to be able to get on the court and compete today.”

After the Bobcats (4-3, 1-0 Big Sky) lost by double digits to South Dakota State at home, they were dissatisfied with their defensive output. They don’t want that to be a weakness. They want that to be a strength.

The Bobcats, one of the youngest teams in the country, are still trying to develop their identity. Binford wants them to be balanced and efficient on offense.

But when asked about what they wanted their team to be known for, sophomore Darian White and freshman Leia Beattie said they want to be respected for their physical style of defense.

They want that to be their foundation. Then, the Bobcats hope, their offense will thrive.

White noticed a few days ago during practice that “something just clicked” on defense. She pointed out the Bobcats rotated well and put pressure on UNC.

“We took a big step today. I can’t even tell you how excited and proud I am,” White said. “It was so exciting to see our chemistry come together. Obviously defense is going to win us championships. Building off of that, I’m excited to see what we can do.”

The Bobcats showcased that defensive emphasis on Thursday from the beginning. They often cut off passing lanes and contested shots, ensuring the Bears didn’t feel too relaxed whenever they had the ball. They were 8 of 25 from the field in the first half and ended 16 of 56 (29%) for the game.

After MSU’s nonconference schedule, Binford wanted her team to emphasize post defense and communication. The Bears scored 24 points in the paint, but Binford was happy with MSU’s defense near the hoop. She called Davis, a 6-foot-2 forward, a “superstar” but she was held to just 10 points.

“This is the first game where we could show what great results you can have when you’re honed into (defense),” Binford said. “I thought really the team has bought into the game plan. It was a great step for us today.”

Bad Bear said MSU’s communication still wasn’t quite up to the team’s standard. However, she thought the Bobcats played well collectively on defense, making sure they were in the right positions rather than just focusing on the specific player they were guarding.

“I thought it took a lot of effort and for us to work as a team,” Bad Bear said. “In practice, our defense has been better. And I think we really stepped it up tonight.”

Those offensive problems remained even after any halftime adjustments. But MSU’s defense was just as difficult to score on, which allowed the home team to build a nine-point advantage with eight minutes remaining. Even when the Bears slashed that lead to four with 24 seconds to go, the Bobcats stayed in control.

Binford stressed with her players the importance of rebounding during the last week. She pointed out, during the Bobcats’ first five games, they only led their opponent in rebounds once. Against UNC, the Bobcats finished with a 44-36 rebounding advantage.

White finished with 16 points while Bad Bear had nine.

“For the most part,” Binford said, “those were steps in the right direction for us today.”

The Bobcats host the Bears again at noon Saturday. Bad Bear enjoys having another opportunity to play the same opponent. She said the Bobcats can learn from Thursday and play even better on Saturday.

“Tonight may have not been our night,” Bad Bear said, “but we have another chance on Saturday to prove ourselves.”