Montana State's Kola Bad Bear attempts to drive to the hoop against Idaho State on Jan. 25 at Worthington Arena. 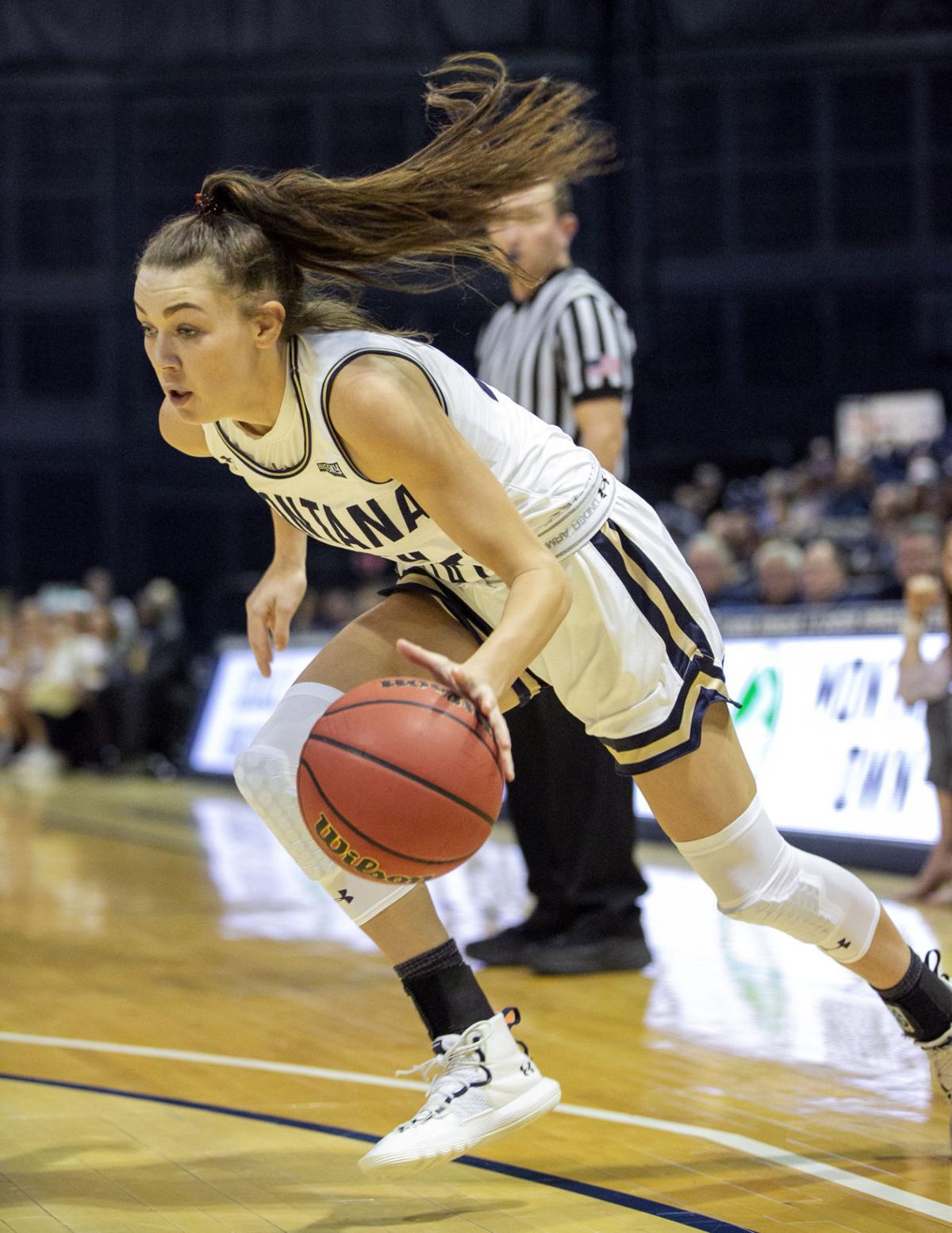 Montana State's Madison Jackson drives down the baseline against Northern Colorado on Jan. 2 at Worthington Arena.

Montana State's Kola Bad Bear attempts to drive to the hoop against Idaho State on Jan. 25 at Worthington Arena.

Montana State's Madison Jackson drives down the baseline against Northern Colorado on Jan. 2 at Worthington Arena.

She doesn’t like to overthink hypothetical scenarios, but Tricia Binford has had to come up with plans for seemingly anything this season.

The Montana State 16h-year head coach already has a formatted plan in the event she can’t be on the sideline during games if she’s quarantined due to the coronavirus. She’s doled out responsibilities among her coaching staff so each one of her assistants know what they’re in charge of. She also has a plan in case any of them have to stay at home, too.

Binford also realized that, if one of her players tests positive with COVID-19, her team will “most likely” have to postpone or cancel games.

And through all of this, Binford is trying to ensure her players are ready for their first game since March when their Big Sky tournament championship appearance was taken away due to the coronavirus pandemic.

Already, the Bobcats’ season has been altered. Their home opener against South Dakota School of Mines on Nov. 25 was canceled, leaving them to search for another opponent on that date. Their next game is at home against North Dakota on Dec. 6. The MSU men will open the season at UNLV on Nov. 25.

“It’s for sure been really challenging. In some ways, you almost feel like a first-year coach because it’s very different,” Binford said. “It’s being able to adapt on a consistent basis.”

After years of coaching, Binford created a standard for how practices and offseason training should go. But COVID-19 derailed those expectations in the past few months.

Sometimes, the Bobcats have had to practice with all freshmen. Sometimes, they can’t practice at all. They usually invite other students to help with their scout team, but MSU decided to not do that this year.

Trying to create a progression leading up to the season, Binford added, is tricky. She admitted she’s occasionally made mistakes along the way during these unique times, but she’s trying to learn from them.

“It’s been a little bit of a rollercoaster, but the kids have been extremely resilient,” Binford said. “With a very young team, we need a lot of repetition to build that chemistry. It’s just going to take us longer, and I think we’ve got to have the ability to accept the things we can control and the things we can’t control. The one thing I think our team has done really well is that, when we get to go, we crush that day. And so I’m extremely proud of the way these kids practice and compete on a regular basis.”

Binford is also in a year with two new assistants and no director of operations due to a hiring freeze. She gave her staff credit for shouldering more tasks than usual in order to keep the Bobcats ready to play.

For instance, Binford pointed to MSU’s trainer, who has to handle more work as a result of extensive health protocols. Binford also credited MSU’s strength and conditioning coach, who has had to adjust and create workout schedules players could follow even if they’re isolated at home.

Binford said new assistant Geoff Golden has done well trying to develop MSU’s young team. But he’s been one of several people in the program who have had to quarantine, so he was temporarily absent.

That’s why, Binford added, hiring former MSU player Blaire Braxton as another coach was important. Braxton is already familiar with the program and can take on additional duties seamlessly.

“In many ways, she’s actually got a jumpstart just because she knows our drills, knows our system,” Binford said. “She’s lived it, and she can execute it. So in many ways, Blaire has made a major jump and has been fantastic.”

Binford said MSU’s most substantial obstacle may be its youth. After winning the regular season Big Sky title last year, the Bobcats have seven freshmen on this season’s team and just one senior. That lone senior, last season’s Big Sky reserve of the year Tori Martell, has also been missing practice time due to education obligations as she pursues a degree in nursing.

The Bobcats lost Big Sky MVP Fallyn Freije and MSU’s winningest class of seniors to graduation. Skye Lindsay, who sat out last year due to NCAA rules after transferring from Pepperdine, recognized the impactful players the Bobcats will now have to replace.

Lindsay also feels the Bobcats added a “tremendous” amount of talent. The redshirt sophomore is happy with her team’s effort through the offseason.

“Even though we’re young, I think we’re eager and ready to go,” Lindsay said. “The upperclassmen we do have, we’re ready to step into those leadership roles. We’re just working on communication, getting after it and doing the best we can to come together.”