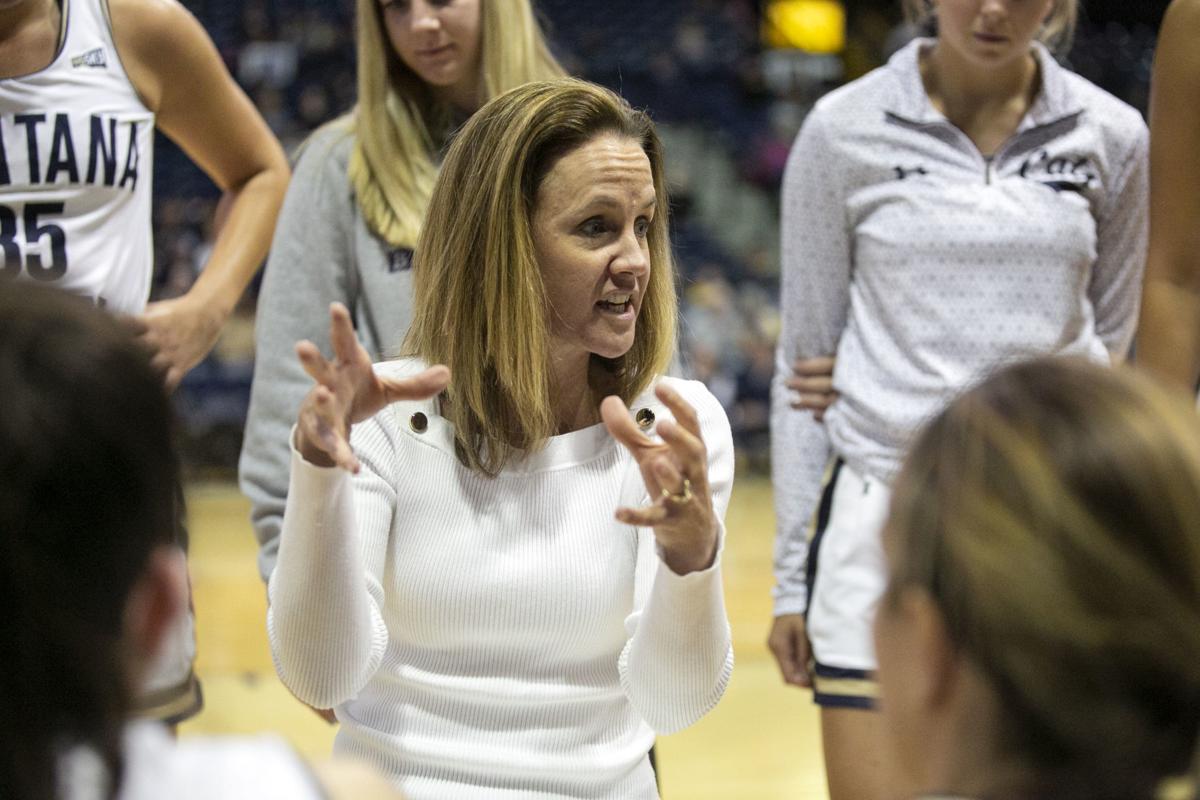 Montana State head coach Tricia Binford talks to her team during a game against Southern Utah on Jan. 4 at Worthington Arena. 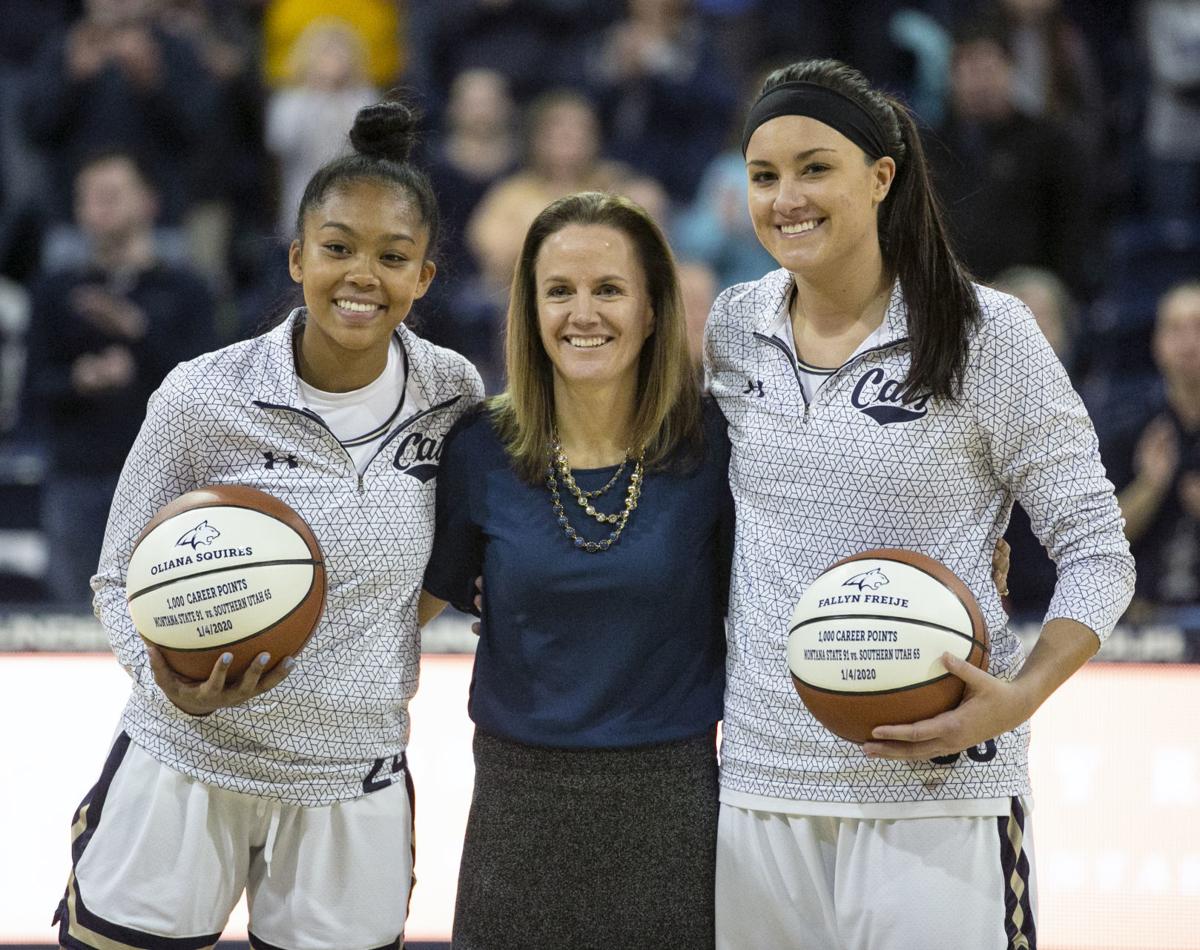 MSU’s Oliana Squires and Fallyn Freije take a photo with head coach Tricia Binford to celebrate each reaching 1,000 career points prior to a game against Idaho on Jan. 9 at Worthington Arena.

The Bobcats have not had a losing season since 2007-08. They’re averaging 19.5 wins in the last four years, including back-to-back 20-win campaigns in 2015-16 and 2016-17. The 2016 Bobcats reached the WNIT where they faced Utah, while the 2017 team won the Big Sky tournament for the first time since 1993 and played in the first round of the NCAA Tournament at Washington. Both squads won regular season Big Sky titles.

In Binford’s 15th season as head coach, the Bobcats are 9-6 and sit atop the Big Sky standings with a 5-1 record. MSU was the preseason favorite to win the league in both the coaches and media polls.

“My family and I are so blessed and thankful to be part of such a special place as Montana State University, Bozeman and the state of Montana,” Binford said in a program news release. “The support of the community, the inspirational leadership of President (Waded) Cruzado and the energetic and enthusiastic guidance of Leon Costello is second to none. I’m overwhelmed by the support shown to our program and the investment in our student-athletes.

“I also get to work alongside the very best staff on a daily basis,” Binford added. “They challenge me to be better. And, finally, to all the players that I’ve been privileged to coach, you truly inspire me every day with your work ethic and commitment to the program. We still have a lot to accomplish and I am as motivated today as the first day I took the job.”

The contract is similar to the contract of Montana State’s men’s basketball head coach Danny Sprinkle, who was hired in April and is in his first season as a head coach at the Division I level. Sprinkle is making $164,000. Sprinkle receives a $2,500 bonus each semester the men’s basketball team earns a GPA of 2.80 or higher. Sprinkle earns a $10,000 if the Bobcats reach the NCAA Tournament while Binford is set to earn $5,000 if her team makes the NCAA Tournament.

Binford is the all-time winningest women’s basketball coach in Montana State history with 237 victories. She is currently the second longest tenured head coach in the 11-member Big Sky Conference where she has registered 143 wins. Only Eastern Washington’s Wendy Schuller, currently in her 19th season, has been in the league longer.