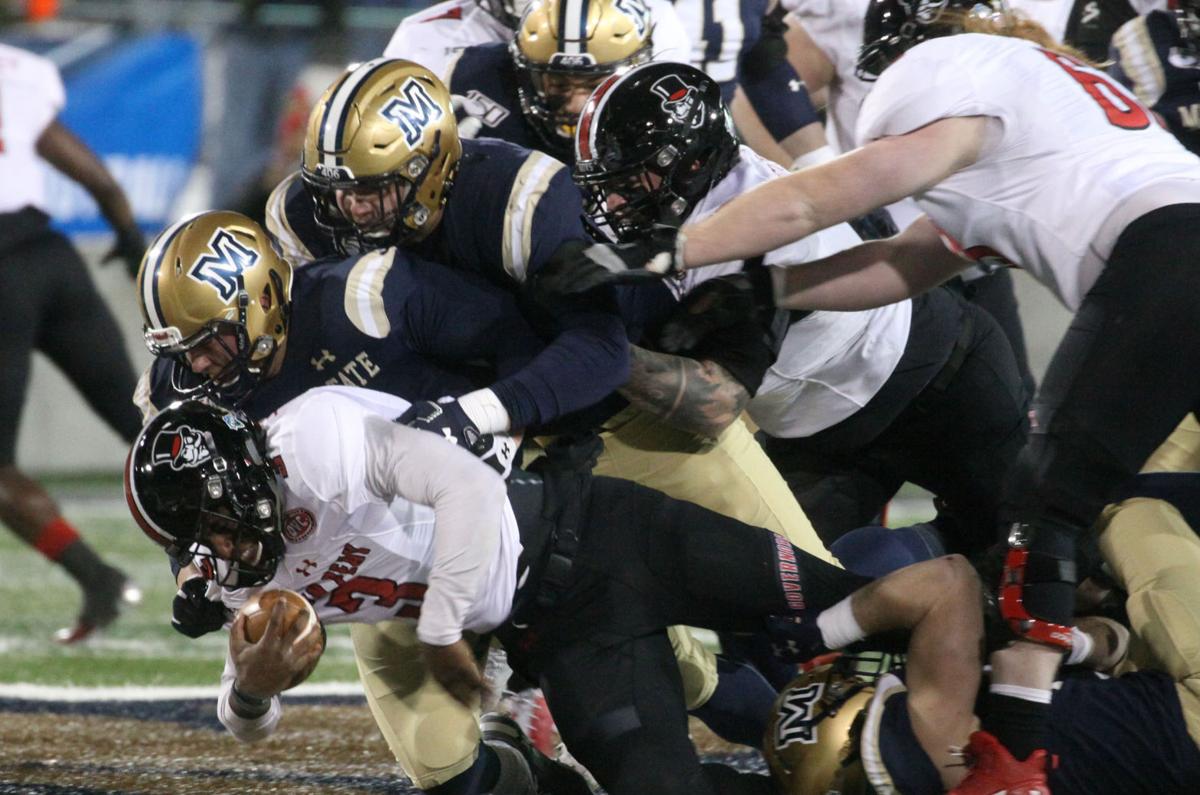 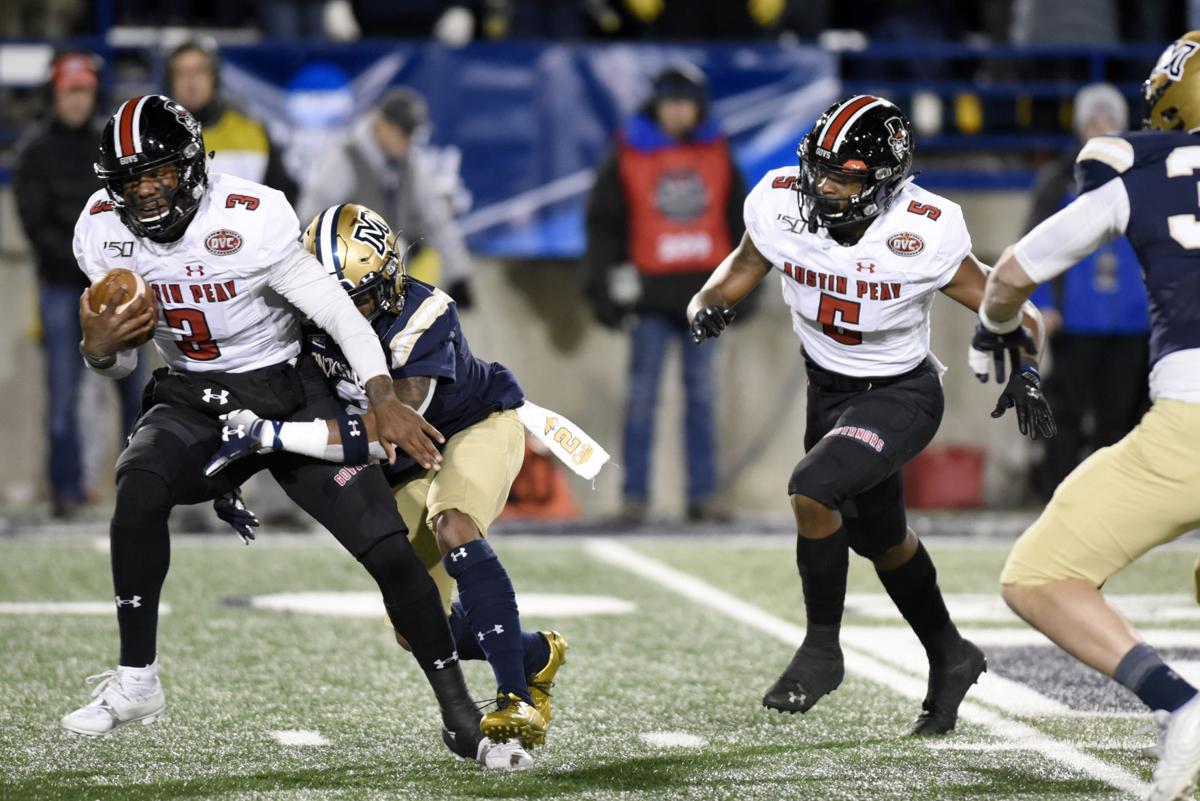 Montana State coaches have questioned what moving fall sports to the spring would mean for scholarships and eligibility.

Some answers were provided Friday. MSU must now decide how to proceed.

The NCAA announced Division I will work toward hosting “scaled back” fall championships, including the FCS playoffs, in the spring. Also, fall sport athletes were given an additional year of eligibility through a blanket waiver.

Schools cannot cancel or reduce scholarships if an athlete opts out due to coronavirus concerns. The financial aid for the athletes who use the extra year of eligibility will not count against team limits in 2021-22.

“There’s obviously going to be back-end problems,” Bobcats head coach Jeff Choate said earlier this month regarding eligibility, “and that’s going to take some time to weed that out.”

The Division I Board of Directors prohibited schools from requiring athletes to waive legal rights regarding COVID-19. Athletes who do not enroll full time this fall will also have flexibility in the progress-toward-degree requirements that must be met for eligibility in the future.

Schools must also review current insurance converge for athletes, inform athletes about the possible risks they will face in their sport and make sure other mandates are met.

The NCAA’s allowance of an extra year of eligibility for fall sport athletes gives them more flexibility. Concerns had begun to arise that many would try to redshirt this spring if they could and resume competition a year from now. For example, Choate had said MSU standout running back Isaiah Ifanse would redshirt.

However, providing more scholarships may cause issues for MSU.

According to U.S. Department of Education analysis, MSU brought in $8.7 million for football among its total $22.7 million in revenue for athletics in 2018-19. The university already has lost money from the canceled spring season and winter championships, and its football game at Utah that included a $675,000 payout this season was canceled.

“It is a continuous analysis of our budget,” MSU athletic director Leon Costello said. “... We haven’t canceled the football season. We all know football plays a huge role in our annual operating budget. We have an opportunity hopefully to play this spring and maximize some revenues there. But it’s going to be a continual evaluation of where we are.”

Costello has stressed he wants to provide support for athletes as close to the norm as possible. However, the athletic department will still be on the hook for costs like room and board, tuition and other fees.

“Those (costs) aren’t going away,” Costello said. “… Our ultimate goal is to get (athletes) to graduation throughout their career, but it’s also our obligation to develop them and have them play a sport they love. And we’re still doing that. We’re still in the business of doing that, and we need the resources in order to support that.”

MSU has already had to deal with similar circumstances, but likely only on a smaller scale. When the NCAA allowed spring sport athletes another year of eligibility, Costello said MSU wasn’t hit that hard financially. In April, he said approximately 11 seniors of a possible 17 would come back. He said his department would accommodate them with “little to no impact” on the overall budget.

However, Bobcat football could have about 44 seniors next season with a considerably large junior class. Volleyball and cross-country athletes would also be added.

“We have a pretty good precedent from how the spring was handled this year. And I think there will be a lot of the same principles adapted and adopted for this fall,” Costello said. “… I think each institution is going to have to make those decisions based on how they can fit with the parameters they have in place and how they can afford to do some of those things. I feel really good about how we handled the spring and being able to accommodate all the student-athletes that wanted to come back and play. My hope is we’ll be able to do the same thing with the fall.”

As for postseasons in the spring, which the NCAA would only allow if they can happen safely while following federal, state and local health guidelines, final decisions on bracket sizes and composition had not yet been made. Officials are still working on potential models.

The NCAA also emphasized its desire to preserve opportunities for winter and spring sports, which both had their postseasons nixed because of the pandemic last school year. This could especially affect MSU’s cross-country program, which sees many athletes run during the indoor and outdoor track and field seasons.

The Big Sky has yet to release a conference season slate for any fall sports in the spring. Big Sky commissioner Tom Wistrcill said earlier this month that an eight-game football season would be released once the FCS playoffs schedule is settled.

“I do believe we’ll be in a different place as a country that we’ll be able to manage the pandemic better, and there’ll be some type of vaccine so we’ll be able to safely figure that out,” Wistrcill said. “That’s just purely based on my own confidence in us as a country. So I think the medical community will be able to have a better handle on this come then, but if we don’t, then we won’t be playing.”

Costello felt confident about some form of FCS playoffs taking place this spring. In talking to other athletic directors and conference leaders around the country, he said having some sort of playoffs is “the ultimate goal” for many of them.

Costello said this is a common sentiment with the Bobcats as well. In the weeks leading up to the fall season postponement, Costello often stressed he wants MSU’s programs to have opportunities at conference and national titles. He added he would adjust however needed to make that happen.

“It’ll be different, but I think everything we’re experiencing this year, there will be nothing normal about this entire year,” Costello said. “And we’re just going to deal with it.”