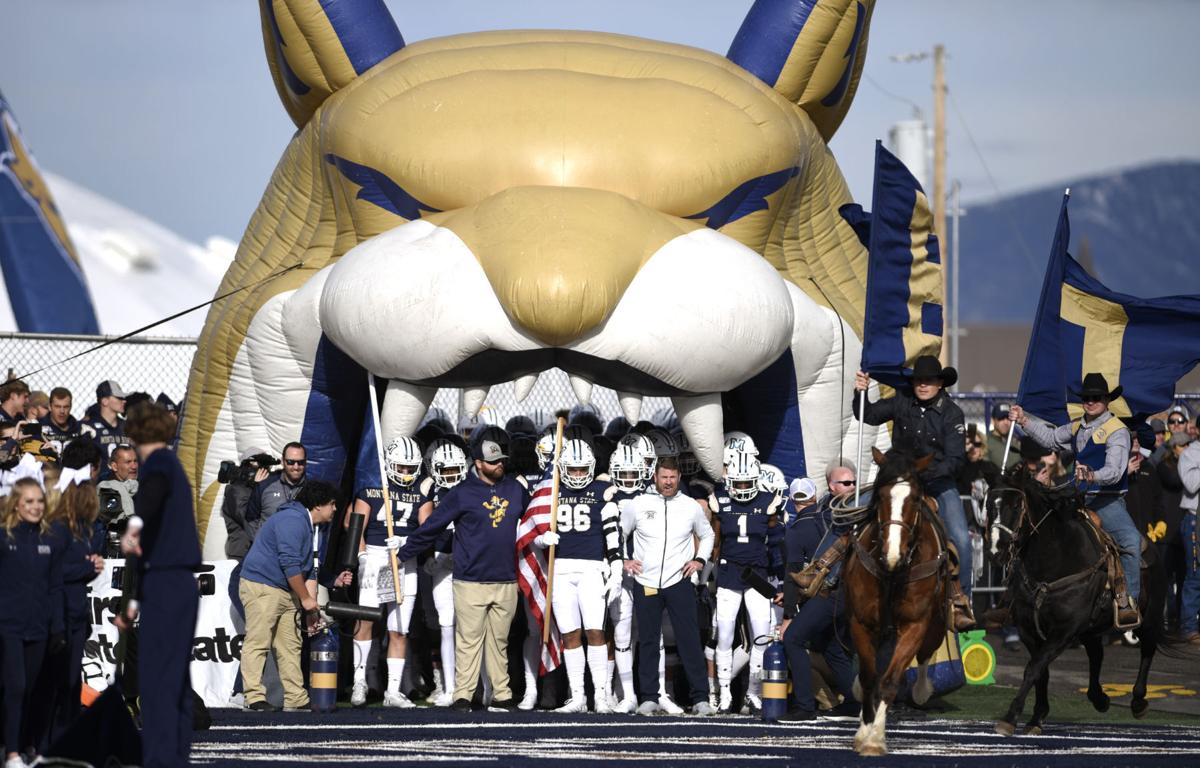 Montana State head coach Jeff Choate prepares to take the field before a game against Montana on Nov. 23, 2019, at Bobcat Stadium. 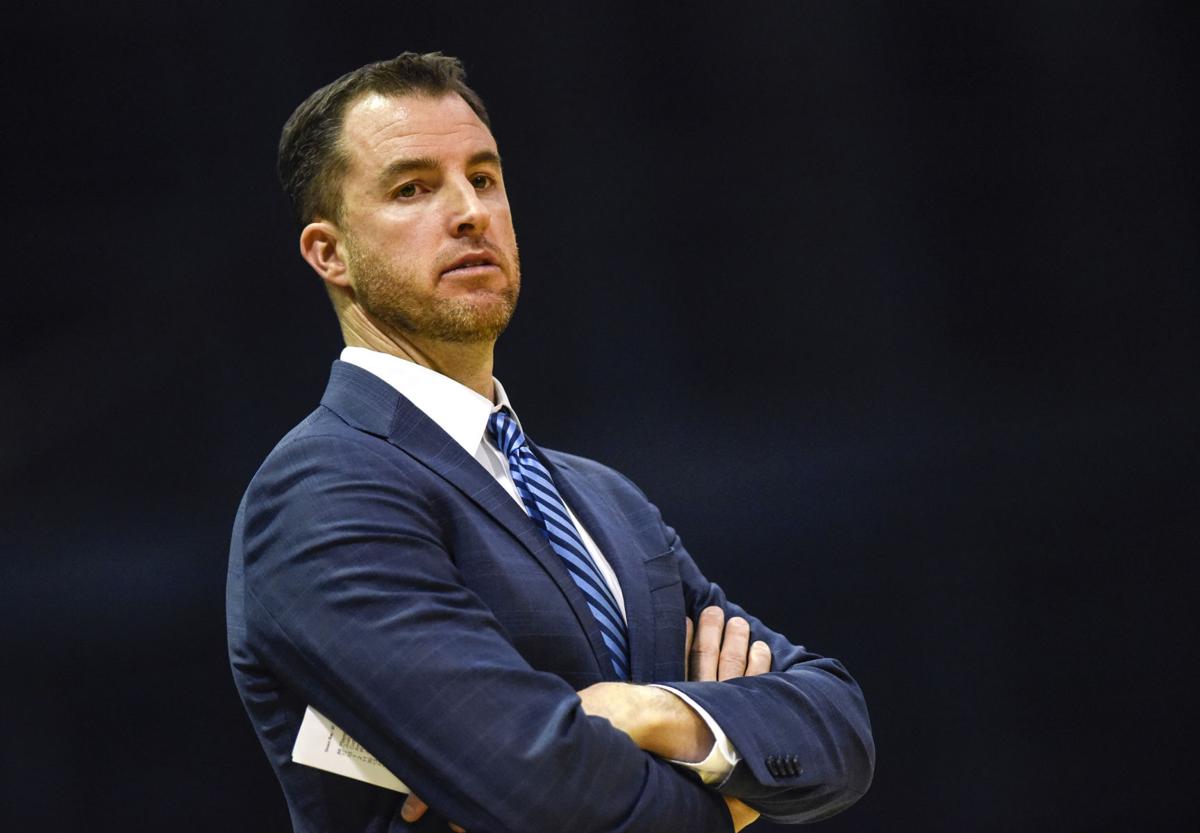 Montana State head coach Jeff Choate prepares to take the field before a game against Montana on Nov. 23, 2019, at Bobcat Stadium.

Following the death of George Floyd, who died after being restrained by Minneapolis police officers on May 25, protests against police brutality and racial injustice have spread across the country, including one in Bozeman attended by approximately 2,000 people Sunday.

So Bobcats head coach Danny Sprinkle created the forum for players to speak about their own experiences and share their perspectives.

“The best thing I think people can do now that hasn’t been done is just listen,” Sprinkle told the Chronicle. “I remember my old coach at (Cal State) Northridge, he’d always tell our players, ‘If you’re talking, you can’t listen. You can’t hear if you’re talking.’ So sometimes it’s better to just be quiet and listen.”

In response to national conversation surrounding Floyd’s death, coaches and administrators in MSU’s athletic department have begun charting the path forward to confront racism. Along with the university, the athletic department may implement new policies to further emphasize its values. While planning to take action in the future will be another step, coaches are first spending time listening to their players.

Bobcats head football coach Jeff Choate said the team’s locker room is “the most diverse group of young men in the entire state of Montana.” Sprinkle’s roster this past season featured players from six different countries.

“This is hurting some of these young men right now and justifiably so,” Choate said Wednesday in a video press conference. “It’s a very confusing time I think for young African American men in particular. We need to wait for them to get back. We’ve had dialogues about these things within Zoom meetings, but that’s not the appropriate time to have a conversation about what our actions are going to be moving forward and it can’t fall on deaf ears. This stuff needs to change.”

Choate emphasized that he agreed with MSU President Waded Cruzado, who wrote in a statement, “We have a responsibility — and the opportunity — to work together to address the injustice and inequality that our founding as a public university sought to eradicate.”

While acknowledging systemic issues require change throughout society, Choate said he feels an obligation to discuss race relations with his team.

As these conversations continue, Choate said the key is starting within the team, which can eventually affect the campus and community.

“Let’s just look in the mirror and ask, ‘Hey, am I being a person of integrity? Am I treating other people with dignity and respect?’” Choate said. “Am I reaching across the line and saying, ‘Hey, tell me about your experience. Help me understand what you experience.’ That’s what this dialogue needs to be.”

Sprinkle described racism as a basic human rights issue. He tweeted in early May about Ahmaud Arbery, a black man who was shot dead after being pursued by two white men while running in their neighborhood. “Prayin 4 all my Friends &former players(&their kids) who deal with this BS everyday,” Sprinkle tweeted weeks before Floyd’s death raised the topic throughout the country.

WTH IS WRONG WITH PEOPLE! I can’t retweet video cuz it literally makes me SICK! I PRAY there is justice for this man! His family devastated! Prayin 4 all my Friends &former players(&their kids) who deal with this BS everyday!!JUST IMAGINE IF THIS WAS YOUR FAMILY???? #AhmadArbery pic.twitter.com/YiQD524LXI

He’s been vocal on Twitter, Sprinkle said, because of people in the coaching world he interacts most with. Sprinkle’s two biggest coaching mentors, Bobby Braswell at Northridge and Dedrique Taylor at Cal State Fullerton, are both African American. He's also been impacted by working with fellow assistant coaches like Louis Wilson and Jay Morris at CSUN and John Smith at CSUF. Sprinkle said he can’t fathom them being in a situation like Floyd’s or Arbery’s.

So Sprinkle encourages his players to speak out as well, if they feel compelled to do so.

“I told them, ‘Speak up. Be your own individual. If you feel like you got to get something off your chest to fans, say it,’” Sprinkle said. “That’s not my right to tell them what to do.”

The Bobcats’ football team plans to reconvene in person for a team meeting on June 14 when it will discuss further action. Choate likes that there’s some time between now and then because it means those conversations will remain relevant in the coming weeks. He aims to provide a platform for players to express perspectives, listen to peers and open up a dialogue

That, Choate believes, will help everyone’s understanding, build greater trust and appreciate each other better.

“We need to stop talking about it and start being about it,” Choate said.