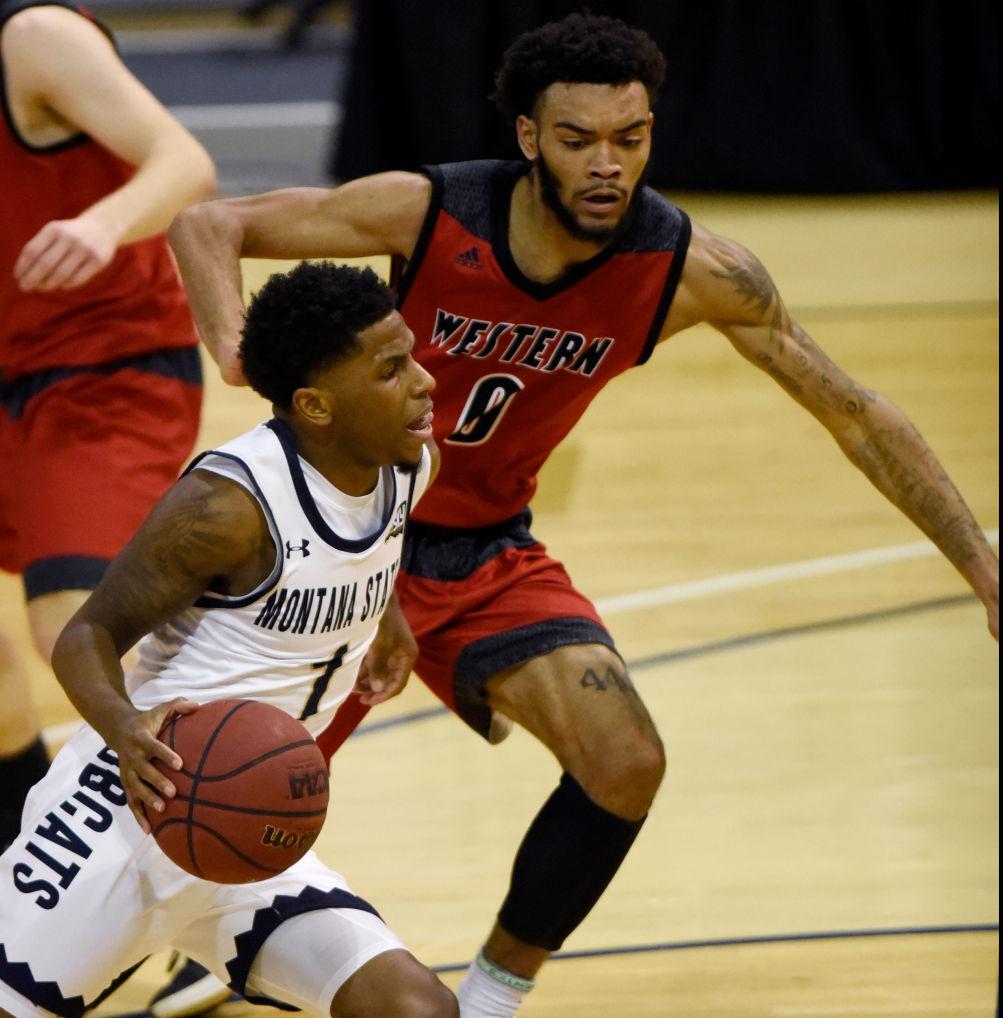 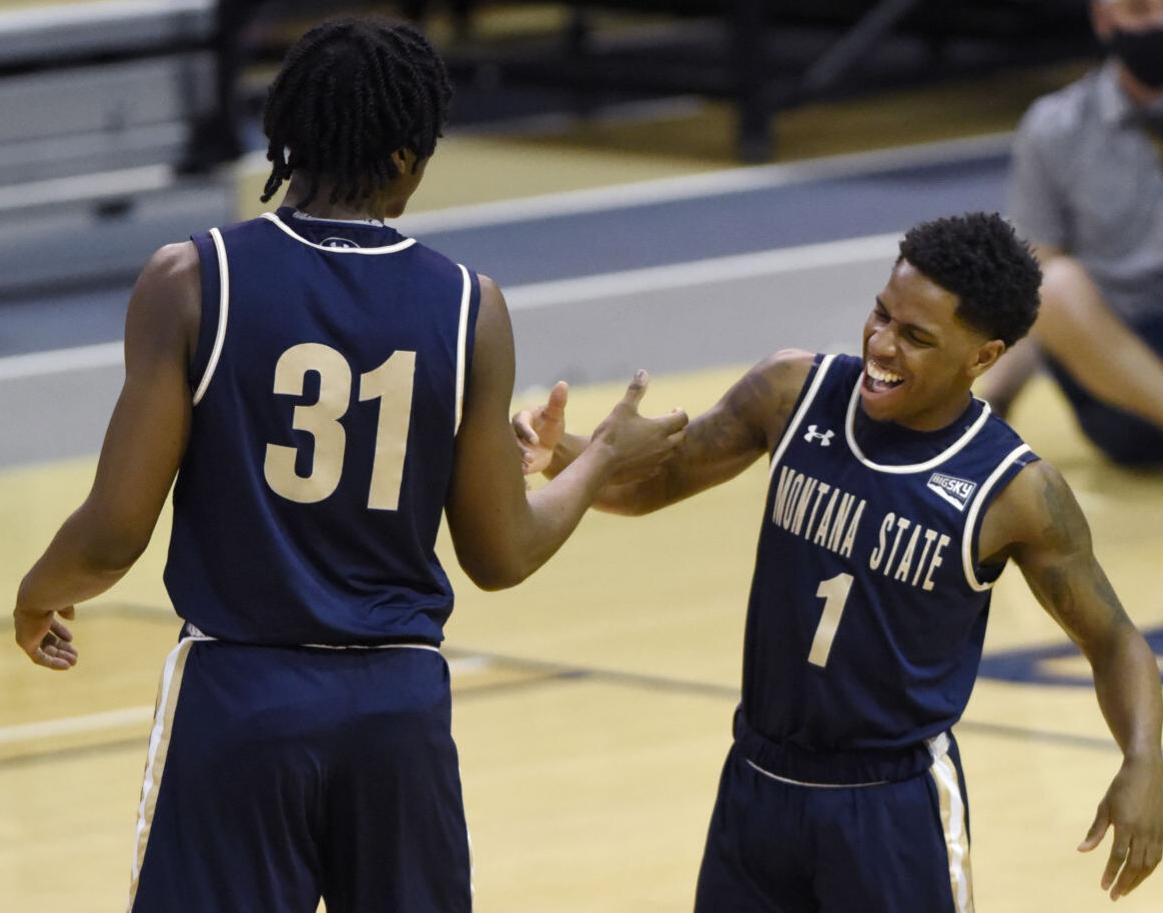 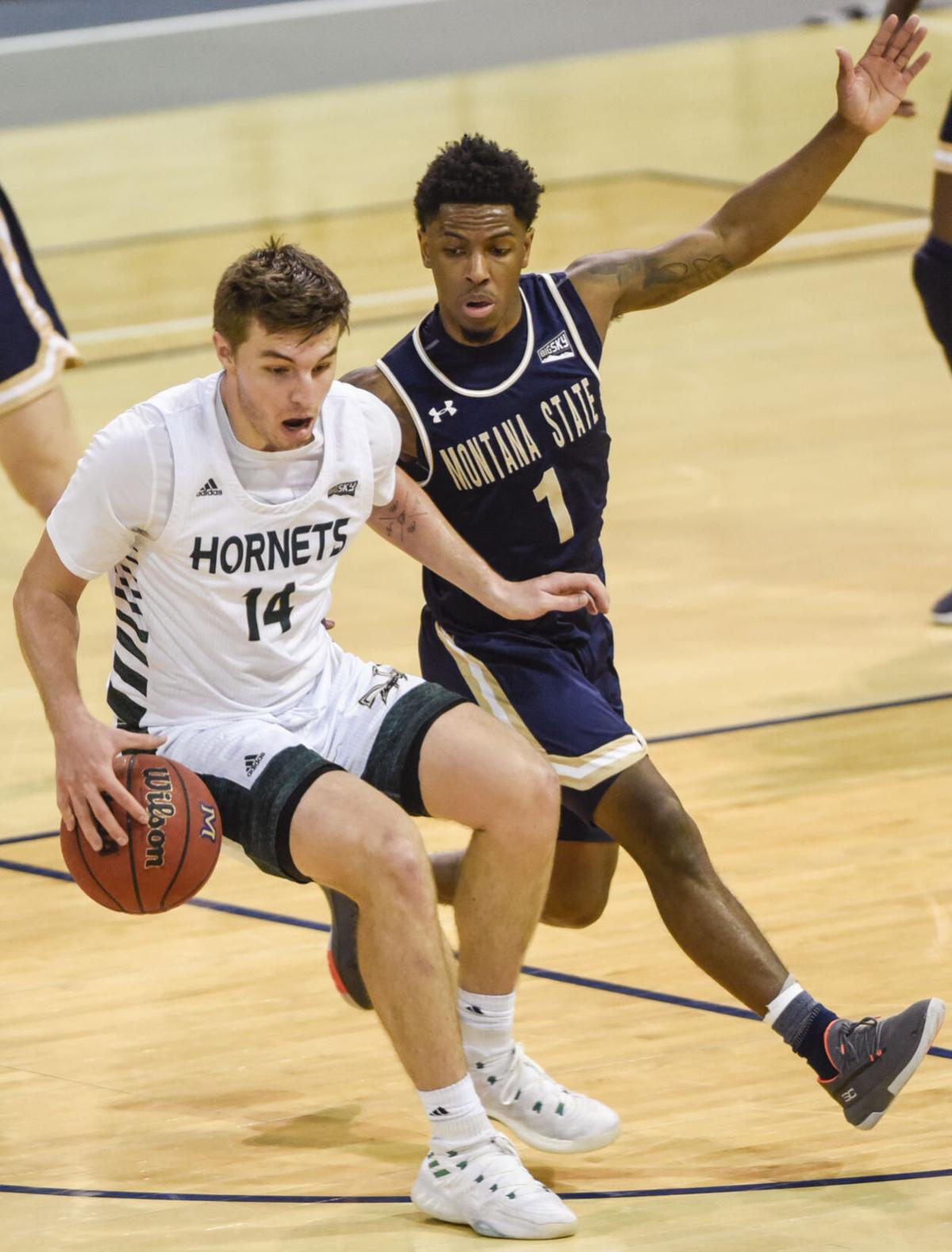 A few short hours after Xavier Bishop dropped 28 points in a win at Northern Colorado, he was vomiting.

The Bears had no answer for him in that Jan. 7 game, in which he shot 9 of 13 from the field with a trio of 3-pointers, seven rebounds and five assists.

Similarly, his stomach was no match for the postgame meal that kept him awake through most of the early morning and on the sidelines of the next day’s shootaround.

“I had kind of a fever, constantly throwing up,” Bishop recalled last week. “I was dehydrated. I felt awful. I didn’t think I was going to be able to play.”

His bout with food poisoning made it tough to get out of bed, to say nothing of participating in practice. Instead, assistant athletic trainer Brett Ritter supplied Bishop with as much water, Gatorade and Pedialyte as he needed until he started recovering.

The next day, on Jan. 9, Bishop said he still had some stomach pains. Yet he managed to supply 22 points. He and fellow senior Amin Adamu, who scored 36 points, were the only Bobcats to score in double digits in the 76-74 overtime win.

“I just toughed it out,” Bishop said.

That pair of wins pushed MSU to 5-3 overall and 2-0 to start Big Sky play. The games also served another purpose: Bishop’s introduction to the conference following a redshirt year after transferring from University of Missouri-Kansas City.

The 5-foot-8 guard arrived in a big way, and he’s continued to prove himself from there. As the Bobcats (11-9, 8-6 Big Sky) enter the conference tournament this week, Bishop is the team’s leader in minutes (32.8 per game) and its second-leading scorer (14.4 points per game).

The fifth-seeded Bobcats open the tournament against fourth-seeded Idaho State at 2 p.m. Thursday in Boise, Idaho. Both teams earned a bye to the quarterfinals, and MSU head coach Danny Sprinkle believes a lengthy run through the tournament is largely dependent on Bishop’s performance.

“In tournament play, your bigs have to rebound and do their thing. But you look at tournaments around the country, it’s guards making big plays, hitting a bunch of 3s, not turning the ball over,” Sprinkle said. “Our guards are going to have to play well, and that’s spearheaded with Xavier. He’s going to have to play really well.”

Bishop said he carries with him a toughness and an edge. He picked this up while playing basketball at parks against older and taller kids while growing up in Springfield, Illinois.

“My dad wasn’t the type to let me come run and cry and stuff like that,” Bishop said. “He’d tell me, ‘You better go figure it out or don’t play.’”

He ultimately built himself into a Division I player and scored more than 1,000 points while at UMKC.

Sprinkle said Bishop was the first to commit to playing for him at MSU after he took the coaching job in April 2019. He knew Bishop’s old coach at UMKC and had an early belief that the guard would thrive playing in Bozeman. Sprinkle is thankful that belief was reciprocated.

“It meant a lot for him to believe in me, never having been a head coach,” Sprinkle said. “For him to be one of the leading scorers in the (Western Athletic Conference) to come and take a chance on me, that means a lot to me.”

After transferring, Bishop was asked to fill the shoes of Harald Frey, one of the program’s standout players. He has raced all over the Big Sky in those shoes. And it all started at Northern Colorado.

“Teams knew about me, but they didn’t really know,” Bishop said.

“I feel like my coaches and my teammates, they knew what I could do. They saw it in practice last year. They saw it in previous games. But I feel like that was kind of my coming out party for the conference especially and had a really good performance. Teams always kind of key in on me when it comes to their defensive game plan, but after that it definitely got a lot tougher.”

Indeed, Bishop had thrived to start the season, scoring 12 or more points in four of MSU’s first five games, including 22 in a season-opening win at UNLV. But the weekend at UNC, Sprinkle said, helped the team learn more about Bishop’s overall mentality.

“That’s what leadership’s all about,” Sprinkle said. “It’s about being able to perform like that when you’re not feeling like it. It was tremendous because I think he earned a lot of respect from his teammates, and he showed what he’s all about.”

Bobcats senior teammate Devin Kirby said Bishop’s production is no accident considering how badly he could tell the guard wanted to play during his redshirt year.

“He worked every single day just so he could come have the impact he’s having now for this team and for this university,” Kirby said.

Though small in stature, Sprinkle said he likes that Bishop plays like he’s a little bit bigger than he is. And both he and Kirby are proud of the way Bishop has taken command of the locker room.

“He’s always got the guys laughing and smiling and having a good time, but he puts people in check too,” Kirby said. “That’s what you have to do as a senior leader.”

Bishop described his personality as “funny, cool, easy to talk to.” These elements make it effortless for him to connect with his teammates.

“I feel as a point guard you have to be able to relate to all your guys at all levels, not just basketball, even off the court on personal levels,” Bishop said.

Time and again this season, the Bobcats have seen Bishop defy his size and admirably step into the role he was asked to fill.

Never was that more apparent than that first weekend of conference play against UNC.

“Physically, I was weak,” he said, “but I just fought through.”

When faced with “figure it out or don’t play” as his father told him years ago, Bishop figured it out.