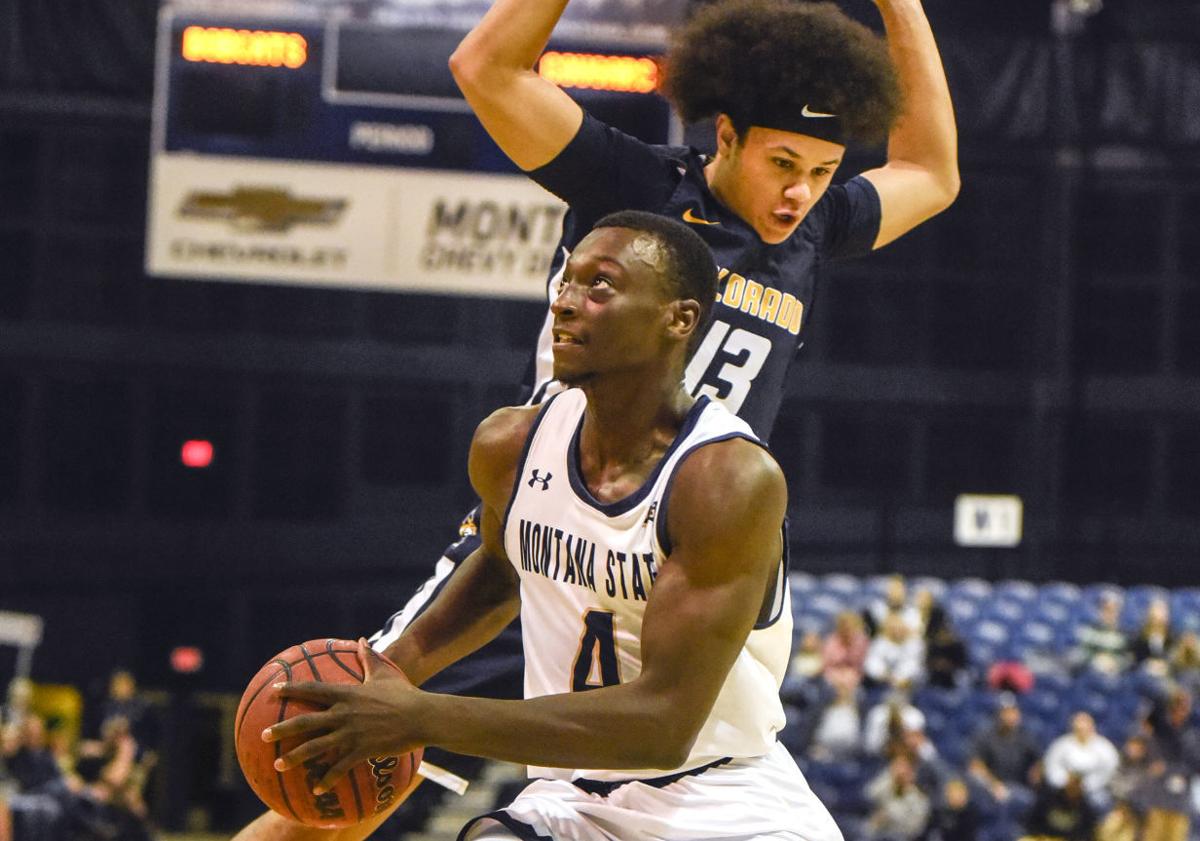 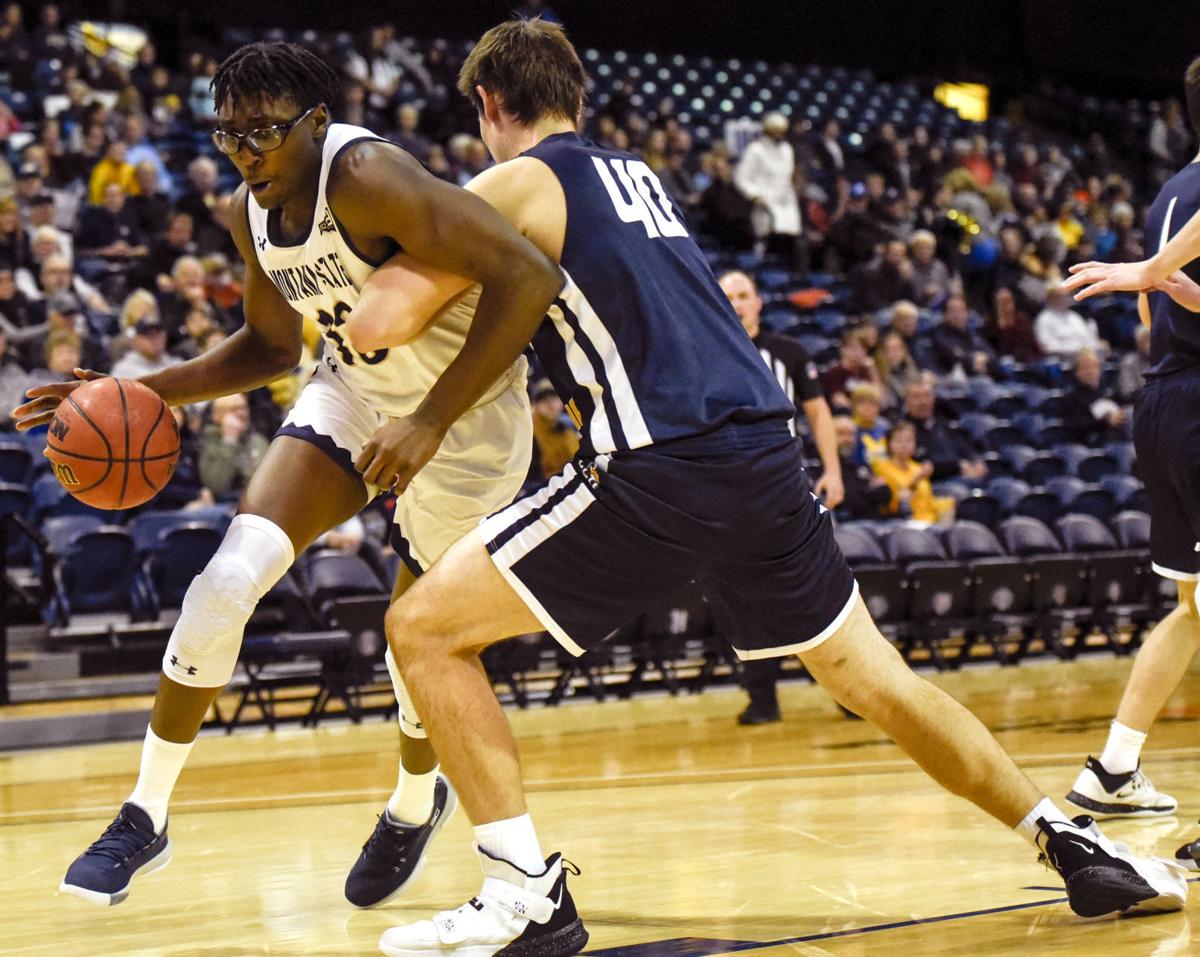 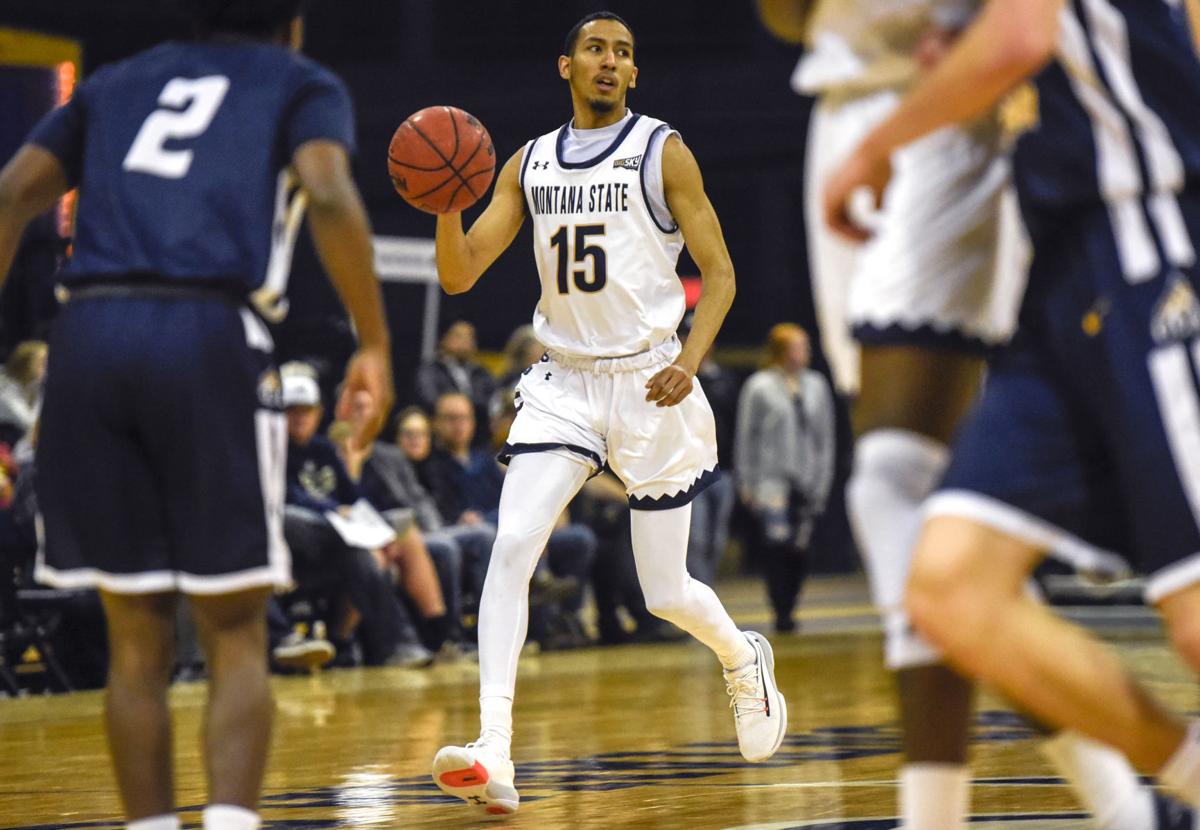 As Montana State warmed up before the start of the second half, Harald Frey waved his hands and urged his teammates to play with more energy. What they showed in layup lines, and during the first half, wasn’t up to the senior point guard’s standards.

And right away, at the start of the half, the Bobcats responded.

MSU opened the frame on an eight-point run, forced a Colorado Christian timeout and never looked back.

“We were very sluggish in the first half, and that was on us,” redshirt junior Devin Kirby said. “We have to bring our own energy and enthusiasm every single time we’re out there on the court.”

After a rough start, MSU pulled away with a 82-46 win Tuesday at Worthington Arena. Despite falling behind early and allowing the Cougars (0-5) to remain within striking distance in the first half, the Bobcats improved to 5-2 and guaranteed no worse than finishing the nonconference portion of its schedule one game under .500.

In the second half, MSU outscored CCU 51-17 and made 7 of 11 3-pointers. After committing just two turnovers in the first half, the Cougars committed nine in the second. They made only 24% of their second-half shots and didn’t stand a chance as the Bobcats poured it on. Ladan Ricketts finished with a team-high 15 points on five 3-pointers and gave MSU a spark off the bench.

“We started to bring some more energy, communicate more on defense,” Ricketts said. “This first half of the season, it’s been all about defense for us, containing people, knowing personnel. Just really being the aggressors.”

Albeit against a Division II opponent, Tuesday’s win was another step in the right direction for the Bobcats, who held opponents to 35.2% from the field, 13th in the country, in the first six games of the year. They built on that mark, holding CCU to 31%.

The game was the first in a three-game home stand in which MSU will host Wisconsin-Green Bay and South Dakota State. Those teams will present much stiffer challenges, but first the Bobcats needed to take care of business against an inferior opponent.

But eventually the Bobcats returned to their effective play.

“It was probably my fault with the scout,” MSU head coach Danny Sprinkle said. “We started switching some things, and once we started sticking with our own guy, we got better.”

The Cougars opened the game with six straight points and immediately dictated the contest early on. It wasn’t until the final minutes of the first half that the Cougars committed their first turnover. They shared the ball effectively and limited the Bobcats on the other end.

Frey began heating up four minutes before halftime as he hit a corner 3 and scored a driving layup on back-to-back possessions. But CCU didn’t go away and trailed by two at the break.

“The first half we were terrible,” Sprinkle said. “It was immaturity I think. We need to learn from this. From here on out, we’re going to play an all Division I schedule, and we can’t have halves like that, especially defensively.”

To open the second half, Jubrile Belo dunked off an assist from Frey. Ricketts, who didn’t start the game, started the second half and hit back-to-back 3s. Those both came off defensive rebounds, and the Bobcats jumped ahead by 10 just two minutes in.

A couple more stops coincided with a couple more 3s by Frey and Ricketts, and MSU was on a 16-2 run to open the second half before the first media timeout.

Sprinkle said he inserted Ricketts into the game to start the second half because he thought he could provide a jolt and his partnership with Frey, another senior, could lift the Bobcats. He added that partially why Ricketts hasn’t started yet is since he had still been working back from a nagging calf injury early in the season.

“Teammates were getting me the ball, I was getting some good looks,” Ricketts said. “Coaches do a great job of instilling confidence in all of us. If we see an open shot, we take it.”

Midway through the frame, freshmen Zach Hobbs and Caleb Bellach each hit 3s to push a 14-point lead to 20. The Bobcats only played seven players for the majority of last week’s road trip, and Sprinkle made a point of wanting to incorporate younger players more frequently.

He followed through Tuesday, and though MSU struggled early, the Bobcats settled in and found their rhythm.