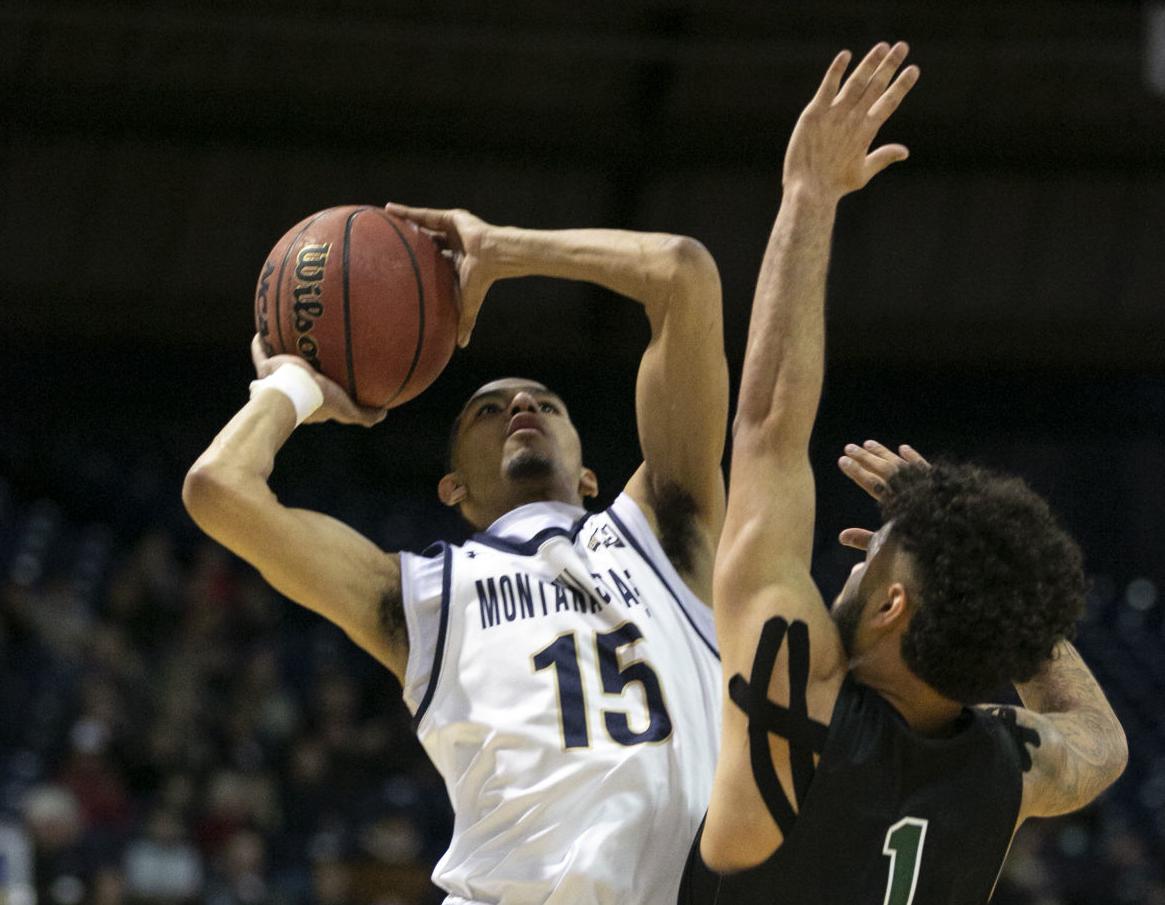 Montana State junior Mychael Paulo takes a shot over Holland Woods during a game against Portland State on Saturday at Worthington Arena. 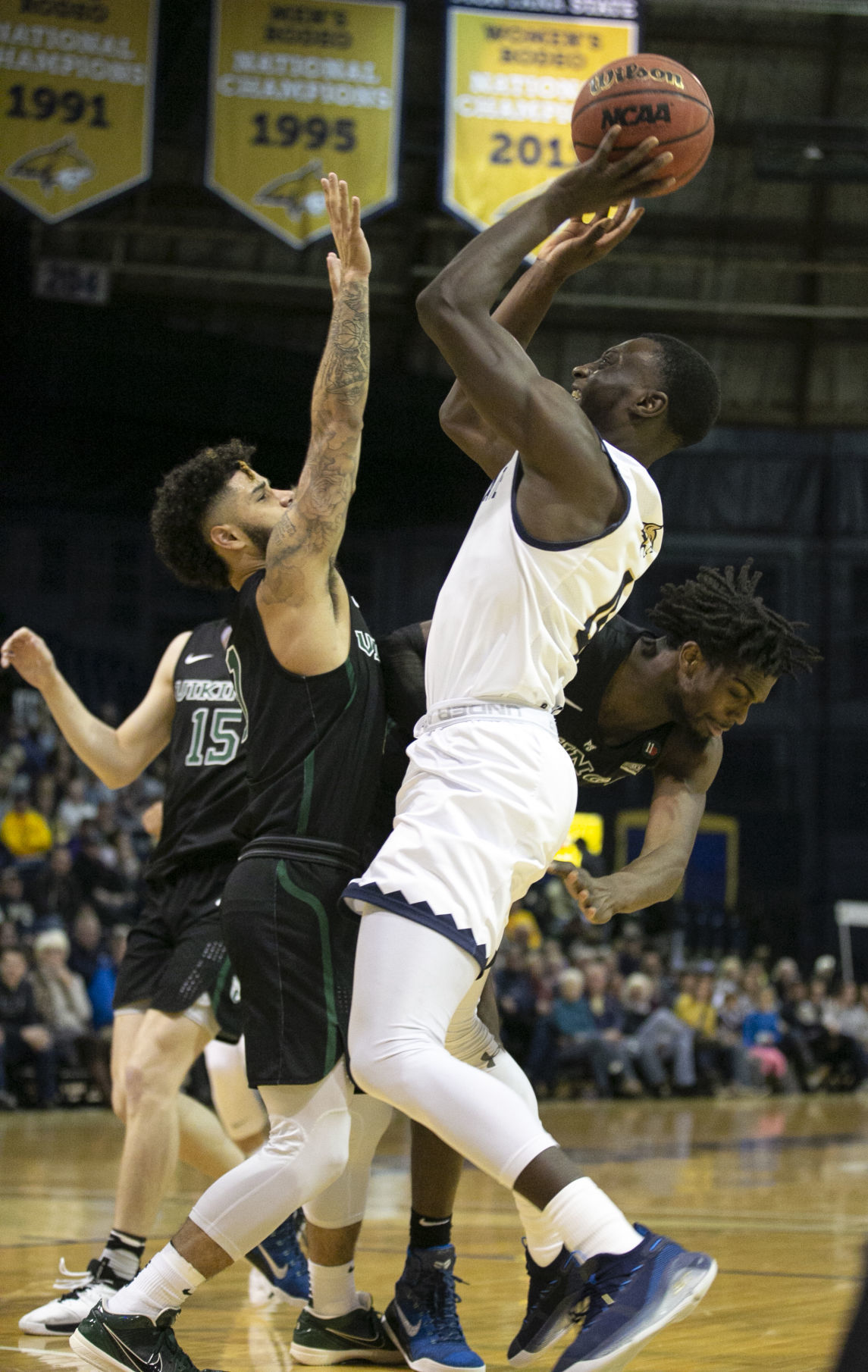 Montana State junior Amin Adamu takes a jumper over Holland Woods during a game against Portland State on Saturday at Worthington Arena. 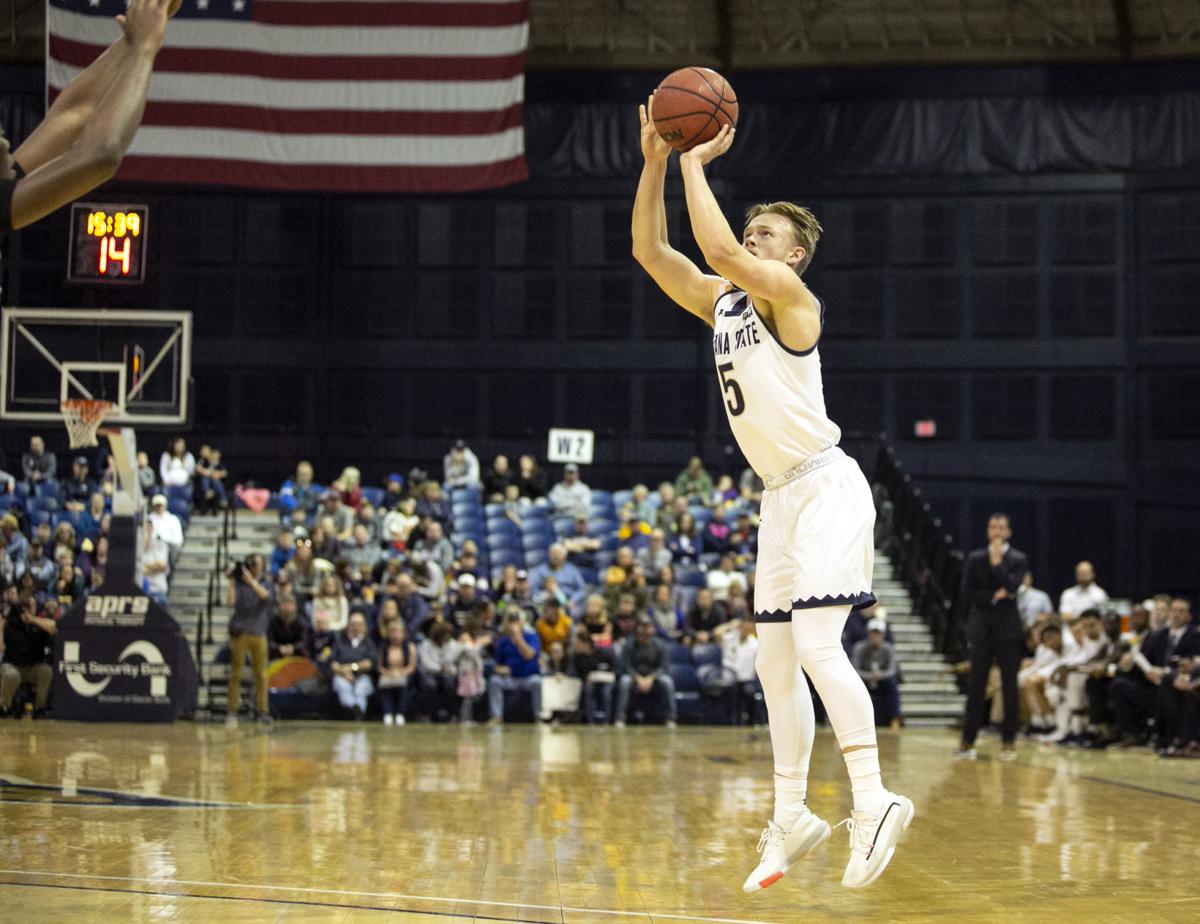 Montana State senior Harald Frey takes a 3-point shot during a game against Portland State on Saturday at Worthington Arena. 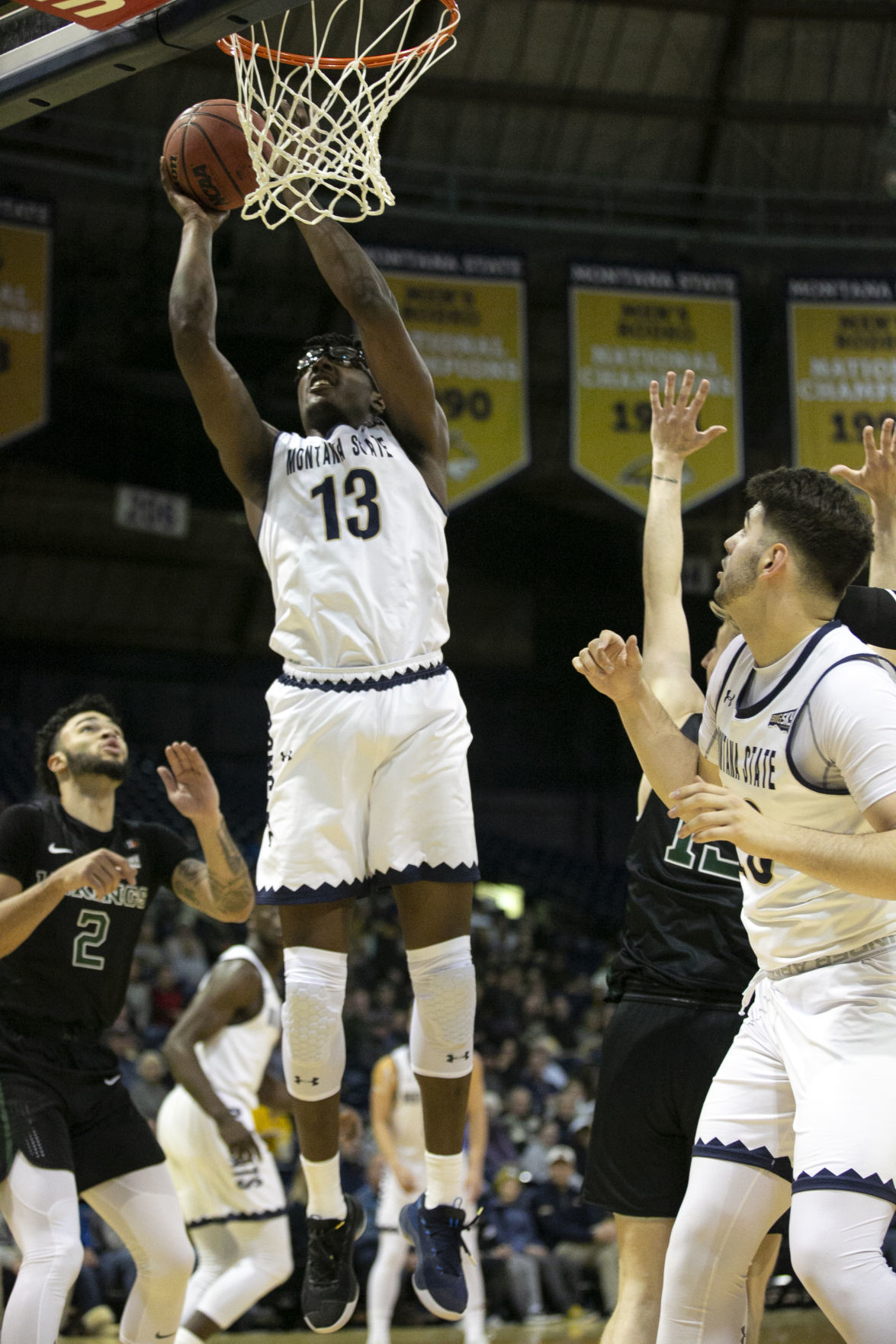 Montana State sophomore Jubrile Belo makes a layup during a game against Portland State on Saturday at Worthington Arena.

All season long, Montana State’s players and coaches have discussed the need to win games on the defensive end. Saturday was no different.

After Harald Frey banked in a mid-range jumper to put the Bobcats up one point with 10 seconds left, Portland State called timeout.

First-year MSU head coach Danny Sprinkle wanted to keep the ball out of Holland Woods’ hands. Woods had already torched the Bobcats for 28 points. MSU wanted to double team him, or at least apply enough pressure to force a pass.

That never came. And neither did a stop. Woods drove into the paint, the most sacred part of the Bobcats’ defense, and converted. The Vikings led 77-76 with 2.4 seconds left and hung on to win by that score.

In the Bobcats’ one-point loss Saturday at Worthington Arena, the lead changed four times in the final minute. It changed 20 times in 40 minutes. For the sixth time this season, MSU (9-8, 3-3 Big Sky) played a game decided by one possession. They won four of the previous five.

Saturday bounced the other way.

“It stinks. This one stinks bad,” Frey said. “This is the one we should have won in my mind. Credit to them.”

Frey scored 26 points. He took a half-court heave at the buzzer, but it ricocheted wide. Amin Adamu added 20. They carried the Bobcats’ offense, which shot 48.4% from the floor. But they were outdone by PSU (8-9, 2-3), which shot 50% and won the rebounding battle 35-31. In a game decided by one point and mere seconds, the margins were razor thin.

The two preseason all-conference point guards, Frey and Woods, battled all night. It was Woods who hit the final dagger as he finished with a career-high 30 points.

Two days earlier at Idaho, Frey hit the deciding free throws with 13 seconds remaining. MSU followed it up by forcing a miss, grabbing a defensive rebound and winning the game.

This time, Frey made the shot with 10 seconds left. As he sized up Woods at the top of the key, he simply tried to make a play. He observed the Vikings preparing to play help defense, so he opted for the midrange. If he could shake Woods once, Frey figured he wouldn’t risk fouling.

But then Woods hit his game-winner.

“He just made one more play than we did,” Frey said.

Sprinkle and Frey both acknowledged improvements to alter the outcome could have been made in the first 39 minutes.

The Vikings averaged the second-most offensive rebounds per game in the country entering the matchup. They grabbed 12 Saturday and scored 12 points off those.

When PSU drove to the basket, center Jubrile Belo often slid to the driver and the rest of the Bobcats were often slow to rotate, leading to open layups.

The Vikings led by as many as nine in the first half and eight in the second. They were in front for 30 of the 40 minutes.

Belo snatched an offensive rebound, elevated up and smashed a dunk while getting fouled with 10 minutes remaining. The 3,071 fans at Worthington Arena reached their loudest point yet. MSU’s bench players jumped up. Adamu held his arms straight into the air. Assistant coach Shawn Dirden screamed. Director of operations Luke Fennelly pumped his arms up and down. Frey, like he had been all game, was at the center of it all, parading around the court, waving and urging the crowd to cheer.

The Vikings called timeout and the eventual victor remained unknown.

“I know it’s fun for the fans,” Sprinkle said, “but it’s stressful for us.”

Sprinkle turned to a four-guard lineup down the stretch. This was the group he used in similar situations in MSU’s previous three games, which were decided by nine, six and three points, respectively.

With two and a half minutes remaining, Adamu intercepted an inbounds pass. He fed Mychael Paulo for a transition layup and the Bobcats led by three. It was an example of the winning plays MSU often focuses on.

“It was plays we needed,” Adamu said. “We needed a stop right there.”

But just like everything else that occurred in the first 39 minutes and 57.6 seconds, it was only part of the equation.

During that span, Belo fouled out with 33 seconds left. Freshman Borja Fernandez, who hasn’t played much at center all season, subbed in at the position. Sprinkle said Belo’s presence could have made a difference on the final basket by forcing Woods to shoot over his 6-foot-9 frame in the paint.

The game was decided by the slightest of adjustments.

“Conference is always going to be like this 24/7,” Adamu said. “There ain’t going to be no easy games.”

On the final play, Frey chucked a desperation shot that missed. Earlier in the season, at UNC Greensboro, he made from a similar distance to salvage a win. It was MSU’s only other one-point game this season. Afterward, Sprinkle told players to dwell on the outcome until midnight. Then it was time to move on.

When Sprinkle entered the locker room Saturday night, he told his players the same thing. The loss stung. He wanted it to. That meant they cared. But he gave them only until midnight to sulk.

Then it’s back to work.

“We’ll be ready next Saturday,” Sprinkle said. “These guys are resilient.”