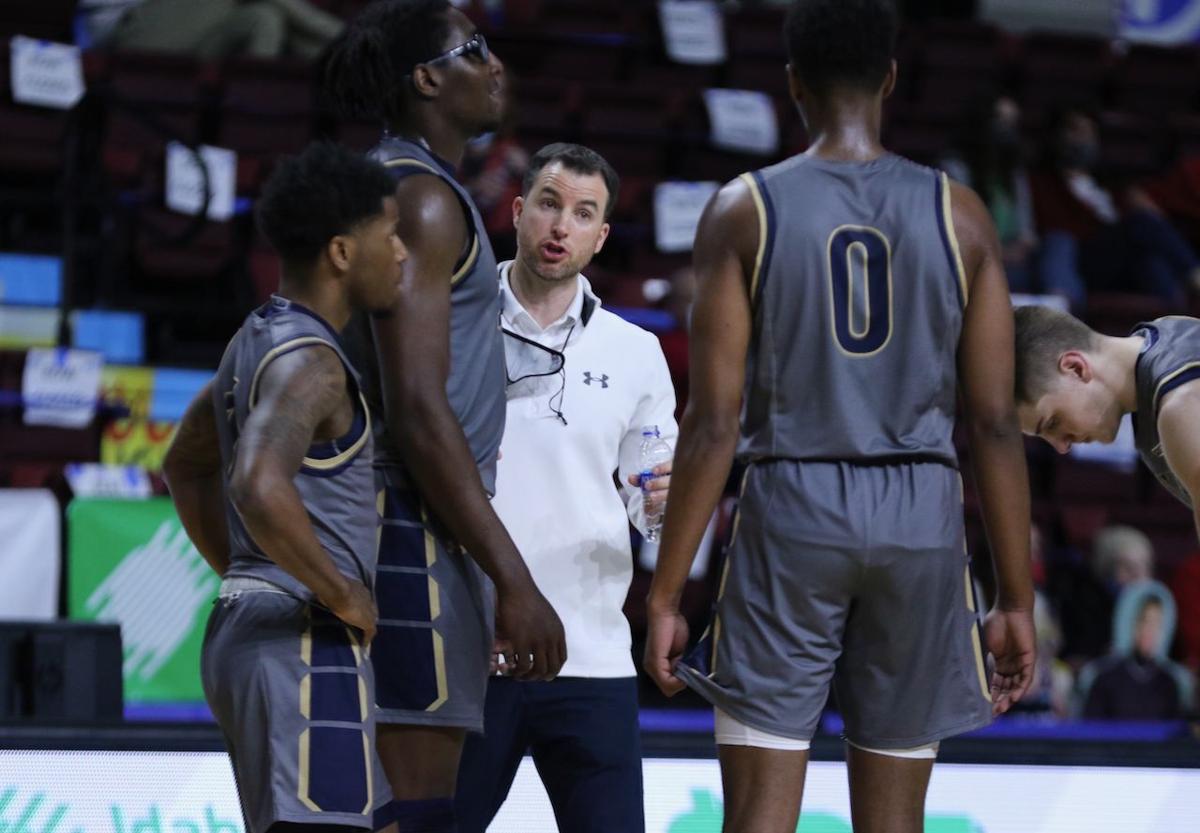 Montana State head coach Danny Sprinkle speaks with his players during a game against Southern Utah in the Big Sky tournament semifinals on Friday at Idaho Central Arena in Boise, Idaho. 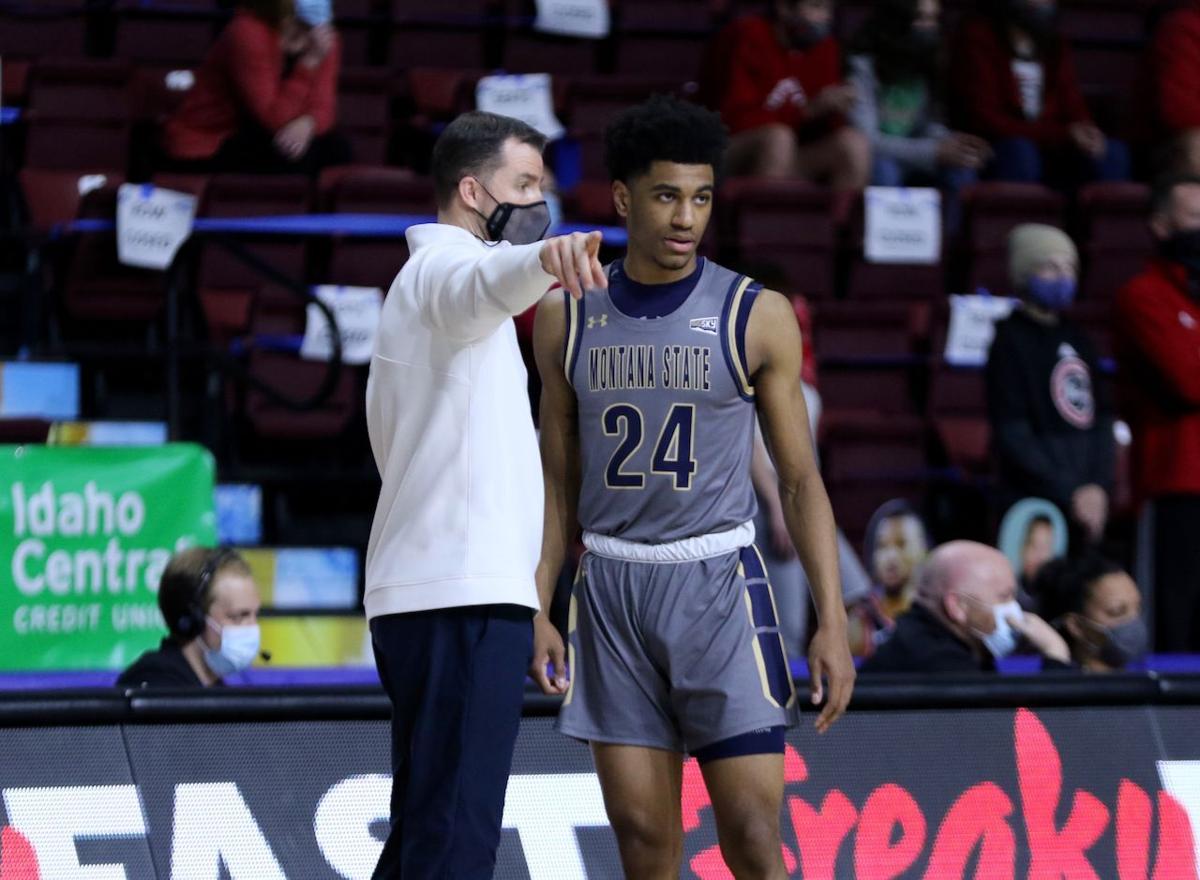 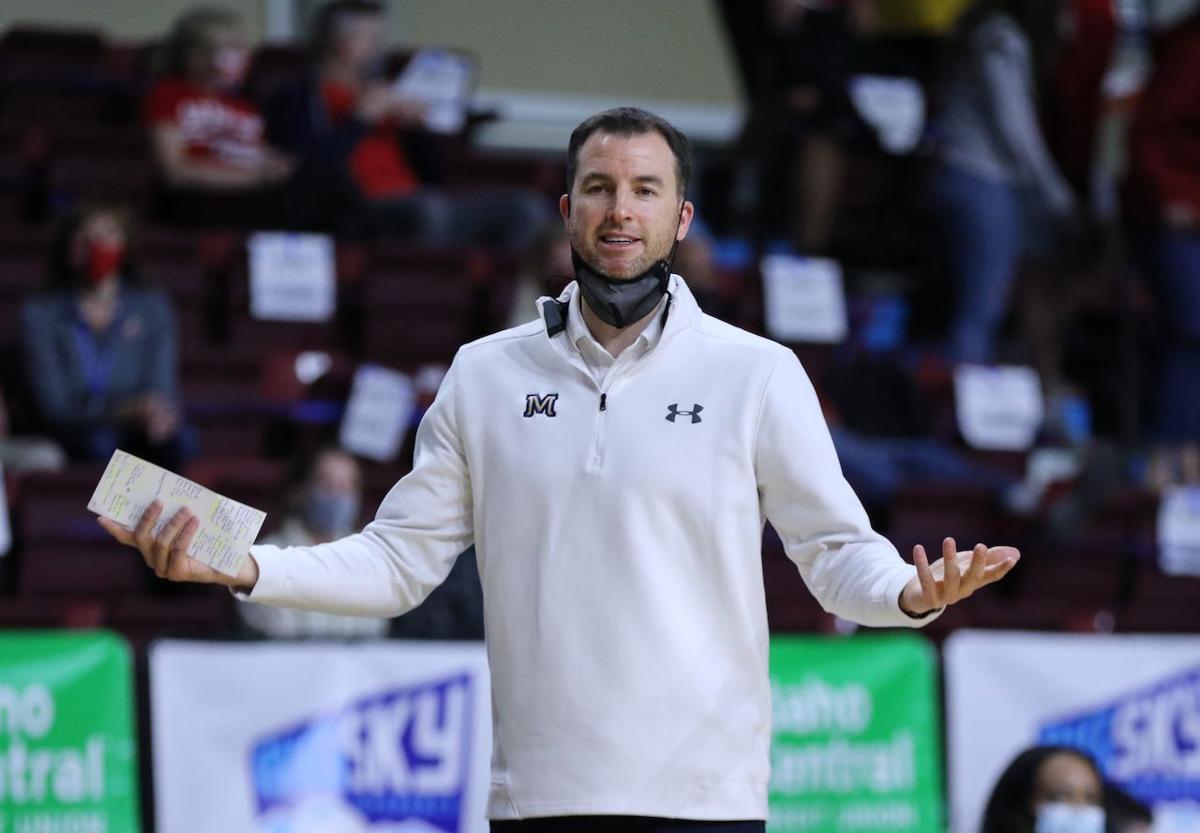 Montana State head coach Danny Sprinkle reacts to a play during a game against Southern Utah in the Big Sky tournament semifinals on Friday at Idaho Central Arena in Boise, Idaho.

Montana State head coach Danny Sprinkle speaks with his players during a game against Southern Utah in the Big Sky tournament semifinals on Friday at Idaho Central Arena in Boise, Idaho.

Montana State head coach Danny Sprinkle reacts to a play during a game against Southern Utah in the Big Sky tournament semifinals on Friday at Idaho Central Arena in Boise, Idaho.

BOISE, Idaho — His team had accomplished a feat which it hadn’t in over a decade, and Danny Sprinkle was discontent.

After winning Thursday, Montana State was advancing to the Big Sky semifinals. But the Bobcats head coach was determined his team wasn’t done winning this week. He had said so since MSU hired him with the hopes of transforming the team he used to play for from middling to marvelous.

Sprinkle said he didn’t take his job just to make it to the semifinals. This was proven this week.

The No. 5-seeded Bobcats, in the Big Sky championship, fell 65-55 to No. 2 Eastern Washington on Saturday night at Idaho Central Arena. But by how Sprinkle conducted his program, the Bobcats thrived at a level they haven’t in years.

After Saturday's game, Eagles head coach Shantay Legans repeatedly praised Sprinkle, who had yet to coach during a Big Sky tournament before this week after last year’s was ended due to the coronavirus pandemic.

“He’s done an amazing job with that team,” Legans said. “Coach Sprinkle is a great coach. He’s a really good coach, and he’s going to be good for Montana State. They got a good one.”

Fish can be credited for recruiting and developing Tyler Hall and Harald Frey, two of the most prolific players in school history. Yet even with that talent, the Bobcats couldn’t forge a complete roster to complement those stars. This led to seasons of mediocrity, and MSU officials wanted better.

When MSU chose to bring Sprinkle back as a head coach, he prioritized building — and most importantly, maintaining — bonds with his players. In a team sport, successful programs often credit this for their wins as much as work ethic or pure talent.

The Bobcats adopted the motto “Ubuntu,” which roughly translates to “your success is my success.”

With every win, and with every loss, the Bobcats used this word on their social media posts. They see it plastered on their wall in their locker room after every game. They say it when they break huddles during every practice.

When they opened the pandemic-altered season with a win over UNLV, a trip that included a shootaround without coaches because of coronavirus concerns, they lived by this. When the Bobcats started conference play with six straight wins for the first time since 1986-87, they illustrated this. When they lost their next five and fell in danger of losing out on a first-round bye in the conference tournament, they depended on this.

And with postseason success, Sprinkle exemplified this. When the Bobcats toppled top-seeded Southern Utah on Friday, he claimed he couldn’t monopolize any sort of credit.

He certainly could’ve. The Helena High graduate was on the MSU team which last won a conference championship in 1996 and was back to restore the program to the status it hadn’t had since he wore a uniform. A narrative can’t easily become any better.

Following MSU’s win in the Big Sky semifinals, Sprinkle recognized his players, referencing several by name and their contributions. The Bobcats were in the conference championship, he said, because of their determination, not what he did.

MSU point guard Xavier Bishop transferred from University of Missouri-Kansas City after his coach was fired. He embraced Montana State because of the way Sprinkle invited him into the program. Last week, Sprinkle thanked Bishop for trusting him despite the fact that he was a new head coach.

Sprinkle has relationships like this with many of his players, several of whom are transfers, some of whom expected to play for another head coach. Nonetheless, they decided they could depend on Sprinkle to guide them.

When Sprinkle was publicly introduced as the program’s new head coach, he asserted that he expected the Bobcats to be “cutting down the nets” within five years.

He wanted that every year. That was the standard. His self-expectations, and that of fans who badly needed new energy to surround the team, were laid out.

In Year 1, the Sprinkle-led Bobcats were in the same position they were under Fish: around .500.

After a tumultuous 2020-21 regular season, the Bobcats were the fifth seed in the Big Sky tournament. But with an ugly win over Idaho State that featured a collective 55 fouls and a gutsy overtime triumph over Southern Utah, the Bobcats were in a position everyone else in the conference wanted to be.

MSU wasn’t widely anticipated to be here. The Bobcats, though, expected this since the moment Sprinkle became their head coach.

“He’ll be back here,” Legans said of Sprinkle after the Eagles cut down their own net, “I promise you that.”