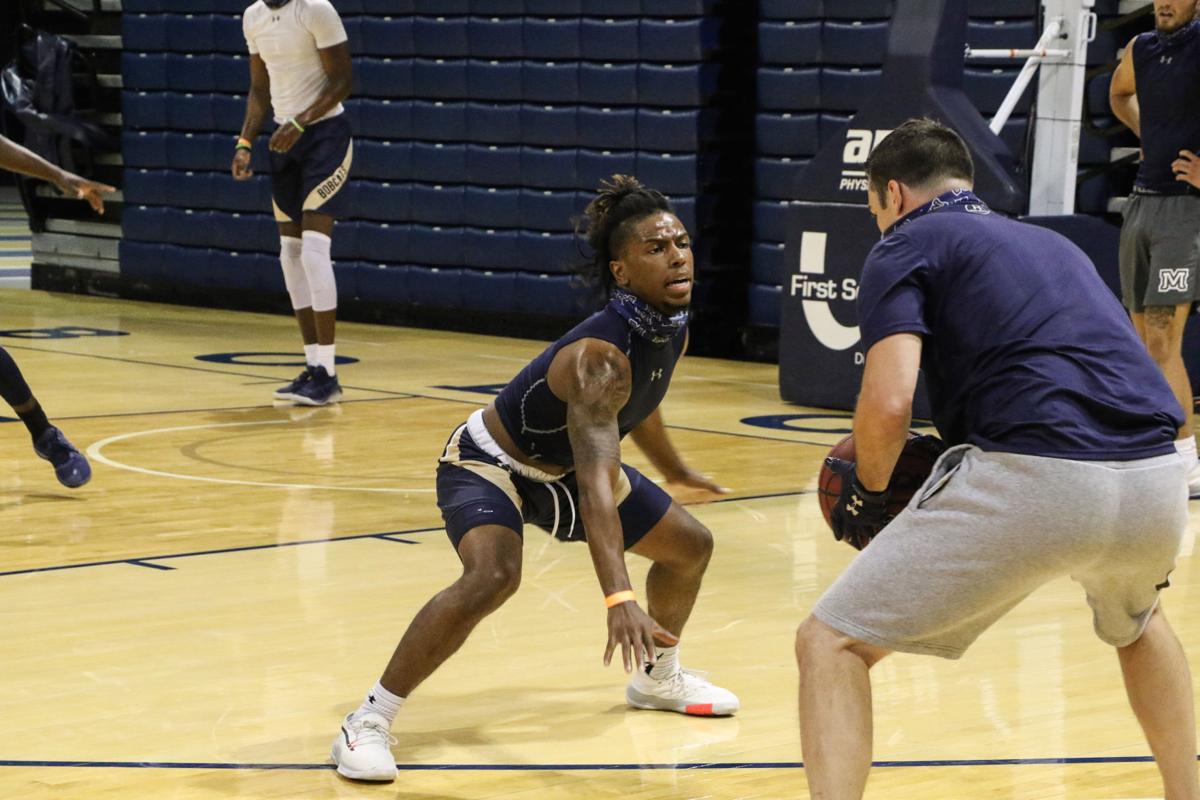 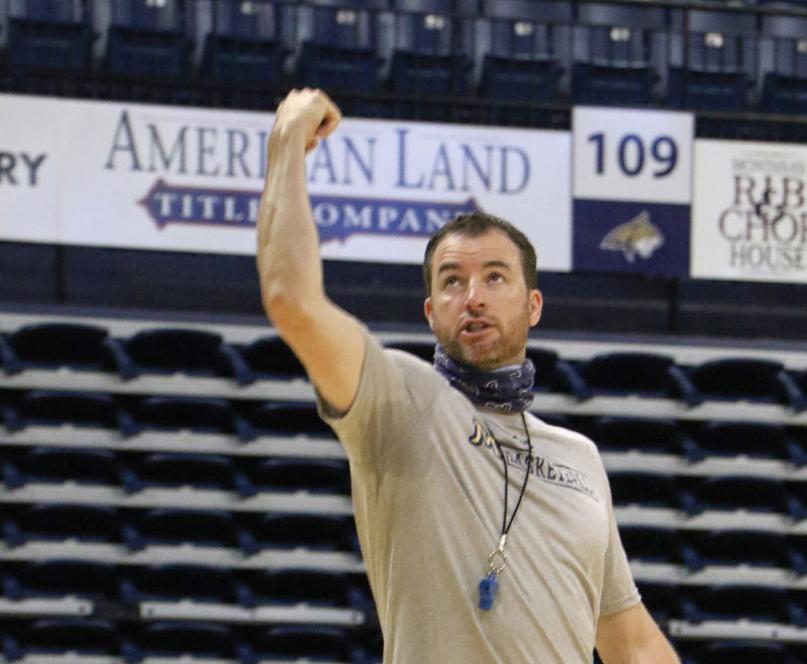 Perhaps they were too giddy, he joked in a video press conference Tuesday, since the mood changed a bit after beginning with 10 minutes of defensive drills.

While many players spent months working out on their own with body weight exercises and outdoor hoops, rarely did they practice defense.

“You can tell the guys haven’t done anything defensively in about five months,” Sprinkle said. “Because they came back today, you could tell their groins are a little sore.”

Though the coronavirus pandemic has shifted MSU’s summer practice schedule, the Bobcats took the court Monday, the first day the NCAA allowed men’s basketball teams to practice. Protocols remained in place that limited their ability to hold a full-fledged workout, but Sprinkle was glad his team could just be on the court together.

Players and coaches wore masks that they pulled over their face when 6 feet of distance couldn’t be maintained on the court. They took frequent breaks to sanitize their hands. They couldn’t play one-on-one or two-on-two.

They couldn’t access their locker room. They needed to enter Brick Breeden Fieldhouse through a certain door, pass a check-in station that screened for COVID-19 symptoms and exit through a different door to avoid bumping into any other people. And once practice ended, players needed to leave right away rather than the typical hanging out that used to take place.

“Whenever they’re in close quarters, they know they have to have (a mask) on,” Sprinkle said. “Obviously with the workouts, the way we’ve tried to design them that they’re not getting within 6 feet of each other or 6 feet of a coach. They’ve done a good job.”

The Big Sky Conference is likely to decide the future of the fall sports season within the next week or two. The future of the winter season is unknown, too. Sprinkle said he’s worried about the possibility of fans not being allowed to attend games or games being canceled altogether.

Even though the practices — which the Bobcats split between returners and newcomers — needed to be modified for safety reasons, Sprinkle thought it was better than not practicing at all.

“They’re just appreciative they’re able to actually get on the floor,” Sprinkle said. “They don’t care if they have to stay 15 feet from each other, got to wear masks and things like that. They just want to be on the court doing what they love to do.”

When Sprinkle was in his first offseason as MSU’s head coach a year ago, he prioritized establishing a defensive mentality and how he wanted his program to operate. Now that he’s entering Year 2, the culture he set remains. But he still wants to emphasize similar topics as he did a year ago.

After going 16-15 last season, the Bobcats added six scholarship players this offseason, and Sprinkle believes the team’s talent has increased. That means more competition at each position and battles for playing time.

“If you’re not defending, you’re not doing the little things, there’s probably a good chance you’re not going to play,” Sprinkle said. “I really think that’s going to help us take that next step.”

Abdul Mohamed and Kellen Tynes have recently arrived in Bozeman, Sprinkle said, but are fulfilling MSU’s mandatory quarantine for athletes before practicing. Spain’s Borja Fernandez and Germany’s Finn Fleute are scheduled to arrive next week, the only two not yet on campus.

In the past few months, Sprinkle has spoken publicly about social justice issues around the country and participated in a local protest on June 5. To keep that conversation going, the Bobcats planned team activities later this week to promote racial equality.

MSU also designed T-shirts that say “Embrace” with “race” highlighted in gold. Sprinkle said “embrace” will be a mantra for the team this year as players, representing five different countries, learn about each other’s cultures.