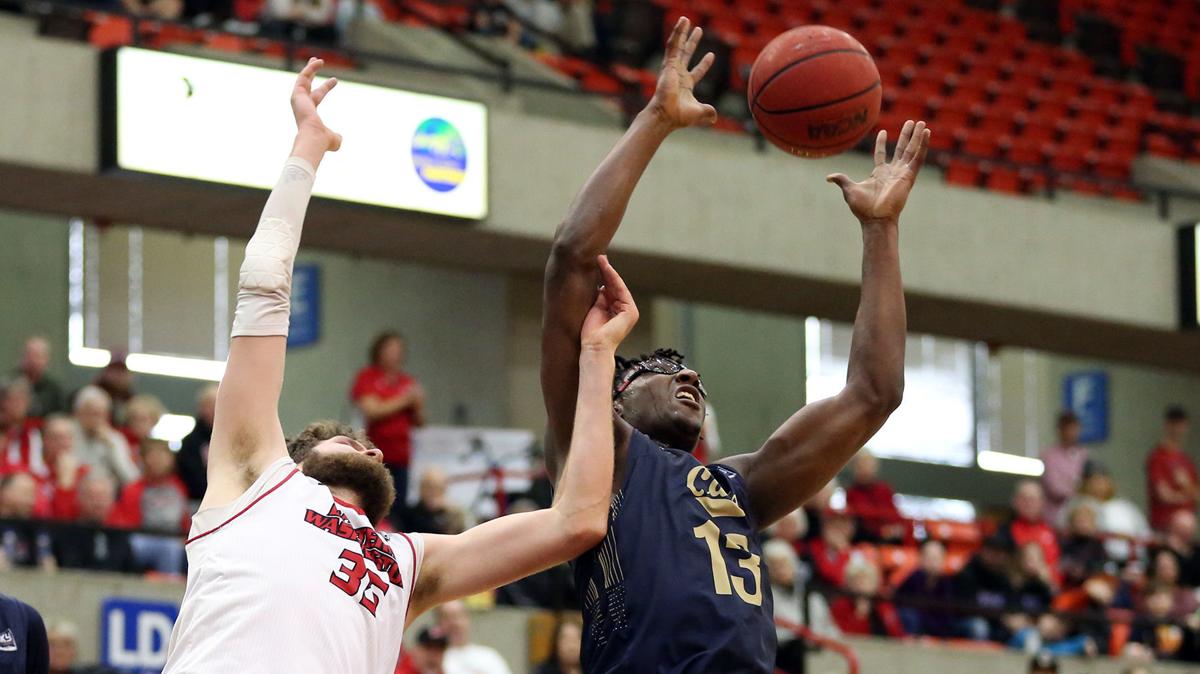 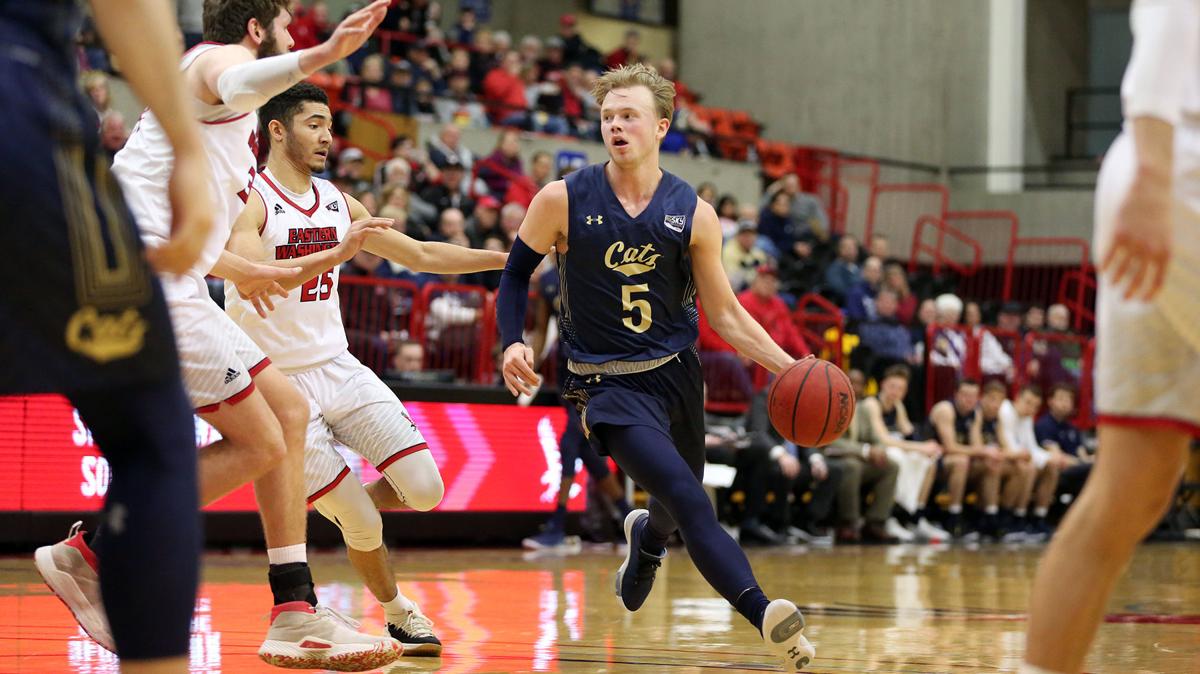 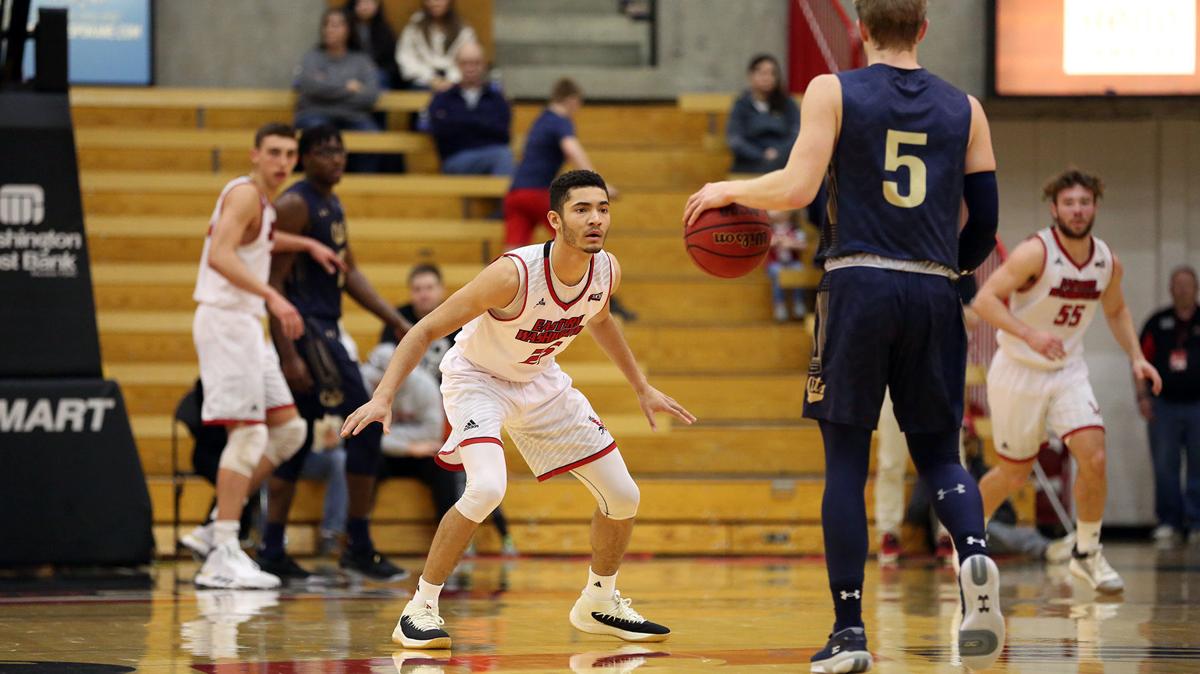 CHENEY, Washington — Montana State’s players have said all season they want to win with defense. They want to take advantage of low-scoring games. They want to establish a new identity.

In order for that to happen, the Bobcats must score enough to remain competitive. That didn’t occur in a 74-49 loss Saturday at Eastern Washington. MSU’s point total was its least in a game this season.

“They came out with a point to prove, and they proved it,” Bobcats head coach Danny Sprinkle said. “We didn’t match the intensity.”

MSU (12-11, 6-6 Big Sky) suffered its second largest defeat of the season. The Bobcats made a season-low 22% of their shots. Freshman Caleb Bellach scored a team-high 10 points mostly once the outcome was decided. The Bobcats never made more than two shots in a row and never found a flow on offense.

Despite missing 16 of its first 17 shots, MSU trailed by only four points 14 minutes into the game. But the fifth-highest scoring offense in the country eventually broke free, and the Bobcats couldn’t keep up.

“We didn’t have the urgency today out there,” sophomore center Jubrile Belo said. “They just came ready to play and we didn’t.”

EWU (16-7, 9-3) didn’t cross 70 points until five minutes remained. The Bobcats are 12-3 when holding opponents to that many or less. But they were buried Saturday because their offense wilted.

This week in practice, MSU drilled shooting and offense as much as defense. Even though Sprinkle wants his team to be known for its ability to restrict opposing offenses, he’s cognizant of the team’s shortcomings thus far.

The Eagles defended physically, making it difficult for the Bobcats to find a rhythm. Ten of MSU’s 13 makes were assisted, a reflection of how well EWU guarded one on one.

Sprinkle said he thought his players took quality shots. The problem was they didn’t convert often, including missing 19 of 26 layups or dunks.

“It’s easy to say, but it’s just making shots,” Sprinkle said. “It’s driving with some force, playing with confidence, catching the ball shot-ready, and if you’re open, knock it down.”

Harald Frey, MSU’s leading scorer and offensive catalyst, didn’t score in the first half Saturday. He totaled the same output in the second half Thursday against Idaho. The difference was the performance of the teammates around him.

As has become the norm, the Eagles trapped Frey, double teamed him and attempted to take the ball out of the point guard’s hands. The strategy worked. Two days prior, the Vandals enacted a similar scheme.

But when Frey was eliminated in the previous game, teammates picked up the slack by leaking out in transition, attacking the rim powerfully and dictating the tempo of the game. The opposite occurred this time. Instead of getting open to give Frey passing options, players stagnated. When they did drive, they were forced to take contested shots. Amin Adamu took a team-high 11 shots and only made one. Half of his 10 misses were on shots blocked by the Eagles.

“We’ve been working on finishing and that’s why,” Sprinkle said. “You got to go strong at this level and you got to be able to finish through contact, finish over bigger guys. We didn’t do it tonight.”

MSU was outscored by 30 when Frey was on the court, the lowest individual plus-minus of any Bobcat. With him hounded the way he often has been, MSU again searched for contributors to emerge. But no one did.

“We didn’t do a really good job of spacing and moving around when the ball got fed into the post,” Adamu said. “That’s something we really need to work on, which will create more space for guys to get open.”

When these teams played three weeks ago, MSU blew a four-point lead with 15 minutes remaining. Afterward, Sprinkle attributed that downfall to offensive miscues.

The rematch was an opportunity for a statement win against one of the Big Sky’s top teams. The Bobcats entered the day in sixth place in the league, one spot away from being in position for a first-round bye at the conference tournament in March.

“We just got to be physical attacking the rim,” Adamu said.

With a minute left, Mychael Paulo threw a pass out of bounds and at his assistant coaches on the bench. He bent over, put his hands on his thighs and stared forward, exasperated.

Only eight more regular season games exist for MSU, and so does a blueprint on how to stop the Bobcats.

Bobcat men respond in second half against Idaho

The previous three days featured three of Montana State’s most intense, physical practices of the season.