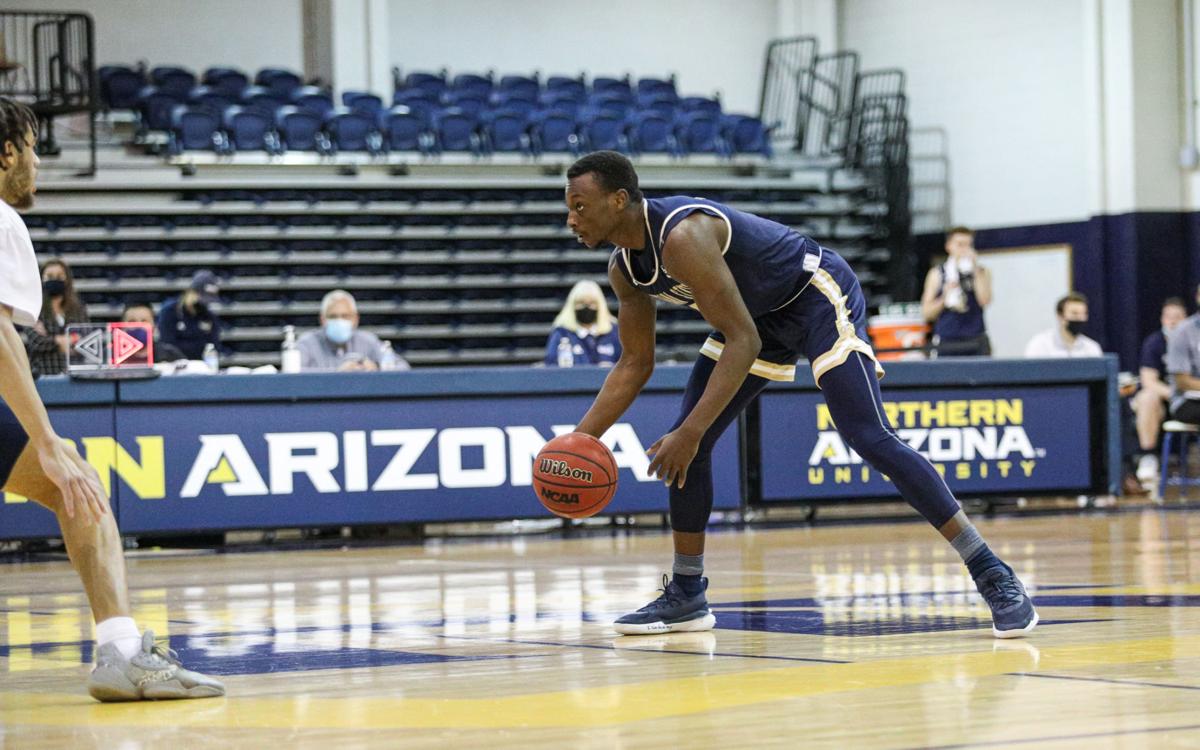 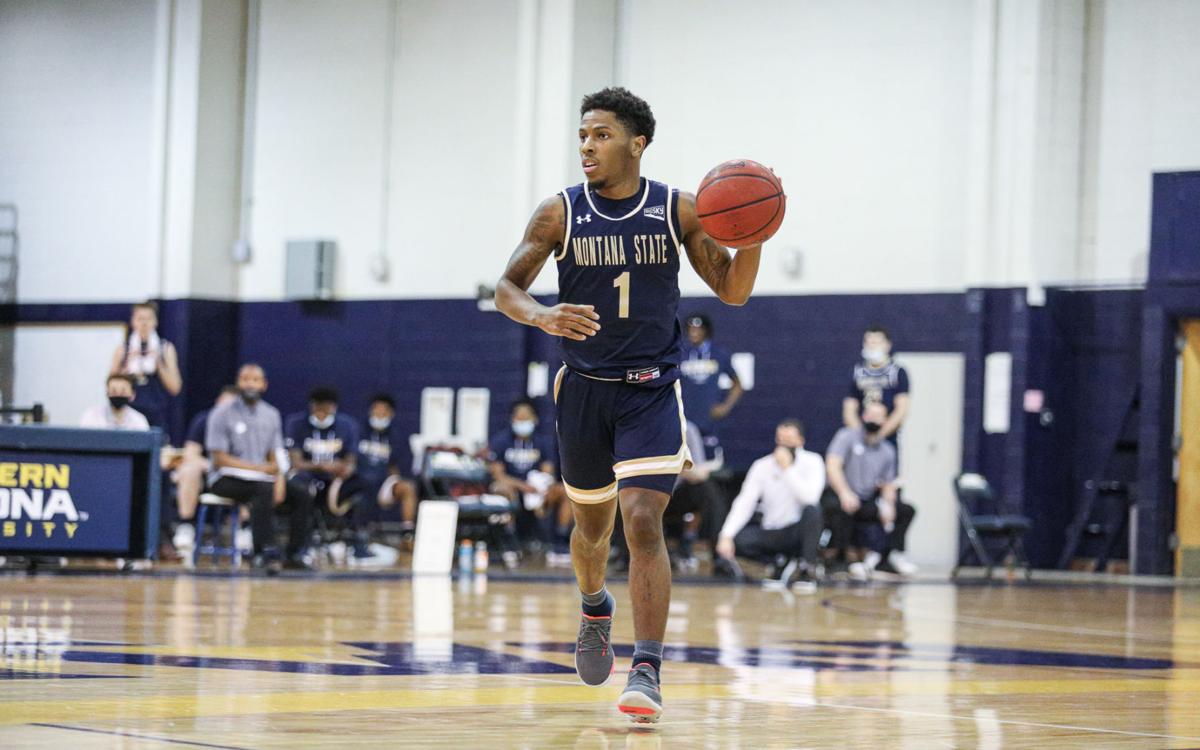 Coming out of a timeout, Amin Adamu drove to the rim. Just like he did throughout the afternoon, he scored with a short floater. Fifty-five seconds remained.

After another Montana State timeout, Adamu sunk a layup off a pass from Xavier Bishop. The Bobcats pushed their lead from one to five. Nineteen seconds remained.

Adamu put the exclamation point on the game-winning sequence by stealing the ball with three seconds left. MSU beat Northern Arizona 58-53 on Saturday in Flagstaff, Arizona.

When the buzzer sounded, Adamu smashed the ball into the ground and flexed his biceps with his fists at his waist and screamed.

“He was obviously the difference the last five minutes of the game,” Bobcats head coach Danny Sprinkle said.

With the win, Montana State (9-3, 6-0 Big Sky) extended its win streak to seven. The Bobcats are now 6-0 to start conference play for the first time since 1986-87. MSU is next scheduled to face rival Montana on Thursday, and it’s been awhile since the Bobcats have had this kind of success heading into Missoula.

Sprinkle has repeated that MSU needs to make incremental progress as the season goes. Now the Bobcats are stacking weekend sweeps on top of each other.

“Our guys, they keep coming up with different ways to win games,” Sprinkle said.

Adamu scored MSU’s final eight points. The decisive two-minute stretch also included the key charge on Shelton and the steal at the end.

Adamu finished with 21 points on 9 of 14 from the field. Despite no other teammates scoring more than 10 points, the Bobcats stepped up defensively. They held NAU to 42% from the field and 1 of 7 on 3-pointers.

Bishop finished with 10 points and six assists. Sprinkle said his pass that set up Adamu’s final layup was the biggest play of the game. Though Bishop (24 minutes) and Jubrile Belo (17 minutes) battled with foul trouble, they played in the last few minutes. Their presence alone was a key factor.

“It opens up driving lanes,” Sprinkle said, “and really when you have Amin, Jubrile and X who can get the ball in the paint, they can all make shots and it makes it really hard to guard.”

Neither team found much offensive rhythm in the first half. Both teams looked sluggish at the start, and NAU led 26-25 at the break.

Before the game, Sprinkle spoke to his team about togetherness. He anticipated a close battle until the end. At halftime, he was encouraged by his players staying on task and calmly talking to each other about what they needed to do.

That’s the common theme he’s noticed throughout this seven-game win streak. No matter what, the Bobcats haven’t been rattled.

“That’s one thing I really like about this team is through some good and bad times, they stay together,” Sprinkle said. “They cheer for each other. I told them, I said, ‘It’s going to be a 40-minute game.’”

With Bishop and Belo on the bench, other Bobcats needed to step up. Receiving contributions from role players has been a strength of MSU this season.

“That’s why the team is where it is right now because we’re doing the little things,” Sprinkle said. “We’re doing the things that aren’t pretty. They’re not cute. That’s why when we’re not playing well offensively, we still give ourselves a chance to win games.”

With five minutes left, the two teams were tied at 46. Two days prior, MSU pulled away for an 11-point win. This time, the Lumberjacks didn’t go away.

The score was tied three times in the final 5:30. In the last two minutes, on back-to-back NAU possessions, Isaiah Lewis missed the front of a one-and-one free throw and a layup.

That set up Adamu’s heroics.

Sprinkle wanted his players to spend the rest of Saturday enjoying the win. They dedicate their lives to basketball for these moments.

Then it will be time to look ahead to MSU’s nemesis that’s won 19 of the last 20 rivalry matchups.

For the first time since 1986-87, Montana State is 6-0 to start Big Sky play. The Bobcats are scheduled to face rival Montana twice this week.