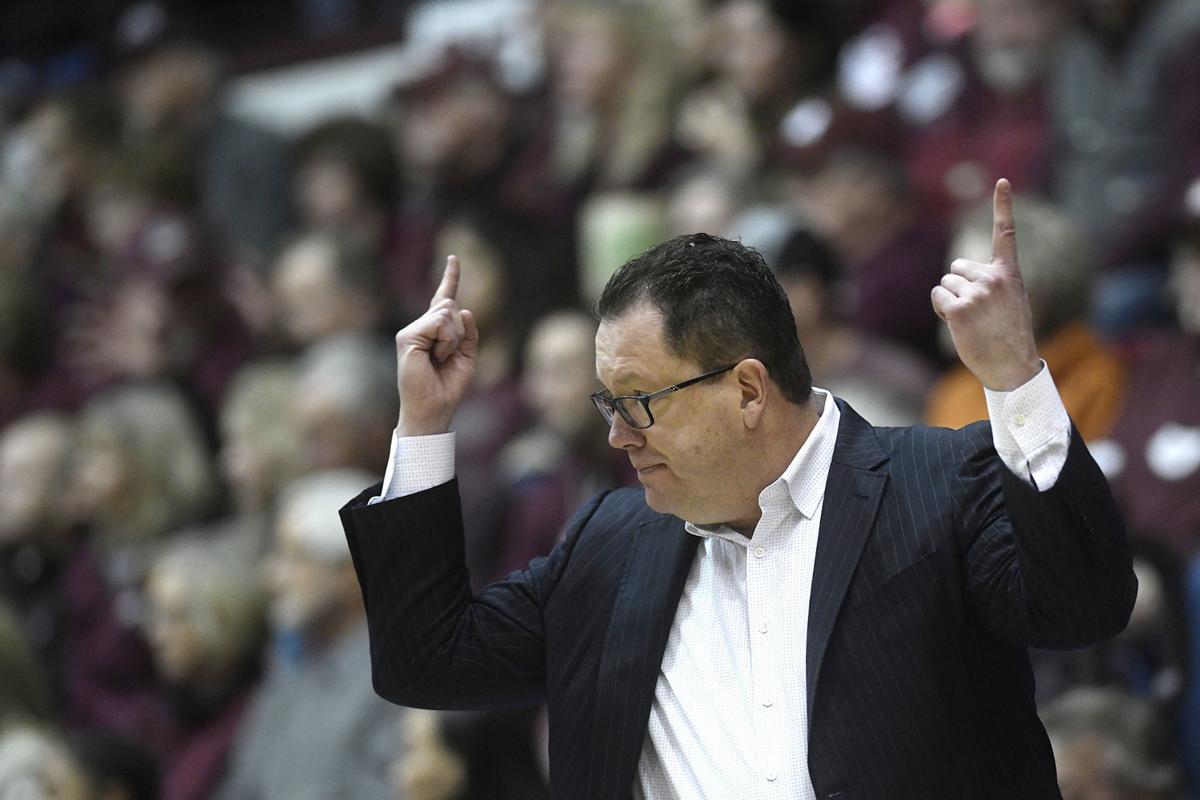 Montana State head coach Brian Fish instructs his players during a break in Saturday evening’s loss to the Grizzlies in Missoula. 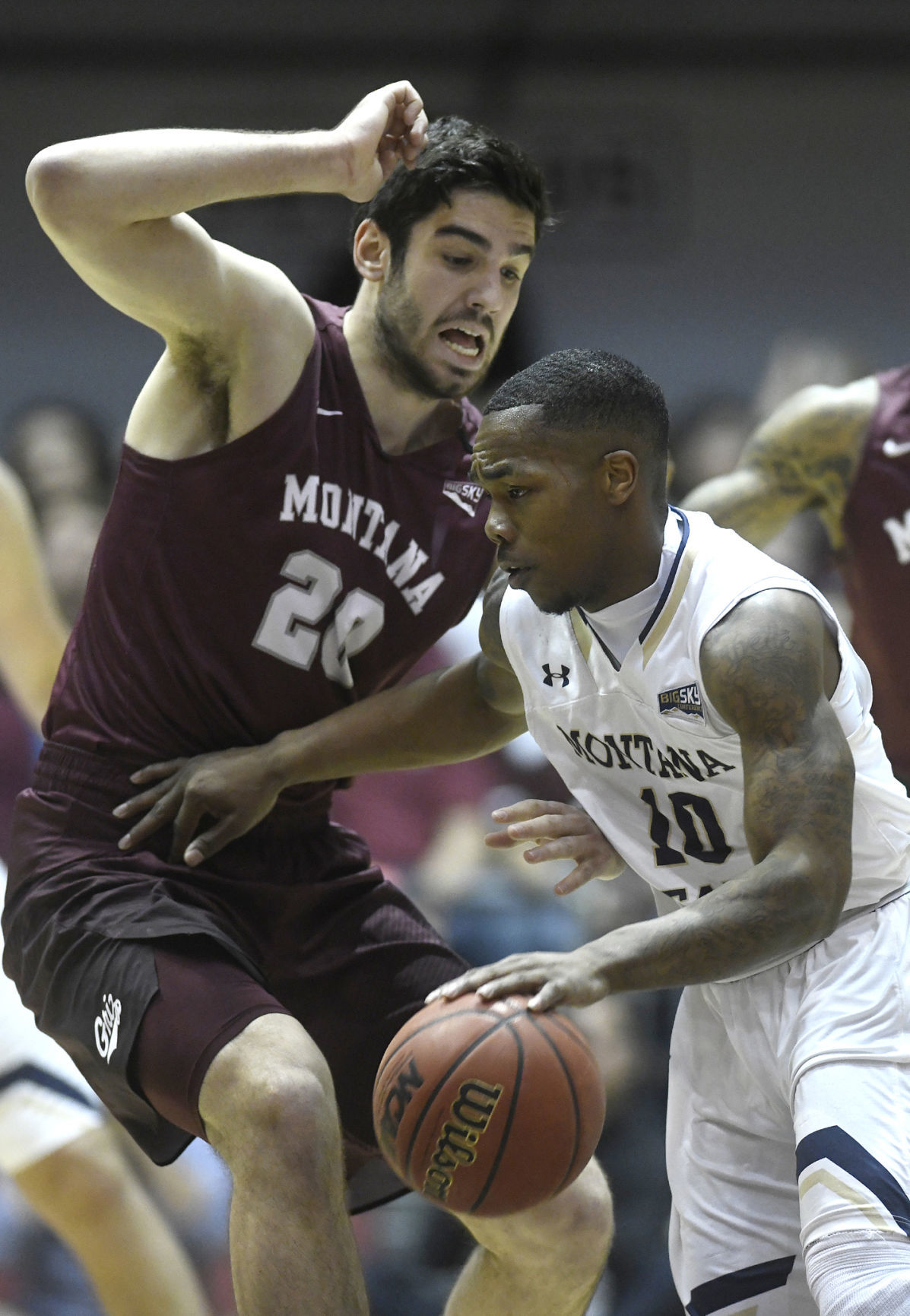 Montana State head coach Brian Fish instructs his players during a break in Saturday evening’s loss to the Grizzlies in Missoula.

Against an in-state rival that’s terrorized the Bobcats for years, MSU crumbled and Fish struggled to find an explanation after his team’s 90-63 loss.

“For whatever reason,” Fish said, “we couldn’t stick the ball in the hole tonight.”

“Obviously I’m one of the leaders on the team and I didn’t try to help anybody,” Hall said. “I didn’t try to get guys together and push through it. I got to do that more. It’s kind of been like that all season.”

“I think they’re taking it too hard there a little bit,” Fish added. “It’s five minutes after the game and they’re embarrassed that we lost and stuff like that. But at no time did I think our effort wasn’t good.”

Though this contest broke the tie in the all-time series, putting UM up 149-148, it’s been one-sided in recent memory. Save for a home win last season, the Grizzlies have won every time since 2011.

A month ago, UM sought revenge and accomplished the task with a 15-point thrashing.

The Grizzlies dominated by racking up 40 points in the paint. UM clinically broke down the Bobcats inside and on the other end by guarding aggressively. MSU missed 20 of 24 field goal attempts in the second half, its worst offensive half of the season.

The same happened this time. MSU scored 21 in the opening half, its third fewest points in a half this season, and resembled the team that put up 19 in the second half the last time these two played. The Bobcats shot 25 percent and hit only one 3-pointer.

Keljin Blevins posted up with three minutes remaining and dished a pass toward the top of the key directly into Timmy Falls’ hands. Blevins immediately dropped his head and stood in place. Falls sped down court and Blevins could only trail behind — like the Bobcats did all night.

Falls finished the possession with a layup and drew a foul that triggered a media timeout. He sauntered to the Grizzlies’ sideline and later swished the ensuing free throw. The sequence helped spark a 16-2 run entering the break to put UM up 16.

“You start to miss shots, it just wears you down,” Fish said.

In desperate need of a spark, Frey penetrated with 15 minutes left. He tossed a pass to a cutting Zach Green, but the ball rocketed off Green’s head and out of bounds. Instead of cheering for the takeaway, UM’s fans chuckled. The Grizzlies led by 19.

As MSU floundered, UM flourished. The Grizzlies scored 46 in the paint and shot 53 percent.

“We knew that if our offense was clicking ... it was potential for a blowout,” UM guard Michael Oguine said.

The loss sinks MSU further in the Big Sky standings. With two games remaining before the conference tournament, the best the Bobcats can do is finish seventh. A season that began with expectations of competing for a league title has unraveled in the past month. The second defeat at the hands of the Grizzlies served as the exclamation.

When 10 minutes remained, Sayeed Pridgett lofted a pass that fluttered through the air. Karl Nicholas plucked it above the rim and slammed it down to whip the crowd into a frenzy. Montana led by 27 and was not letting up.

Moments later, Bobby Moorehead intercepted a pass and dribbled alone in transition. A hush of anticipation spread through the arena. Moorehead leaped and lifted the ball in his right hand.

Another exhilarating play to energize a sold-out crowd.

Another dominant Grizzlies performance against the Bobcats.