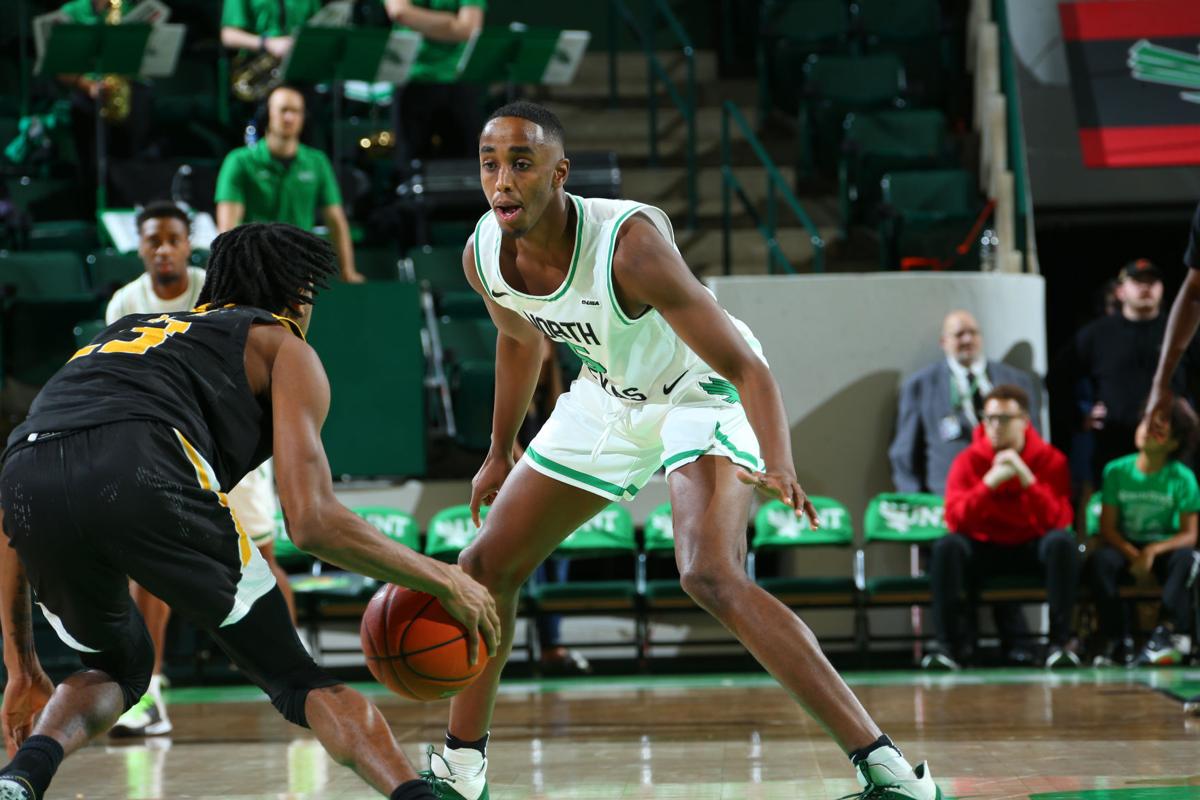 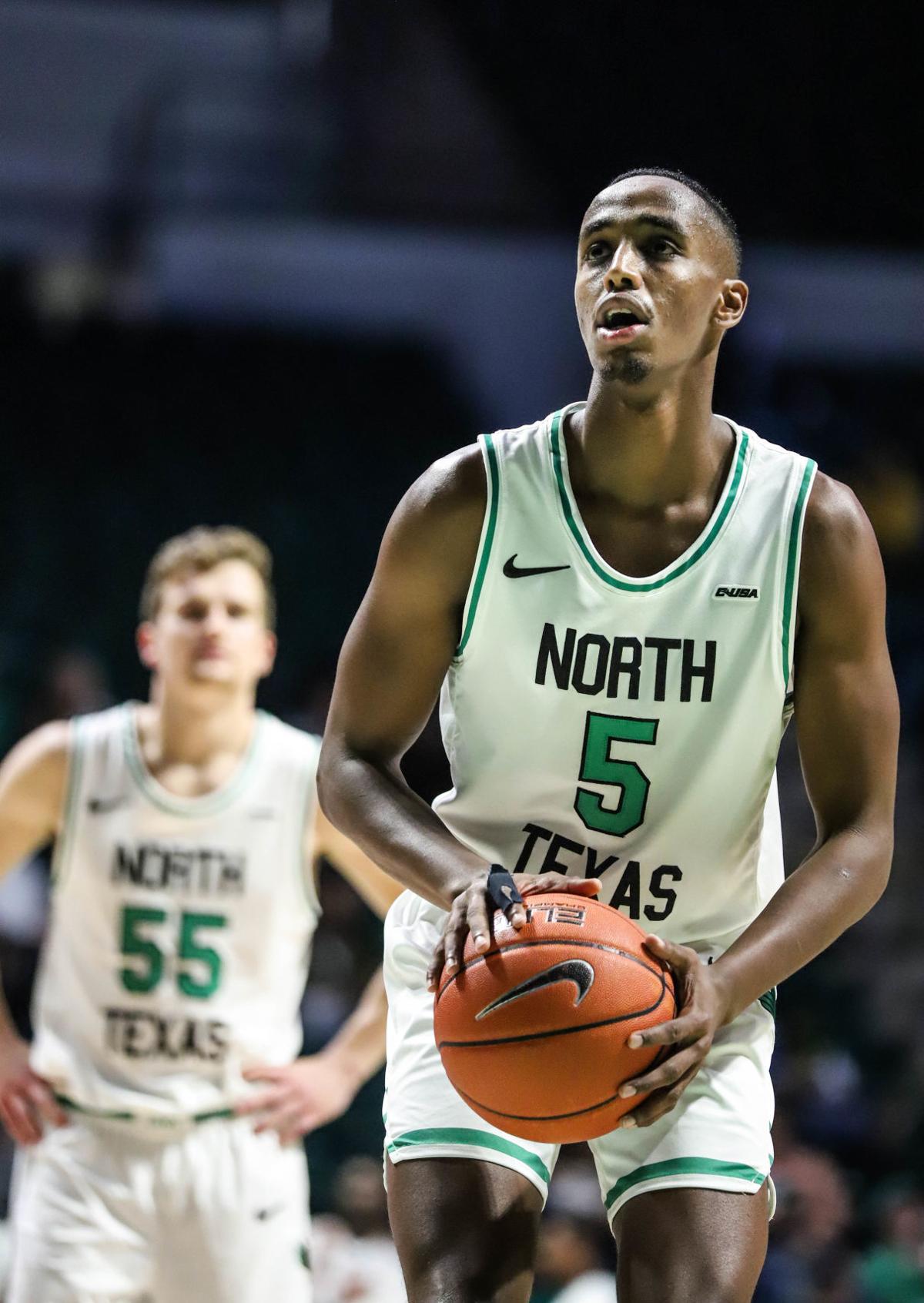 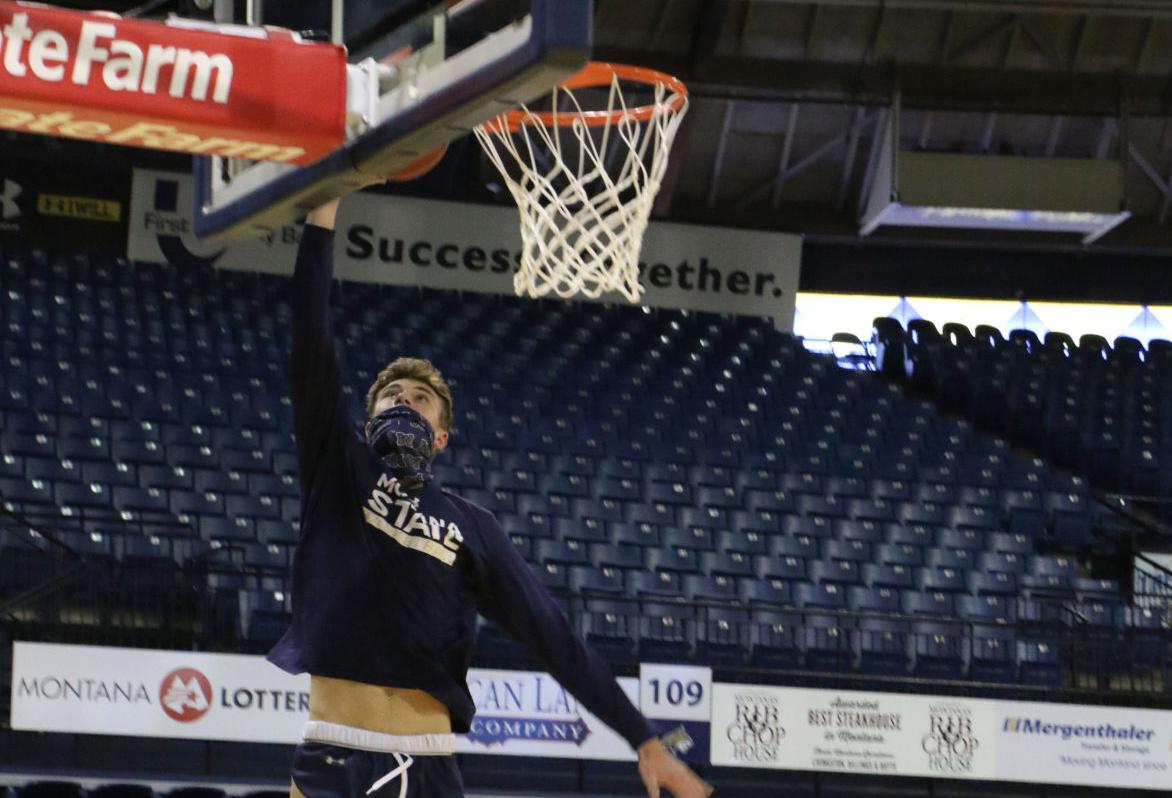 Montana State guard Tyler Patterson jumps for a layup during a July 20 practice at Worthington Arena. 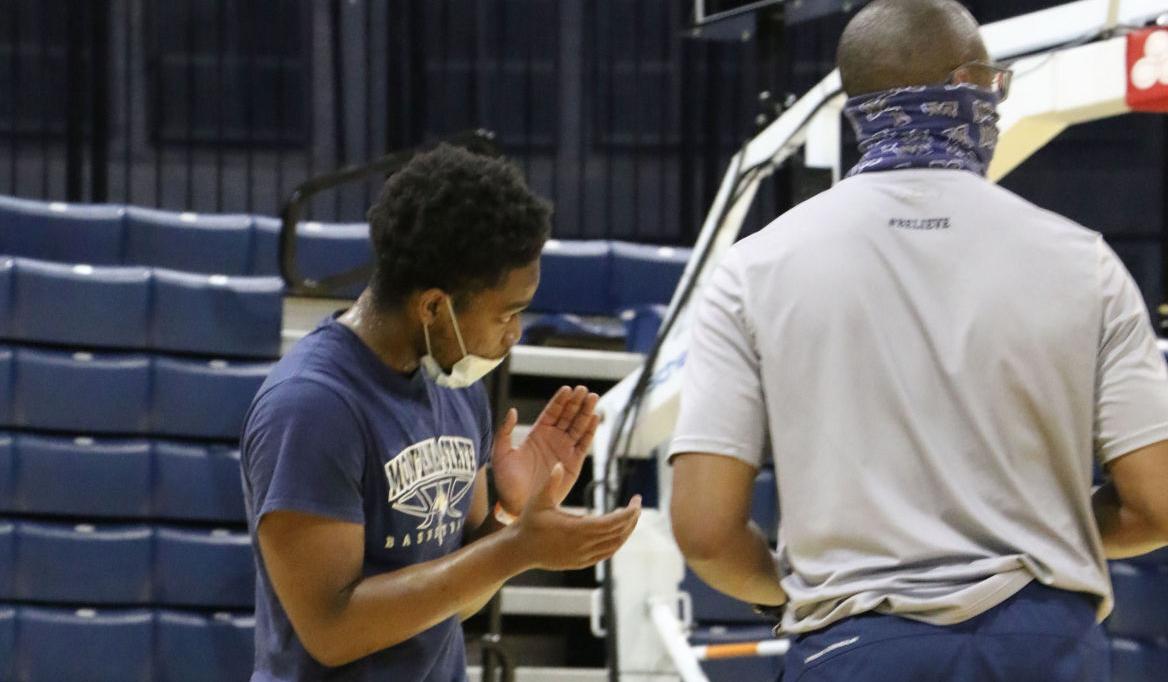 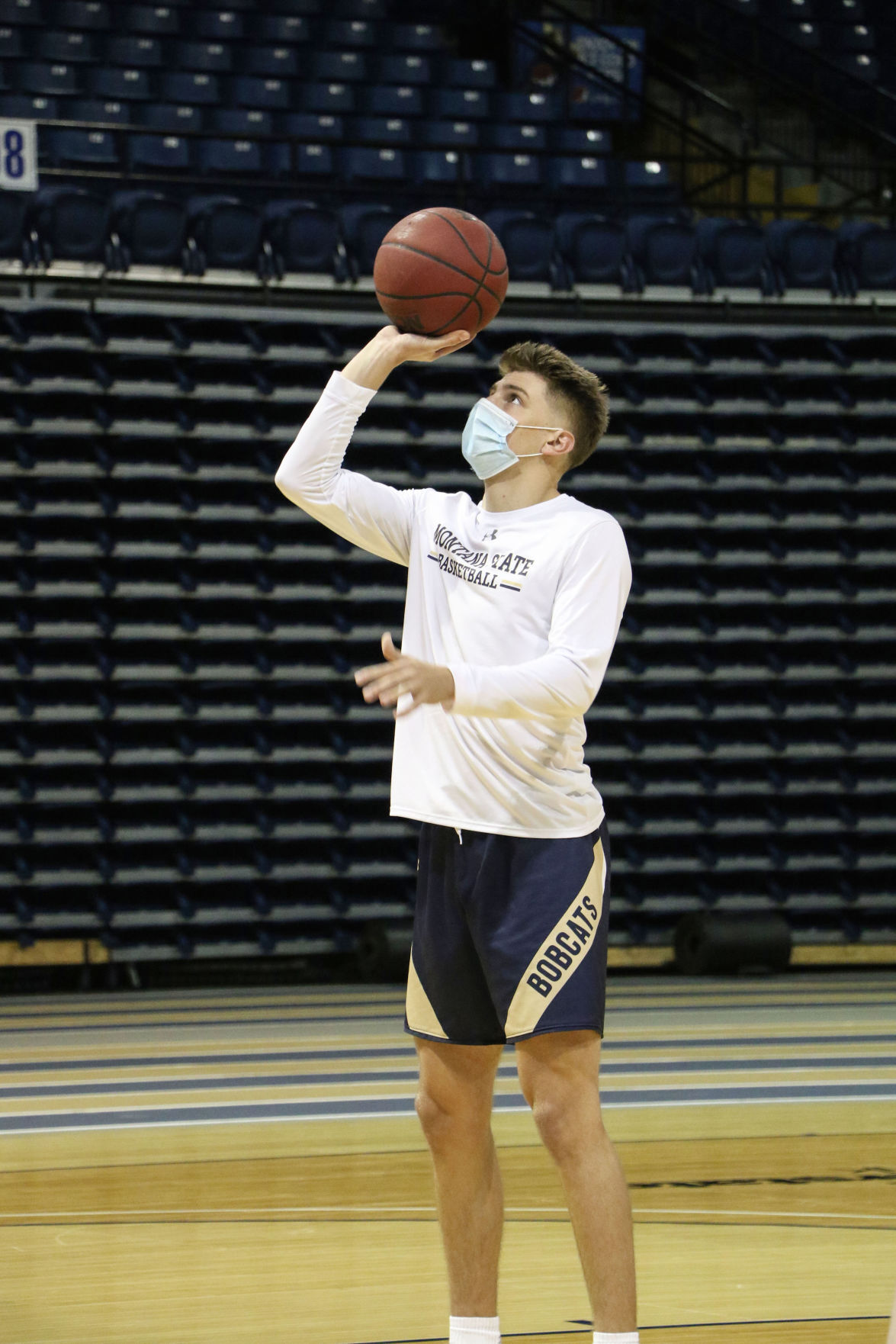 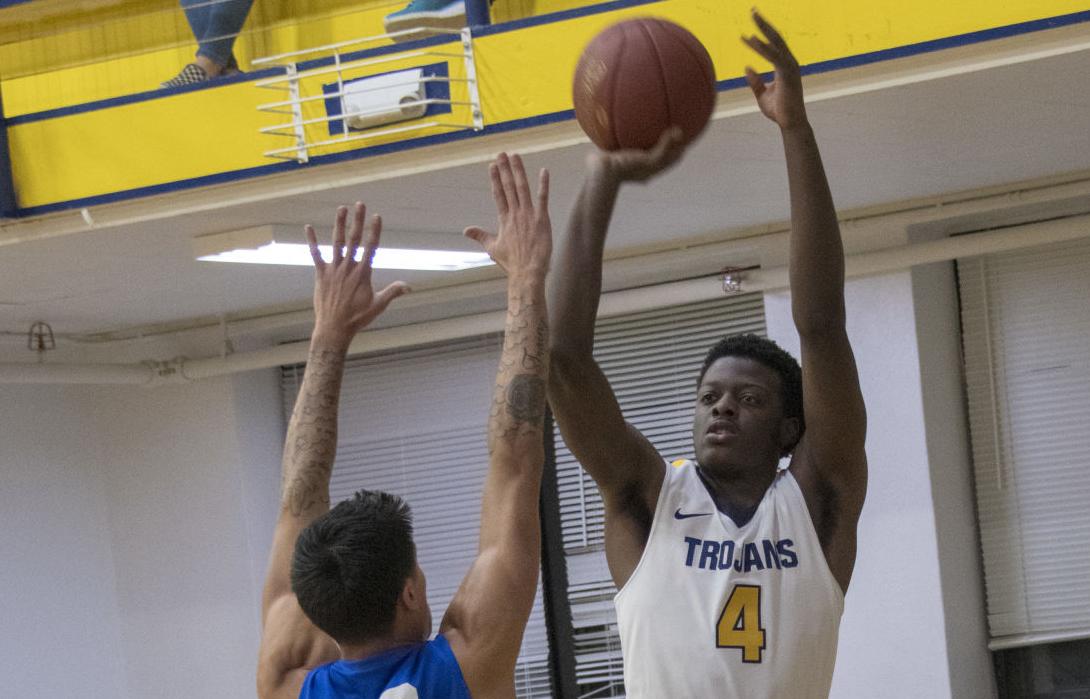 Montana State guard Tyler Patterson jumps for a layup during a July 20 practice at Worthington Arena.

The Bobcats brought in seven players this year consisting of four transfers, two freshmen and a walk on. Despite an unusual offseason and limited practice time this preseason, MSU is set to begin the year Wednesday at UNLV.

Sprinkle said earlier this week it’s been challenging to evaluate players because of missing players in practice, mostly due to coronavirus contact tracing.

“We’re going to have to take the next month and a half up until New Year’s and play some games and see who plays when the lights are on,” Sprinkle said.

The 6-foot-7 graduate transfer wing from North Texas comes to MSU with the potential to contribute immediately.

Though Abdul Mohamed redshirted in 2018-19, his first season at UNT, and only averaged 4.8 minutes in 15 games last season, he was previously an NJCAA third-team all-American while playing at Gillette College, a junior college in Wyoming.

Sprinkle has said he can play the 2, 3 or 4 positions and his length allows him to be a disruptive defender. Combined with his growing offensive game and experience from the Mean Green’s Conference USA regular season championship last year, Mohamed provides the Bobcats with an extra dimension.

“He’s improved drastically since the summer,” Sprinkle said. “He’s long. Pretty good athlete. When he’s playing with some pace and playing hard, he causes a lot of problems because he gets his hands on a lot of balls. Hopefully he can continue to progress.”

Tyler Patterson, a 6-foot-8 freshman guard from Snoqualmie, Washington, has been the Bobcats’ best shooter in practice, Sprinkle and teammates have said.

Patterson projects as a shooting guard, and since the Bobcats lost Ladan Ricketts (graduation) and Mychael Paulo (transfer) in the offseason, there’s an opportunity for playing time.

On the defensive end, Patterson’s length and basketball intelligence — two things Sprinkle has complimented — give him an edge for minutes early in his career.

As a senior at Mount Si (Washington) High School, Patterson was part of a 4A state championship team. He averaged 15.9 points and 4.1 rebounds while shooting 47% from 3. Sprinkle described him as having “tremendous upside.”

“Tyler Patterson’s had some really good moments shooting the basketball,” Sprinkle said. “He’s one of those guys I think is going to just get better the more he plays at this level.”

Hood was an NJCAA all-American honorable mention last year. He set CSI’s single-season scoring records with 705 points and an average of 22.7 points per game.

Hood could be considered a combo guard, a valuable asset considering MSU will need to replace point guard Harald Frey, who graduated. Xavier Bishop, who sat out last season because of transfer rules, is most likely to take over, but it’s unknown if he’ll play 36 minutes per game the way Frey did.

“Mike Hood can really score,” Sprinkle said. “He’s really working on other parts of his game, but the one thing I know he can do is put the ball in the basket. He can do it at a high level.”

At Jacksonville, Gazelas prioritized ball-handling because that would help him reach the Division I level. The move paid off, and now he bolsters a backcourt tasked with replacing Frey, Ricketts and Paulo.

“It seems like when we do drills, he just blends in. But when all of a sudden we go five-on-five, he’s one of those guys, he’s an ultimate competitor,” Sprinkle said. “He can really shoot the basketball too which will benefit us.”

Freshman Kellen Tynes is in line to back up Bishop at point guard. When he signed with MSU in the spring, Sprinkle said he wants Tynes to learn from the fifth-year senior.

The 6-foot-3 Tynes is a Nova Scotia, Canada, native and spent his last two years playing at Rothesay Netherwood School in New Brunswick. As a senior, Tynes averaged 22 points, 7.2 rebounds and 6.1 assists. As a junior, he averaged 29 points, 8.4 rebounds and 4.1 assists.

He was twice named defensive player of the year in his high school’s league.

“Kellen Tynes is going to be a really good player,” Sprinkle said. “He can really defend. He’s come along offensively, too. He’s shown some flashes.”

Like Patterson, though, Sprinkle has referred to Tynes as “a typical freshman” who needs game experience to make bigger strides.

Due to injury, Bilal Shabazz hasn’t practiced often this preseason, another reason Sprinkle has struggled to figure out how different pieces might come together.

As a 6-foot-8 forward, he gives the Bobcats another possibility at power forward behind Borja Fernandez. Toward the end of his freshman year last season, Fernandez gained more playing time. Entering this year, senior Devin Kirby is likely to play more often at center than power forward because Fernandez shot 37% from 3 last season and can help spread the floor better.

Shabazz used two years of eligibility at Trinidad State (Colorado) Junior College. As a sophomore, he averaged 12.3 points, 6.1 rebounds and 15.2 minutes per game. Shabazz made 140 of 375 (37.3%) 3-point attempts in two seasons at junior college.

While Fernandez might be better in the post, Sprinkle said, Shabazz can help with spacing and use his athleticism to attack the rim. The key, though, is Shabazz similarly projects as a capable shooter.

Bozeman native Carter Ash could receive a chance, especially if the rest of the roster is affected by COVID-19 protocols. The 6-foot, 165-pound walk on averaged 14.7 points and 6.4 rebounds as a senior at Bozeman High last year.

The Bobcats haven’t even scrimmaged full court in practice in the last six weeks because players have constantly been in and out of practice due to coronavirus-related protocols.