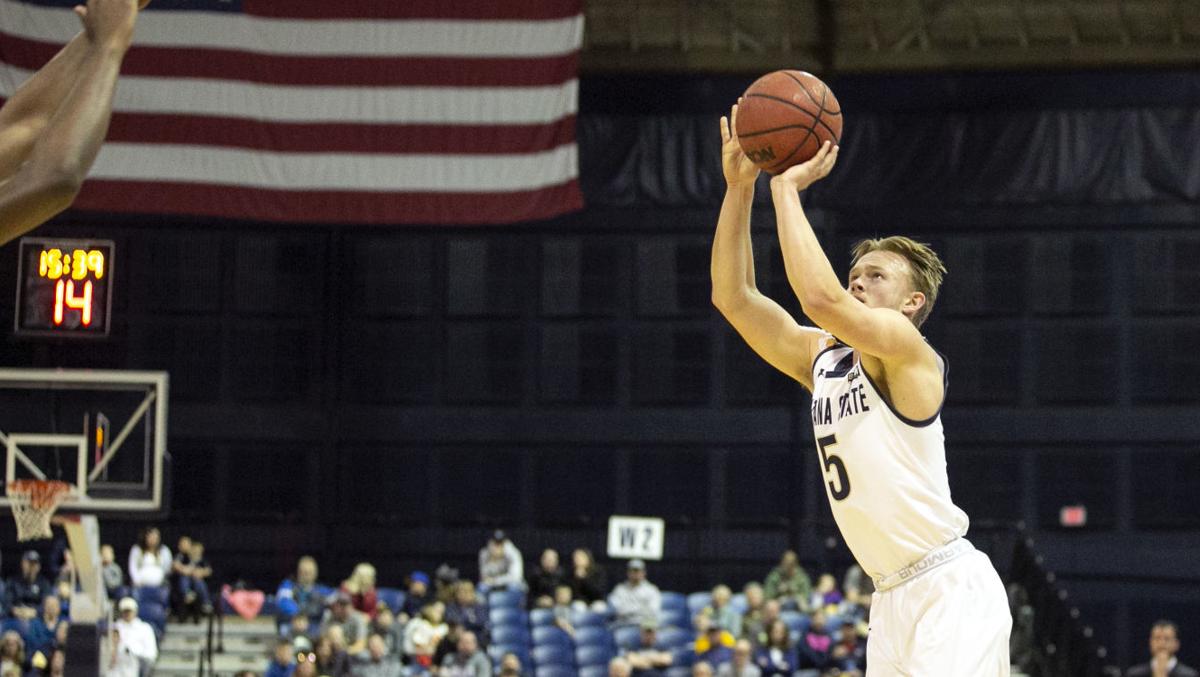 Montana State senior Harald Frey takes a 3-pointer during a game against Portland State on Saturday at Worthington Arena. 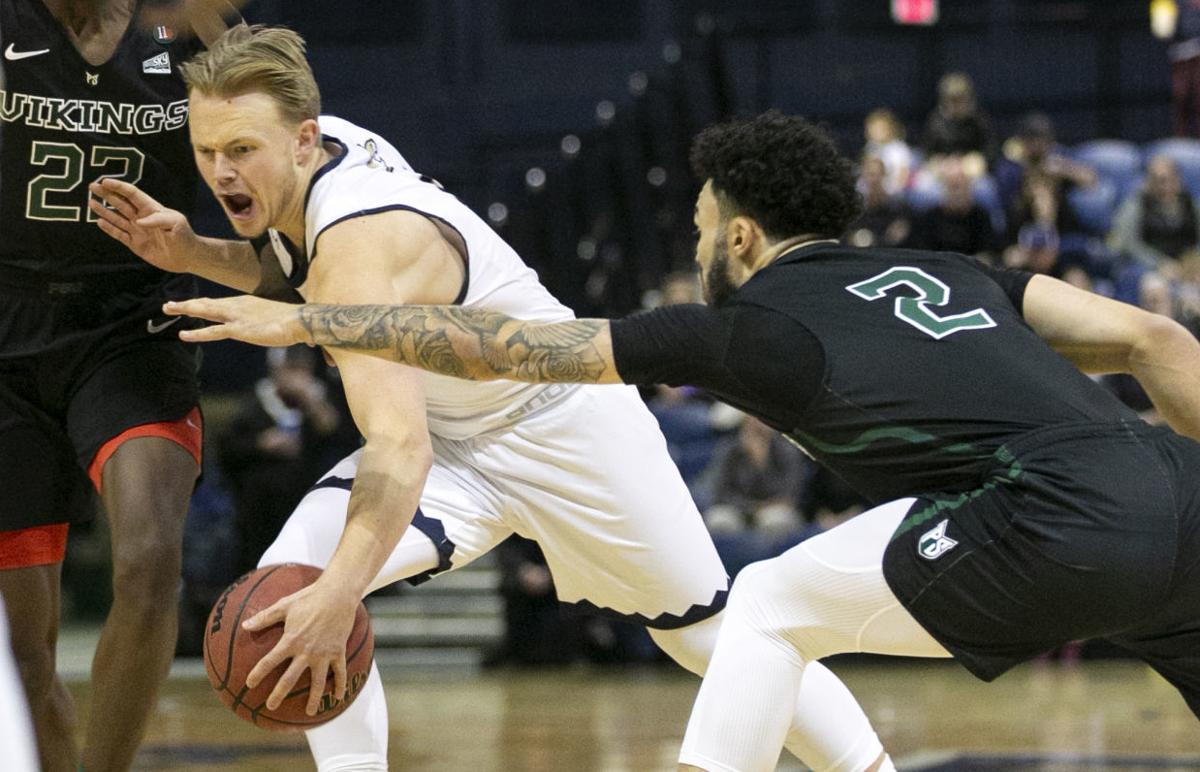 Montana State senior Harald Frey dribbles between a pair of defenders during a game against Portland State on Jan. 11 at Worthington Arena.

Montana State senior Harald Frey takes a 3-pointer during a game against Portland State on Saturday at Worthington Arena.

Montana State senior Harald Frey dribbles between a pair of defenders during a game against Portland State on Jan. 11 at Worthington Arena.

Harald Frey began to backpedal and rolled his left ankle. He fell to the ground and limped off the court with 18 minutes remaining. Montana State was never the same once he exited the game.

The Bobcats lost 87-77 at Portland State on Thursday and played the final portion of the game without their unquestioned go-to star and preseason all-conference selection. Without its usual primary ball-handler, MSU (14-12, 8-7 Big Sky) struggled against the Vikings’ full-court press, and the Bobcats couldn’t settle into a rhythm. They committed 17 turnovers and allowed the Vikings to shoot 52% from the floor.

“Huge,” Sprinkle said of the difference without Frey. “Obviously he has the ball in his hands a ton in our offense and keeping everybody kind of in control.”

Frey leads MSU in scoring, assists and minutes. Sprinkle recently said he wasn’t worried about resting Frey, who has played close to as many minutes as anyone in the conference. He’s repeatedly praised Frey for his preparation to keep his body ready to take the physical toll he usually does game in and game out.

Thursday’s injury didn’t appear to come as a result of anything other than a misstep, not caused by any physicality from an opponent or wear and tear developed over time.

The Bobcats plan to fly back from Portland on Friday before hosting rival Montana on Saturday. When MSU faced the Grizzlies three weeks ago, Frey scored 37 points. A key theme throughout the Bobcats’ season has been their effort to find contributors in addition to Frey.

At the end of Thursday’s game against Portland State, MSU had to figure out what to do without Frey on the court.

“It put us in some uncomfortable positions, and it made some guys step up,” Sprinkle said. “I was proud of how some of the guys played.”

The Bobcats led by as many as seven points late in the first half, but the lead quickly dwindled. As soon as Frey subbed out, the Bobcats were forced to call timeout as they were flustered by PSU’s press. Then backup guard Mychael Paulo lost control of the ball and committed a turnover. Paulo handled MSU’s point guard duties down the stretch, but the Bobcats weren’t the same.

Frey watched on the sideline with ice on his left ankle. He spoke to teammates during timeouts. But he couldn’t make anywhere near the difference he could have had he been healthy. He finished with six points on 2-of-6 shooting with four assists and two rebounds. But his absence late was vital.

The Bobcats trailed by six when Frey subbed out and ultimately lost by 10. They never led in the second half.

Sprinkle said not having Frey provided a positive opportunity for other players like Paulo and Amin Adamu, who he complimented for stepping up. Paulo finished with 11 points while Adamu added 21.

Now MSU has only one day in between its upcoming rivalry rematch.

“We got to let this loss marinate until about midnight and then we got to rinse it off just like any other loss,” Sprinkle said. “We got to get back at it tomorrow. We got to get better tomorrow and then worry about Saturday on Saturday.”