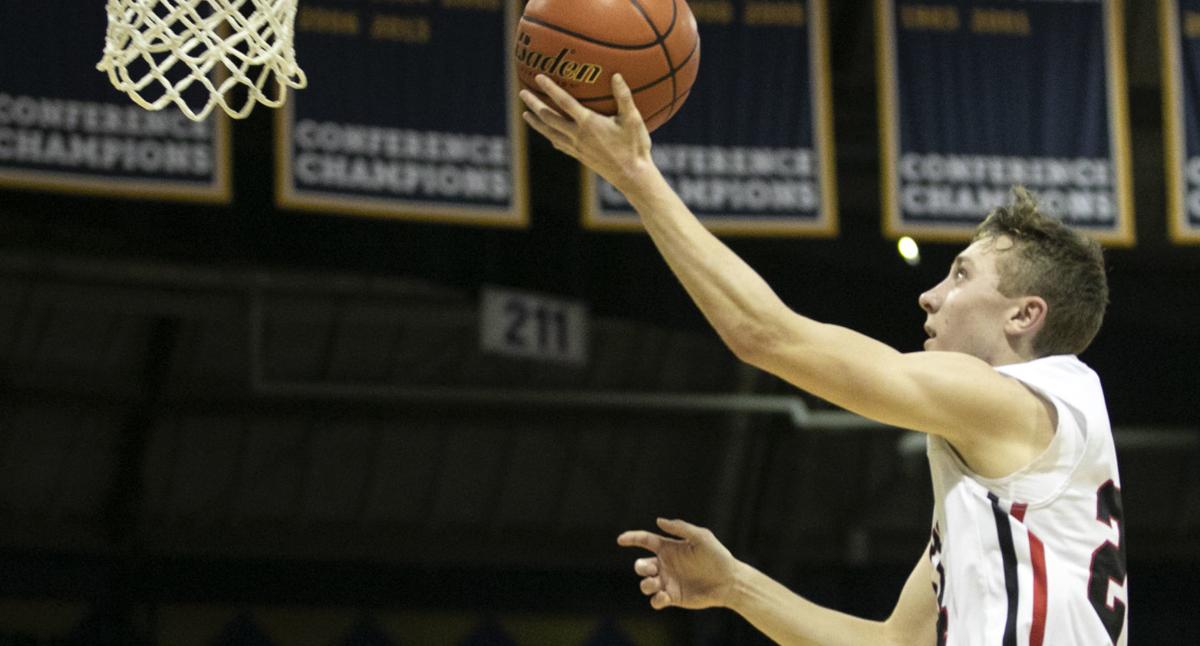 Bozeman senior Carter Ash goes up for a layup against Missoula Hellgate during a Class AA quarterfinal on March 12 at Worthington Arena. 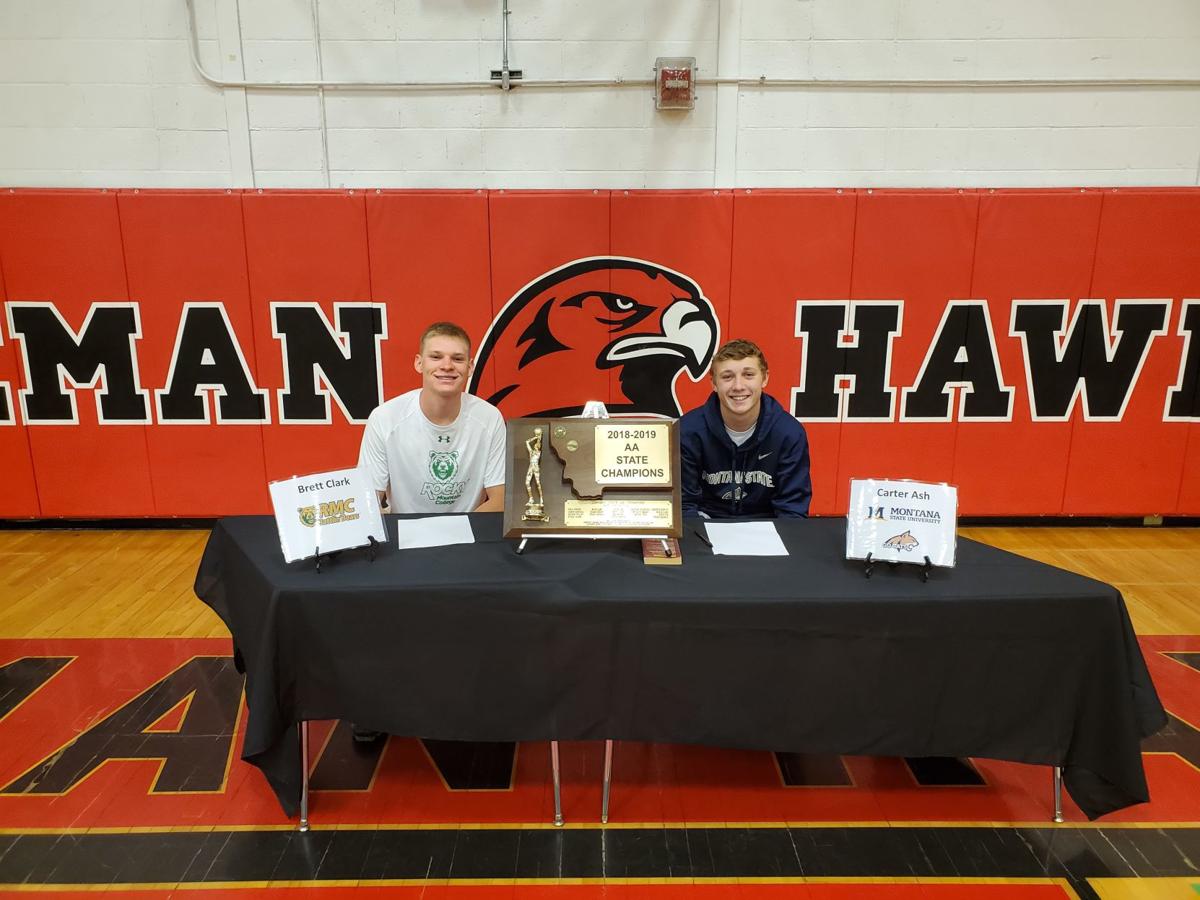 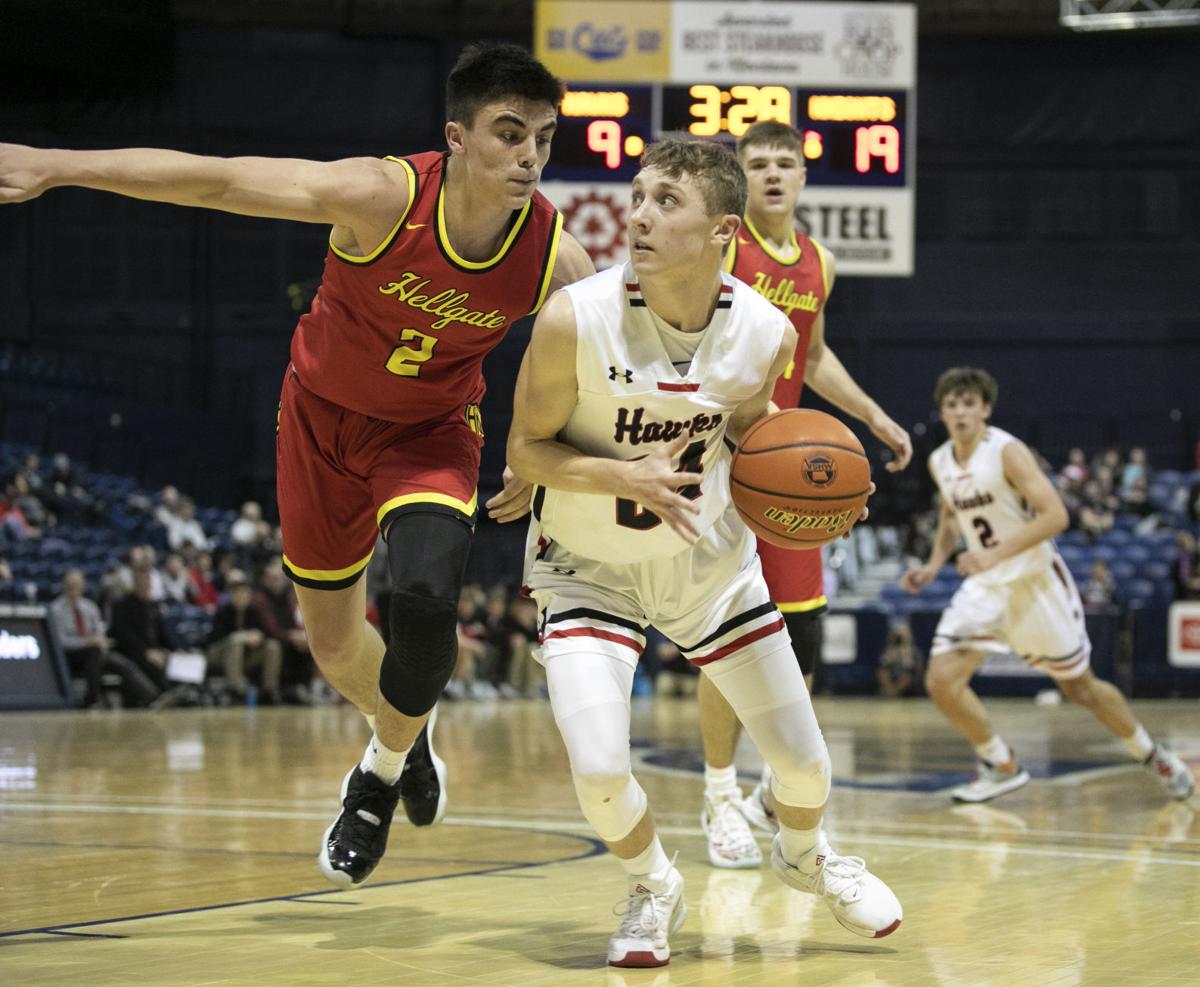 Bozeman senior Carter Ash looks for an option against Missoula Hellgate during a Class AA quarterfinal on March 12 at Worthington Arena.

Bozeman senior Carter Ash goes up for a layup against Missoula Hellgate during a Class AA quarterfinal on March 12 at Worthington Arena.

Bozeman senior Carter Ash looks for an option against Missoula Hellgate during a Class AA quarterfinal on March 12 at Worthington Arena.

Carter Ash had his options.

He could have chosen Montana Tech or Carroll and played football. He considered Washington, Arizona, Utah or Denver and not playing sports.

Or he could stay in Bozeman, play for the team he grew up watching, and remain near his family. That’s ultimately what he decided when he picked Montana State, where he’ll join the men’s basketball team.

“It’s crazy exciting,” Ash said. “Getting an opportunity to play for that team that I’ve always loved is pretty incredible.”

The 6-foot-1 Ash will walk on at MSU and be the first player from Bozeman to play for the Bobcats since Casey Durham finished his career in 2008.

He announced his commitment via Twitter on Wednesday and held a signing event Thursday at Bozeman High School alongside teammate Brett Clark, who signed to play at Rocky Mountain. On the final play of overtime in the 2019 Class AA championship game, Ash sent the pass to Clark, who made the game-winning layup.

As a senior for the Hawks this past year, Ash averaged 14.7 and 6.4 rebounds, ranking eighth and ninth, respectively, in Class AA. He also averaged three assists and 1.8 steals per game, proving to be a key piece in a variety of areas.

On Bozeman’s state championship football team in the fall, Ash caught 40 passes for 698 yards and eight touchdowns. He scored two touchdowns off his nine interceptions and returned four punts for touchdowns.

“I’m super excited for him to get the opportunity to go prove himself,” Hawks head coach Wes Holmquist said. “When I think of Carter, he’s just a winner. The kid can do anything he sets his mind to. He’s just such a well-rounded young man.”

After his senior football season in the fall ended with a state title, Ash gave that sport more thought. But over time, he considered what he really wanted.

He took academics into account and examined his passions. In addition to playing basketball, Ash plans on studying pre-med in MSU’s honors college.

“I think that basketball just has always been my first love,” Ash said. “I always just practiced and worked more at basketball. If you asked me what my favorite sport is, usually I’d say basketball. It’s just a gut feeling to go with what I always loved.”

Very excited to announce that I will be going to Montana State next year to continue my studies and basketball career. Go Cats!!😼😼 pic.twitter.com/z4oPrY1kvi

Both of Ash’s parents went to Montana State, and his older brother will be a senior next year. He said those connections to the school weren’t as much of a factor as being able to live in the same town he grew up in and remaining close to his family.

Ash attended the Bobcats’ camp last summer, gained a feel for the coaching staff and appreciated coaches’ “high energy.” He thought he’d fit in well with their emphasis on constant competition.

“No matter what, my role is that I’ve got to compete and I think I have the same role as everyone out there,” Ash said. “That’s to do what I can to make the team better.”

Ash joins Billings’ Jesse Owens and Miles City’s Gavin Gundlach as walk-ons for the Bobcats. Those three plus Manhattan’s Caleb Bellach make four Montanans on the roster and 16 players total.

MSU head coach Danny Sprinkle has said he likes having that many players. When at least 15 practiced at once last season, the Bobcats occasionally split into three teams of five and rotated playing against each other.

Now Ash will get his turn.

“I’m just really excited about this,” he said.