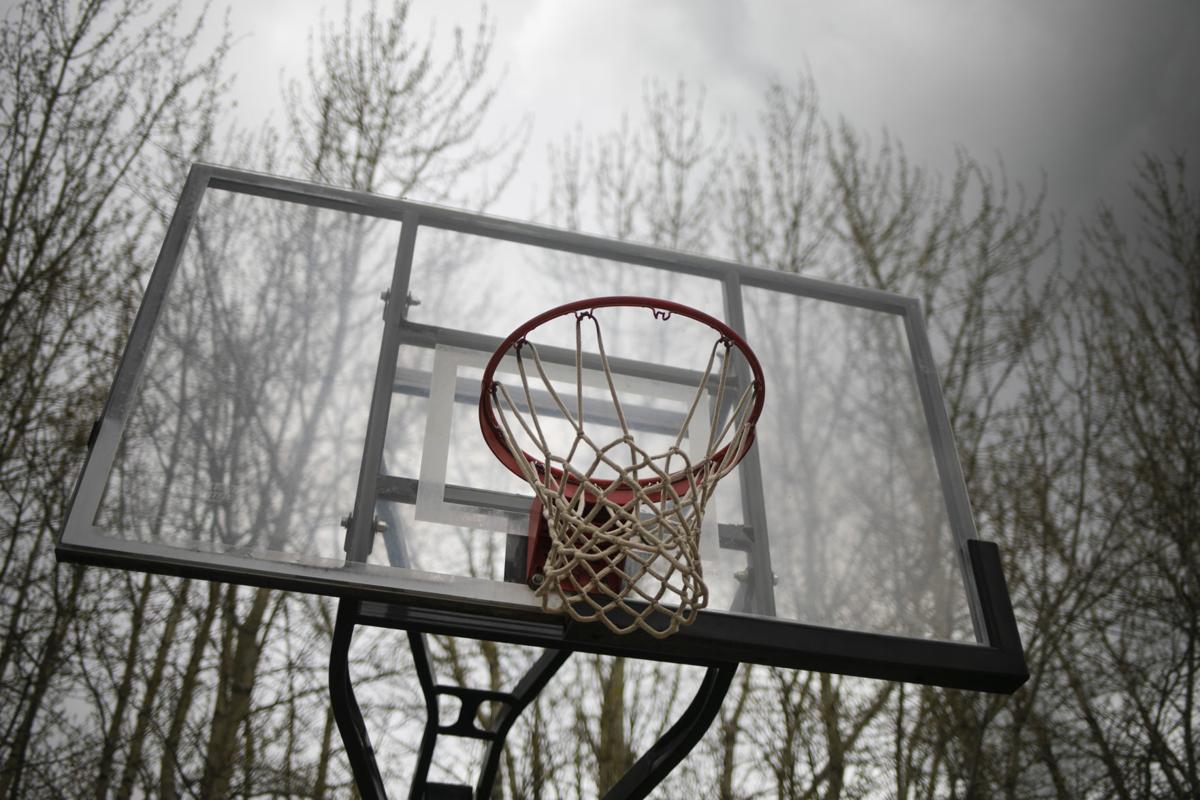 A basketball hoop stands Wednesday at Bozeman Pond in Bozeman. 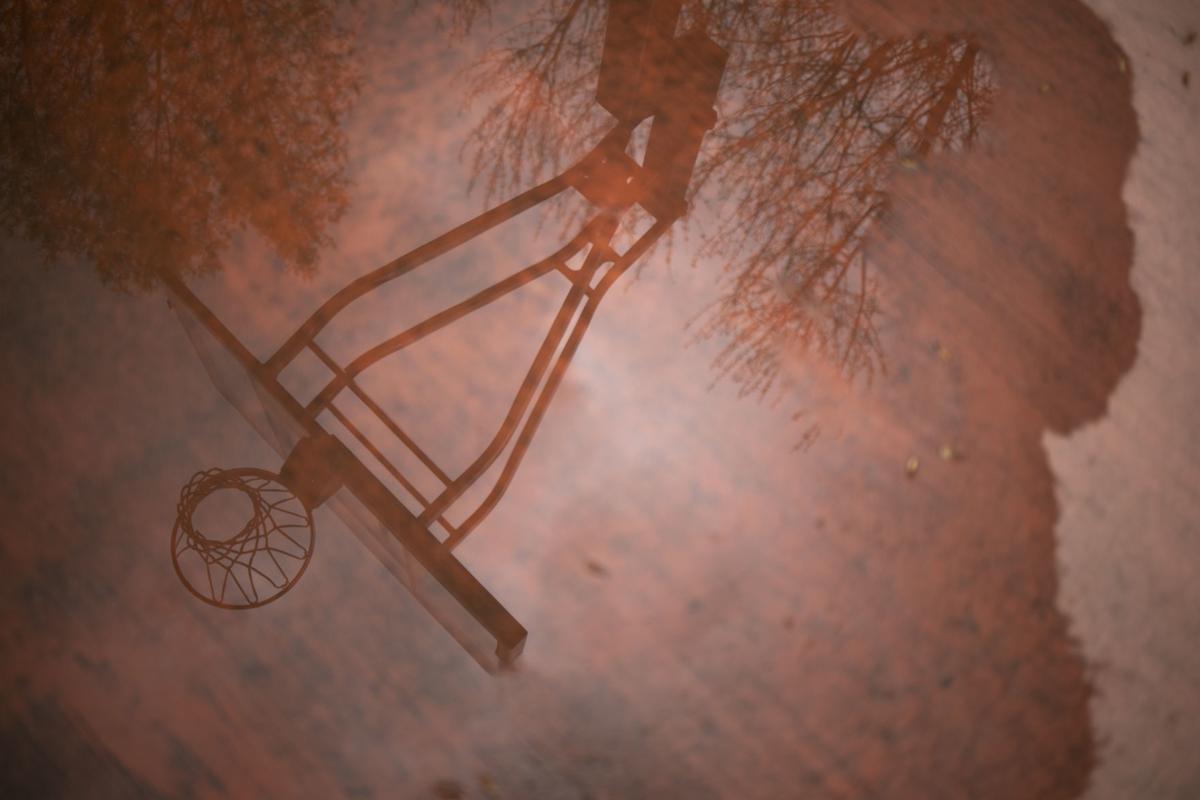 Local basketball players have resorted to shooting at outdoor courts during the coronavirus pandemic. 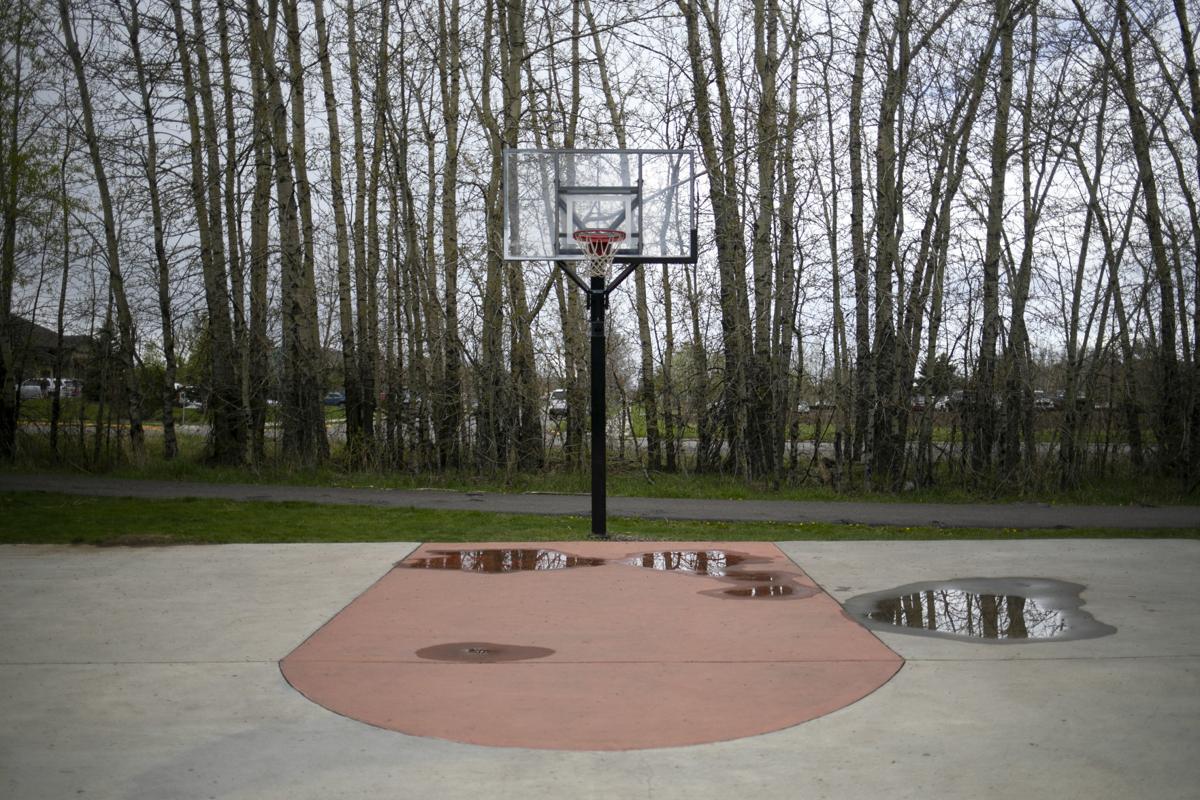 A basketball hoop is unused Wednesday at Bozeman Pond in Bozeman.

A basketball hoop stands Wednesday at Bozeman Pond in Bozeman.

Local basketball players have resorted to shooting at outdoor courts during the coronavirus pandemic.

A basketball hoop is unused Wednesday at Bozeman Pond in Bozeman.

Caleb Bellach could hop in his car, drive for about 30 seconds and arrive. Or he could go for a walk with his dog, Bobbi Jo, while dribbling his basketball.

Either way, he’ll make the short trip from his house to the basketball court at Manhattan Christian School and begin his workout. It’s different than what he was used to, working out indoors, in gyms, with glass backboards and sleek hardwood courts.

“I definitely take for granted being able to go to the gym whenever you like,” said Bellach, a Montana State rising sophomore guard. “This made me realize that.”

Gyms in Bozeman have been closed since the middle of March due to the coronavirus. While they’re allowed to open throughout the state as early as Friday, the past two months have taught a lesson to local hoopers. The situation has forced them to practice outdoors, which can’t quite replicate the quality of a workout in a gym.

But the outdoor hoops give players the opportunity to keep playing and working on their individual games, making the most of their time despite the closures.

“It is kind of funny,” MSU men’s basketball head coach Danny Sprinkle said, “because kids, they’re so spoiled nowadays if they don’t have a glass backboard, it’s air conditioned and inside, they don’t want to work.”

Hours before games this past season, Bellach performed dribbling drills with assistant coach Dan Russell. Since the offseason began, Russell has sent Bellach videos of drills to do on his own, which have often been performed in Bellach’s driveway or at the court where he went to high school.

Bellach has also played with his younger sister while working on his shooting, ball-handling and overall strength. The setup is “a lot nicer” in a gym, Bellach said. But he’s grateful just for the chance to have somewhere to play, unlike teammate Borja Fernandez, who could “hardly leave his house” in Spain.

Plus, when he works out in a gym, Bobbi Jo doesn’t get the chance to watch him.

Clark, a senior with the Hawks this past winter, recently signed to play collegiately at Rocky Mountain in Billings. So his top priority is maintaining the progress he made throughout high school.

After playing football and basketball, he’s looking forward to focusing only on one sport. He enjoyed taking some time off from training after the season ended, but he prefers to always have something to do.

Clark’s typical previous workout would mostly center around taking as many shots as he can. So now, when he’s not watching ESPN’s “The Last Dance” documentary series about Michael Jordan and the 1990s Chicago Bulls, Clark has been shooting on his Spalding hoop. It has a smaller backboard and is a little crooked, but he called it “pretty nice” for an at-home basket.

“The hoop is kind of different than the normal hoop, and my driveway is a little slanted,” Clark said. “That kind of stuff weighs in. Kind of annoying and frustrating, but I work with it.”

Addi Ekstrom, a junior on Bozeman’s girls team this last season, said she’s never had more free time in her life. She’s also watched “The Last Dance” and has tried to maximize the time to improve her individual skills, since she’s considering playing basketball in college.

Ekstrom plays soccer in the fall and runs track in the spring, so even though she misses her teammates, she wants to make the best of the situation. She often shoots on her stand-up hoop, which can be wheeled around and held in place with sandbags.

If the weather isn’t optimal, Ekstrom works on ball-handling in her garage. Otherwise, her father will rebound for her or she’ll use a rebounding net that rolls the ball back to her.

“It’s definitely taken me back to just some street ball in my old neighborhood with my brother. We’d play one-on-one. My family, we always did family basketball,” Ekstrom said. “I feel like it’s a good time to go back to your roots a little bit and kind of remember what you used to do before you were at a nice facility or a nice gym.”

Like all aspects of life, new strategies used under current conditions may stick around after the pandemic ends. So even though the driveway hoops aren’t perfect, they’re better than nothing.

“I don’t even know how many kids have hoops in their driveways any more,” Sprinkle said. “There needs to be more of it.”