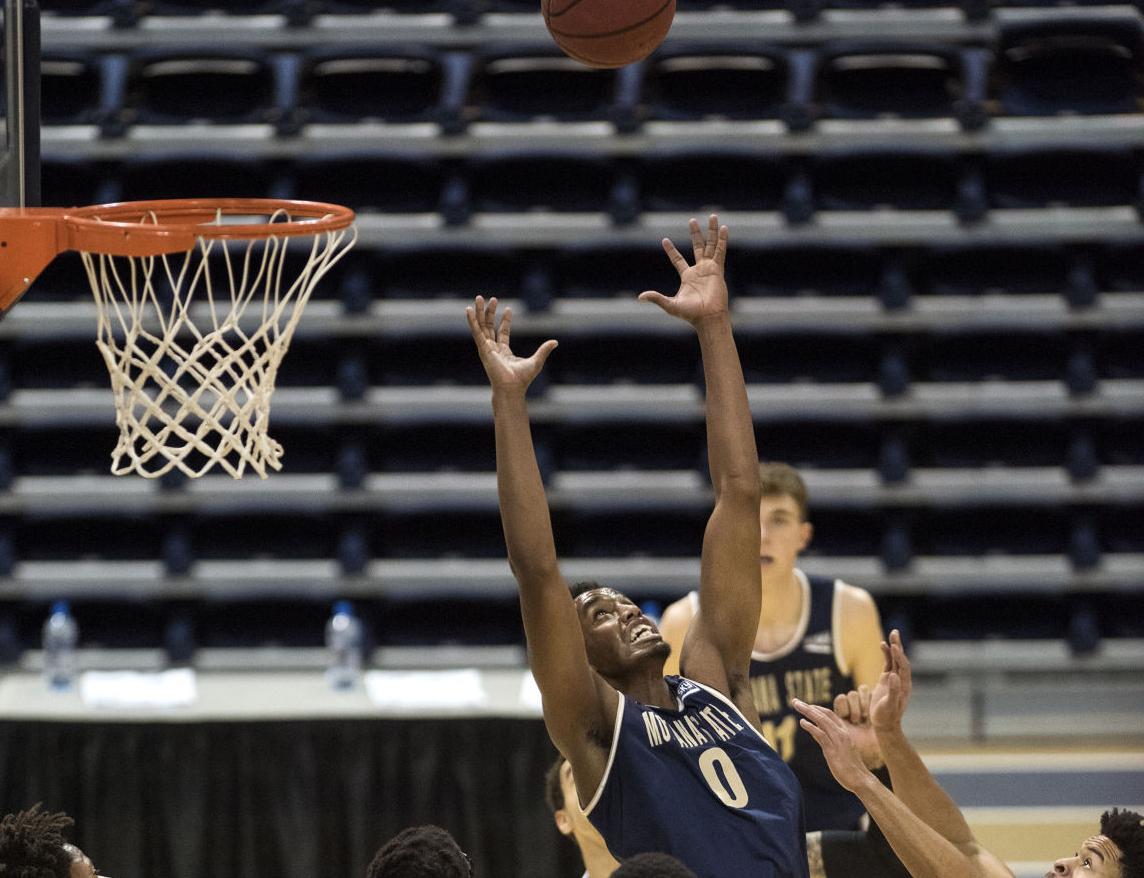 Montana State forward Abdul Mohamed goes up for a rebound against Portland State during the first half on Saturday at Worthington Arena. 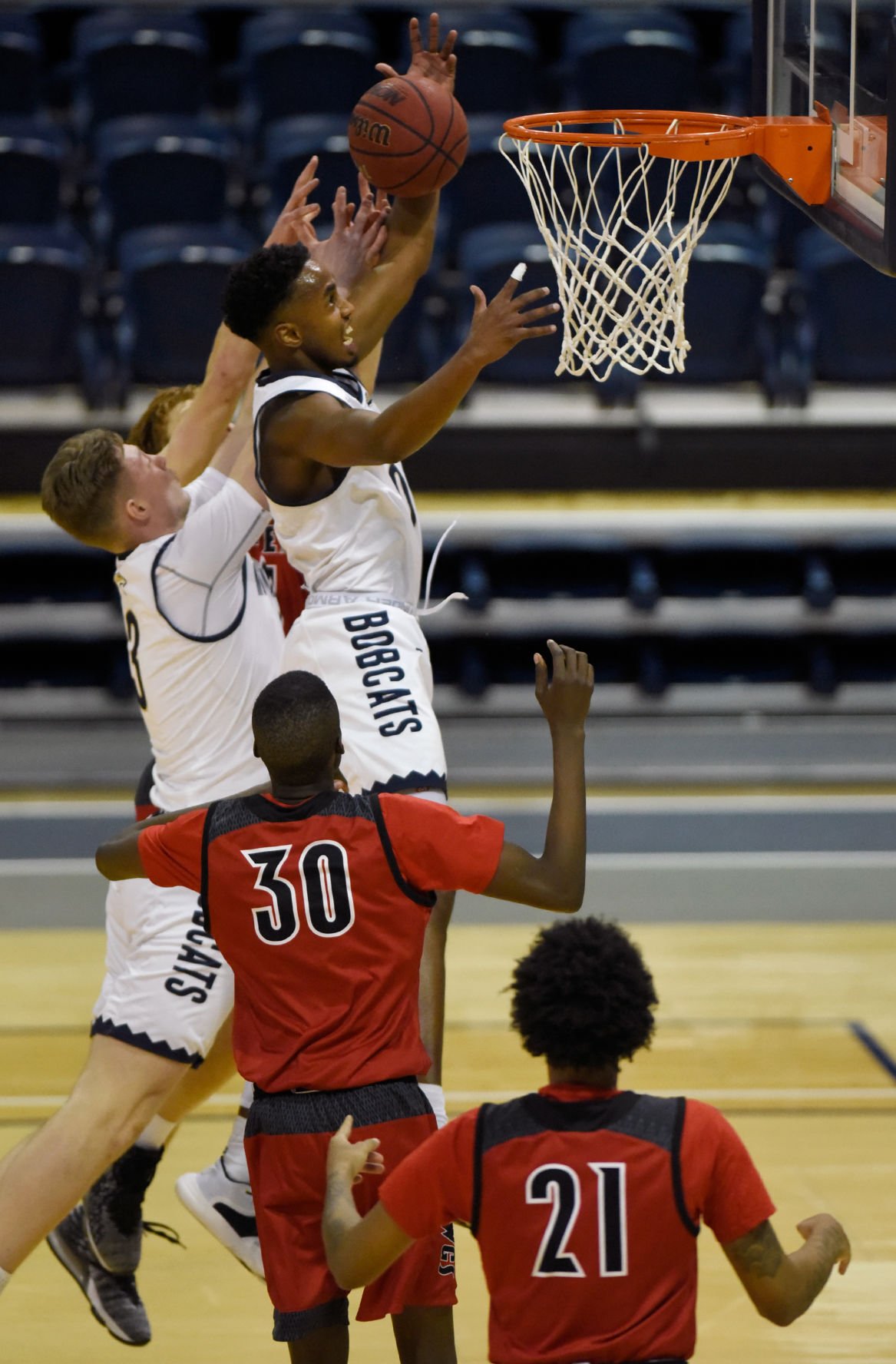 Montana State forward Abdul Mohamed goes up for a rebound against Portland State during the first half on Saturday at Worthington Arena.

After Montana State swept Northern Colorado two weekends ago, Danny Sprinkle showed his players clips of things they did well.

The Bobcats’ head coach calls them “championship plays.” They’re the “little things” that might not be recorded in statistics or garner chatter among fans. Sprinkle views them as the difference between wins and losses.

Mohamed held UNC guard Bodie Hume to 14 points in each game, slightly below his season average of 15.7.

“We won those games because of the little things Abdul did,” Sprinkle said.

Mohamed graduate transferred from North Texas and spent the beginning of the season acclimating to MSU. He was coming off two years of little to no competitive action. As he’s earned more chances, he’s started each of the past five games.

He’s found a role, embraced it and is maximizing his senior season. The Ottawa, Ontario, native spent two years at Gillette College, a junior college in Wyoming. Mohamed transferred to North Texas, redshirted in 2018-19 and played a total of 72 minutes in 15 games last season.

So far, the move has paid off. Mohamed is averaging 5.7 points and 5.6 rebounds in 18.3 minutes. The defensive boost he’s provided is perhaps more important.

“I’m appreciative that I get to go to school paid for on a scholarship and I get to play the sport I love,” Mohamed said. “So I don’t think I could have my life any better.”

At both Gillette and North Texas, Mohamed was part of winning teams. In his freshman year, the Pronghorns went 32-4. They went 27-5 when he was a sophomore. Then last season at North Texas, the Mean Green won the Conference USA regular-season championship.

The traits he noticed about those teams are prevalent in this year’s Bobcats, Mohamed said. He cites a connectivity between teammates, players willing to do those “little things” and an unselfish nature around the program.

While Mohamed’s offensive game is still coming along, he’s less worried about that. His priority is helping MSU defend and rebound. In the five games he started, Mohamed averaged 6.4 boards.

At 6-foot-7, the power forward occasionally skies for the ball, with his lengthy arms reaching well above the rim.

Since Mohamed barely played the last two years, he needed time to shake off rust. It didn’t happen until November and December when the Bobcats filled their ample practice time with five-on-five scrimmages and competitive workouts.

Mohamed stopped thinking as much and just let his skills shine through.

“(I was) a lot less fidgety and less tentative to make plays,” Mohamed said. “I felt like once I just started competing and put everything behind me and moved on to the next play mentality, I feel like that’s when things started to change for me.”

Midway through his second season at North Texas, Mohamed began learning how to play power forward. Before that, he played on the wing. He still considers himself a guard. But because of the way Sprinkle wants to play, he’s fit with MSU.

The combination of Mohamed’s size, athleticism and energy gives the Bobcats a different dimension, Sprinkle said. When he’s playing well defensively, moving his feet quickly and is active with the rest of his body, he has the ability to change a game, like he did against Northern Colorado.

“His energy plays bring a lot of spark, a lot of energy to this team in general,” Bobcats senior center Devin Kirby said. “I just feel like him as a person and as a player just has really uplifted us a lot.”

With the Bobcats undefeated in conference play, they’ve grabbed the attention of the Big Sky. Mohamed, with his prior winning experience and newfound defensive prowess, is another piece to the puzzle.

“I believe we have what it takes as a unit,” Mohamed said. “That’s probably what I’m most excited for.”