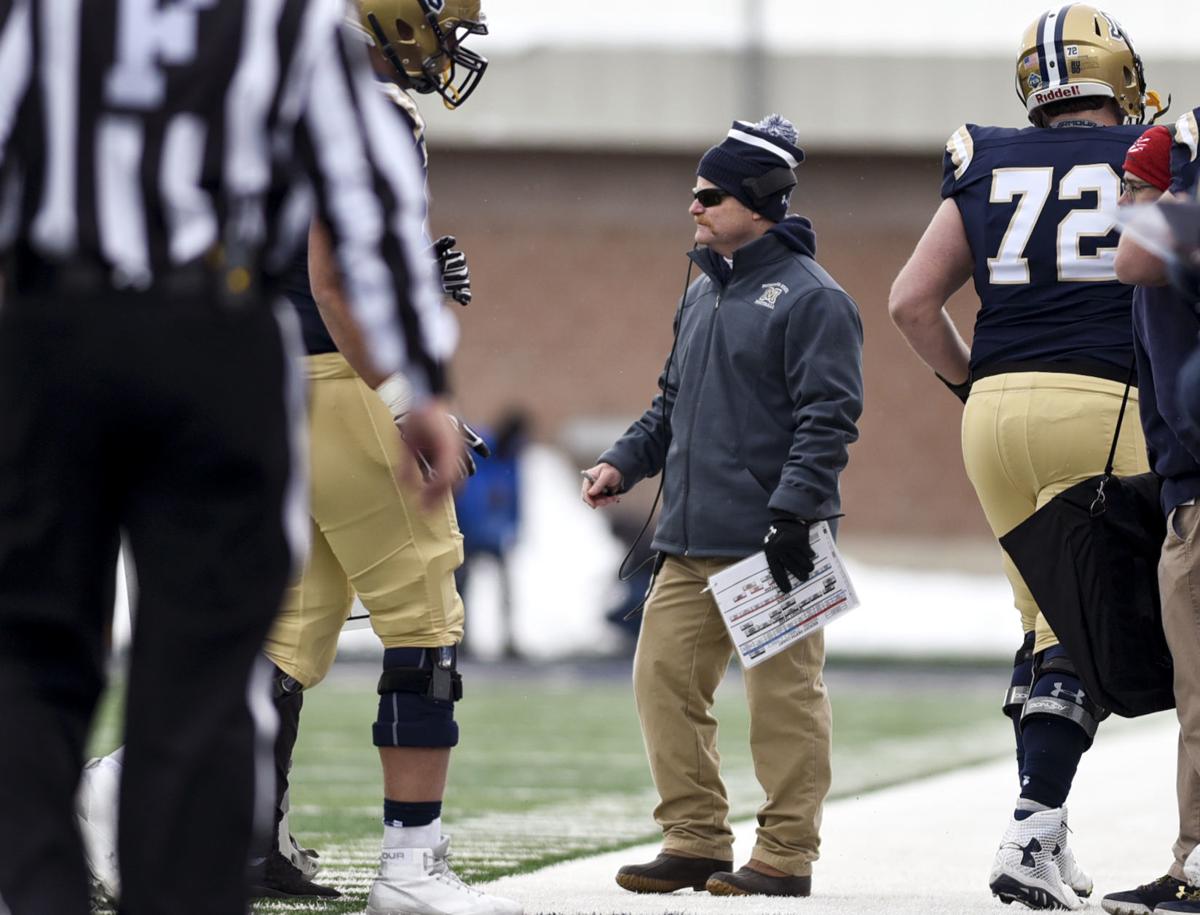 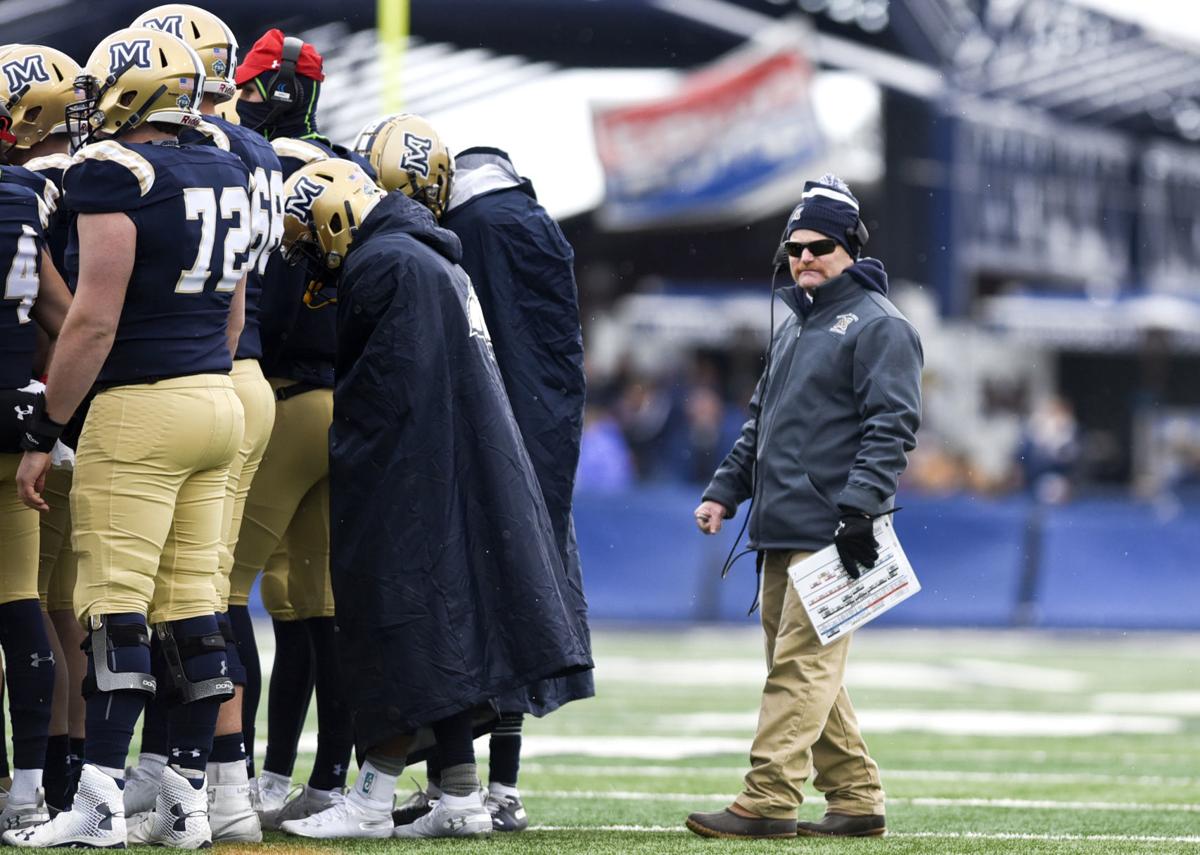 MSU special teams coordinator B.J. Robertson is seen during a timeout in an FCS first-round playoff game on Nov. 24 at Bobcat Stadium. 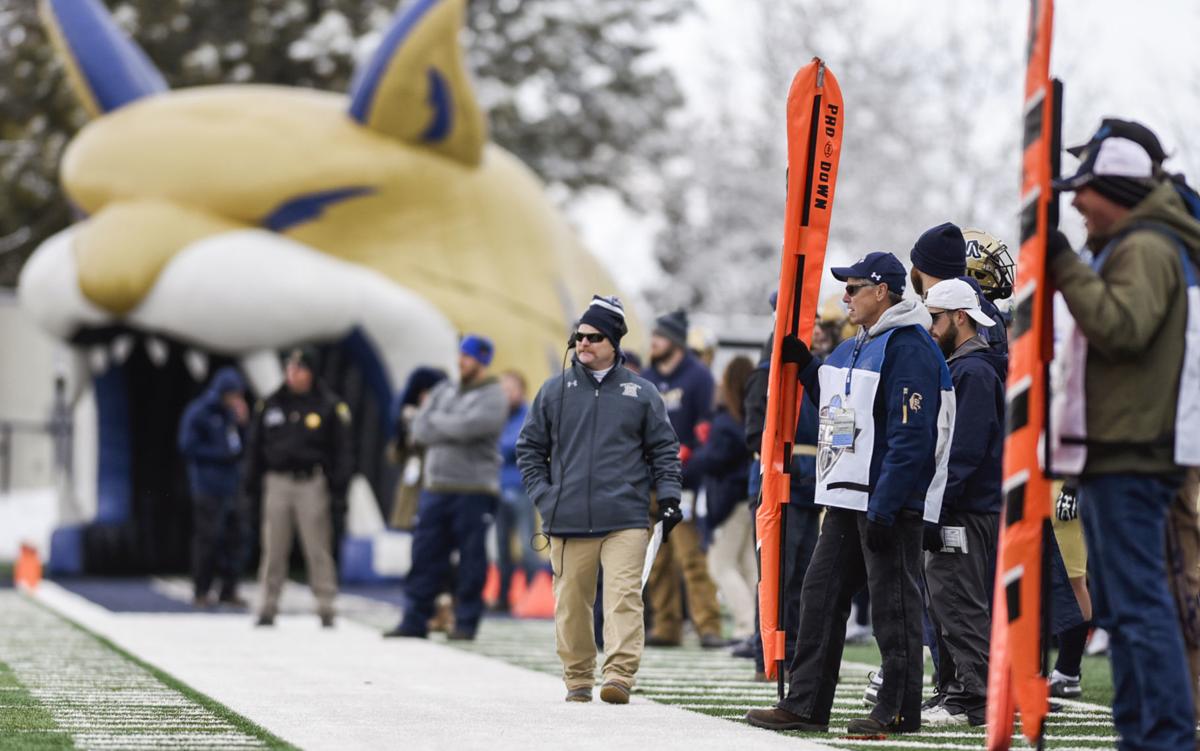 MSU special teams coordinator B.J. Robertson is seen during a timeout in an FCS first-round playoff game on Nov. 24 at Bobcat Stadium.

Without any previous training, B.J. Robertson had to learn how to help run a hotel. His parents trusted the then 12-year-old to check people in and take reservations. Robertson quickly picked up on the nuances of dealing with strangers while also benefiting from growing up in Sheridan.

His parents built a respectable reputation in their community, and Robertson recognized that those who knew his parents extended a little bit of credit his way.

“Not always justified. I didn’t do anything to deserve it,” Robertson said. “Then I kind of just learned in a small town, hey, how you treat people has a ripple effect.”

Robertson may not have known it at the time, but learning the ability to interact and connect with people he didn’t know well served as an underlying factor in his emergence as Montana State’s director of high school relations.

From playing 8-man football growing up to playing a key role in the Bobcats’ recruiting efforts, Robertson has maintained a strong passion for finding prospects from Montana. While he’s also MSU’s special teams coordinator, his effect on recruiting will be on display Wednesday when the early signing period begins and the Bobcats are expected to sign eight in-state players.

“If there’s anybody that does a better job connecting with high school coaches and players around the state of Montana than B.J. Robertson,” MSU head coach Jeff Choate said during last year’s early signing day, “show him to me please because we’ll hire him too because I think we’ve got the best.”

During his childhood, Robertson looked up to those from his community who went on to play college football. He attended MSU games with his father and wanted to play collegiately in Bozeman. While he ended up playing at Montana Western in the mid-1990s, he knows the draw the Bobcats have to local high schoolers since he experienced it himself.

In his three years at MSU, Robertson has developed into a proponent for small school players like freshman Treyton Pickering, who signed a year ago after playing 6-man football at Sunburst. And when a player from a community of that size is recruited, Robertson is aware of how that instills hope for others nearby.

“I take pride in trying to give the underdog an opportunity or being an advocate for them,” Robertson said. “It doesn’t always work out for everybody, but at least know that they got their fair shake.”

To Robertson, the core principles of football apply no matter how many players are on the field at once or how small the high school is where a prospect played. He’s thankful that Choate has described in-state players as the “heart and soul” of the team. And Robertson is aware of how those players are received depending on how MSU played against rival Montana when they travel back to their hometowns each winter.

All of this is because Robertson has spent a lifetime building an understanding of the football culture throughout the state. And each offseason, he receives the chance to watch it pay off as players he recruited sign on to officially join MSU.

As a player at UMW, Robertson met Choate and tight ends coach Brian Armstrong. He worked alongside Armstrong at Rocky Mountain College from 2007-12 before returning to his alma mater as the Bulldogs’ head coach.

Many former teammates and others Robertson knew from UMW have gone on to become teachers and coaches. What he learned from his parents — “If you treat people right, it’s such a small state that word gets around,” Robertson said — carried into his college days. The relationships he cultivated have paid dividends in the long term.

He’s leaned heavily on many of those same high school coaches for honest evaluations as NCAA rules restrict how often the Bobcat coaching staff can meet recruits in person.

“He was just always an awesome guy. Easy to talk to and friendly. Everybody in Dillon loves him. Everybody here loves him,” sophomore quarterback and Dillon native Troy Andersen said. “I think he’s really good with building relationships with the kids and then all the coaches around the state. I think that’s what makes him special.”

On MSU players’ birthdays, Robertson tweets out photos of them and a congratulatory message. Whenever Andersen enters the coaches’ offices around 6 a.m., Robertson is cheery. Last year, Choate complimented him for consistently sending out letters to recruits to show the Bobcats’ interest.

“I get paid to drive around Montana,” Robertson said, “which people pay a lot of money and take time off work to spend their vacations doing what I get to go do and get paid for. And I get a tank of gas.”

During his time working for his parents’ hotel, Robertson met a group from California and offered to show them some spots to go fishing. They enjoyed their time so much they wanted to reciprocate, so later on, they hosted Robertson and went to a baseball game together.

A couple from Alabama that Robertson dealt with at a young age used to send his family a Christmas card every year.

Those interactions were the ones that laid the foundation for his career as a recruiter.

“They say Montana is the last best place. ... You only have your last name and your word,” Robertson said. “You’re not given a lot in the world so those two things, if you take care of those, you can always have that. That’s something to be proud of.”