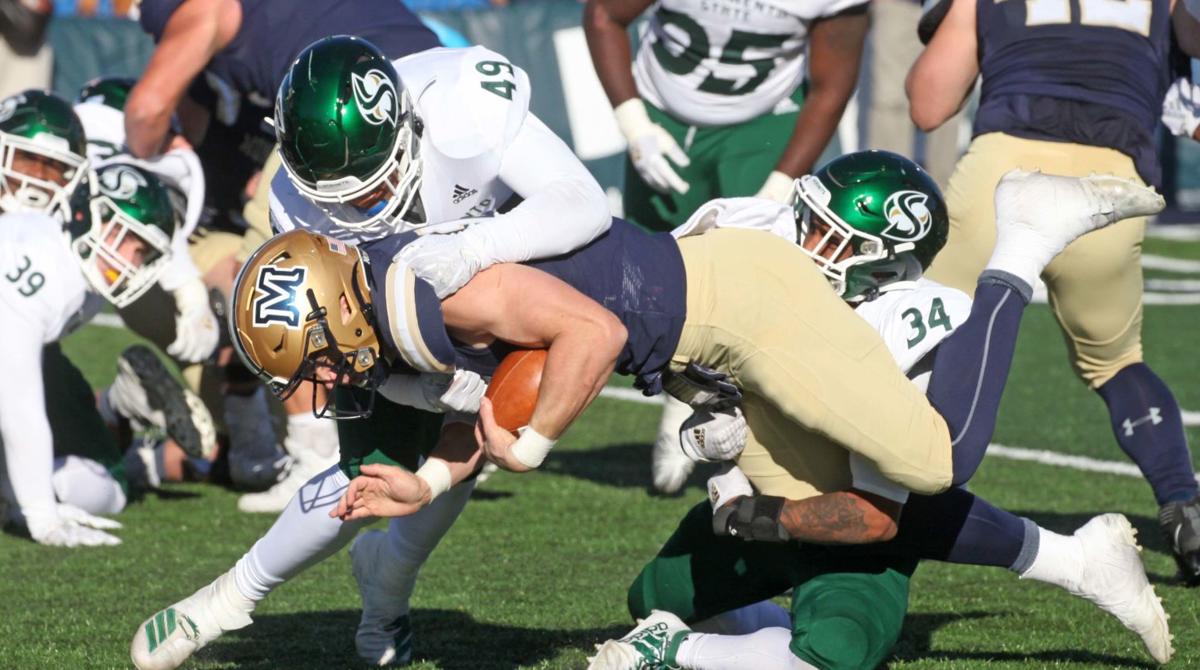 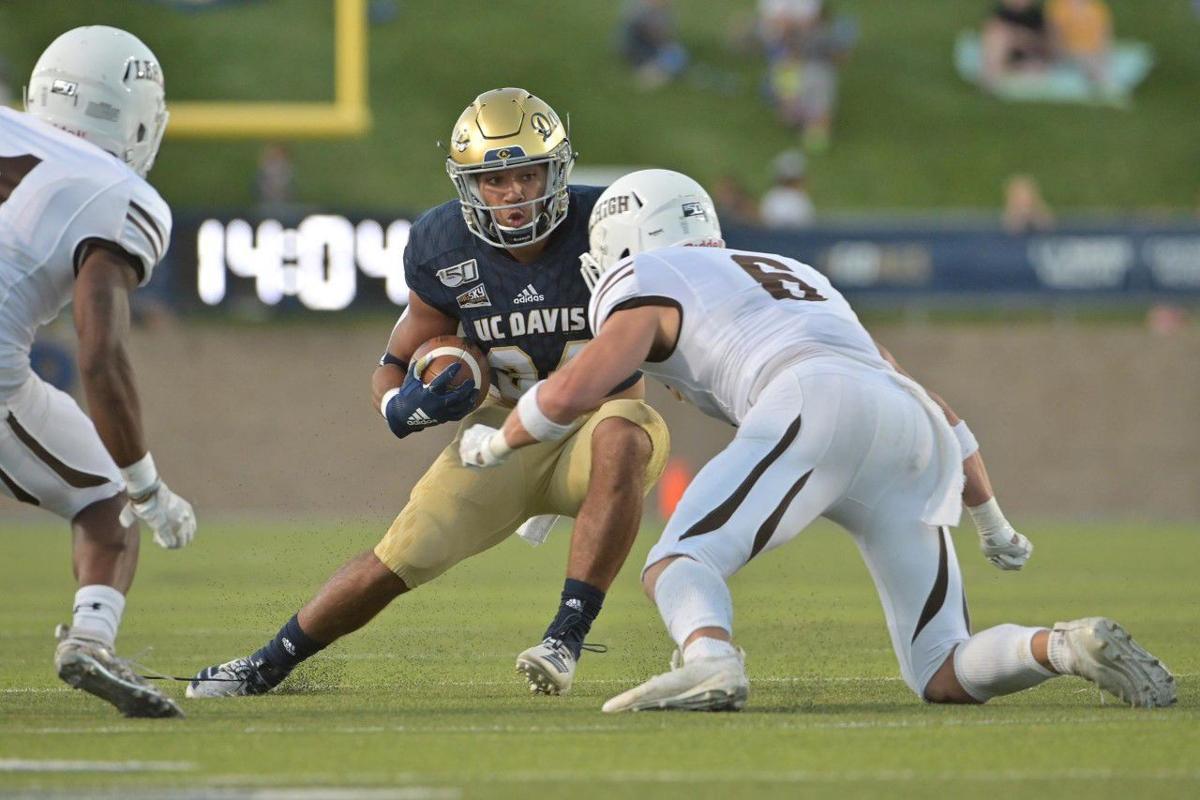 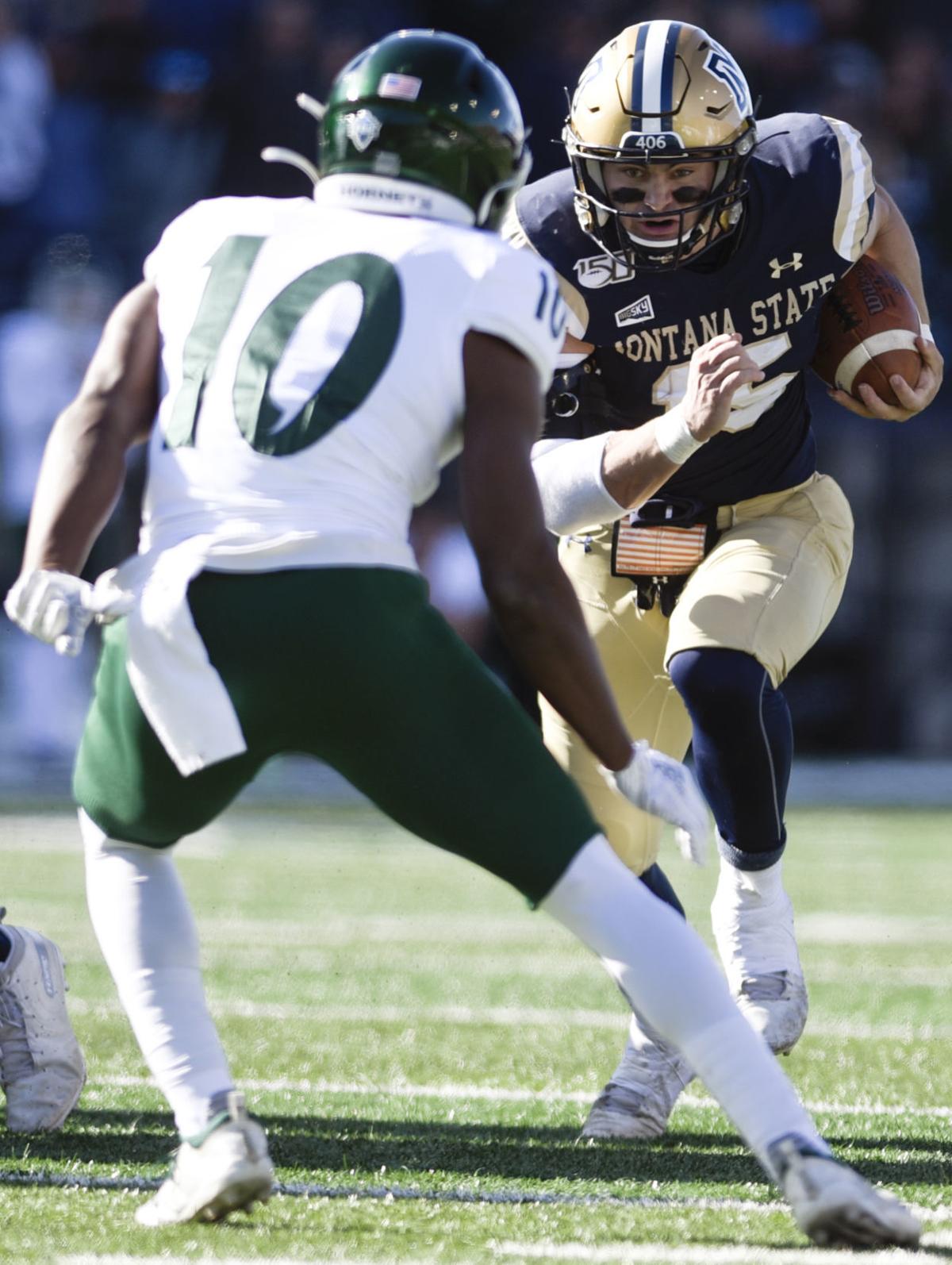 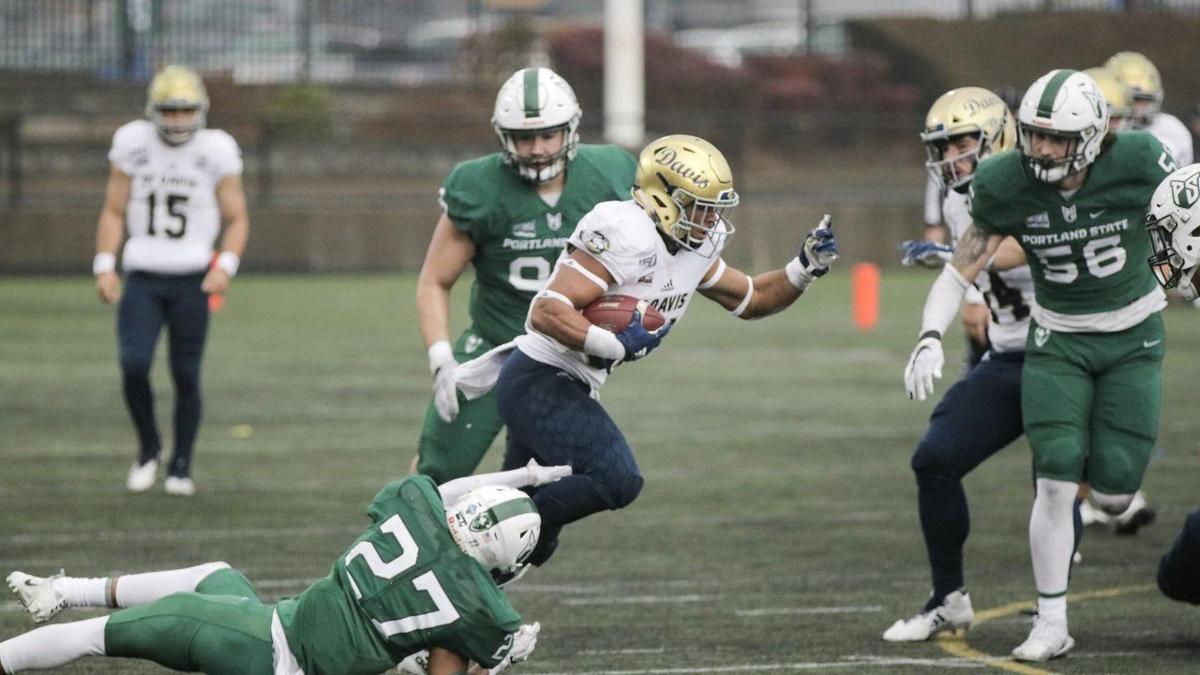 Choate came to MSU after several stints as a position coach at FBS schools including Washington, Washington State, Florida and Boise State. He led the Bobcats to their first playoff appearance and victory in six years last season.

Hawkins coached in 13 different countries including as head coach at Boise State and Colorado before returning to his alma mater. Last season, he led UC Davis to its first Big Sky championship as well as its first FCS playoff appearance and victory.

Now healthy, Andersen is playing at his best right now. He threw a touchdown pass, ran for another and had seven solo tackles with a sack at Northern Colorado last week. When he’s on offense, he demands so much defensive attention that opportunities open up for Montana State’s other offensive weapons.

Marshall was one of MSU’s leading rushers last week as he totaled 64 yards on three carries. He was one of multiple receivers who made a difference in the ground game as UNC’s defense stacked the line of scrimmage to limit MSU’s traditional running threats. If wide receiver Travis Jonsen misses more time, the Bobcats may turn to Marshall again.

After two games without a sack, Sterk has logged 3.5 in the last four games. Against a potent UC Davis offense, Sterk will play a key role in stopping the run and pressuring the quarterback. His presence should create more one-on-one matchups for the rest of MSU’s defensive line and limit the time the Bobcats secondary needs to defend receivers.

Statistically, Maier is one of the best quarterbacks in the FCS. He’s thrown for 3,067 yards and 27 touchdowns with 11 interceptions while completing 66.3% of his passes. He’s dangerous, MSU head coach Jeff Choate said, because of his accuracy and ability to find throwing windows in a defense. He’s also mobile and often keeps plays alive.

Gilliam leads the Big Sky with 1,055 rushing yards and averages 5.2 yards per carry to go with nine touchdowns. When the Aggies put up a lot of points on opponents, Choate said, it’s because they establish the run first. The Bobcats will have to stop Gilliam with hopes of making UC Davis’ offense predictable.

King is among UC Davis’ best playmakers on defense. He’s intercepted three passes and broken up four. He’s also among the team’s top tacklers with 61 and has 5.5 tackles for loss. If the Bobcats are going to find success through the air while limiting turnovers, they will have to be aware of where King is constantly.

2 — Montana State has won its last two games after losing its previous two.

20 — The Bobcats have recorded a turnover in 20 straight games.

88 — UC Davis quarterback Jake Maier has passed for 10,657 yards in his career and is 88 away from the Aggies’ record.

- UC Davis hammered Montana State in their first meeting 45-0. Since then, the Bobcats won their last five.

- The Bobcats have scored 125 points in their last two games at UCD Health Stadium.

- UC Davis is averaging 31 points and 447 yards against one of the nation’s most difficult schedules.

- The Bobcats lead the Big Sky and are eighth in the FCS with 257.5 rushing yards per game.

- MSU is 16th in the FCS in turnover margin as it has forced 16 takeaways and given up eight.

A total of 11 Montana State players carried the ball last week at Northern Colorado. That resulted in 451 rushing yards, third-most in MSU history. The Bobcats were unafraid to use jet sweeps and gadget plays to spice up the offense, keeping UNC from stacking the line of scrimmage. That opened the way for MSU’s traditional run game. If the Bobcats can fully utilize their arsenal of rushing threats, they should be successful again this week.

UC Davis is well-known for its potent offense, especially through the air. The Bobcats will have to pressure quarterback Jake Maier, but they’ll also need to play successful pass coverage. Last week at UNC, the Bobcats disguised their coverage schemes and successfully limited quarterback Jacob Knipp. In the end, the Bears scored just 14 points. If the Bobcats can lead Maier into making poor decisions, they could limit the Aggies’ offense.

The Bobcats have lost eight games between the 2018 and 2019 seasons, six of them being on the road. Jeff Choate is 8-13 in away games during his tenure as MSU’s head coach. Now the Bobcats are going to try and win consecutive road games with the hopes of essentially guaranteeing a playoff berth. They will likely have to rely on their ground game and defense once again away from home.

Montana State and UC Davis run different styles of offense, but both have been successful this season. With that said, the Bobcats have the offensive line that could take care of the Aggies defensive front to clear the way for the run game.

Likewise, MSU has shown against top-notch quarterbacks like Northern Arizona’s Case Cookus that it has the pass rush and secondary to limit UC Davis signal caller Jake Maier. This game will be close, but if the Bobcats can win the turnover battle and dictate the pace of the game, they should be capable of winning.