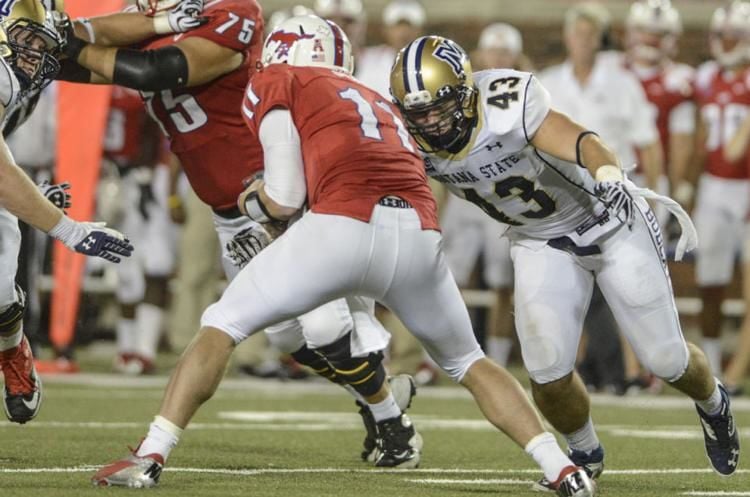 Former Montana State linebacker Alex Singleton goes for a sack against Southern Methodist in 2013 in Dallas. 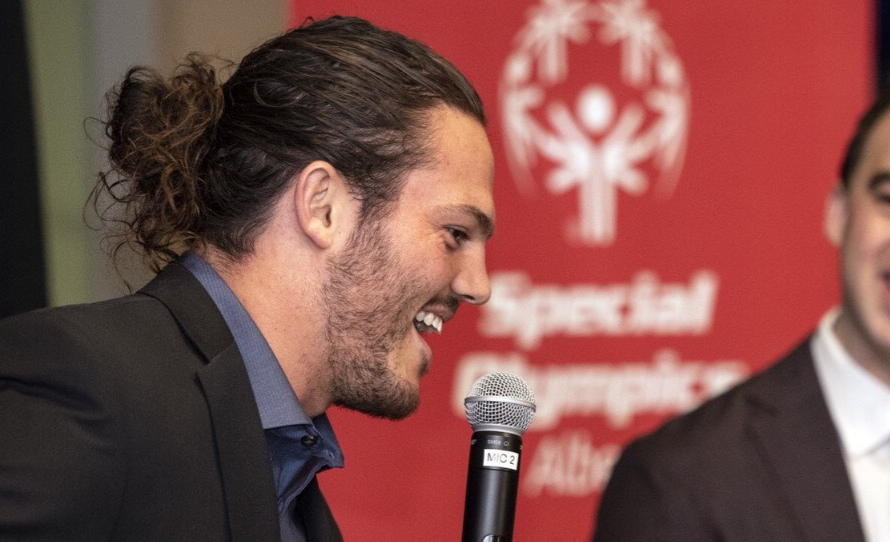 At top, former Montana State linebacker Alex Singleton goes for a sack against Southern Methodist in 2013 in Dallas. Singleton now is a member of the Philadelphia Eagles.

Former Montana State linebacker Alex Singleton goes for a sack against Southern Methodist in 2013 in Dallas.

At top, former Montana State linebacker Alex Singleton goes for a sack against Southern Methodist in 2013 in Dallas. Singleton now is a member of the Philadelphia Eagles.

Alex Singleton was ready for this moment.

In the 2012 FCS playoffs, he had his chance. All-American Jody Owens went down with an injury, and Singleton stepped in. He racked up tackles, including a few for loss.

Kane Ioane, then MSU’s linebackers coach and now the team’s defensive coordinator, could talk about countless stories like that. Singleton’s stability and potential from that point were evident because he was always fighting to improve. He was always ready.

“Regardless of the scenario or situation he was in, he was going to put himself in the best position possible to be successful when his name was called,” Ioane said. “You could tell that’s what he’s done over the course of his career now.”

Singleton’s experiences and his preparation led him to greater heights. The former MSU all-American linebacker earned a spot on the Philadelphia Eagles’ 53-man roster to start the NFL season, which commences this week.

Developing as a Bobcat, fighting for a roster spot on multiple NFL teams, catapulting himself to becoming a defensive MVP in the CFL and bringing a Grey Cup to Calgary. All of it provided Singleton this chance he has now.

Ioane, a four-time all-American player at MSU, recognized Singleton as a top recruit when he was a teenager growing up in Thousand Oaks, California. Ioane and Singleton got along quickly.

As Ioane recalled his first impressions, Singleton’s success isn’t surprising. Early in his career, Ioane noticed how Singleton was constantly searching for any extra advantage he could gain.

He spent additional time in the weight room to gain extra strength. He carved out more time to study film and gain further understanding of his position.

His cerebral approach to the game elevated his performance. As he watched more tape, Ioane said, Singleton better comprehended not just his position, but the entire defense on top of that.

He knew not just how MSU’s defense was scheming to stop rushing plays, he understood why his assignment was critical within the scope of that scheme. He knew not just where he should be in pass coverage, but why that prevents quarterbacks from finding an easy target.

“He made the choice, very quickly, that he wanted to walk away from Montana State as one of the best linebackers to ever play here, and I think he achieved that. And once he was done, he made the choice he was going to play this game of football as long as he possibly could.

Singleton credited Ioane for his mental grasp of a defensive scheme. In fact, those same study habits — understanding every position and what the entire defense is doing — are things he still abides by.

As for his physical preparation, Singleton has stuck to some of the workouts that Bobcats strength and conditioning coach Alex Willcox drilled into his memory. One of them is quarters, which includes 40-yard sprints and 85-yard shuttles.

Singleton relies on those when he needs to push himself just a little bit harder.

Out of college, Singleton made stops in Seattle, Minnesota and New England. He couldn’t grasp a permanent roster spot, but that never fazed him.

He went to the CFL so he could show NFL teams exactly what he was capable of. As he continued to prove that, those teams that once ignored him began to notice.

Ioane called Singleton a “poster boy” for the Bobcats. His selflessness was one reason. As a freshman, he was stripped of his redshift to play just a few games.

“And when we presented that to him, to him it was a no-brainer,” Ioane said. “He didn’t even hesitate.”

He tallied a few tackles on kickoff coverage in his first collegiate game. By his sophomore year, Ioane said Singleton was “an absolute killer” on special teams as he served as a backup behind Owens, an all-American and Big Sky defensive MVP.

Ioane said Singleton was comparable to Owens in many ways. He showed a similar competitive fire by watching and learning from Owens, pestering him with questions while awaiting his chance to play.

Singleton didn’t complain, Ioane said, but he voiced his confidence by often asking how he could expand his role with the team and how he could better himself to become a standout performer. This persistence set the stage for Singleton to thrive when he took over as a starting linebacker, eventually becoming an all-American himself.

“He persevered through those years as far as not being the guy,” Ioane said, “but just continued to push, push and push until his opportunity came.”

This is how Singleton’s opportunity in the NFL arrived.

He signed a reserve/future contract to play for the Eagles before the 2019 season. He was cut from the team but then signed to the practice squad.

He was eventually promoted to the active roster. His locker was across from All-Pro offensive linemen Jason Peters and Jason Kelce. And Singleton felt he belonged.

As he did at MSU, Singleton gained credibility on special teams. He played in 198 special teams snaps over 10 games in 2019 and tied for the fourth-most special teams tackles on the Eagles’ roster with eight.

“At some point, you’ve got to believe in yourself. When they put you out there on game day, they believe in you, especially here in Philly,” Singleton said. “Just having that support, knowing you get to go out there and make plays. They know you’re going to make mistakes. Everybody does, even the best guys do. Just minimizing those mistakes and being able to continue to get better, because that’s the No. 1 goal obviously.”

The Eagles were starkly different than the Calgary Stampeders, Singleton said, because it required even more hours of training and watching film. So this offseason, he took little time off. He went back to California to train within weeks of the 2019 season concluding.

“If you don’t put the time in now,” he thought to himself, “you’re not going to be on the team in September.”

Singleton was at a slight disadvantage while fighting for a roster spot in the last few months. All preseason games were canceled because of the coronavirus pandemic. This is normally the opportunity for those on the bubble like Singleton to compete and show they can stand out on film.

He could only battle against his teammates in practice. Singleton was in an opportune position, though, as linebacker as seen as a weak spot for the Eagles compared to the rest of the NFL.

In his second year on the team, he knew he had to fully comprehend the playbook. But he had already done that with the Bobcats with tireless study.

NFL coaches worry players may not be available because of injury, and especially this year because of the pandemic. So Singleton found ways to garner attention by learning every linebacker position. Therefore, Philadelphia’s coaches could plug him in anywhere. This is exactly how he climbed MSU’s depth chart, too.

“It really all is business moving forward,” Singleton said. “I think certain days, like the other day, it was that exciting feeling of making the team. But that same hunger comes back and creeps in your head. Just keep going, just because other people have counted you out. It’s something where I’ve always thought that I would be in this situation. So for me, it’s just one more step in the right direction on the journey.”

In reflection, Singleton wasn’t ready for the NFL when he first finished college. But he made sure he was when he had another chance.

And he isn’t ready to let this one go. He still has more to accomplish.

“Alex has now learned how to stick through it,” Ioane said. “Persevere, and your opportunity will come. And when it does, take advantage of it. Look at what it’s done for him and his career.”