Montana State wide receivers coach and pass game coordinator Justin Udy was the team's offensive coordinator when he was first hired in 2020. 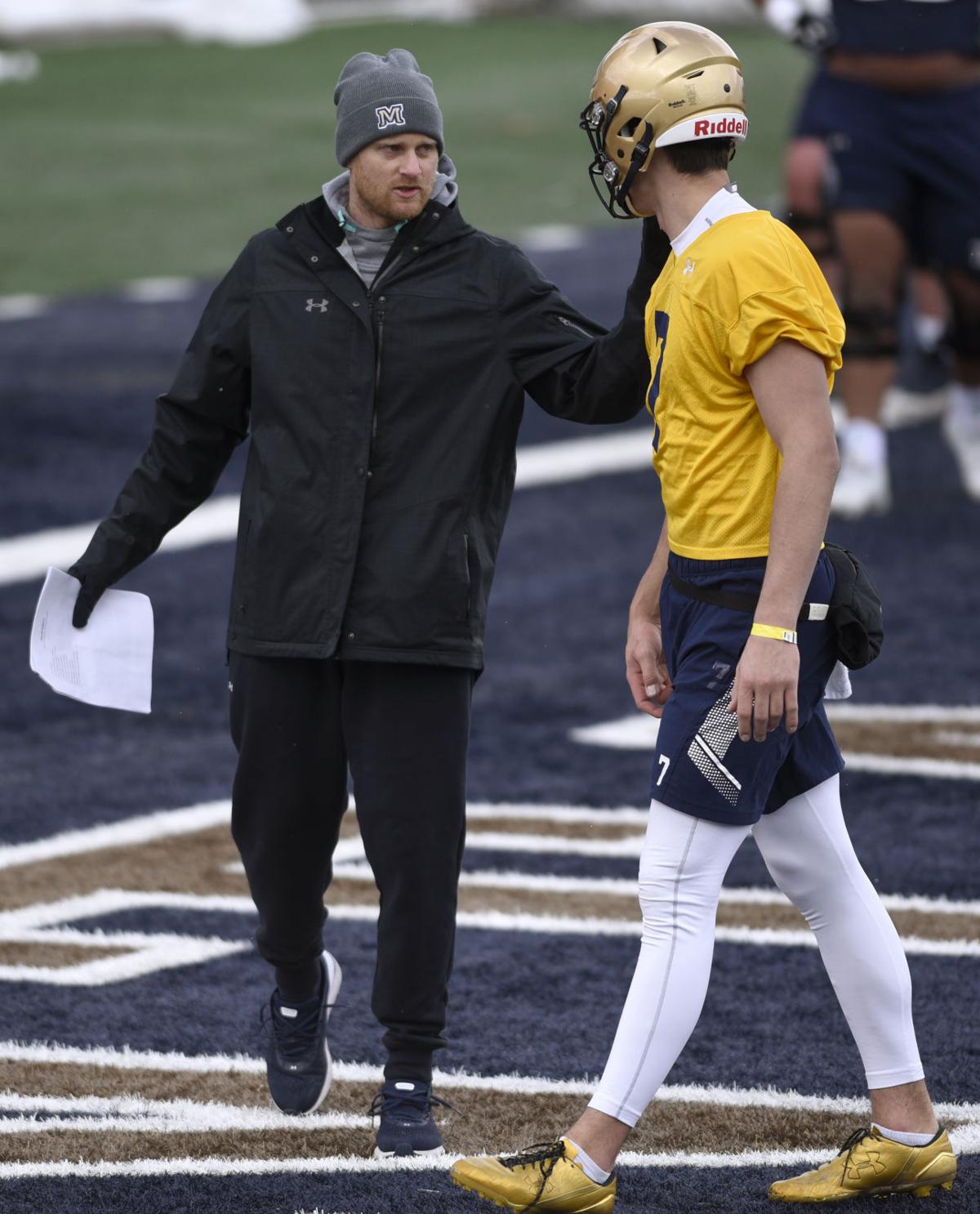 Montana State wide receivers coach and pass game coordinator Justin Udy was the team's offensive coordinator when he was first hired in 2020.

When he arrived at Montana State, Justin Udy expected to be calling plays and leading a Division I offense. Little went to plan.

Udy became the Bobcats’ offensive coordinator and quarterbacks coach following the 2019 season, just before the onset of the coronavirus pandemic. MSU hasn’t played since then, meaning Udy has been a coach with the program for more than a year without having experienced a game yet.

When Brent Vigen was hired as the Bobcats head coach, he wanted to select his own offensive coordinator. This left Udy in limbo.

He could’ve left in the hopes of becoming a play caller elsewhere. Instead, Vigen wanted to keep him on staff. Udy accepted.

After Erik Frazier departed for an assistant role with the Tennessee Titans, Udy became the Bobcats’ wide receivers coach and pass game coordinator. This was a role he had applied to when he was still an offensive quality control assistant at Texas Tech two years ago. And MSU was still a place he wanted to remain at.

“That’s part of the business,” Udy said. “When you look back on it, you play the hand that you’re dealt. I’m very, very fortunate and grateful of Coach Vigen for giving me the opportunity to stay here. This is a special place.”

“Up to this point, obviously, it’s not how I would’ve wanted it to play out, but it’s like when I told Coach Vigen when we were going through the transition. I don’t think of it as getting fired, I really thought of it as getting an opportunity to get rehired. So when you take that spin into it, this was a group I really, really wanted to work with.

“Even though my role has changed, my motivation hasn’t.”

Udy called it “a fork in the road” when Jeff Choate left as MSU’s head coach to become the co-defensive coordinator at Texas. This might have marked the end of Udy’s tenure with the Bobcats.

Despite other opportunities he could’ve had, Udy decided he wanted to stay. He had interviewed to be MSU’s wide receivers coach in 2019, so he had previously thought the job was appealing. He had witnessed the players’ desire to win. He figured this all wasn’t worth leaving.

When looking back on his past experiences, he noted coaches who are “weak-minded, that aren’t organized and aren’t detail-oriented usually don’t make it long.”

“I think we know what we signed up for,” Udy said. “We all have dreams, goals and ambitions. … It’s a little disheartening and you feel sorry for yourself for about 24 hours, and then it’s time to get over it because you have people who are counting on you. I have a family. You’ve got to be able to move on and realize the bigger picture, that this is really about the players.”

Udy is still becoming accustomed to emphasizing a specific position group and its routines. But in just a few days of spring practice, he already noticed improvement.

“The personalities in our room are totally different, too,” McCutcheon said. “So far, I think he’s handled it really well.”

When Vigen was hired, he immediately knew he wanted to bring in Taylor Housewright as the offensive coordinator. They had worked together at Wyoming, so Vigen trusted him. The OC is particularly important to Vigen considering he’s been one for more than a decade at Wyoming and North Dakota State.

Udy said he was in fact excited for Housewright to have his opportunity. He was grateful MSU’s new OC is willing to listen to Udy, knowing relationships between coaches on a new staff can be “kind of dicey.”

Vigen wanted to be open-minded when considering who would remain on his staff. Before he even took the job, he realized how vital continuity would be. After talking to each of the previous assistants, he believed Udy could be a critical part of the program’s transition.

“It’s an intelligence. It’s teaching ability that I’m certain he has. It’s an investment in our players that I felt was really important,” Vigen said. “I’ve been certainly pleased with his attitude but his willingness to take this opportunity and run with it. Justin is still a young coach, so while that opportunity for him didn’t pan out to be the offensive coordinator, I think he looks at this opportunity with a new offense to grow as a coach and work toward becoming a coordinator again.”