Montana State’s Amandre Williams (96) celebrates a stop against Montana in 2019 at Bobcat Stadium. 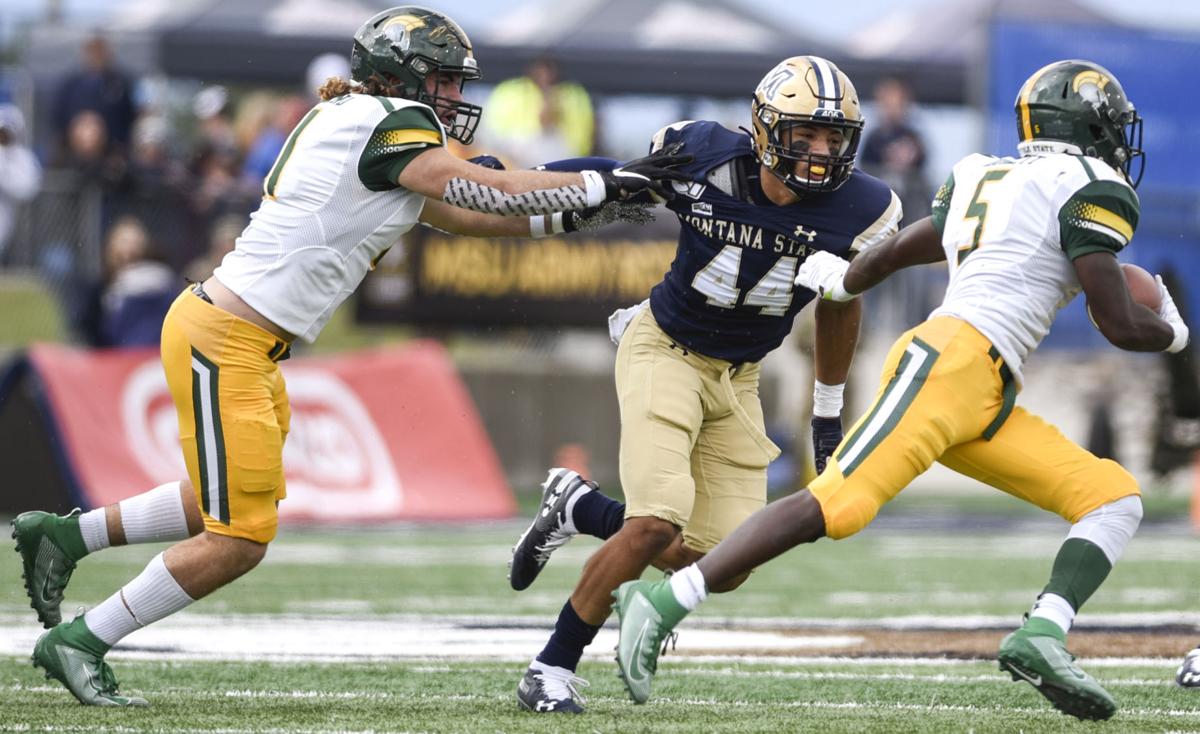 Montana State’s Amandre Williams (96) celebrates a stop against Montana in 2019 at Bobcat Stadium.

On one of his first days on the job, Shawn Howe watched his position group conduct a drill, and to him, it was all wrong.

Montana State’s new defensive line coach takes over a position which has been a strength of the Bobcats under their previous coaching regime. Howe is excited about the potential. He just has to teach his defensive linemen, in many ways, a starkly different style.

With Brent Vigen coming in as the Bobcats’ new head coach and Freddie Banks as the team’s defensive coordinator, MSU is transitioning to a 4-3 base defense. That means the Bobcats’ defensive front will likely make the most substantial change compared to anyone else in the program.

“Your whole job is to not break but to create habits,” Howe said. “As a D-lineman, you create your habits and then your habits create who you are as a player. … We’re trying to break down old habits, which like I said aren’t necessarily bad, and then create new habits.”

Howe said he has a “tremendous amount of respect” for his players. While the Bobcats lost standout talents like Bryce Sterk and Derek Marks from 2019’s team, they retained all-conference selections Chase Benson and Amandre Williams.

Howe mentioned his position group has had “some growing pains.” He’s picked up on some apprehension to the alterations the new coaches want to make. For example, some players will begin plays in stances, like with their hands on the ground rather than standing up, they’ve never had to before.

Still, Howe added the Bobcats have been hungry to learn.

“They want to get better,” he said. “They have a sense of urgency. They work their butts off on the football field. It’s almost been a dream situation to step into.”

MSU’s transition hasn’t been made easier by some defensive linemen missing time this spring due to minor injuries. Benson said returning to practices after not playing since 2019 has been physically demanding. The whole team after a couple practices, he noticed, was sore.

Still, the coaching and schematic changes, Benson said, have been smooth. His goal for spring football is “to get comfortable in this defense and play the best football I’ve played.”

“Everyone shows up with a good attitude,” Benson said, “and puts their best foot forward.”

Vigen has repeatedly mentioned Williams, who played buck end as a linebacker/defensive lineman hybrid, and previous outside linebacker Daniel Hardy will both have their hands on the ground more often on the defensive line. Williams was all-Big Sky in 2019, and Hardy shined when he replaced an injured Troy Andersen at outside linebacker in the playoffs that year.

This will continue to be a substantial adjustment for Hardy and Williams. But Howe and Vigen lauded their players’ intelligence and willingness to adapt.

“I think the guys across the board knew their techniques would be changing a little bit,” Vigen said. “Right now, (Hardy and Williams) have the potential to be as good of combination of ends that I hope we see.”

MSU is searching for who else could be dependable on the defensive line, especially in the interior, among a group of players with limited experience. However, Benson provides stability at defensive tackle.

“The way (Benson) attacks everything I say, the way he takes the hard coaching, the way he steps up and answers the bell literally every time he’s called out, it’s been great for the room,” Howe said. “And everybody in the room looks at him and they know what he is.”

Benson pointed out he learned during the offseason while serving as an assistant coach at Gallatin High while the Bobcats weren’t playing last fall. He now hopes to set an example for his teammates.

“You’re literally starting at Square One,” Howe said. “So it’s been easier for some kids than others. But I think all of them are in the same boat that it’s truly new for all of them.”

Montana State announced Monday 2,500 masked and socially-distanced fans will be allowed to attend the Sonny Holland Classic on April 24 in Bobcat Stadium.

This marks the first time fans will be permitted to attend an MSU football event at Bobcat Stadium since the Bobcats defeated Austin Peay in December 2019 in the FCS quarterfinals.

The scrimmage begins at 1 p.m. with doors opening at noon. Admission is free, but tickets are required and limited. They can be claimed in pairs, up to four each, beginning April 16 at msubobcats.com/tickets.

Season ticket holders, Bobcat Quarterback Club members and MSU students will have priority access. No concessions or merchandise will be on sale. Outside food and drink is prohibited except water bottles. Tailgating is also prohibited, and individual suites/club levels will not be open.