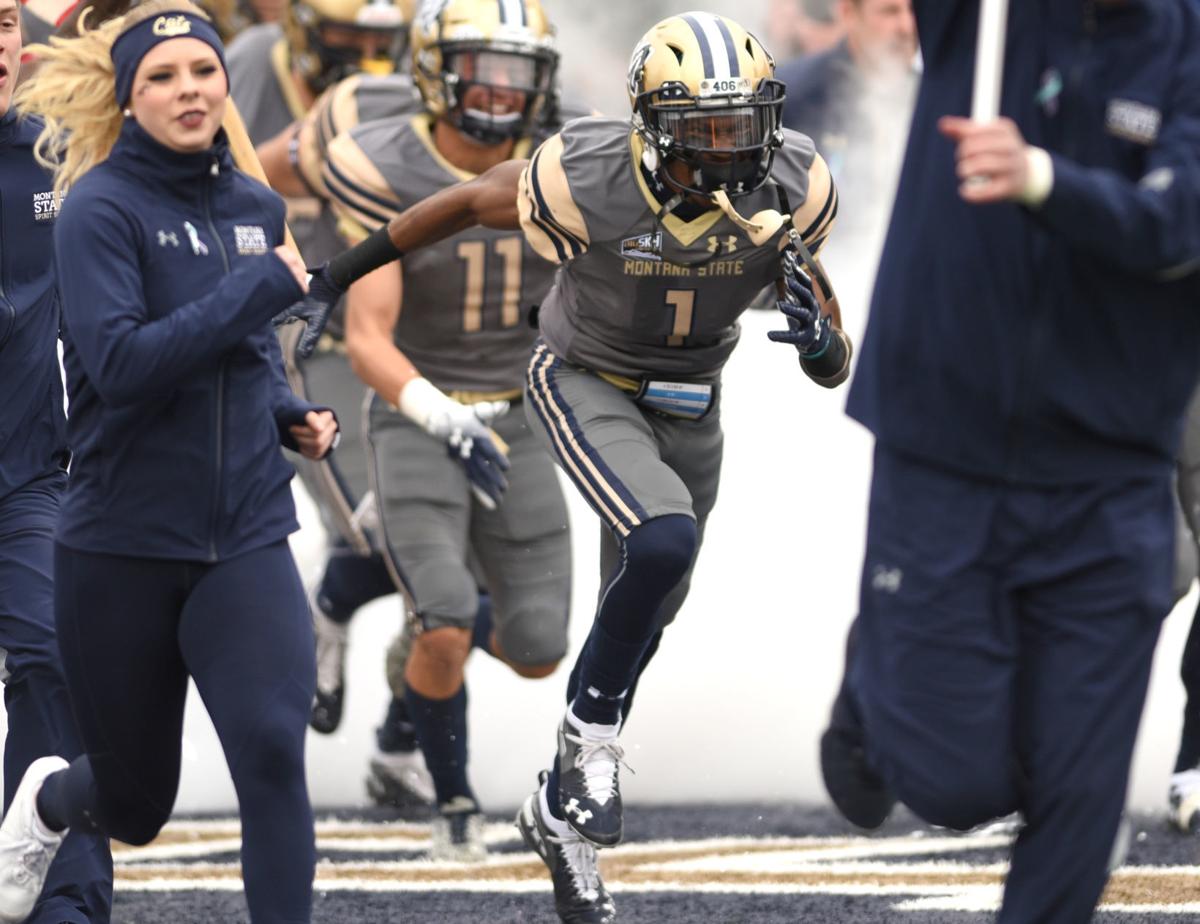 TOP: Montana State cornerback Greg Filer III runs onto the field at the start of the game against Eastern Washington on Sept. 29, 2018 at Bobcat Stadium. ABOVE: Tyrel Thomas intercepts an Austin Peay pass in the FCS quarterfinals Dec. 13. 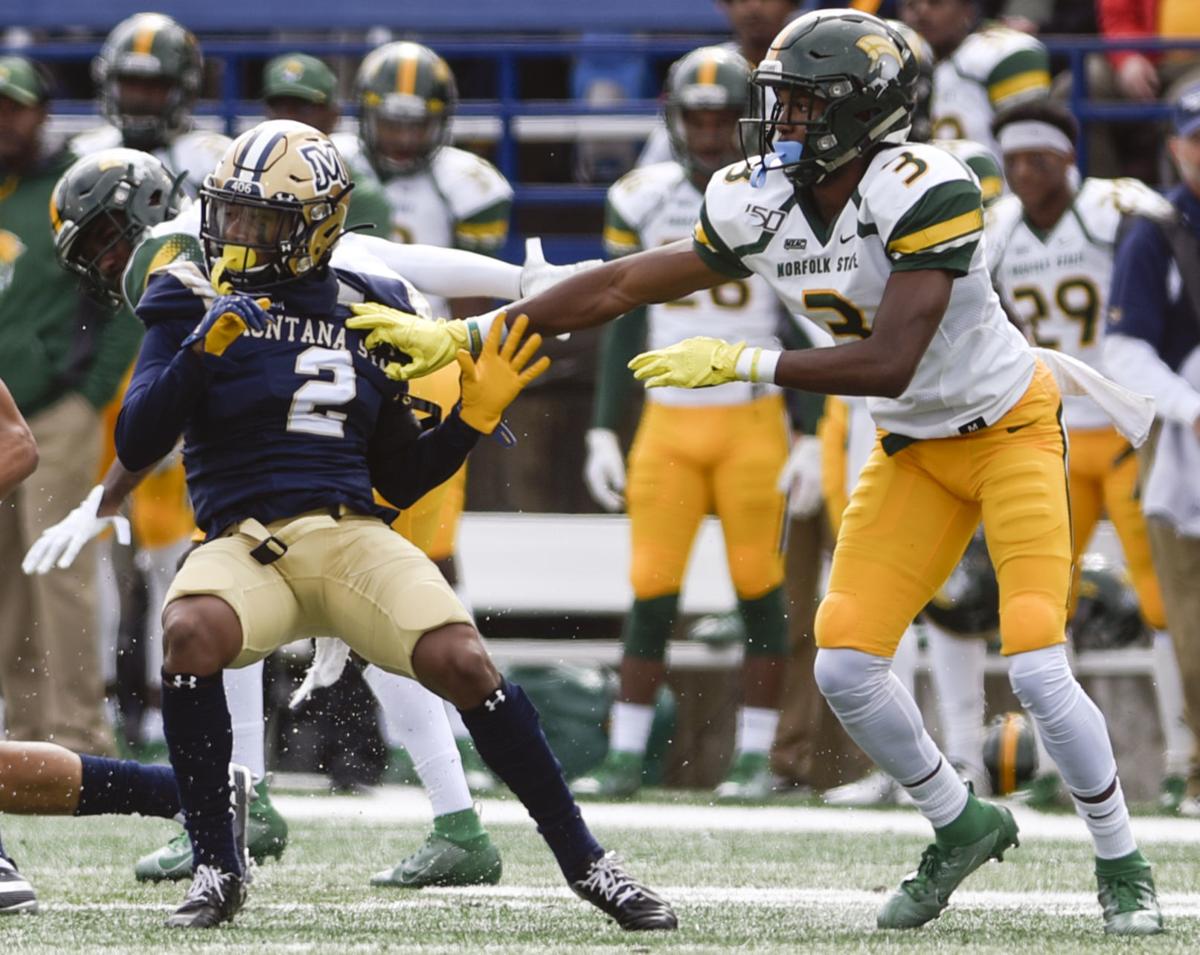 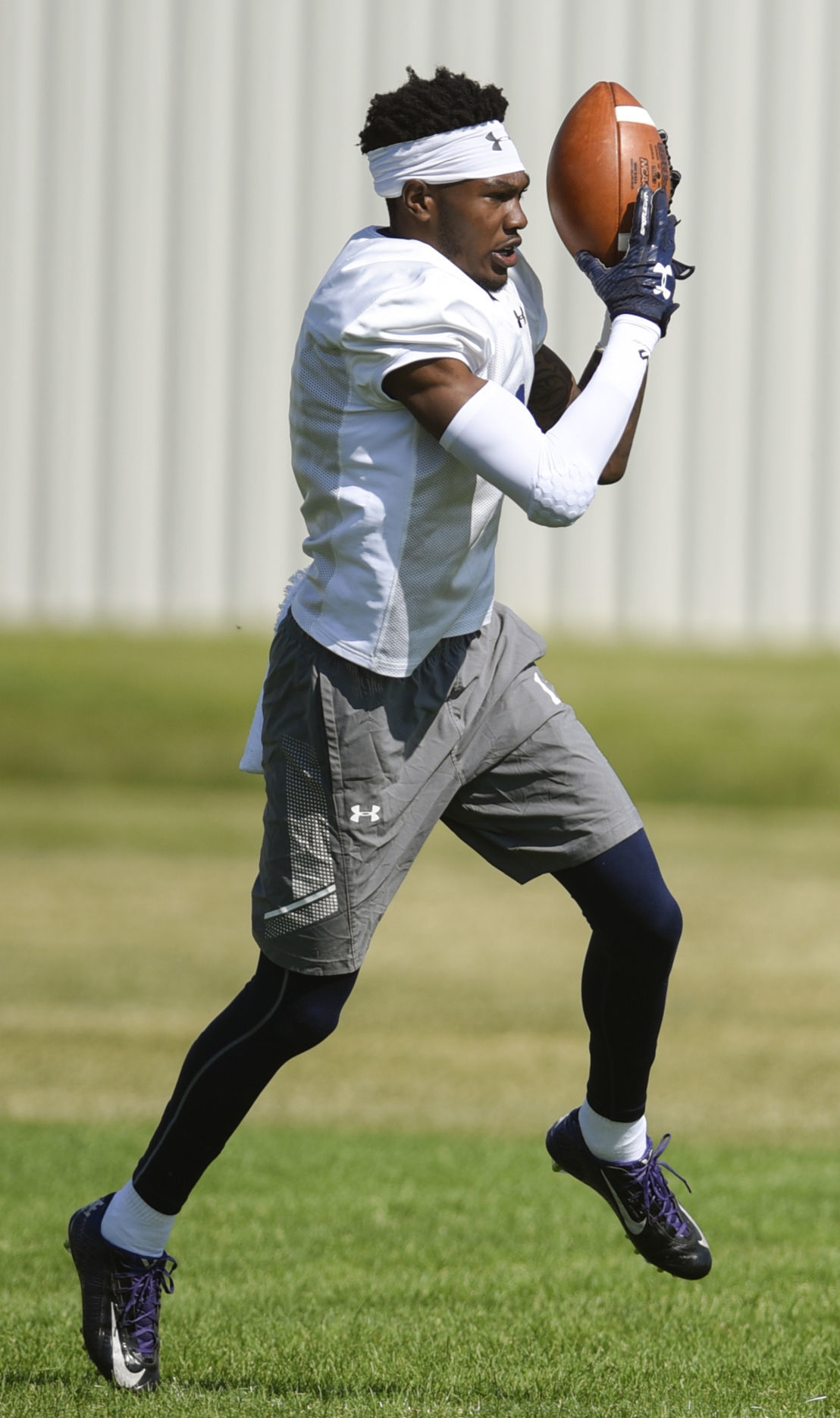 TOP: Montana State cornerback Greg Filer III runs onto the field at the start of the game against Eastern Washington on Sept. 29, 2018 at Bobcat Stadium. ABOVE: Tyrel Thomas intercepts an Austin Peay pass in the FCS quarterfinals Dec. 13.

Through his Montana State Hall of Fame career at safety, Kane Ioane has realized the importance of dependable cornerbacks.

While the Bobcats are losing key contributors at corner due to graduation and transferring, they will bring back two trustworthy starters in Tyrel Thomas and Greg Filer III and other contributors who will bring experience back from last season. This gives Ioane, MSU’s defensive coordinator, reason to relax.

“Having played the position myself at safety and having some absolutely lock-down corners during my day, I can tell you right from experience that that is such a mind-easing scenario,” Ioane said. “Anytime you feel as good at the corners and have the ability to really say, ‘Hey, I can play man-to-man on this guy and take him away,’ you feel pretty good about what you’re doing.”

For a defense that usually depends on bringing pressure with its front seven, MSU’s cornerbacks are often covering opposing teams’ best wide receivers with help from safeties and linebackers. But the Bobcats, who thrived on defense last year, lose their top three safeties to graduation, including all-American Brayden Konkol.

That could mean more responsibility for Thomas and Filer.

Thomas, an upcoming senior, has started in games in each of his first three seasons at MSU. While starting in all but three contests last season and playing in all of them, he intercepted two passes and broke up a team-high 12 more, which put him fifth in the conference, while tallying 42 tackles.

He fueled the Bobcats as they finished second in the Big Sky in scoring defense (22.1 points per game allowed) and defensive pass efficiency, third in interceptions (14) and fourth in passing defense (237.1 passing yards per game).

He proved himself as a junior, however, after transfering from Compton College. He was a Big Sky honorable mention in 2018 after intercepting two passes and breaking up 10, a team high. He was also a Big Sky preseason selection last year before he was hurt.

“We’ve got not only those two guys,” Ioane said, “but we’ve got some other young guys in that room as far as cornerbacks are concerned that can really play some really tight coverage which is what we want to do as a defense.”

Those younger players will not include Ty’Rese Gibson and Ty’Rhae Gibson. The twin brothers from Lawndale, California, announced they were entering the transfer portal on Monday.

Both were in contention of competing for playing time. Ty’Rhae Gibson, for example, started four games as a sophomore and participated in 12 last season, totaling nine tackles and three pass breakups.

Damien Washington also graduated. MSU head coach Jeff Choate called Washington the “steady eddy” of the team because of his dependability. He was among the top five players in the Big Sky with three picks and was tied for sixth with 13 passes defended.

After missing the first eight games of the season because of a knee injury, Ty Okada emerged last season and eventually earned a starting role predominantly as a nickel back. Ioane said Okada will likely move to safety, though. He could still line up man-to-man like a cornerback as needed on passing downs.

Okada’s move could be a sign of Ioane’s faith in the cornerbacks on the roster. That includes upcoming sophomores Level Price Jr., who rose up the depth chart and provided another nickel back option last year, and Eric Zambrano as well as redshirt freshman Tylor Bohannon.

“I feel really good about the talent as far as our corners are concerned and their ability to just cover,” Ioane said. “Without having spring ball up to this point, it’s going to be drastically important over the course of the summer and through fall ball that some guys step up in that regard. I feel like we’ve got some great candidates who are capable of doing that.”

The Bobcats signed six defensive backs in their recruiting class this year, tying offensive line for most of any position group. This illustrates MSU’s dedication to bolstering its secondary.

However, with no spring practices because of the coronavirus pandemic, developing those young players will be more challenging. This could mean the Bobcats will have to rely on their returners even more.

“I’m expecting to continuously improve,” Choate said. “The depth piece I feel awesome about is what we have coming back at corner.”