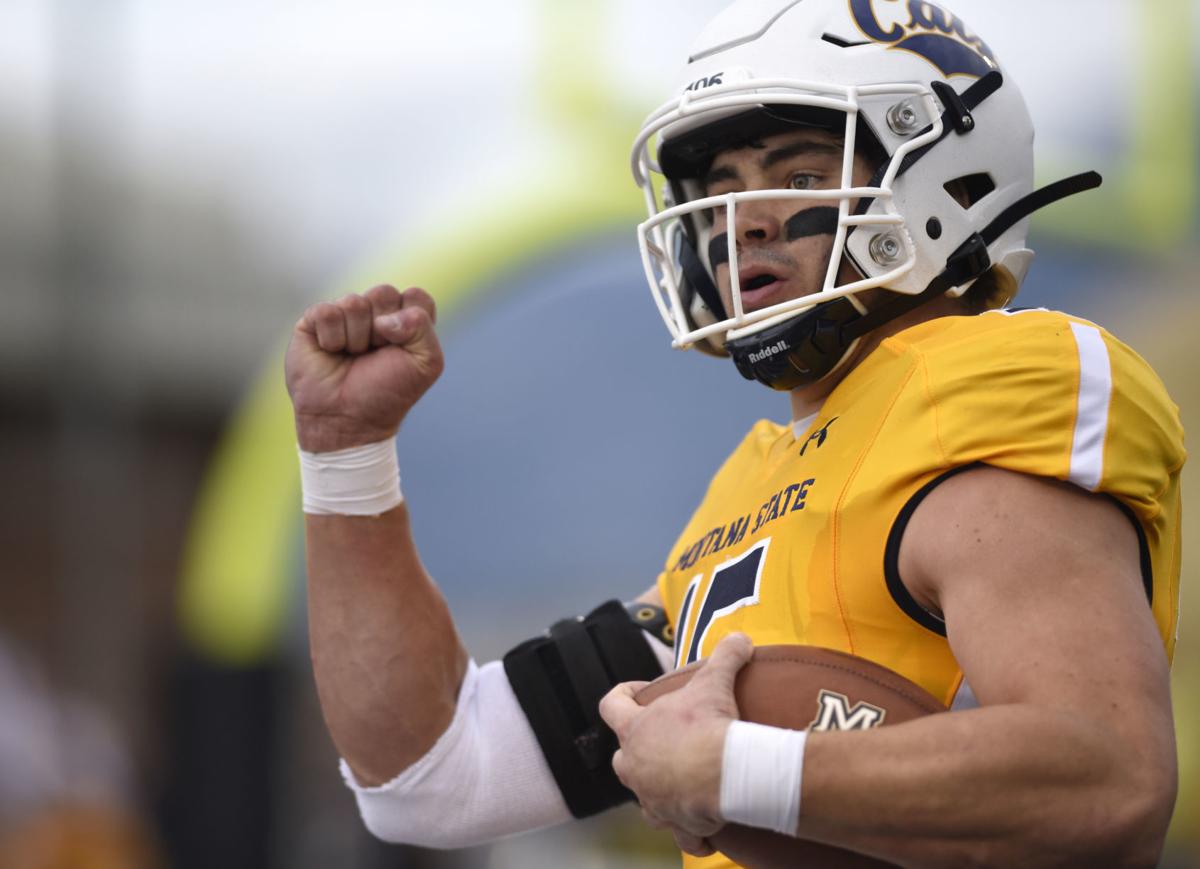 Justin Udy only needed a split second to realize who his team should watch out for.

Udy was an offensive quality control assistant at Texas Tech a year ago. The Red Raiders were ramping up to open their season against Montana State at home.

Troy Andersen’s name was highlighted, a giant star next to his picture on the scouting report.

“It makes it very, very difficult to know what’s being thrown at you when you have a talented kid like Troy,” said Udy, who is now MSU’s offensive coordinator. “He is a guy you have to account for.”

Opponents have had several reasons to watch out for Andersen, who will be a senior in 2020. He was an all-Big Sky selection at linebacker last season and at quarterback the year before. In 2019, he racked up sacks on defense and rushing touchdowns on offense, often in the same games.

But after he took on that heavy workload, he missed the final four games of last season — MSU’s win over rival Montana and its three contests in the FCS playoffs — due to injury. The Bobcats desire to advance further than the FCS semifinals this year, and they will likely need Andersen to remain on the field for that to happen.

MSU coaches hope to keep him healthy while maximizing his multifaceted potential.

“At the end of the day,” Udy said, “if you have an athlete like that, you find every possible way to give them an opportunity to impact a football game.”

The Bobcats have a history of utilizing personnel in a variety of ways. Udy has both coached and schemed against players who contribute on both sides of the line of scrimmage. He believes MSU can correctly deal with all-purpose players because of its practice structure.

Preparing for wildcat packages on offense and involvement on defense, he said, isn’t too complicated.

Andersen is likely to play mostly at linebacker while contributing on offense as he did last year. MSU defensive coordinator Kane Ioane is confident that Andersen, who earned all-American status last year as an all-purpose player, is training properly to set himself up for 2020.

“Troy is always going to be Troy as far as his offseason,” Ioane said. “He’s a guy that you don’t really even have to mention when you’re talking overall big picture because you know what you’re going to get out of Troy.”

Andersen has received NFL hype, including from Pro Football Hall of Famer Gil Brandt. If he stays healthy and continues to fine tune his technique instead of relying strictly on his standout athleticism, Bobcats linebackers coach Bobby Daly said he was “no doubt” that Andersen could thrive in the pros. The MSU coach said Andersen’s measurables and athletic abilities are “second to none.”

“He’s going to be a guy that has a chance to play on Sundays,” Bobcats head coach Jeff Choate said. “There’s no doubt.”

Andersen was recruited to play linebacker out of Beaverhead County, but MSU coaches asked him to mostly play running back in 2017, when he was the Big Sky freshman of the year. The following season, Andersen was shifted behind center and set MSU’s single-season record with 21 rushing touchdowns as a QB.

Last offseason, Choate gave Andersen the choice of playing on defense or offense. Andersen preferred the position he was recruited for, so that’s where he started.

Before he sat out the last month of the season, Andersen was third on the team with 48 tackles to go with 6.5 sacks. In his last five games alone, he totaled 9.5 tackles for loss.

“If you have a guy like Troy Andersen that can come off the edge, that opens up some things you can do,” Bobcats defensive line coach Byron Hout said in an MSU interview.

However, at the time of his injury, Andersen was also leading the Bobcats with seven rushing touchdowns and 6.9 yards per carry on offense and had thrown for another TD.

MSU defensive lineman Kyle Finch, who’s also from Dillon, praised Andersen for his determination and confidence in his abilities. Finch called him a “competitive, hard-nosed guy” in an MSU interview. Those traits, combined with Andersen’s team-first mentality, are why he is open to playing whatever position is assigned to him.

Daly said his staff has talked about Andersen’s workload. How MSU uses him, as in the past, will likely depend on how badly he’s needed on offense.

That also depends on the development of the Bobcats’ offense. If that unit can develop as much as Choate believes it can, Andersen may be needed more on defense anyway.

“Obviously Coach Choate has shown he’s not afraid to play the kid anywhere, and obviously Troy loves to be a part of any game plan whether that’s on offense or defense,” Daly said. “So we’ll just take the season as it comes and see where he fits in.”