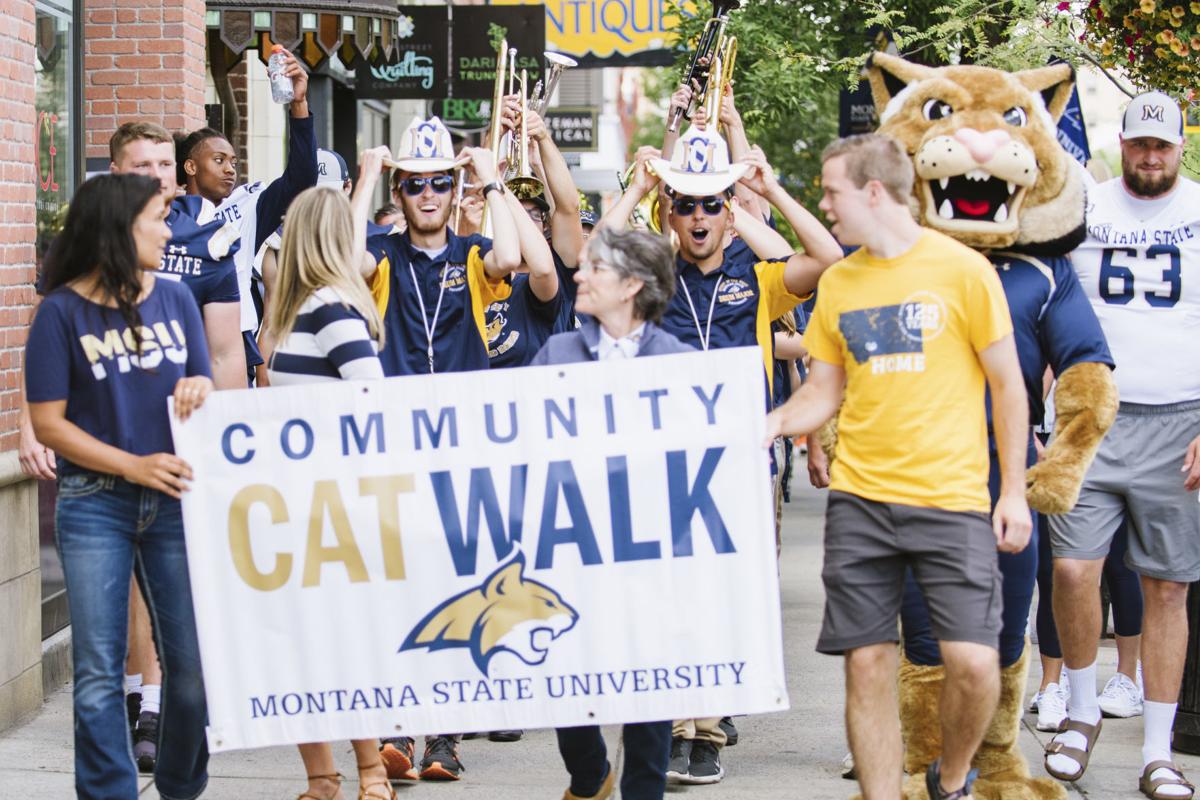 MSU director of athletics Leon Costello and head football coach Jeff Choate spoke to the media via video conferences earlier this week to discuss how the university has dealt with the coronavirus pandemic and the further adjustments that will need to be made.

In his 30-minute discussion, Costello emphasized two points throughout: the importance of flexibility and how “all things are on the table” in planning.

Montana may be in a better position to begin team workouts because of the pandemic’s minimized impact compared to the rest of the country. As of Saturday, 466 coronavirus cases have been reported and 431 have recovered.

Costello said MSU’s top hurdle to returning will be the clearance to gather groups of people for practices. Without a definite treatment or vaccine, he’s not sure how possible that will be.

Choate said he was hopeful of returning to work in some form by early June, adding that was likely the best-case scenario.

“We’re so fortunate that we haven’t been as impacted here from a public health standpoint that some communities have been,” Choate said. “That’s been a blessing for us. We’re all having to adjust and adapt.”

Because of Montana’s handling of the pandemic, Costello is still encouraged that fall sports will happen. “What that will look like,” he added, “we don’t know.”

Costello pointed out several details that need to be considered for the health and safety of athletes, fans and anybody else involved with athletics.

If athletes return to facilities, MSU officials have explored how to screen them for the coronavirus. Fans have also been considered.

Costello pointed to Bobcat Stadium’s metal detectors already used for general entrances. They could be utilized to identify those with higher-than-normal internal temperatures. Fever is a possible symptom of COVID-19.

Costello has also spoken with others at MSU about a possible requirement for those in the press box to wear facial coverings and how to manage traffic patterns as people drive to the stadium to keep a steady flow of people as they maintain distance from each other.

Many medical professionals like doctors, athletic trainers and health officials in Bozeman would be involved, Costello said.

Practices could even be challenging. Costello said MSU is planning for if a player or coach is tested positive for coronavirus. That’s why social distancing, limiting groups of people and facial coverings will likely be implemented early on.

Costello used an example of having position groups practicing together during the football season, as is usually the case. If a running back contracts the virus, he wondered if the team would have to play without everyone at that position. So how teams are placed in smaller workout groups may have to be changed up.

Costello maintained that the first sport to return to official practices would likely be football. To make up for the time lost from canceled spring practices, Costello’s goal is for the team to practice six to eight weeks before the first contest.

That means workouts would begin in mid-July as of right now. If games are pushed back, Costello wants that same timetable for practices to begin before competition picks up.

On Monday, the Big Sky Conference announced it would allow individual institutions to make their own decisions on how they moved forward, as long as it was in accordance with NCAA mandates. The league also adjusted schedules and tournaments for multiple sports throughout the 2020-21 school year. Football and basketball were unaltered.

Costello noted Big Sky ADs agreed that this autonomy was important because of the conference’s large geographic area. Conference schools are in eight states across the western half of the country.

Each state’s government is handling the pandemic differently, so the conference’s leaders chose to give freedom to each athletic department in case teams in some states are allowed to return to play and others aren’t.

“We’re all different. We all generate different amounts of revenue, we all get different funding,” Costello said. “… We need to take a look at it from a conference perspective, but then we’re probably going to have to take that next step too and look at it from an individual institution perspective and what that means for the financial picture for each individual athletic department.”

Choate agreed with the Big Sky’s decision, however adding that he hopes the conference’s athletic departments continue to work together to find common ground.

Both Costello and Choate said discussions about possible falls sports seasons are ongoing. Choate said “tough decisions are coming” but did not elaborate on exactly what that entailed. Costello noted he’s planning as if scholarship numbers won’t change and is “hopeful” he maintains his entire department staff.

“We know this is going to be an unprecedented year and there will be some financial hardships across the board,” he said.

MSU could be vastly impacted financially depending on how much of a football season will happen.

On Tuesday, USA Today reported that smaller schools like those at the FCS level wouldn’t be affected as much as those in the Power Five conferences if football seasons didn’t happen. Costello commented on Twitter that the story was “a short-sided point of view. … It doesn’t take into account programs like @MSUBobcats that generate a large portion of their budgets from football revenues. This would be devastating.”

According to U.S. Department of Education analysis, MSU brought in $8.7 million for football among its total $22.7 million in revenue for athletics in 2018-19.

Costello reiterated in his conference call that MSU is in a different situation than similar colleges because more than half of the athletic department’s operation budget is generated through external revenues like football ticket sales and Bobcat Club donations.

“That’s the last thing we want to think about,” Costello responded when asked how MSU would deal with no football games. “… If there’s no fall season, we’re going to feel it here financially and we’re trying to come up with ways in which we can overcome that happening.”

Costello said he speaks with officials at other Big Sky schools twice a week and has also contacted athletic departments of nonconference opponents. That includes Utah, which is scheduled to pay MSU $675,000 for its game on Sept. 12.

Costello has also talked to Long Island (New York), which the Bobcat football team is set to host on Sept. 5 for their home opener. Leaders there said they still plan to play a season until they’re told by government or health officials that they can’t.

But Costello said conference schedules for all sports take priority, adding that nonconference contests in any sport may be called off to reduce travel.

Because Big Sky teams can decide on their own how much they can participate, that leaves a chance that the conference plays with less teams. Costello said May is too early to decide how many games must take place in a full conference schedule in any sport.

The California State University system also recently announced its suspension of in-person classes in the fall. That includes Cal Poly, which is scheduled to play football in Bozeman on Oct. 10.

Costello said his department is creating contingency plans like rescheduling or using different dates as bye weeks. He’s not yet worried about how national postseason tournaments like the FCS playoffs would be played.

“The conference is our foundation for what we look at whether it’s a basketball schedule or volleyball schedule,” Costello said. “…That’s where we are with sports in general. And then it comes down to institutions in general being able to make those decisions based on budget.”

Without sports, Choate emphasized his priority is taking care of his team.

He said many of the Bobcats rely on MSU for necessities like food and shelter. That’s why he views his responsibility now as taking care of the athletes, not just trying to return to football.

“That’s a piece I think people forget when we start talking about when we get kids back to getting to work out. I don’t even care if they let us work out,” Choate said. “I just want to make sure my kids are safe and that they have a roof over their head, they have a way to get their meals and pay rent.”

Choate consistently is meeting with his coaches and checks in with his players via video chats. If his staff meets in person, he asks them to wear masks, practice social distancing, use only one point of entrance in the building and do so with 10 or fewer people.

“We want to be good stewards, good employees and do our part. It doesn’t make us less of men if we choose to follow the directions and do what the (Centers for Disease Control and Prevention) has told us what we need to do. I think that means we’re doing our part,” Choate said. “… This is what you need to do if you want a chance to play between the white lines in the fall.”