Montana State's Troy Andersen runs with the ball against Sacramento State on Oct. 12 at Bobcat Stadium. 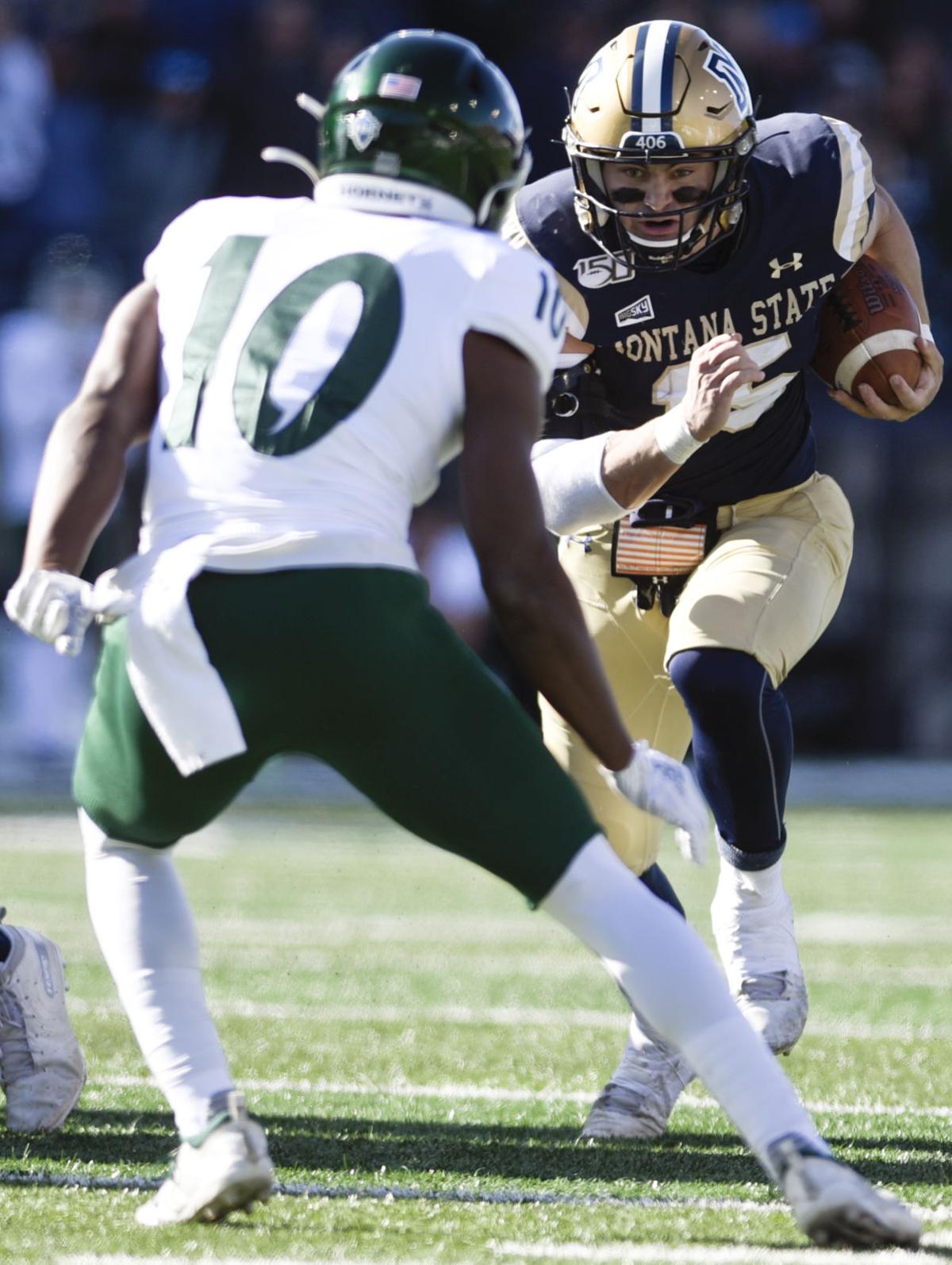 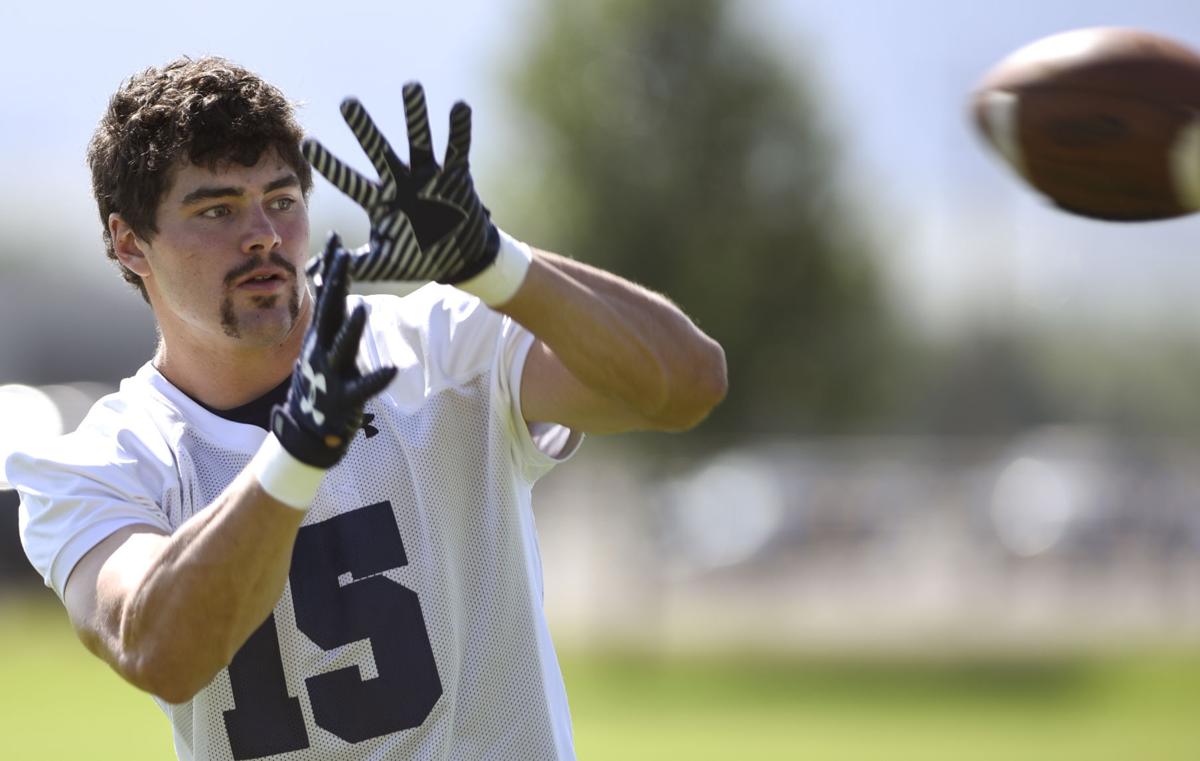 Montana State's Troy Andersen runs with the ball against Sacramento State on Oct. 12 at Bobcat Stadium.

Montana State all-American athlete Troy Andersen will redshirt in 2020 after a surgery for a lower-body injury was delayed by three months during the coronavirus pandemic, head coach Jeff Choate said in a video press conference on Wednesday morning.

Andersen was dealing with the injury since the end of the 2019 season, holding him out of MSU’s final four contests — the Bobcats’ win over rival Montana and their three FCS playoff games.

Because his surgery was pushed back so late, Choate said doctors believed Andersen wouldn’t be ready until the playoffs. So Choate said “right now the plan is” for Andersen to redshirt this year and complete his eligibility in 2021.

The NCAA allows redshirts to play in four games in a season, meaning Andersen still could contribute at some point if healthy.

“We do the right thing for our kids based on the medical contributions we have from our medical staff and based on watching and observing their ability to go out and protect themselves at a high level,” Choate said. “We’ve already taken that out of the equation. We’re doing what’s best for Troy, and I actually think it’s best for our team, too.”

Andersen, an agricultural business major, would’ve been a senior this year. He was the Big Sky freshman of the year mostly at running back in 2016, an all-Big Sky quarterback as a sophomore and was all-conference at linebacker as a junior.

During the video press conference, Choate laid out the timing of Andersen’s recovery.

Andersen was hurt in the second half of MSU’s game at UC Davis, the second-to-last game of the regular season. He sat out against Montana. The Bobcats hoped they would earn a first-round bye in the FCS playoffs and Andersen would be ready for the second round.

But his recovery wasn’t as smooth as hoped. He experienced a setback before the FCS quarterfinals against Austin Peay. He warmed up before the FCS semifinals at North Dakota State but did not play.

Choate emphasized Andersen fiercely wanted to participate in each of those games.

“He’s a competitive guy. He wanted to go,” Choate said. “I just didn’t feel like it was the right thing to do at that point in time. So the information that we had from the physicians was that this would be an injury that would heal with time. It did not require surgery.”

Andersen tried to simply let himself heal for two and a half months. However, more setbacks ensued during winter workouts.

Andersen and his mom then tried traveling to Vail, Colorado, to meet with a specialist physician. But an avalanche temporarily closed the highway they were traveling on, so they returned to Bozeman.

Two weeks later, Andersen scheduled an appointment with a specialist in Minnesota, who said he would require surgery after all. But he delayed that for a family trip to Hawaii, so Andersen intended to have that procedure done after MSU’s spring break in mid-March. He only would’ve missed some preseason activities, Choate said.

But that surgery didn’t happen until two and a half weeks ago because of the pandemic. Andersen had to wait before his desired clinic opened. Because he was out of state, he had to go through coronavirus tests.

So instead of early February, Choate said, Andersen had his surgery in early May.

“This is how messed up this has been for Troy Andersen,” Choate said to the media. “... I’m giving you the Reader’s Digest version of how crazy this whole thing was. Literally, that’s how (COVID-19) impacted him.”

Andersen was recruited to play linebacker out of Beaverhead County, but MSU coaches asked him to mostly play running back in 2017. The following season at quarterback, Andersen set MSU’s single-season record with 21 rushing touchdowns.

Before he sat out the last month of the 2019 season, Andersen was third on the team with 48 tackles to go with 6.5 sacks. In his last five games alone, he totaled 9.5 tackles for loss. He was also leading the Bobcats with seven rushing touchdowns and 6.9 yards per carry on offense.

He has received NFL-level attention from many national outlets, including from Pro Football Hall of Famer Gil Brandt. Choate, who has worked at Washington, Washington State, Florida and Boise State, said Andersen is as skilled as any of the players he’s coached. But he believes his roster is also loaded with talent in Andersen’s absence.

Offensively, the Bobcats could miss Andersen’s impact as a wildcat quarterback, especially with Travis Jonsen graduating. Jonsen, a wide receiver who signed as an undrafted free agent with the Tampa Bay Buccaneers this offseason, was third on MSU with 526 rushing yards last year.

However, the Bobcats are unlikely to change their run-first identity, regardless of who starts at quarterback. Upcoming junior Isaiah Ifanse appears ready to take a hefty share of carries after missing time in 2019 due to his own injuries. He’s the team’s leading returner with 813 rushing yards last season.

Choate and MSU defensive coordinator Kane Ioane have also commended Daniel Hardy for how he stepped in when Andersen was out. The upcoming senior totaled 2.5 tackles for loss in the final four contests of 2019.

“He has the physical tools and abilities and talent to really blossom. You really saw that as the year progressed,” Ioane said in March. “He’s a guy we’re continuing to look for to develop and really expand his role for us.”

When playing without Andersen on their run to the FCS semifinals for the first time in 35 years, Choate repeated how proud he was that the Bobcats rallied and continued winning. He expects them to do so again in 2020.

“I truly believe Troy is the best player in the FCS,” Choate said. “And yes, is it going to hurt for us to lose him? Yeah. Is it going to galvanize our team and put a big chip on our shoulder? You bet.”