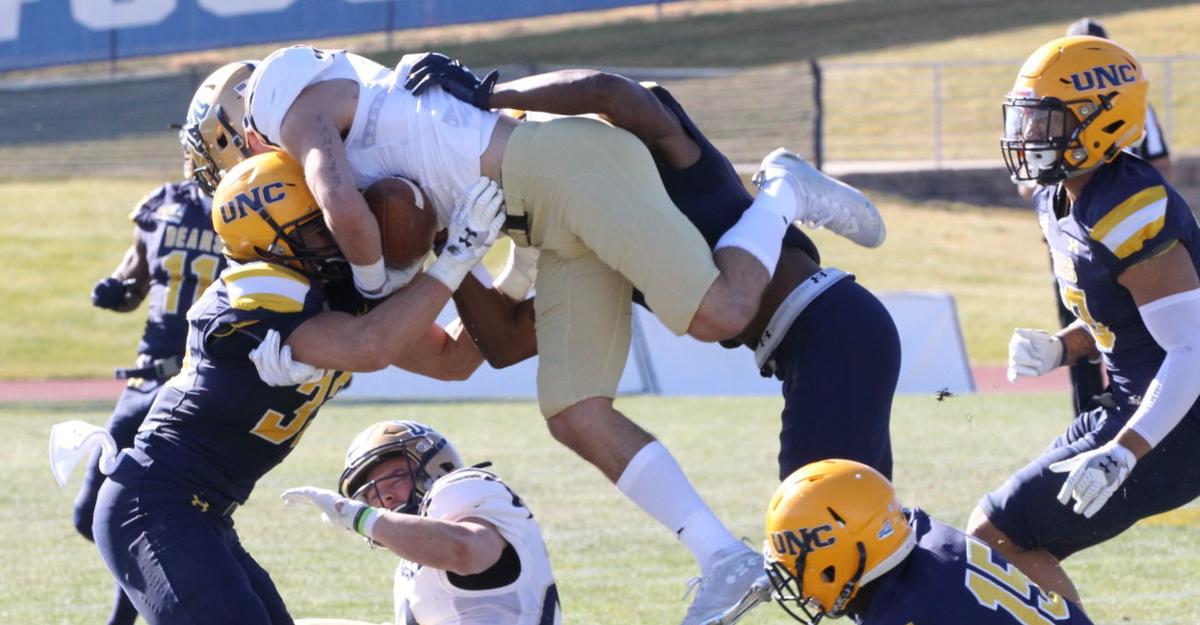 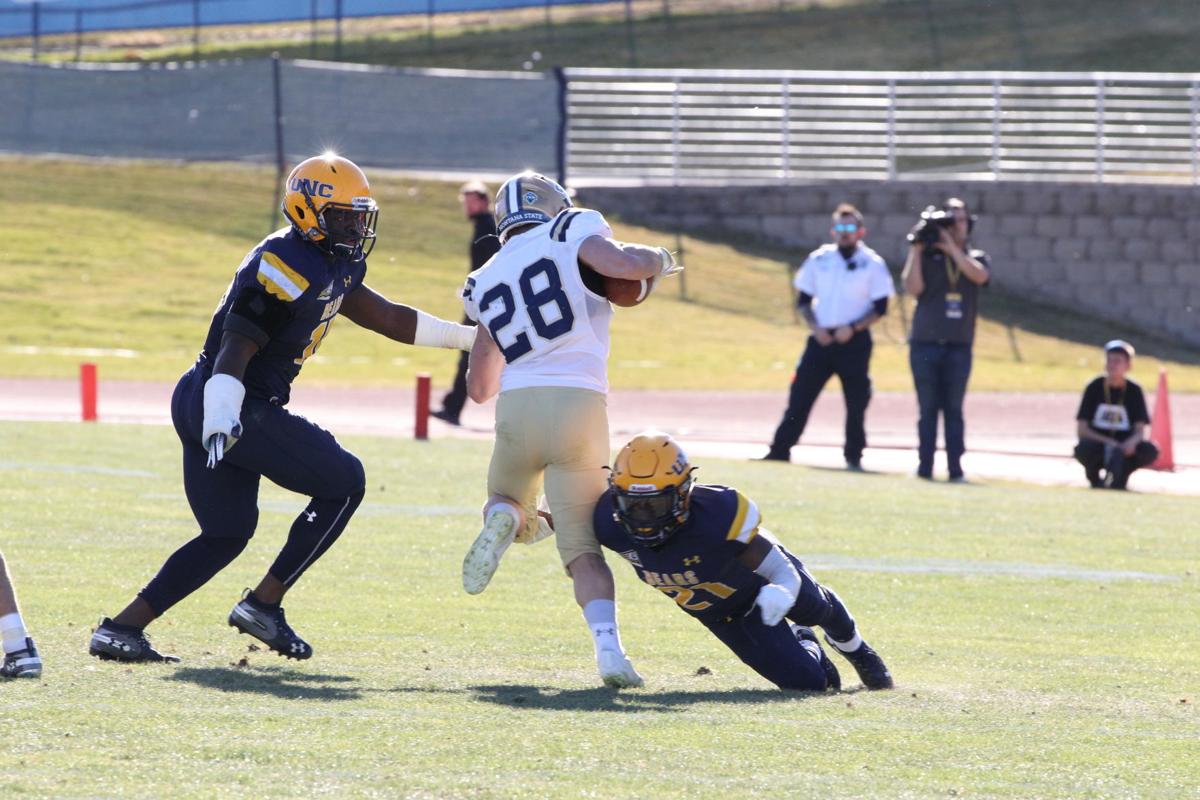 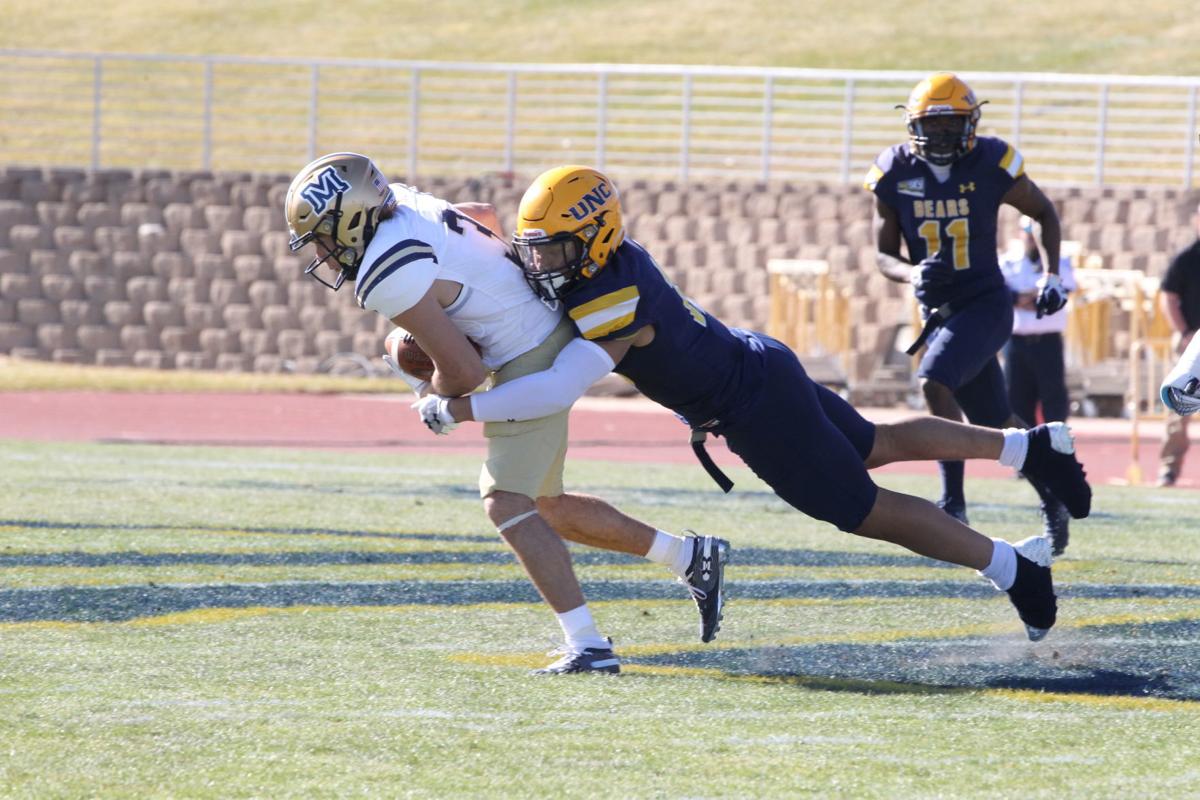 GREELEY, Colorado — Jason Scrempos was too stoked, he couldn’t help himself.

The Montana State defensive lineman caught a pass in the back of the end zone, keeping his feet inbounds for his first career touchdown. He immediately threw the ball down in a Rob Gronkowski-like spike. He may not have been expecting the flags that followed, possibly because he had never been in such a position.

Bobcats offensive coordinator Matt Miller utilized many of his weapons in unique settings. And that disarmed the Northern Colorado defense as No. 12-ranked MSU toppled the Bears 45-14 on Saturday at Nottingham Field.

“Whoever’s tried to run right at them, it hasn’t been that effective,” MSU head coach Jeff Choate said. “We knew coming in that that’s what we do, and we had to manufacture a way to get some good yardage. Coming in that was the plan: Soften the edges and then counterpunch as the game went along.”

The Bobcats (7-3, 4-2 Big Sky) showed early they were open to mixing players around on offense.

On the very first play, Andersen lined up behind center with three other backs behind him in a stacked I formation. On MSU’s first scoring play less than five minutes in, Andersen caught a shotgun snap, faked a run, jumped and passed to Scrempos for a 2-yard touchdown.

The play was available because UNC’s defense was sucked into trying to stop Andersen’s run. The Bears weren’t ready for it.

“We’ve had it marinating for a while,” Andersen said of the play. “It was wide open.”

Without star running back Isaiah Ifanse, who didn’t make the trip to Colorado, the Bobcats strayed from their traditional up-the-middle run game. Instead, they handed off several times to their wide receivers on gadget plays.

The variety worked, even without wide receiver and offensive focal point Travis Jonsen sidelined. The Bobcats rushed for 451 yards on 9.8 yards per carry. Among MSU’s 11 rushers Saturday, just three were running backs.

Wide receiver Tyrone Marshall was handed the ball three times on jet sweeps, and he ripped off 64 yards. Davine Tullis scampered for 63 yards on seven carries including 45-yard run in the fourth quarter. Willie Patterson, in his first game back since the second week of MSU’s season, also nearly scored on a handoff.

“I think they did really well. All of them seemed to get loose,” Bobcats running back Lane Sumner said of his wide receivers. “Everybody had their play.”

All of this helped set up MSU’s normal plays. Sumner explained that the threat runs by wide receivers kept UNC’s defensive ends from pinching in toward the backfield and forced them to play more upfield. It made the Bears linebackers honor the perimeter runs so they couldn’t thoughtlessly crash to the inside.

Andersen scored on an 11-yard rush, one where he faked a jet sweep handoff, and UNC bit on the play action. Andersen, who often draws heavy defensive attention, waltzed into the end zone for his 32nd career touchdown.

“I think we do a good job of using our entire roster to benefit us,” Choate said, “and certainly Troy is a big piece of that.”

Sumner noticed early on the impact that made. When Andersen is on the field, Sumner said that itself opens up holes for other players because defenses are so dedicated to stopping the all-American athlete. Sumner, for example, rushed for 72 yards and a touchdown. Logan Jones led the rushing effort with 122 yards on 11 carries with another touchdown.

To start the third quarter, Jones bolted through UNC’s defense for a 57-yard gain. That set up his 1-yard TD run out of a traditional I formation with quarterback Tucker Rovig under center, where he rarely is.

“We talked about softening up the edges,” Sumner said. “We did a lot of outside runs instead of the typical inside, straightforward, downhill game. That kind of opened stuff up in the second half.”

MSU’s defensive players even provided a considerable amount of scoring. Linebacker Callahan O’Reilly ran for a 73-yard touchdown on a fake punt in the third quarter that effectively put the game away to go along with scores from Scrempos and Andersen.

The Bobcats didn’t need to score in a traditional way. They just needed to score.