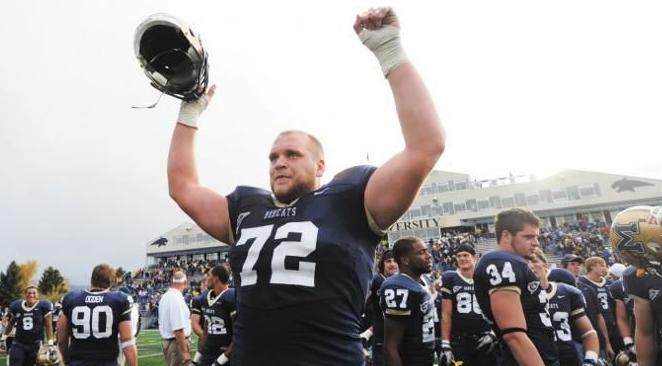 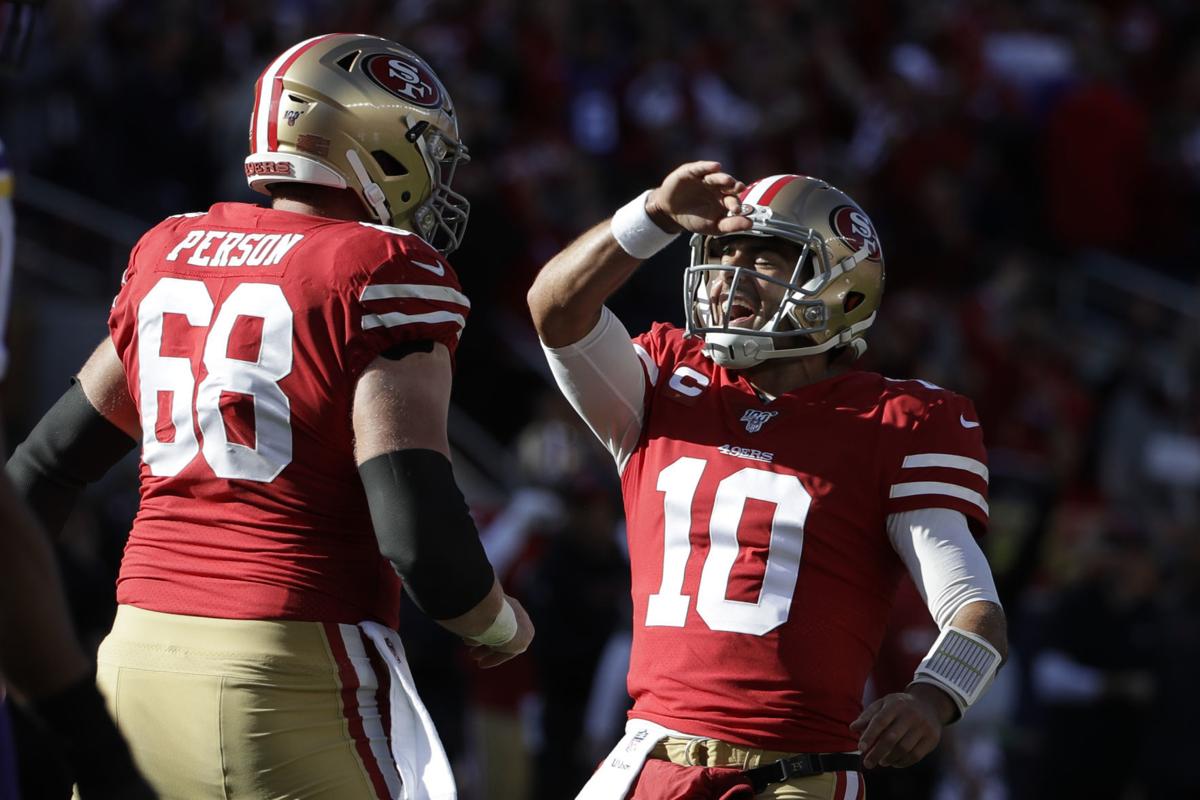 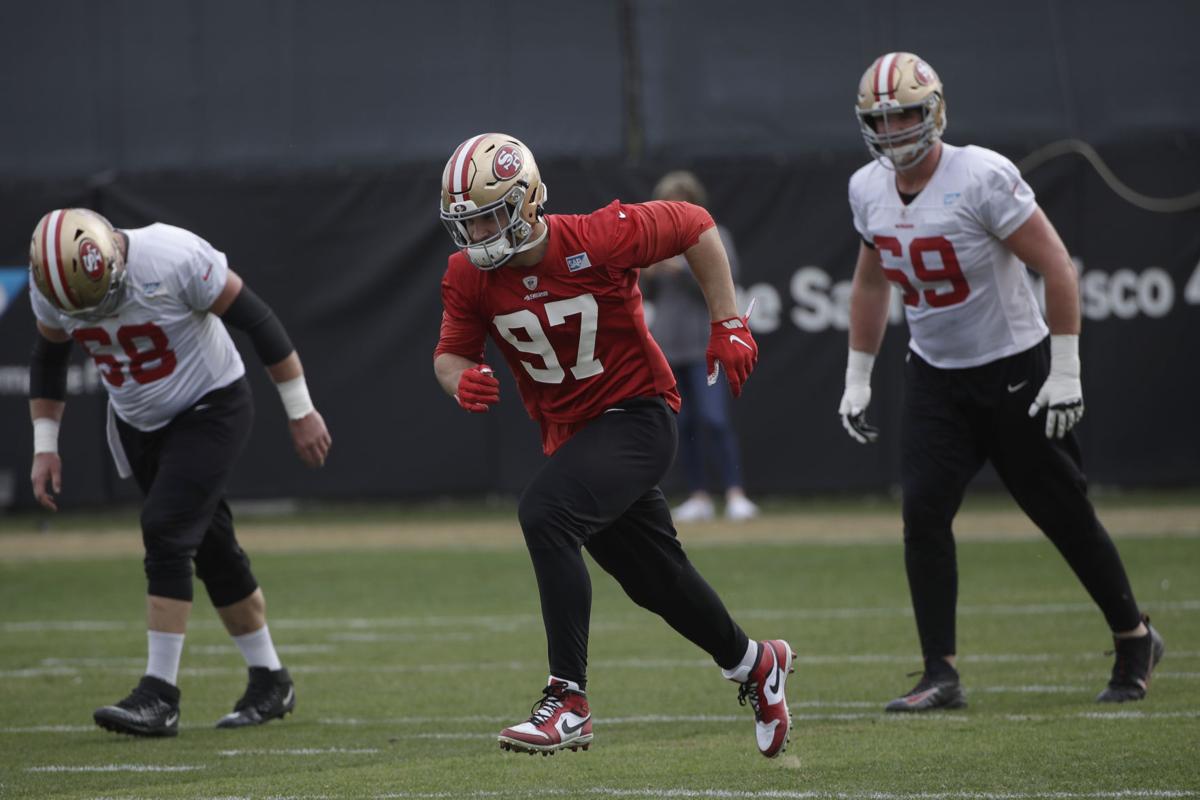 Mike Person gazed at his phone, showing he was receiving a call from an unknown number, and dread followed. He knew exactly what was going to happen next.

He waited beside his wife, Kelly, as she was receiving an ultrasound, a checkup on their eventual second child. Person had to leave the room.

An Atlanta Falcons front office member was on the other line. He had been released. Person spotted a seat somewhere in the hospital, overcome with too many emotions to comprehend. He had been cut before, but not like this.

“The journey we’ve been on has led to where we’re at now,” Person said. “So I wouldn’t go back and change a thing.”

The brutal moments have defined Person’s career. As a Glendive native and Montana State graduate, he learned how to move forward from failure. He battled injuries, for roster spots and in games.

The 2011 seventh-round selection was “pretty close” to retiring in 2018. He questioned how much time he had left. He declined NFL workout offers and decided his dreams were behind him.

Then the San Francisco 49ers, the team that drafted him, called. He couldn’t pass on playing for head coach Kyle Shanahan, an offensive guru Person loved playing for when he was with the Falcons. So he decided to keep battling.

Now Person will become the ninth Montana-born player to play in a Super Bowl when he starts at right guard for the NFC champion 49ers against AFC champ Kansas City on Sunday in Miami.

Person, 31, had been cut by the 49ers in 2012, the year they made a run to the Super Bowl. He was released by the Seattle Seahawks in 2013, the season they won the title. And he painfully watched from home when the Falcons, some of his closest friends on that team, appeared in the Super Bowl and blew a 28-3 lead before losing to New England in overtime.

Person’s tribulations led to his latest triumph, however. He’s started 16 games at right guard this year. Among the 1,058 snaps he’s been on the field for, he’s allowed just one sack and committed two penalties with none of those mistakes in the two postseason games, according to Pro Football Focus.

At Dawson County High School, Person said he was surrounded by work ethic. He had to learn to fit in. Growing up in Montana was a challenge by itself. His only way to success was perseverance.

“People from Montana, they learn to adapt,” Person said. “They learn how to thrive through those challenges.”

Fletcher made the NFL and played in a Super Bowl for the Patriots during the 2011 season. The former linebacker said he became better because of practices spent trying to shed blocks from Person, who became an all-American left tackle by his senior year.

“Couldn’t be a better person on and off the field,” Fletcher said. “To go against him on the field was challenging every day just because he’s a hard-headed, big ole country boy that knows nothing but to work hard. … And to see him at this level and being healthy and competing as he has is an unbelievable accomplishment. It all comes down to how hard he works and how he won’t give up.”

Person believed he was ready for the NFL out of college. When he arrived, so much was different compared to the FCS level.

He had no idea if his career would last. He only worried about the next snap. He wasn’t drafted highly, so a long-lasting roster spot wasn’t guaranteed. He was only hoping to survive.

Person spent his entire rookie season on the 49ers’ roster and was cut in 2012 having not yet appeared in a game. This led to a tumultuous ride of eight stops in nine years. He was with the Indianapolis Colts for 10 days, then the Seahawks, then the Rams, then the Falcons, then the Chiefs. After what he described as a lackluster training camp, he was cut from Kansas City in 2017 and didn’t receive another offer for four weeks — “a gut-check moment,” he said. He earned another shot to play for the Colts and is back with the 49ers now.

Every time he lost his job, Person remained motivated. He realized how expendable he was to other teams because he wasn’t a prized free agent or draft pick. Every chance with a team was another crucial shot he needed to maximize.

“You’ve just got to keep pluggin’,” Person said. “There’s always going to be better days ahead for you if you just keep on pounding through what you’re going through right now. Your confidence, it takes hits when you’ve been cut and released. You just have to tell yourself that you are good enough for this.”

The cuts continued, though. The stress of moving in a moment’s notice weighed on Person’s family.

Following his departure from the Colts, a stint that included 12 appearances and four starts, he contemplated retirement. He sat down with his wife at their kitchen table and discussed the future.

The New Orleans Saints offered him a tryout following the 2017 season. Person turned it down. “My heart wasn’t in it,” he said.

Three weeks later, the 49ers rang. His past with the franchise, which had released him and set him on his journeyman path, didn’t matter. Future and potential did.

Almost the entire organization, including the head coach and general manager, had changed. He desperately wanted to play for Shanahan again, the Falcons’ offensive coordinator when Person was in Atlanta. Person already understood the playbook revolved around an offense he called “an O-lineman’s dream.”

“It was kind of the perfect situation,” Person said. “I love the way he does things and the way he operates. It’s just been a dream come true to be able to come here.”

Shanahan knew exactly the types of players he needed. A veteran who knew the playbook and could teach others its intricacies didn’t hurt. Person had impressed him in their previous time together. At 6-foot-4, 300 pounds, he fit right into his zone run scheme.

His versatility — he could play either guard spot or center — was valuable. When Person worked out for his team among a group of three linemen, Shanahan noticed Person was in the best condition. He was ready for yet another shot.

Person wasn’t a strong candidate to start after inking a one-year contract in 2018. His consistency and toughness changed that. Shanahan has continuously said he wants others to challenge Person for his starting role, but he hasn’t lost it.

As two other linemen dealt with injuries before the 2018 season, he was catapulted into the starting lineup. He had 18 career starts before signing with the 49ers, 14 with the Falcons in 2015. Despite exiting San Francisco’s season opener with a foot injury, he started all 16 games in 2018.

“Mike earned the respect of everyone in our building,” Lynch said at the time. “Aside from his toughness and durability, he brings tremendous versatility to our offensive line.”

Last season’s 4-12 record didn’t matter to Person. He felt the foundation for a thriving team had been set.

Quarterback Jimmy Garoppolo remained healthy, and the 49ers utilized a potent rushing attack and stifling defense on its way to becoming the No. 1 seed in the NFC playoffs.

With Person in the interior, the 49ers’ offensive line plowed ahead as they became the No. 2-ranked rushing team in the NFL despite a steady change at running back.

Person believes the wins are a result of perseverance, not just his. He pointed to Raheem Mostert, the 49ers running back who is playing for his fifth team in his career but rushed for a playoff franchise-record 220 yards in the NFC championship. With Person starting, San Francisco totaled 471 rushing yards in two playoffs games.

“That’s what helped our team along so much this year and having the season that we have is just our locker room is the best I’ve ever been around. There’s not one guy who’s in it for himself,” Person said. “I know it sounds corny, but this team, it’s a group of brothers.”

Person suffered a neck injury and missed the last two weeks of the regular season. When asked whether Person may have lost his starting role following the injury, Shanahan quickly shot that down.

He had earned the respect of his coaches and teammates, just as he did in college.

“Knowing Mike ... that’s just a guy you don’t have to worry about,” Fletcher said. “He just puts his nose to the grindstone and is hungry to win this thing so I’m pretty excited for his opportunity here, and hopefully he brings it home.”

Now Person is in the Super Bowl, a place previously elusive to him. His possible place in history is the result of trials he wouldn’t change. None of this felt real after the NFC championship over a week ago. He gave himself just one day to ponder the accomplishment, though. His fight isn’t over.

No matter the result, Person won’t retire like he was so close to doing not so long ago. Through the turmoil, he’s found stability. He knows his path forward.

“I’m definitely not close to being done,” Person said with a laugh. “It’s pretty cool to finally get this chance, to get this opportunity to play in this game. I’m really looking forward to it.”