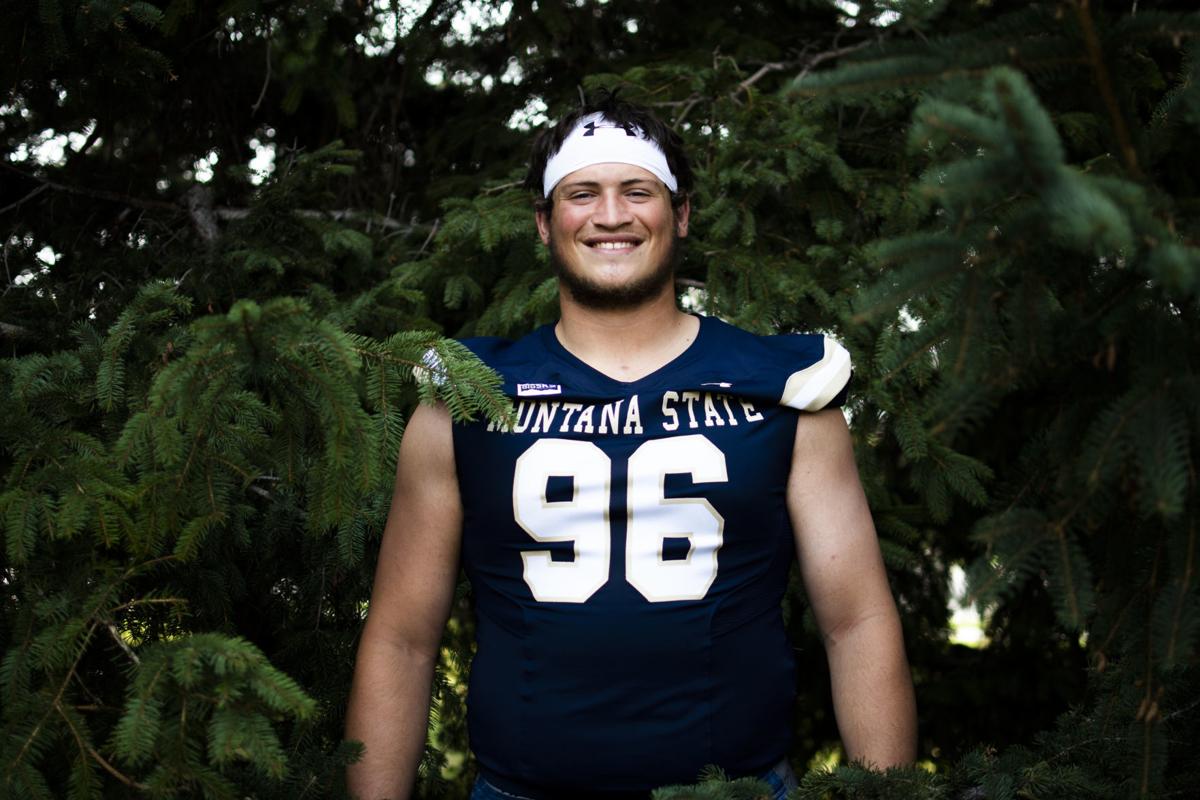 MSU defensive lineman Zach Wright built an invention to help law enforcement following a car accident in which someone died but he survived. 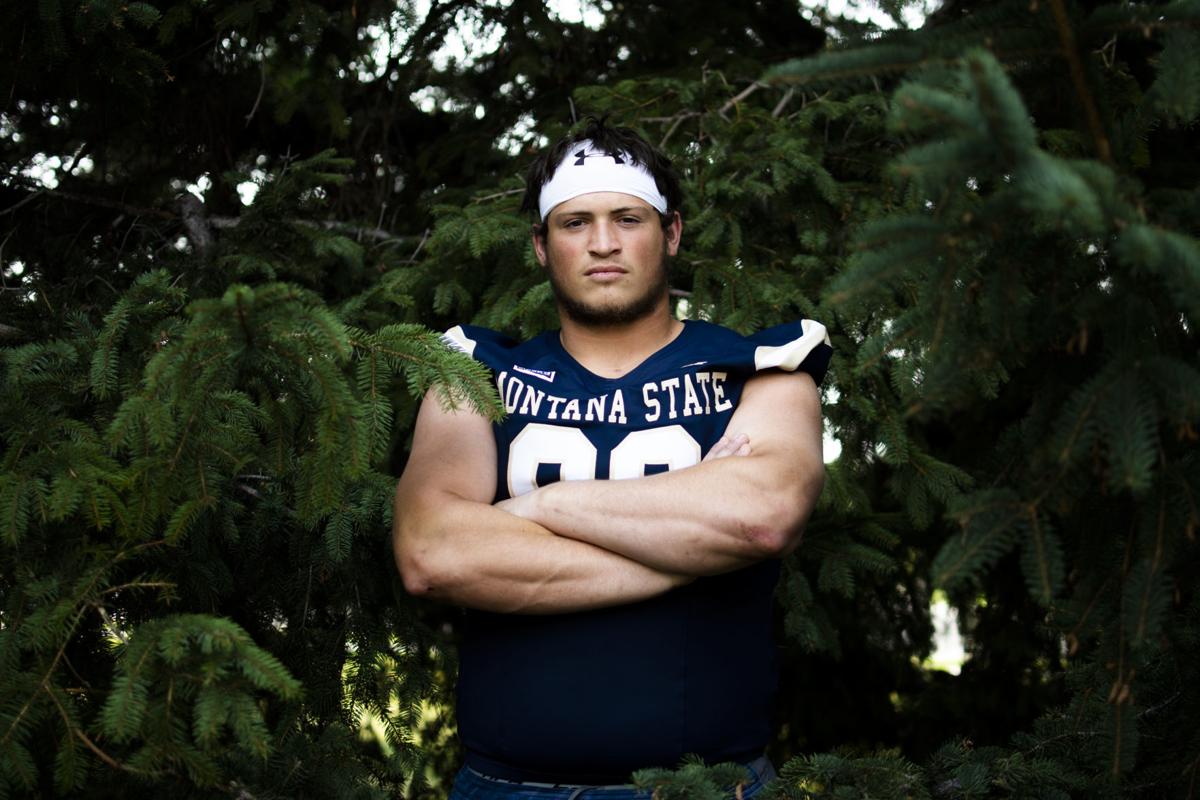 Montana State defensive lineman Zach Wright built an invention to help law enforcement following a car accident in which someone died but he survived. 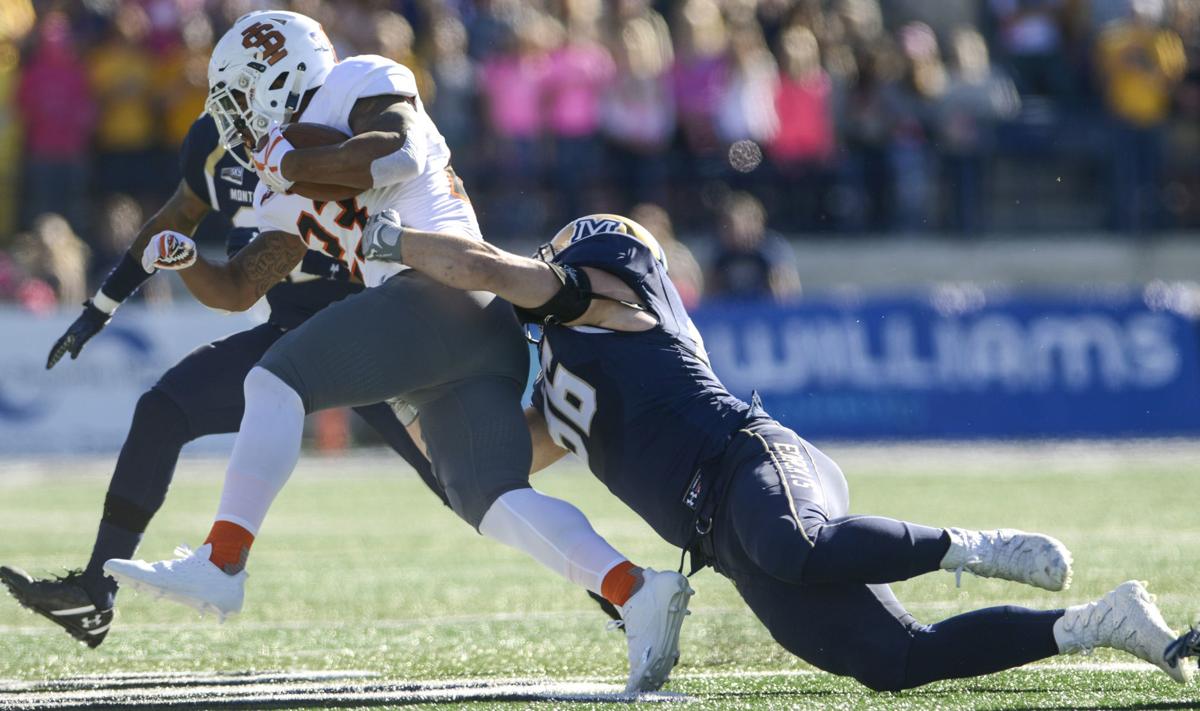 MSU defensive lineman Zach Wright built an invention to help law enforcement following a car accident in which someone died but he survived.

Montana State defensive lineman Zach Wright built an invention to help law enforcement following a car accident in which someone died but he survived.

Just a few seconds or a few degrees difference and everything could’ve been different for Zach Wright.

An early March morning in 2014 was the foggiest Wright had ever seen his hometown of New Braunfels, Texas. Wright was on his way to get breakfast, driving about 40 mph on a four-lane road. He was supposed to go to a debutante ball later that day.

With little visibility, another vehicle pulled out in front of Wright. He tried to steer away as quickly as he could but collided with the other vehicle’s driver’s side door.

Wright’s life went in slow motion as his vehicle spun several times before stopping. Wright took a few moments to realize what had just happened. He turned to see the engine block of his truck sticking out the passenger side.

Just a few seconds or a few degrees different and Wright may not have went on to become a Big Sky honorable mention defensive lineman for Montana State as he did. While Wright escaped with just a jammed finger, he learned from police the other driver died later that day.

Wright, who was 17 years old at the time, met the wife of the man who died in the accident. She told Wright that she couldn’t blame him, but Wright apologized anyway.

Wright realizes just how lucky he was. He thanks God everyday for keeping him alive.

“It wasn’t really anyone’s fault,” Wright said. “Everyone asks what I could’ve done differently, but I’ve looked through it over time. It’s one of those random acts that you barely have time to process anything. It’s something that you deal with. You just have to move on.”

Wright still went to that ball “to make sure that girl still got her special day.” The way he looks at it, the accident was a growing experience, a way for him to do something with his life that was spared that foggy day.

Wright was thankful for how his town’s police department treated him in the chaos of the moment and felt he needed to repay the favor. He was dating the chief of police’s daughter — and still is — so just two days later Wright asked what he could do. The teenager was pointed to the SWAT department.

Wright is thankful he wasn’t just given an inconsequential task like waxing the floors. The SWAT department gave him a real problem and told him to get after it.

Wright learned that SWAT teams have issues breaching commercial steel doors like at restaurants or banks. Unlike normal doors, they’re specifically designed not to be breached so they open outward, meaning they can’t be rammed in since the door rests against the frame. Normally, SWAT teams breach mechanically with a crowbar and a hammer or via explosives, which Wright said is faster and generally the way to go in high-intensity situations. However, explosives aren’t cheap and cause collateral damage that can be dangerous to people inside the building and others around.

Having grown up reading piles of non-fiction books like encyclopedias for enjoyment, Wright believes he learned to pick things up quickly. The business major worked on a ranch back home, so he was familiar with metalworking. Thus, the “hobby engineer” was born.

So Wright got to work. He got together with some friends and by trial and error came up with multiple prototypes of an invention that uses the mechanical breaching method with the same effect as explosives. Although Wright can’t give away too much because it’s not yet patented, the device is meant to be deployed on the door and from there it rips the door off its hinges. To this day, Wright is coordinating with Bozeman’s police to continue his project.

“He’s so hard working,” said Tucker Yates, who plays next to Wright on MSU’s defensive line. “The things he’s doing with his door-breaching device, it’s so impressive how hard he’s working on that, working on football and getting good grades. It just shows how hard he’s worked his whole football career. He produces on the football field and is exactly what you want in a football program.

“If they could have three Zach Wrights on the D-line, they would have him.”

Yates felt he and Wright shared the same values from the day they moved in together in their freshman dorm. Yates has seen Wright grow from a smaller freshman into a contributor his sophomore year into a captain their senior year.

Bobcats head coach Jeff Choate said Wright’s leadership abilities weren’t born to him. While Wright led by an example for a few years, Choate believes Wright has accepted the challenge of becoming a vocal leader and motivating his friends and teammates when needed.

“It’s hard to call your peers out. It’s hard to demand excellence from somebody who is in the same shoes you’re in and to separate yourself and be that enforcer rather than just the encourager,” Choate said. “It’s easy to tell people they’re doing a good job. It’s hard to correct him. It’s hard for us as adults let alone a guy that’s in a locker room with other guys. If there’s one thing that I would say Zach (Wright) really brings to the table for us is his ability to be a vocal leader.”

Choate said Wright plays with plenty of passion and heart. Wright said he brings the same approach to football as he does life.

“Being able to affect the world has been something I’ve always wanted to do,” Wright said. “This is my little slice of it that I can help out with and maybe help someone that needs help inside a building the police officers can get to or maybe save the police officer’s life while they’re trying to do their job. Any little bit of help that I can give is worth it for me.”